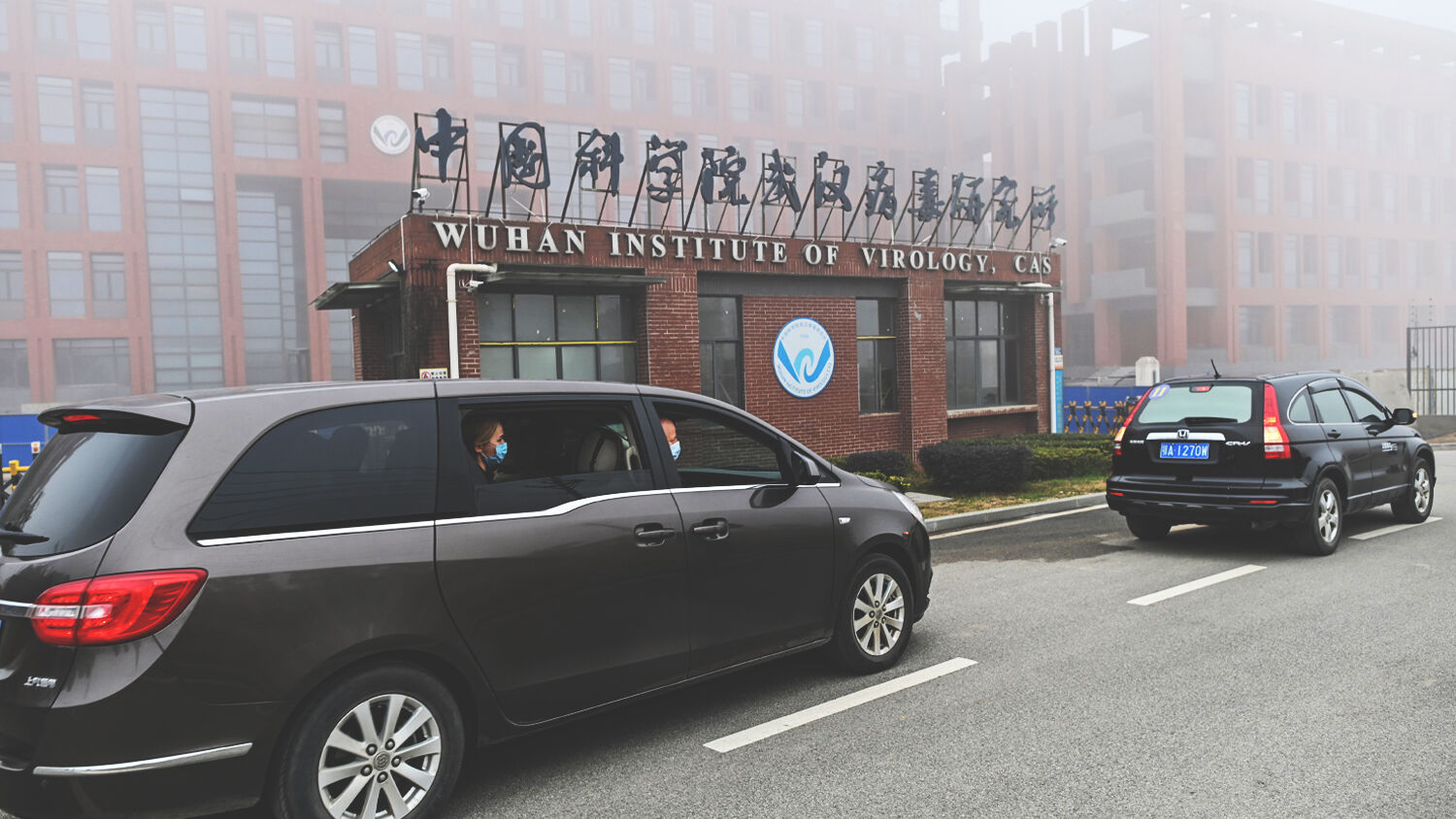 Members of the World Health Organization team investigating the origins of covid-19 arrive at the Wuhan Institute of Virology in China’s central Hubei province on February 3.
HECTOR RETAMAL/AFP/Getty Images

One of the greatest cover-ups in modern history is being exposed.

The murky origins of covid-19 are becoming clear. On August 2, Rep. Michael McCaul released a report compiled by the Minority Staff of the House Foreign Affairs Committee titled “The Origins of COVID-19: An Investigation of the Wuhan Institute of Virology.” It shows that “the preponderance of evidence suggests sars-CoV-2 was accidentally released from a Wuhan Institute of Virology laboratory sometime before Sept. 12, 2019.” The report cites multiple pieces of evidence supporting its conclusions, including actions by Chinese and Americans to cover up the dangerous research being done at the Wuhan laboratory. It also provides a timeline of events leading up to the virus’s release.

The report is worth reading. It describes an account of how six Chinese miners contracted an unknown disease in April 2012 while working in a cave in Yunnan province. After three miners died from this strange illness, the Wuhan Institute of Virology sent researchers to collect bat samples from the cave. Three years later, the Wuhan Institute of Virology teamed up with British zoologist Dr. Peter Daszak and American microbiologist Dr. Ralph Baric to develop a vaccine against novel coronavirus. But since the coronaviruses they were studying could not affect human cells, they spliced the spike of a bat coronavirus onto a mouse-adapted sars-CoV-2 backbone to create a new virus capable of infecting humans. Then, in August 2019, one or more researchers at the Wuhan Institute of Virology became infected with a virus either collected from the Yunnan cave or engineered in the Wuhan laboratory.

These infected researchers traveled by metro in central Wuhan, spreading the virus. When officials became aware of what was happening, the Communist Party sent Maj. Gen. Chen Wei to take over the coronavirus research facility and instructed a genomics company to start sequencing the virus. But as soon as this gene sequencing was complete, China’s National Health Commission started arresting doctors and ordering institutions not to publish any information related to the “unknown disease.” Dr. Baric had previously stated that “molecularly cloned viruses were indistinguishable from wild type,” but apparently, the Communist Party did not want to take any chances. With help from Dr. Anthony Fauci and Dr. Daszak and the World Health Organization, the Communists covered up the virus’s true origins and turned what should have been a local outbreak into a global pandemic.

cnn, msnbc, abc News, nbc News and cbs News failed to cover the House Foreign Affairs Committee report because it was authored by Republicans. But some Democrats are now admitting that the Wuhan lab-leak theory is likely true in the face of overwhelming evidence.

Yet the Biden administration is still trying to cover up Dr. Fauci’s role in this scandal. House Republicans are broadcasting that the Fauci-led National Institute of Allergy and Infectious Diseases (niaid) funneled more than $826,000 to the Wuhan Institute of Virology through Dr. Daszak’s EcoHealth Alliance. So the National Institutes of Health has taken its database tracking U.S. taxpayer-backed research grants offline. Apparently, the Biden administration wants Dr. Fauci to continue warning the public about the “Delta variant” without the distraction of journalists investigating the financial ties between the niaid and the Wuhan Institute of Virology.

Representative McCaul​ has accused the Communist Party of engaging in the “greatest cover-up in human history,” and he may be right. With help from the niaid, EcoHealth Alliance, and the University of North Carolina, Chinese Communists engineered a virus that American Democrats used to flood ballot boxes with fraudulent mail-in ballots, increase the national debt by $6 trillion, enrich the technology and pharmaceutical industries, impoverish 100,000 small businesses, and trigger the worst economic downturn since the Great Depression.

“The coronavirus crisis has exposed the true nature of the Chinese Communist Party as nothing ever has,” Trumpet editor in chief Gerald Flurry wrote in “Where Is the China-America Clash Leading?” “For years, China has worked ferociously to surpass the U.S. in economic power and scientific advancements. By now, it probably has overtaken America by some economic measures. The Chinese Communist Party (ccp) is also amassing staggering levels of military power. It is bent on asserting more and more control not just over the people of China but over the territory and people in the nation’s periphery. Meanwhile, the coronavirus that the ccp unleashed onto the world has cost the U.S. trillions of dollars. America’s national debt keeps climbing toward $30 trillion. This weakness will be a major factor that strips the U.S. of its superpower status and a lot more.”

In addition to exposing the true nature of the Chinese Communist Party as nothing ever has, the coronavirus crisis has exposed America’s “deep state” like few things ever have. Likely, Joe Biden would not be in the White House today if it were not for the lengths Dr. Fauci, Dr. Daszak and the ccp went to cover up the coronavirus’s true origins until it was too late to stop the pandemic.

This is how the Prophet Isaiah described end-time America: “Ah sinful nation, a people laden with iniquity, a seed of evildoers, children that are corrupters: they have forsaken the Lord, they have provoked the Holy One of Israel unto anger, they are gone away backward. Why should ye be stricken any more? ye will revolt more and more: the whole head is sick, and the whole heart faint. From the sole of the foot even unto the head there is no soundness in it; but wounds, and bruises, and putrifying sores: they have not been closed, neither bound up, neither mollified with ointment” (Isaiah 1:4-6).

The National Institutes of Health can take a database offline to hide its financial activities, but that does not change the fact that America’s government is rotten from head to foot!

For more information about the extent of the rot consuming America’s government, please read “The Fauci Virus” and “The Obama Virus,” by Trumpet executive editor Stephen Flurry.