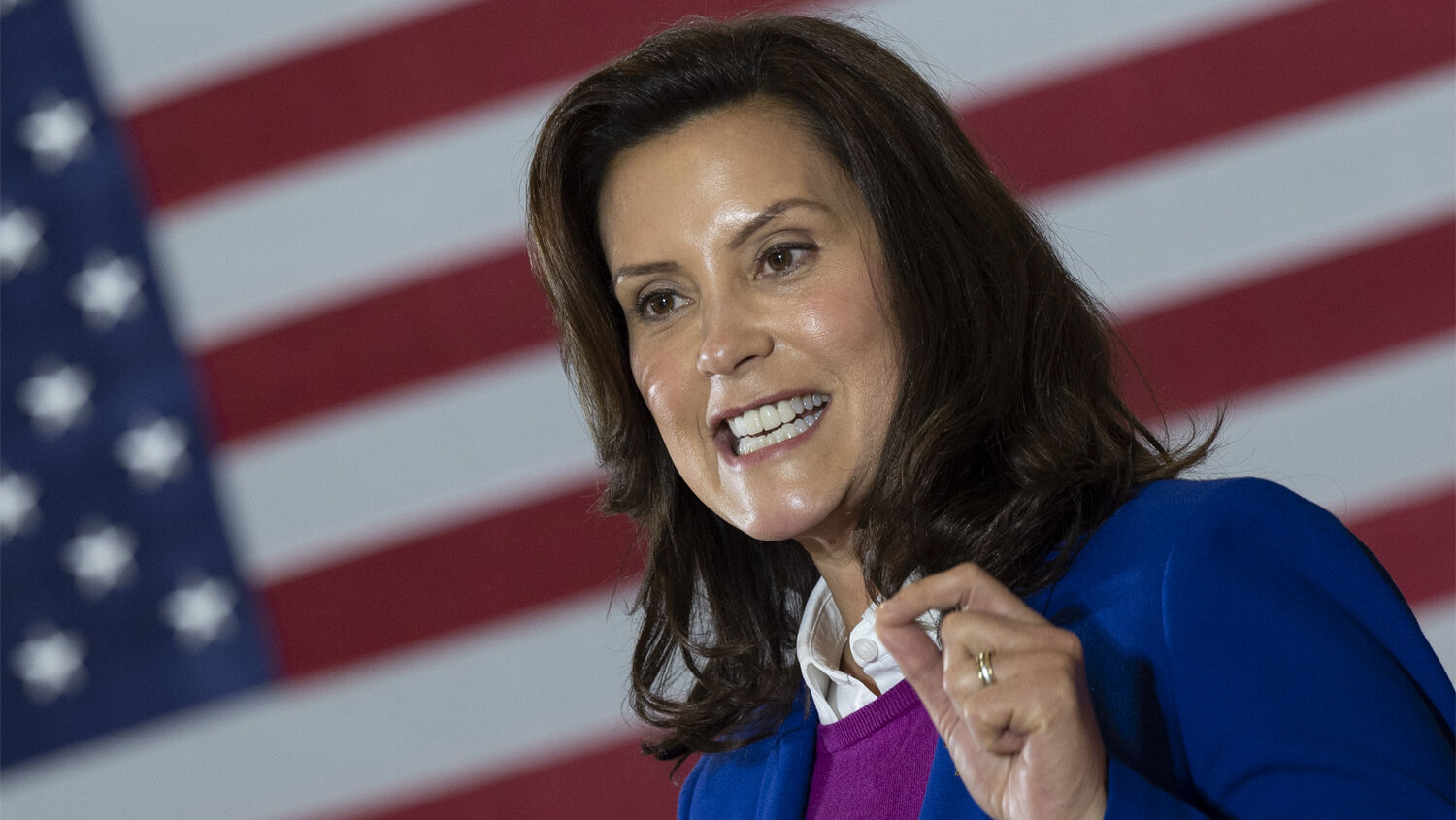 The ‘deep state’ wants to discredit those who say lockdowns are unconstitutional.

The United States Federal Bureau of Investigation is supposed to enforce the rule of law. What is it actually doing? We learned from Inspector General Michael Horowitz that the fbi manipulated documents, concealed exonerating evidence, and advanced false claims to get a warrant to spy on the Trump campaign during the 2016 presidential election. We learned from investigative journalists at Revolver News that fbi agents may have orchestrated the 2021 U.S. Capitol breach to force President Donald Trump out of office and discredit anyone saying the election was stolen. We are learning that fbi agents played a significant role in a plot to kidnap Michigan Gov. Gretchen Whitmer.

On Oct. 8, 2020, one month before the presidential election, the fbi announced the arrests of 13 Wolverine Watchmen militiamen on charges that they were plotting to kidnap Whitmer and take her to Wisconsin to try her as a tyrant for her covid-19 lockdown orders.

The government has admitted that undercover fbi informants helped bring down the Wolverine Watchmen, but a new examination of the case by BuzzFeed News reveals that these numerous informants and agents did much more than passively observe and report the actions of the militia they infiltrated. Instead, about a dozen fbi agents pushed for and orchestrated nearly every aspect of the kidnapping plot. There were 13 militiamen arrested, and there were 12 fbi informants and agents, so basically, half of the people involved in pushing forward this plot were working for the government.

“The extent of [the fbi’s involvement] raises questions as to whether there would have even been a conspiracy without them,” wrote BuzzFeed. “A longtime government informant from Wisconsin, for example, helped organize a series of meetings around the country where many of the alleged plotters first met one another and the earliest notions of a plan took root, some of those people say. … The Iraq War vet, for his part, became so deeply enmeshed in a Michigan militant group that he rose to become its second-in-command, encouraging members to collaborate with other potential suspects and paying for their transportation to meetings. He prodded the alleged mastermind of the kidnapping plot to advance his plan, then baited the trap that led to the arrest.”

Throughout its century-plus history, the fbi has relied on undercover informants and agents to stop and arrest criminals. But sometimes, the fbi has gone well beyond exposing a criminal operation. That appears to be what it did to these militiamen. It provided the militiamen with organization, finances, logistics, and perhaps even encouragement to carry out a kidnapping plot that otherwise might have remained idle talk. Then they sprung a trap on the militiamen in a deliberate attempt to discredit those who say government lockdowns are unconstitutional and to undermine American citizens still clinging to their rights.

When people working for the government push someone to conspire or commit a crime that they otherwise would not have done, the government is guilty of entrapment, which is illegal, not to mention evil.

In court, government prosecutors have tried to draw a connection between the Wolverine Watchmen kidnapping plot and the later breach of the U.S. Capitol. So it is fair to conjecture that the fbi may have infiltrated the U.S. Capitol protest as well for similar reasons: to discredit those who say government lockdowns are unconstitutional and to undermine citizens still clinging to their rights. And it’s fair to conjecture that fbi agents and informants, perhaps many fbi agents and informants, infiltrated the protest and were partially or primarily responsible for entrapping people who would not otherwise have trespassed.

The 13 militiamen charged in the plot to kidnap Governor Whitmer chose to go along with their fbi co-conspirators and are obviously responsible for their actions, whatever those actions truly were. But that does not change the much more important fact that the fbi has become a politicized agency that uses fake dossiers, entrapment and other immoral, illegal and powerful resources against American citizens to erode their constitutional rights.

Governors like Whitmer and radical Washington liberals like Joe Biden and those handling him are pushing harder and harder against freedom of religion, freedom of speech, freedom of the press, freedom of assembly, the right to bear arms, protection from unreasonable search and seizure, the right to a speedy and public trial, and the rights of states and the people.

Many Americans realize this fact and are stockpiling toilet paper, hand sanitizer, bread, beans, sugar, chicken, respiratory masks, body armor, ammunition and guns. They do not trust the government to respect their votes or their civil rights, and they are preparing for the worst.

Meanwhile, the Biden administration uses the U.S. Capitol breach as an excuse to purge the military of conservatives and make it more political and socialist. Yet one side effect of this will be that the pool of trained soldiers motivated to join militia groups will grow. A civil war between the “deep state” and the American people is no longer an unimaginable fiction.

“The Horowitz report reveals how Barack Obama and his inner circle almost destroyed the United States by changing America from a constitutional republic into an authoritarian dictatorship run by powerful, unelected bureaucrats, civil servants, military leaders, and intelligence agents,” wrote Trumpet editor in chief Gerald Flurry in “The Hidden Message of the Horowitz Report.” “Key Obama administration officials lied, concealed evidence and manipulated documents to spy on a U.S. citizen and destroy Donald Trump’s presidency. And the whole scandal was directed from the very top!“

It is clear that the U.S. government does not expect citizens to remain peaceful in the future, just like citizens do not expect the government to allow them their constitutional rights. This government corruption and declining trust in its institutions are symptoms of a greater sickness in the nation. The Prophet Isaiah wrote about the root cause: spiritual sickness.

This passage describes cause and effect. The government is sick. The nation is faint. But why? Because the people are “laden with iniquity.” Blasphemy, corruption, covetousness, miseducation, family breakdown, hatred, idolatry, murder, sexual sins and thievery have consumed America. People have abandoned personal responsibility and biblical morality for selfish individualism, social welfare and materialism. They are apathetic, looking to the government to provide and dictate, instead of educating themselves, working hard and relying on God. By delegating more and more power to the central authority of a human-run government, America’s citizens have created an administrative state with the power to hand them back their taxpayer money—and the ability to steal their freedoms.

While millions of Americans may now be waking up to the threat of the fbi and other sprawling, unconstitutional, “deep state” departments, they are turning to the wrong answer. Their populist revolution does not address the root causes of this crisis. Corruption and division in America today are leading to a conflict so devastating that the whole country will be laid desolate, and its cities will burn with fire. One man or a government department does not cause these problems. Ultimately, they are caused by the sins of the American people as a whole. Only true repentance toward God by the people can prevent the sickness in America’s government from escalating into full-scale revolution and war. For a deeper understanding of the spiritual dimension to America’s decline, please read “The Hidden Message of the Horowitz Report,” by Gerald Flurry.