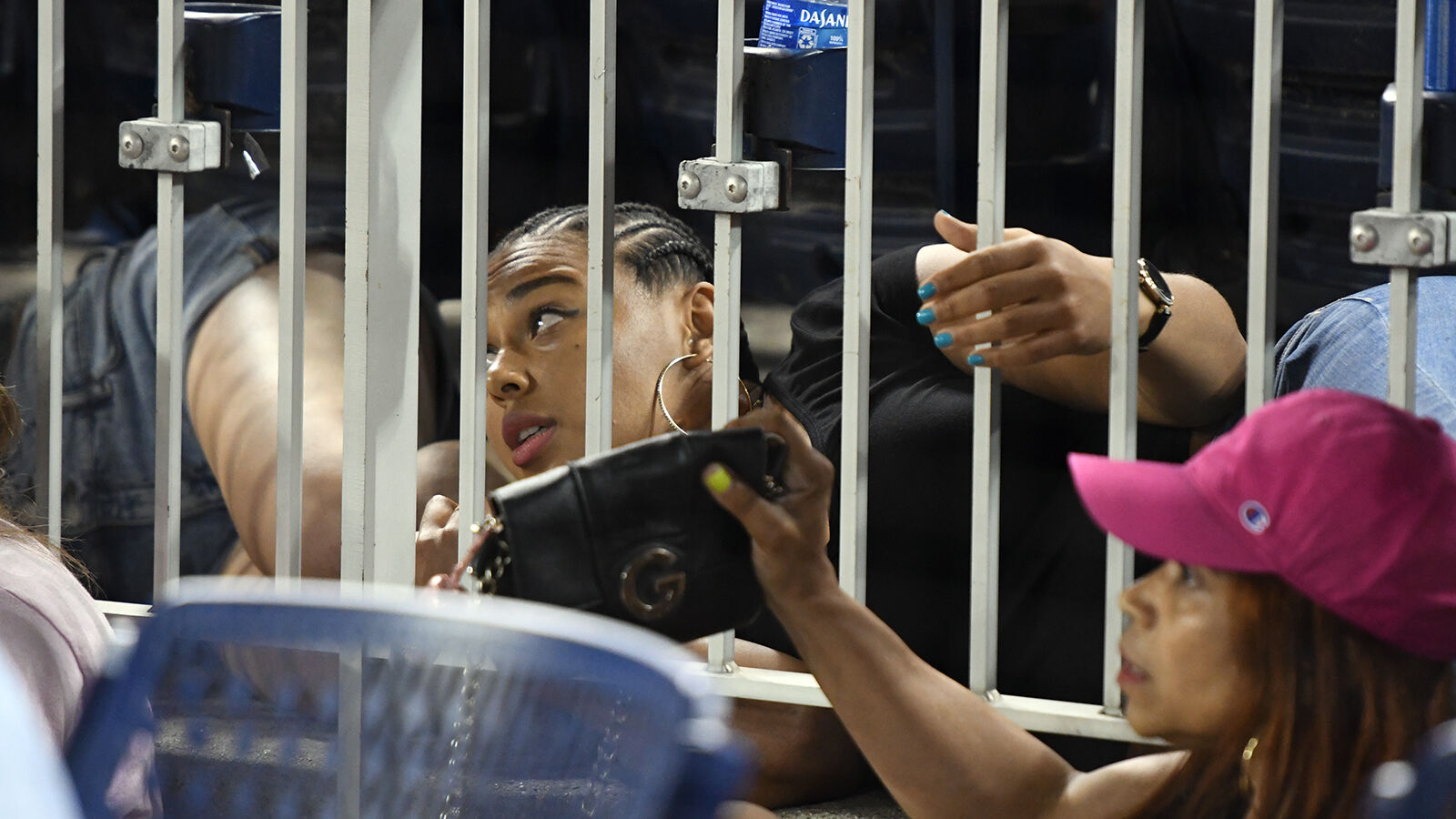 Fans hide under seats after shots are heard from a shooting during a baseball game between the San Diego Padres and the Washington Nationals at Nationals Park on July 17 in Washington, D.C.
Mitchell Layton/Getty Images

An epidemic of gun violence in America’s capital

The number of assaults involving gun violence in Washington, D.C., this year is currently higher than it was at this time in 2020, the Wall Street Journal reported on July 18. Gun violence crimes in the district have increased steadily since 2018.

This latest report comes on the heels of two major gun-related attacks in Washington. On the night of July 16, a drive-by shooter murdered 6-year-old Nyiah Courtney.

“The cowards who committed this crime came into this community without any regard for human life, without regard for Nyiah’s life, and opened fire, and that cannot and will not be tolerated,” said Washington Police Chief Robert Contee.

“Today, our city is heartbroken,” tweeted Washington Mayor Muriel Bowser. “A child’s life was taken, and there is no way to make sense of the callousness or cruelty. We will never accept gun violence as normal, & we must never allow people to get away with murdering our children.”

Today our city is heartbroken. A child’s life was taken, and there is no way to make sense of the callousness or cruelty.

We will never accept gun violence as normal, & we must never allow people to get away with murdering our children. If you have information, please share it. pic.twitter.com/ZHGmWGVVBo

The other major attack happened the following day. A Washington Nationals baseball game was interrupted with a shooting outside the ballpark, although it appears to have been unrelated to the ballgame. The gunman injured three people. Baseball players and fans scrambled from the stadium.

As of July 18, there have been 455 “assaults involving guns” reported in Washington, D.C., compared to 422 about the same time last year. According to the Wall Street Journal, 18 violent crimes involving guns were reported in the city. Other major American cities, like New York, Philadelphia and Chicago, report similar trends. David Abrams, a University of Pennsylvania law professor, called it a “national phenomenon.”

Many thought that, with lockdowns keeping people inside their homes, violent crimes would subside. In America, this was definitely not the case: 2020 was America’s deadliest year for gun violence in decades. New York State alone saw a 422 percent increase in mass shootings from 2019 to 2020. Other states, like Tennessee, Florida, South Carolina, Pennsylvania and Illinois, had similar increases.

The Great Seal of the United States has the words E pluribus unum (Latin for “Out of many, one”) written on it. America was built on a vision of one united people. You can’t really call the people united when there’s a chance your next-door neighbor will gun you down.

Late educator and theologian Herbert W. Armstrong proved in his book The United States and Britain in Prophecy that the American people are descended from ancient Israel (request your free copy for more information). That means many biblical prophecies about Israel actually refer to America. Many of these prophecies perfectly describe America’s escalating gun violence.

“Make a chain: for the land is full of bloody crimes, and the city is full of violence” (Ezekiel 7:23).

“Hear the word of the Lord, ye children of Israel: for the Lord hath a controversy with the inhabitants of the land, because there is no truth, nor mercy, nor knowledge of God in the land. By swearing, and lying, and killing … they break out, and blood touches blood” (Hosea 4:1-2).

These are accurate descriptions of America today.

“America is continually plagued by bloody, violent crimes,” wrote editor in chief Gerald Flurry in the October 2019 Philadelphia Trumpet issue. “People keep asking for solutions, but nobody seems to have one. This gigantic problem threatens to tear society apart!”

Since that article was written, violent rioters for Black Lives Matter and Antifa have literally set American cities on fire. Right-wing militia groups, meanwhile, are preparing for counterattacks. Society is closer to being torn apart by gun violence than ever before.

There is a solution to America’s gun violence problem; however, it’s a solution most don’t think about. It’s not implementing stricter gun control or beefing up the police. It’s a solution of an altogether different nature, and it’s the only one that will work.

Please read Mr. Flurry’s article “The Real Solution to Mass Shootings and Violence” to learn what it is. Also request a free copy of The United States and Britain in Prophecy to learn more about America’s extraordinary history and what is in store for it in the near future.