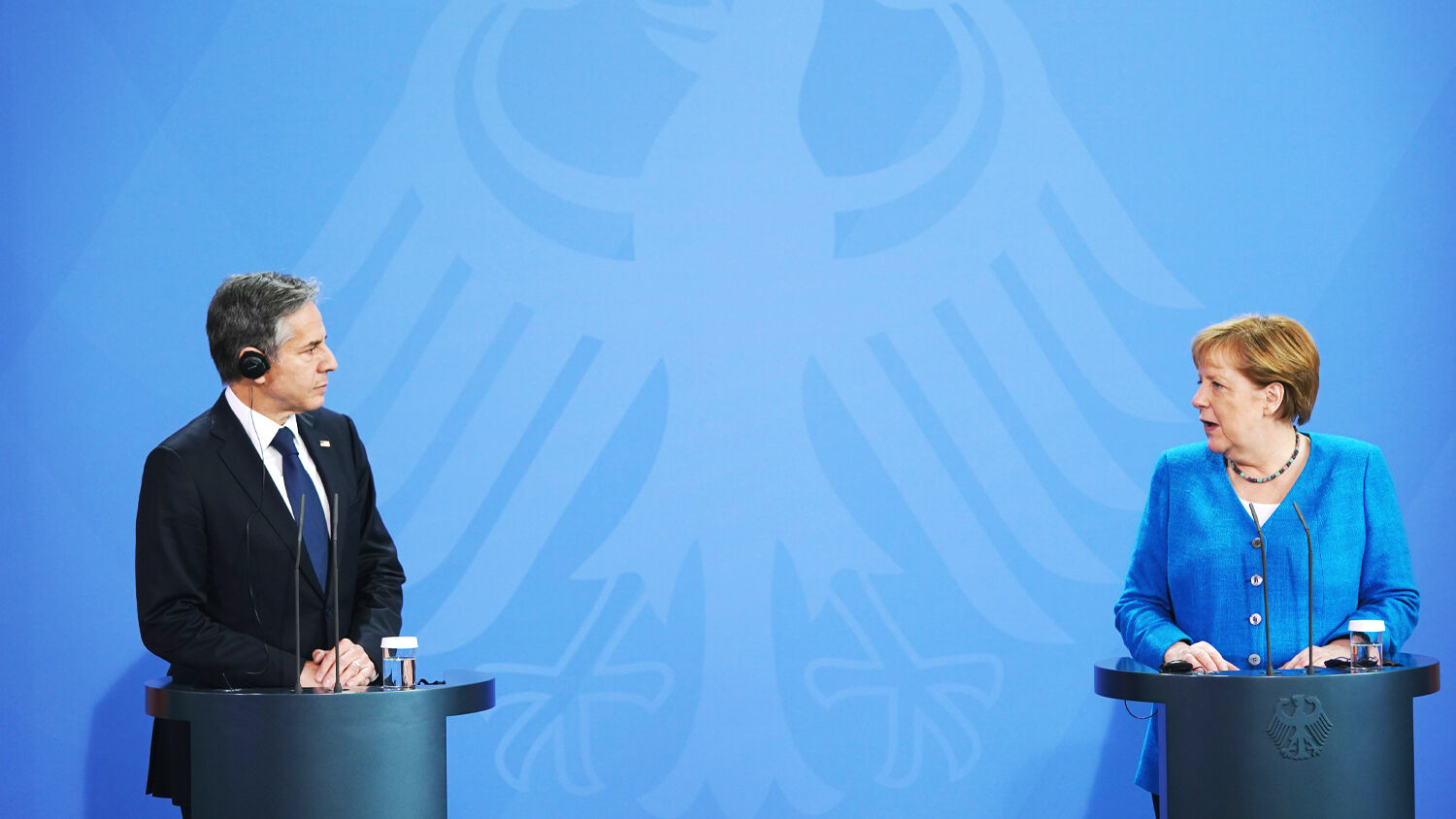 Berlin is keeping an eye on North Africa.

The first Berlin Conference on Libya was held in January 2020. At that time, the Libyan Civil War was still raging. Rogue warlord Khalifa Haftar was besieging the UN-recognized government in Tripoli. The main objective of that last conference was to end the war. This has since been accomplished. Haftar and the Tripoli government agreed to a truce. A unity government now rules Libya.

The second conference reaffirmed the original conference’s commitments. Article 5 of the conference’s conclusions stands out among the others. It reads (emphasis added throughout):

However, more needs to be done to address and resolve the underlying causes of conflict, consolidate Libyan sovereignty, build on the progress made, and restore peace and prosperity for all Libyans. National presidential and parliamentary elections scheduled for 24 December 2021 need to take place as agreed in the roadmap adopted by the Libyan Political Dialogue Forum (lpdf) in Tunis in November 2020, and their results need to be accepted by all. The necessary constitutional and legislative arrangements must be adopted. All foreign forces and mercenaries need to be withdrawn from Libya without delay, and the security sector reformed and placed firmly under unified, civilian authority and oversight.

Where are these soldiers coming from?

Then there is the Wagner Group, which, as of May 2020, had 800 to 1,000 soldiers in Libya. Officially a Russian private mercenary company, the group has warred everywhere from Libya to Ukraine to Syria to the Central African Republic. It is most likely a front for Russia’s Defense Ministry to enter wars without making Moscow look bad. However, a U.S. intelligence report suggests the Wagner Group is, in the case of Libya, contracted by the United Arab Emirates. The U.A.E. denies this, but both Russia and the U.A.E. support Haftar’s rogue army. Russia is also accused of sponsoring Syrian soldiers to fight in Libya.

Turkey, Russia and the U.A.E. were all present at the Berlin Conference. They all, on paper, agreed to the conference’s conclusions. But considering the withdrawal of foreign fighters directly and negatively impacts them, they’re unlikely to follow through. Or, at least, follow through immediately.

Libya is a major transit point for hundreds of thousands of African migrants trying to enter Europe. Europe needs the cooperation of the Libyan Coast Guard to stop many of these from reaching Italy and, from there, the rest of Europe. North Africa in general is a major source of fossil fuels for the EU. Libya has Africa’s largest oil reserves and exports the majority of its oil to the EU. Libya recently revised its maritime border with Turkey, infringing on Greek and Cypriot—and therefore EU—borders.

Libya, therefore, is of paramount strategic concern for Germany. If a foreign power were to take control of the country, it would mean trouble for Europe.

The Bible prophesies that a foreign power will take control of Libya. And it won’t make Germany happy. Daniel 11 states: “And at the time of the end shall the king of the south push at him: and the king of the north shall come against him like a whirlwind, with chariots, and with horsemen, and with many ships; and he shall enter into the countries, and shall overflow and pass over. … He shall stretch forth his hand also upon the countries: and the land of Egypt shall not escape. But he shall have power over the treasures of gold and of silver, and over all the precious things of Egypt: and the Libyans and the Ethiopians shall be at his steps” (verses 40-43).

This prophecy is dated for “the time of the end,” the time we’re living in now. The Trumpet has forecast for decades that the king of the south in this prophecy refers to a radical Islamist bloc led by Iran. The king of the north refers to a united European superpower, led by Germany. Please request Trumpet editor in chief Gerald Flurry’s free booklet The King of the South for more detail.

Verse 43 says the king of the south will have a proxy empire in Africa. This includes countries like Egypt, Ethiopia and Libya. It remains to be seen if Turkey and Russia will withdraw their troops from Libya. If they do, it could leave a vacuum for another power to take over Libya—a power with a pushy foreign policy that’s not afraid to put other powers on edge.

If Turkey and Russia don’t leave, Libyans may resent their meddling in Libyan affairs. They may look to an outside power for help.

And once Iran gets inside Libya, just a boat ride away from Europe, expect Germany to notice.

To learn more, read our free booklet Libya and Ethiopia in Prophecy. If you would like to learn more about Iran’s rise and what it means for the world, please request The King of the South.