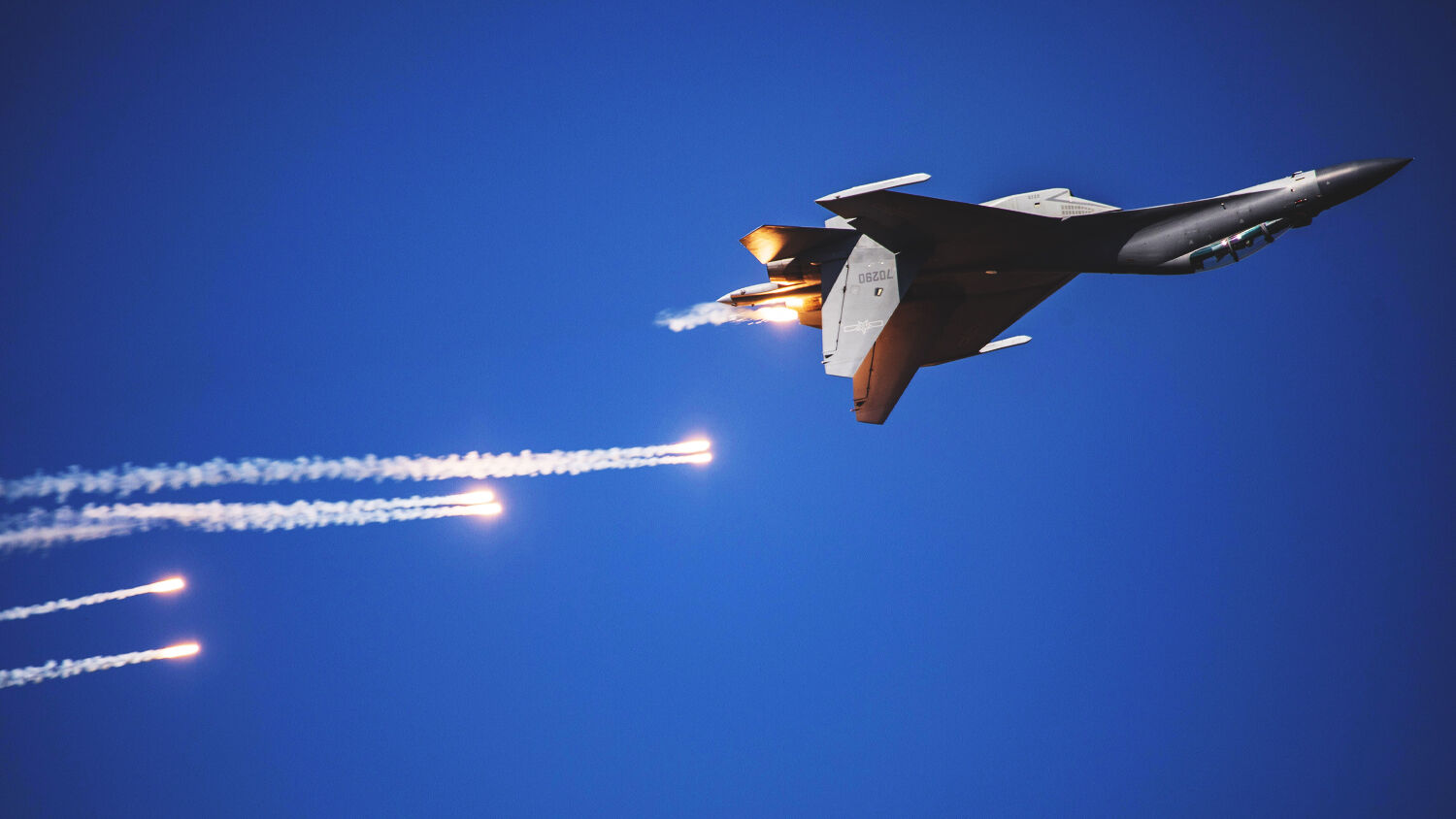 ‘Once again, America has showcased its broken will to the whole world.’

The relationship between China and Taiwan has been tense for as long as the two have existed as separate countries. That separation was the result of a civil war that started in 1927, with the Communist Party on one side and a political party called the Kuomintang on the other. The war raged in mainland China for years, and in 1949, the Communists had defeated the Kuomintang, forcing its members to flee to the island of Taiwan. Ever since, China, under the Communist Party, has actively claimed sovereignty of Taiwan. It views Taiwan as a rogue territory that needs to be brought back under Beijing’s rule.

For decades, the Chinese hoped for a peaceful reunification and implemented myriad preferential economic policies to try to coax the Taiwanese into the fold. But in recent years, the political landscape on the island has convinced China that there is little hope of a peaceful resolution. And so the Chinese are showing themselves increasingly willing to use force to absorb Taiwan. China has increased pressure on Taiwan by using man-made islands to shape future maritime battlegrounds, by diplomatically isolating the island and, as in the most recent case, by carrying out airspace violations.

China’s regular incursions into Taiwan’s airspace are more than just a show of force. The Chinese know that Taiwan is not at liberty to ignore the trespasses. Doing so would weaken the island’s claims of sovereignty. So for each of the hundreds of incursions China makes each year, Taiwan’s much smaller air force has to scramble warplanes to intercept and monitor the Chinese aircraft. This degrades Taiwan’s limited number of combat planes, drains resources, and exhausts pilots and other military personnel.

China’s population is more than 60 times larger than Taiwan’s. And China’s air force has more than 2,000 fighter jets while Taiwan has fewer than 300. This means man-hours, fuel costs and equipment degradation aren’t nearly as much of a concern for the Chinese.

A recent report by the Federation of American Scientists says Taiwan “will likely be unable to match China’s current operational tempo if the escalated intrusion rate continues into the mid-to-long term.”

It all adds up to a strain on Taiwan’s logistics that could have detrimental effects if and when China decides to go beyond brief airspace incursions to an invasion of the island.

Chinese military expert Oriana Mastro said the incursions also give China invaluable practice and lets the nation normalize aggression. He said: “It is problematic because, one, China is getting a lot of practice that really helps their military improve, but also they’re trying to make their aggression and militarization the norm, routine, something that is not worthy of any sort of response from other nations.”

For decades, the Taiwanese have worried about the growing possibility of a Chinese invasion. But they have managed to maintain independence so far because of political support, security assurances and weapons sales from their main ally, the United States.

Trumpet editor in chief Gerald Flurry wrote at the time that Clinton’s stance showed it was only a matter of time until China would force Taiwan under its control. “The Chinese leaders pressured the president and America to speak against our freedom-loving friends [in Taiwan],” he wrote in the August 1998 Trumpet issue.

The people of Taiwan fear for their future. They feel betrayed. … Once again, America has showcased its broken will to the whole world. … How could anyone fail to see that Taiwan is destined to become a part of mainland China? These 21 million people [now 24 million] are going to be forced into the Chinese mold; and it is going to happen for one reason: because of a pitifully weak-willed America. Does freedom really mean so little to us?

Mr. Flurry’s understanding of America’s “pitifully weak” will, and how it will play into the China-Taiwan dynamic, is based on Bible prophecy. Leviticus 26 records God warning “Israel” that if the people of the nation refuse to turn to Him and His law then He would punish them in several specific ways. One of these, recorded in verse 19, states: “I will break the pride of your power.”

In this passage, Israel refers mainly to modern-day America and Britain, which is fully explained in our free book The United States and Britain in Prophecy, by Herbert W. Armstrong.

When Mr. Flurry wrote that 1998 article, the prospects of China conquering Taiwan may have seemed remote. But today, with China growing far more powerful and ramping up aggression against the Taiwanese, and with America increasingly divided and war weary, it is clear that Mr. Flurry’s forecast could soon come to pass.