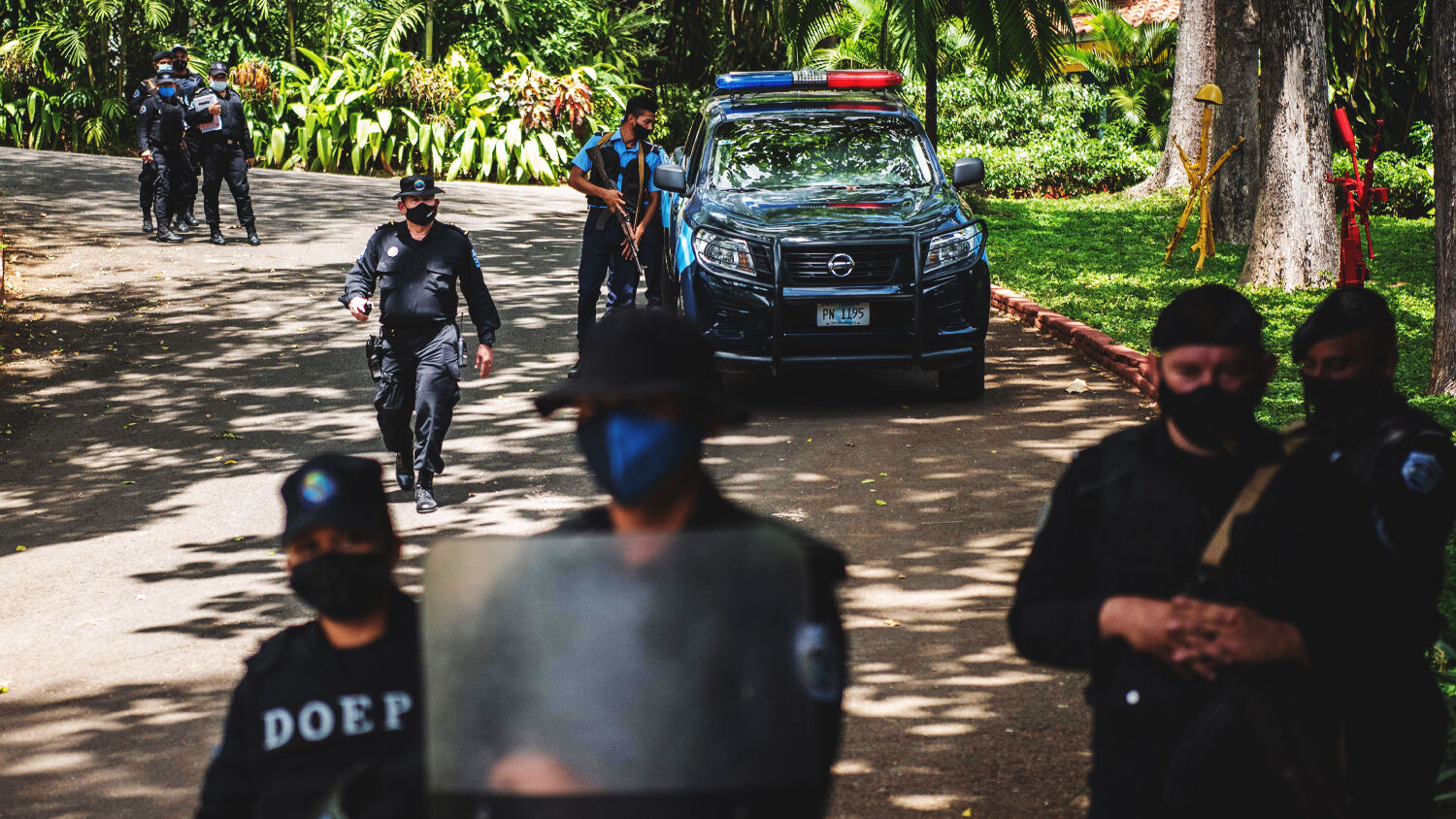 Ortega, who is campaigning for his fourth consecutive term, has been in power for 14 years. He and his Sandinistas movement first gained power in 1979. The Nicaraguan revolution overthrew United States-backed dictator Anastasio Somoza. Ortega led a Marxist government junta before becoming the country’s president.

Ortega is a radical Marxist. He turned Nicaragua into a de facto one-party state. He established close ties with Cuba and the Soviet Union. He took the country through massive land redistribution. His government organized indoctrination programs to brainwash people in revolutionary ideals. Yet surprisingly, Nicaragua had free and fair elections under him. He was voted out and replaced by Violeta Chamorro. Chamorro undid Ortega’s legacy and turned Nicaragua into a Western-oriented liberal democracy

But Ortega lurked in the shadows, waiting for his political comeback. He got it with the presidential election in 2006. He has ruled Nicaragua since 2007.

Ortega hasn’t turned Nicaragua into a full-blown Communist dictatorship like Cuba. But he has learned from his fall from power and appears determined to never let it happen again. He abolished presidential term limits and annihilated Nicaragua’s free press.

Here is what Reporters Without Borders writes in their Nicaragua profile:

[T]he independent media have endured a nightmare of censorship, intimidation and threats. Journalists are constantly stigmatized and subjected to harassment campaigns, arbitrary arrest and death threats. At demonstrations, reporters are treated as participants and are often intimidated and physically attacked. … Many journalists have had to flee abroad while others have been jailed on terrorism charges.

Now, Ortega has gone one step further. Nicaragua nominally remains a multiparty state. But this doesn’t mean much when opposition candidates keep getting thrown in jail.

Among the first arrested was Cristiana Chamorro, Violeta Chamorro’s daughter. Victor Hugo Tinoco, the leader of the unamos party, was among those arrested on June 13.

The arrests aren’t limited to presidential hopefuls. Anyone who poses a political threat to Ortega—real or perceived—is at risk.

The country adopted a law in December punishing Nicaraguans who “encourage foreign interference.” The law brands them “traitors to the homeland” who cannot run for public office. Another new law has everybody receiving foreign money to register as a “foreign agent.” This includes correspondents of Western media and opposition politicians.

Ortega is by no means a newcomer to power. But his crackdown on opposition is part of a trend in which Latin America is turning left. The far-left regimes in Cuba and Venezuela are as strong as ever. Mexico’s leftist president, Andrés Manuel López Obrador, was elected on an anti-America platform. Peru is in turmoil, with far-left presidential candidate Pedro Castillo declaring victory. Last year, Bolivia saw Luis Arce, a protégé of Bolivian far-left former President Evo Morales, gain rule.

What does this mean for the United States, the perpetual “boogeyman” of Latin American leftists?

Latin America is a region often overlooked by major media. But it is a vitally strategic area—mainly because of its proximity to America. About half of America’s oceanborne trade uses ports on the Gulf of Mexico. The Panama Canal remains a vital gate for America’s Navy and merchant marine. Mexico is America’s second-largest destination of exports and source of imports.

Herbert W. Armstrong, editor in chief of the Plain Truth (the Trumpet’s predecessor magazine), proved in his landmark book The United States and Britain in Prophecy that the American people are largely descended from the ancient Israelites. This means many prophecies in the Bible directed to Israel actually pertain to America.

One of those prophecies is in Deuteronomy 28. The chapter includes a list of the curses that would befall the Israelites if they were to disobey Him (verse 15).

America’s geography means it has few borders, or “gates,” with potentially hostile nations. Latin America is the main exception. If a foreign enemy were to recruit Latin America, it would be an economic nightmare for the U.S.

This geographic reality is why Russia and China want to challenge U.S. dominance in the Caribbean. These aspiring superpowers are forging alliances with socialist governments in Cuba, Nicaragua and Venezuela. If these Latin dictatorships become staging grounds for Russia and China, a coalition of nations could potentially cut off U.S. access to the Panama Canal and seal off the Straits of Florida and the Yucatan Channel.

As shocking as this scenario sounds, the Bible reveals that enemies will seize control of the world’s most strategic maritime choke points and lay siege to the United States. … The results will be devastating.

To learn more, please read “Preparing to Storm America’s Castle.” Also request a free copy of The United States and Britain in Prophecy to learn about the U.S.’s near future.