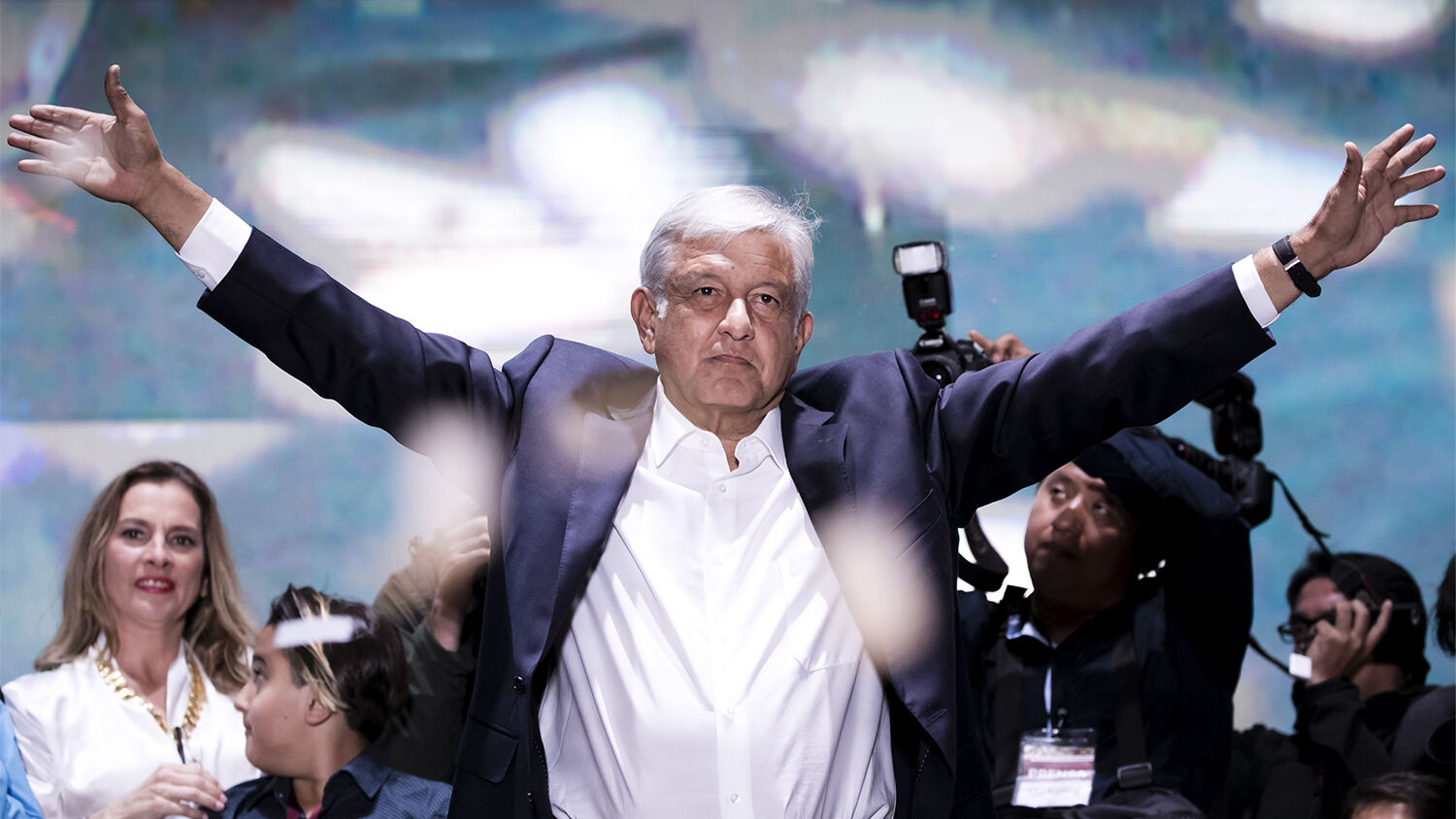 Overwhelmed by corruption, poverty and violence, Mexican voters have elected an anti-American strongman.

Mexico is vital to United States security. Since the U.S. is protected by the Pacific Ocean on the west and the Atlantic Ocean on the east, its southern border represents the most vulnerable part of its perimeter. Preventing Mexico and the islands of the Caribbean from allying with foreign enemies has always been vital to U.S. strategy.

This is why recent elections south of the Rio Grande are so concerning.

Andrés Manuel López Obrador was elected president of Mexico on July 1 in a landslide victory. He received 53 percent of the vote, the first time a presidential candidate has been elected with an absolute majority since 1988. He will be sworn into office for a six-year term in December.

López Obrador’s coalition includes his Movement for National Regeneration, the far-left Labor Party and the evangelical Social Encounter party. These three parties won 307 out of 500 seats in the Chamber of Deputies and 69 out of 128 seats in the Senate. This comes close to the two-thirds majority needed to pass changes to the Constitution of Mexico. Thus, López Obrador may become Mexico’s strongest leader in decades.

Mexican historian Enrique Krauze has hailed López Obrador as a “tropical messiah” whose charisma can save Mexico. Others are less optimistic. They see the left-wing president as a socialist strongman akin to late Cuban President Fidel Castro and late Venezuelan President Hugo Chávez. Like these leaders, López Obrador came to power in an electoral campaign full of anti-American rhetoric.

In his book, Listen Up, Trump, López Obrador writes, “Trump and his advisers speak of the Mexicans the way Hitler and the Nazis referred to the Jews, just before undertaking the infamous persecution and the abominable extermination.” López Obrador has also attacked President Donald Trump’s desire to build a border wall, and promised to defend “the migrants of the world who, by necessity, have to leave their villages to seek life in the United States ….”

Such rhetoric is stirring up anti-American sentiments that have laid dormant since the North American Free Trade Agreement came into force on Jan. 1, 1994.

While López Obrador likens President Trump to German dictator Adolf Hitler, he describes Fidel Castro as “a giant” who was one of the world’s greatest leaders. And many officials within López Obrador’s Movement for National Regeneration (morena) go further in their praise for Cuba’s Communist dictatorship.

Yeidckol Polevnsky Gurwitz, the general secretary of morena, openly adores Fidel Castro and Hugo Chávez. She acknowledges that her party seeks to incorporate Mexico into the Bolivarian Revolution, a political revolution in Venezuela that seeks to build an anti-American coalition of nations based upon nationalism and socialism.

Héctor Díaz Polanco, president of the morena Commission of Honesty and Justice, is another official enamored with Venezuela’s Bolivarian Revolution. “Let’s say it straight, the integration of Mexico in the Bolivarian Revolution would, in my opinion, make a big difference in the situation we have now,” he said last October in a video broadcast by Cadena Telesur. “We need to expand that revolution.”

So the largest political party in Mexico is openly endorsing Venezuela’s socialist dictatorship, even as Venezuela falls apart. This means that López Obrador’s administration will likely forge alliances with anti-American regimes in Bolivia, Cuba, Nicaragua and Venezuela. Such an alliance would mandate that Mexico distance itself from the U.S. and tighten its relationships with U.S. rivals.

For decades, the Philadelphia Trumpet and its parent magazine, the Plain Truth, have predicted the deterioration of trade relations between the United States and Mexico, its third-largest trading partner after the European Union and China. The May 1962 Plain Truth warned that “the United States is going to be left out in the cold as two gigantic trade blocs, Europe and Latin America, mesh together and begin calling the shots in world commerce.”

Dozens of biblical verses promise blessings to the nation of Israel for obedience to God’s laws and warn of curses for disobedience. Plain Truth editor in chief Herbert W. Armstrong explained in his book The United States and Britain in Prophecy that these verses apply to the end-time descendants of ancient Israel, which primarily include the United States and Britain.

In one prophecy, God likens Israel to a hedged vineyard, protected on all sides. It has been hedged, north, south, east and west by nonthreatening nations and the two largest oceans on Earth. But because of the sins of the people, God warns, “I will tell you what I will do to my vineyard: I will take away the hedge thereof, and it shall be eaten up; and break down the wall thereof, and it shall be trodden down” (Isaiah 5:5). The hedge on America’s southern border is now being destroyed, from outside and from within.

The first breach in the hedge occurred in 1959 when Communist revolutionaries led by Fidel Castro overran Cuba. Now, a new government in Mexico is looking to Castro’s and Chávez’s examples and using similar rhetoric against the U.S.

No foreign power can besiege the U.S. without economic and military superiority in Latin America. This is why U.S. rivals—from French Emperor Napoleon iii to German Kaiser Wilhelm ii to Soviet leader Nikita Khrushchev—have sought to pit Mexico against the U.S. Approximately 13 percent of all goods imported into the U.S. come from Mexico, and Mexico would be the best staging ground from which foreign enemies could invade the U.S. Efforts to align Mexico with an anti-American coalition of nations are hastening the time when the United States is besieged by foreign powers.