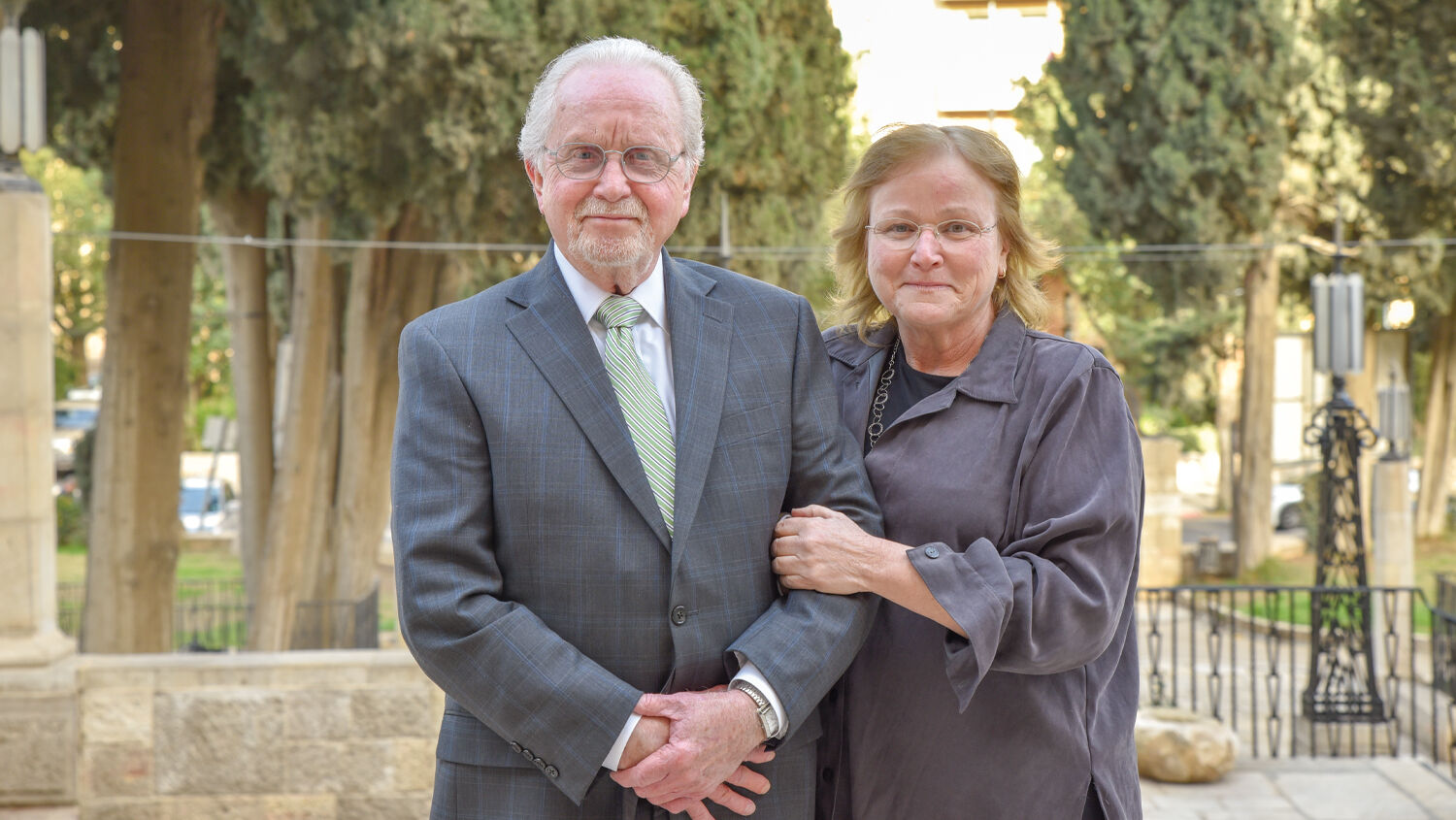 Jerusalem archaeologist Eilat Mazar died on May 25 at age 64. She was a courageous woman of indomitable strength and fierce determination, an inspiration to many thousands of people around the world, and to me personally.

Although she did not regard herself as personally religious, her sense of intellectual and scientific honesty and inquiry led Dr. Mazar to use the Bible as a crucial, historically accurate document. This led her to some of the most powerful and sensational archaeological discoveries ever!

Dr. Mazar’s love of archaeology—and our organization’s connection with her—began when she was a child. I enrolled in Ambassador College in 1967, the same year the Six-Day War broke out in Israel. God intervened and gave Israel a miraculous victory that awarded the Jews control of East Jerusalem. The following year, Israelis began what they called the “Big Dig,” a massive archaeological excavation at the southern part of the Temple Mount. It was directed by Prof. Benjamin Mazar. His work won the 1968 Israel Prize for Jewish studies and the 1968 Worthy Citizen of Jerusalem recognition.

Professor Mazar was often accompanied by his granddaughter. This young girl was fascinated by his work, and she was well acquainted and deeply impressed with Mr. Armstrong and the Ambassador College students. She grew up to be an archaeologist herself and conducted what I believe are the most important archaeological excavations in the world!

After using the Bible to identify the probable location of King David’s palace in 1997, Dr. Mazar was finally able to begin digging in that spot in 2005 and soon uncovered the Large Stone Structure: David’s palace. This caught our attention, and we asked Dr. Mazar if we could help her. Between 2006 and her last excavation in 2018, we supplied more than 50 laborers and supervisors over seven excavations who helped excavate, catalog and photograph artifacts, research, write and edit reports, and publish and publicize her work, as well as that of her grandfather. Visiting with Dr. Mazar over this time, I found her to be honest, forthright, brilliant and passionate for her city and its unmatched history.

Today, thanks to Dr. Mazar extending the legacy of her grandfather, we are able to walk within the same walls that King David walked!

In 2007, our workers were able to assist Dr. Mazar in excavating a tower where they found Persian-period pottery and artifacts. Dr. Mazar identified the tower as actually having been built during the time described in the biblical book of Nehemiah. The next year she and a handful of our workers returned to the City of David, where she discovered the Gedaliah bulla. This clay seal impression was originally owned by one of the princes who persecuted the Prophet Jeremiah (Jeremiah 37-38). We later had the honor of featuring this bulla and the bulla of Jehucal, who was associated with Gedaliah, at an Armstrong Auditorium exhibit on our home campus, visited by thousands of people. Between 2009 and 2018, Dr. Mazar conducted four seasons of excavation on the Ophel, locating a royal complex built by King Solomon, a proto-aeolic column, the first Bes figure found in Jerusalem, a scarab, coins minted during a first-century a.d. Jewish revolt, a plaster-lined cave with shafts and tunnels, and the bullae of King Hezekiah and Isaiah the prophet.

Many archaeologists use the lack of physical evidence from David’s time and Nehemiah’s day to justify their lack of faith in the Bible. These discoveries should put those doubts to rest—if the scholars would only accept the truth.

I believe what Dr. Mazar has done will ultimately cause an earthquake in the world of archaeology.

Dr. Mazar’s work was blessed in a special way. I believe it is because she combined the scientific method with her belief that the Bible is accurate history.

Through her work in the City of David and on the Ophel, the name Eilat Mazar will forever be attached to Jerusalem’s greatest personalities, including its greatest king. Together with her grandfather, I believe Dr. Mazar conducted the most important archaeology ever undertaken in Jerusalem, the city God has chosen. We will forever cherish the 15 years we had working with Eilat, and we will sorely miss her profound love of Jerusalem archaeology.