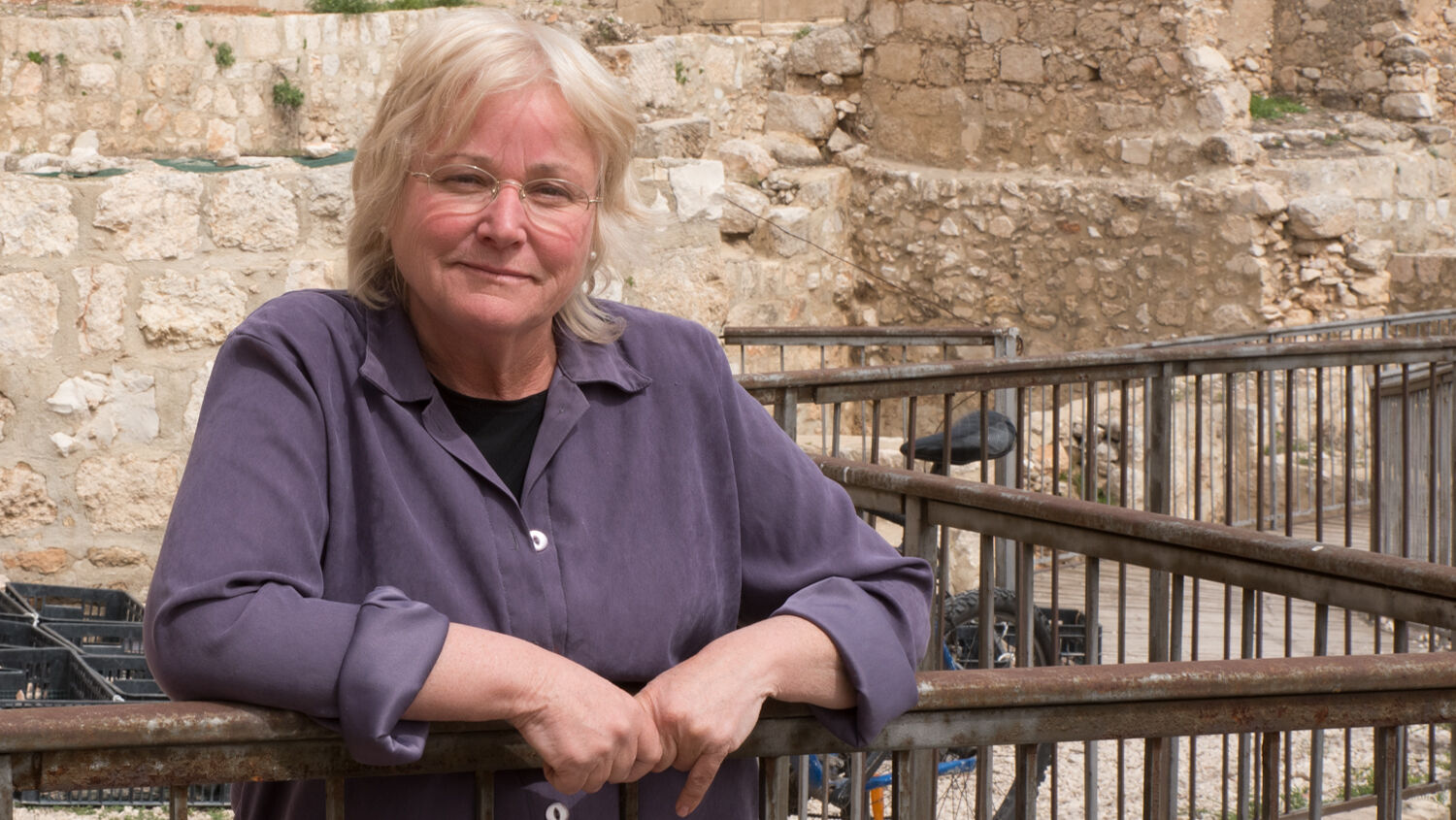 The death of Dr. Eilat Mazar is sad news to the archaeological community in Israel and for biblical archaeology enthusiasts across the globe.

Dr. Mazar was famous for advocating “letting the stones speak.” This means she would follow where the archaeological evidence led, even if that meant her discoveries proved the accuracy of the biblical narrative.

Surprisingly, this approach is revolutionary in today’s archaeological community in Israel. But this honest approach is why Dr. Mazar’s legacy is so rich. Her significant biblical-period discoveries include King David’s palace, Nehemiah’s wall, the Solomonic gate of Jerusalem and numerous discoveries related to biblical figures.

As a small child, Eilat worked on the Temple Mount excavations in the 1970s alongside a founding father of the Jewish state, of Hebrew University, of the Israel Exploration Society and other institutions: her grandfather, the late Prof. Benjamin Mazar.

As a child, Dr. Mazar visited archaeological digs all over Israel with her grandfather. Together with her sister Tali, young Eilat served tea and coffee at Professor Mazar’s weekly living-room gatherings of Israel’s most important archaeologists, historians, academics and politicians. She watched and learned as her grandfather used the Bible on the coffee table as the instructive text to understand questions about Israel’s history and geography. “He established this vision that biblical geography and biblical archaeology are one thing,” she told the Trumpet shortly before her death. “You cannot understand the archaeology of the land of Israel without knowing the biblical narratives which describe the biblical geography of the land of Israel—it is the same thing.”

This is what Eilat learned from her grandfather and took with her through her entire career.

When Eilat finished her mandated service in the Israel Defense Forces, she literally ran to the admissions office at Hebrew University. She studied archaeology and the history of the Jewish people, earning her degree in 1981.

Eilat participated in the City of David excavations directed by Prof. Yigal Shiloh from 1981 to 1985. Within a few weeks of starting work, she was promoted as one of the area supervisors. For her master’s thesis, mentored by Prof. Nahman Avigad at the university, she studied the First Temple period finds from the prior excavations of the Ophel area just south of the Temple Mount’s southern wall.

In 1986, Eilat convinced her grandfather to return to the field and join her as co-director of a small excavation at the southernmost area of the Ophel. Almost immediately, they discovered remains of the First Temple period gatehouse—the first ever discovered in Jerusalem.

In 1997, Dr. Mazar attained her Ph.D. from Hebrew University for a comprehensive pioneering study about the biblical Phoenicians based on her ongoing excavations (which began in 1984) at the key Phoenician site of Achziv on the northern shore of Israel.

Also in 1997, Dr. Mazar wrote in Biblical Archaeology Review that the location of King David’s palace could be ascertained by the description in 2 Samuel 5:17 that King David “went down” into his fortified city, hypothesizing that the ruins of David’s palace must therefore be in the northern City of David. Not until 2005 did she finally receive funding and permission to start an excavation, but within weeks, her team uncovered massive walls, indicating the presence of a large structure. It dated to the period of King David.

Over the course of three phases of excavation in the City of David between 2005 and 2008, she uncovered further evidence of David’s palace, the fortification wall rapidly built by Nehemiah (Nehemiah 6:15), and several significant artifacts, including two seal impressions of the princes that Jeremiah 37-38 record as persecuting the Prophet Jeremiah: Gedaliah, son of Pashur, and Jehucal, son of Shelemiah.

During her excavations on the Ophel in 2009, 2012, 2013 and 2018, Dr. Mazar uncovered a massive city wall built during the reign of King Solomon, the Menorah Medallion treasure, dozens of coins relating to the first-century Jewish revolt, and two seal impressions belonging to the Prophet Isaiah and King Hezekiah, the latter of which is the only seal of a biblical king of Judah ever discovered in controlled scientific excavations.

Over the past 15 years, more than 56 workers from Herbert W. Armstrong College (which is supported by the Trumpet’s publisher, the Philadelphia Church of God) have supported Dr. Mazar’s work during and between seven seasons of excavation. The pcg fully sponsored her last excavation season in 2018. Dr. Mazar also partnered with Armstrong College to produce all official videos announcing her discoveries since 2013, as well as maintaining her excavation blog keytodavidscity.com. Members of the Church are deeply saddened by her death, but will endeavor to uphold her legacy of letting the stones of Jerusalem continue to speak.

Has Eilat Mazar Discovered Archaeological Evidence of Isaiah the Prophet? (2018)