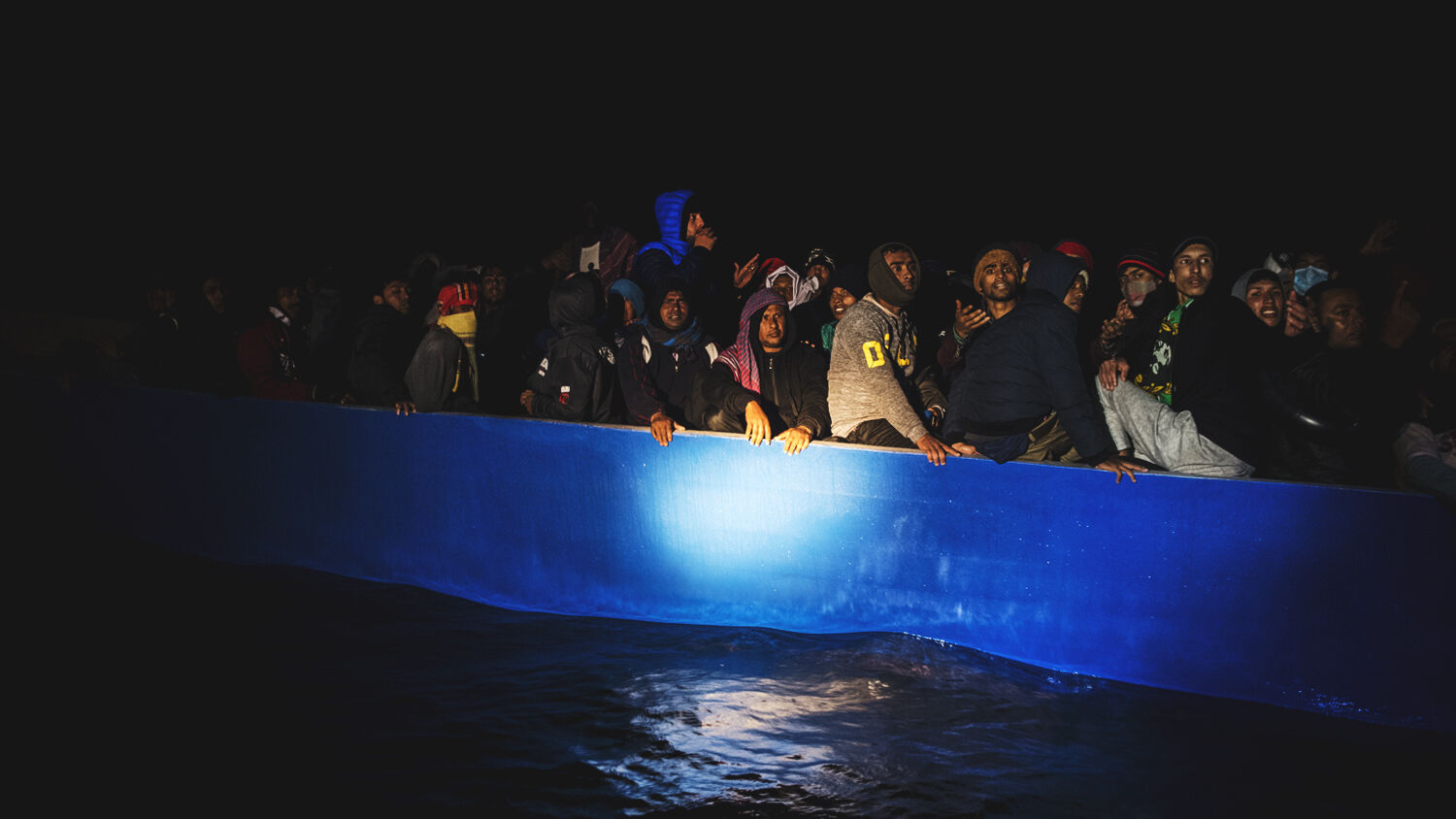 A rescue boat from the ngo Open Arms focuses on a wooden boat with approximately 100 migrants of various nationalities heading to Lampedusa through the Mediterranean on March 29.
Carlos Gil/Getty Images

Since the start of 2021, the number of migrants arriving in Italy is three times higher than last year, the government announced this month. On May 10 alone, 2,128 people landed on the Italian island Lampedusa. Between the start of the year and June 10, authorities counted 15,252 boat migrants arriving at Italy’s shore. This is a sevenfold increase over 2019. Yet it remains a fraction of what Italy experienced at the peak of the refugee crisis in 2015. Predications, however, indicate that we could soon see similar numbers again.

“We have already seen a huge increase in 2021,” Chiara Cardoletti, ambassador of the United Nations High Commissioner for Refugees in Italy, told welt (Trumpet translation throughout). Many in Libya have waited for the coronavirus crisis to subside. For this reason, Cardoletti believes that we are only seeing the beginning of another refugee crisis.

“We have a very intense summer ahead of us,” Cardoletti says. “According to our estimates, 60,000 people will reach Europe through the central Mediterranean route this year.”

Terrorism, civil war and unbearable living conditions have caused millions to seek a new home. Turkey is overwhelmed with refugees from Syria. European governments don’t want to take in any more refugees and are looking to deport many of those who are already within their borders. But as Libya and other nations in Northern Africa erupt in crisis, an unparalleled humanitarian disaster is looming.

Die Welt noted: “Experts expect a further increase as the pandemic subsides. Libya is becoming the biggest problem—for Italy and for the entire EU.”

Italy insists that the European Union develop a mechanism to distribute the incoming migrants throughout the Continent. Countries like Hungary and Poland, however, vehemently oppose any such compromise. The dispute that raged at the height of the crisis is rekindling.

“There are cities and suburbs in France, Germany, Britain and other European countries that look, sound and smell more like Riyadh or Damascus,” wrote theTrumpet.com managing editor Brad Macdonald in April 2015. “Islamic communities are expanding across Europe that are choosing not to integrate, and instead are establishing Muslim culture in their host nations. In some cities, minarets are as common as steeples. In some communities, the law is sharia. More than a few cities in Western Europe have ‘no-go’ neighborhoods that are simply too dangerous for native Europeans to venture into.”

With every wave of migration, Europeans are becoming increasingly concerned that they are losing a part of their identity. To stop this trend, more and more people are willing to go to the extreme. Military strategists are already planning to deal with the problem head on. As Trumpet editor in chief Gerald Flurry explains in his free booklet The King of the South, Germany is preparing to increase its military presence aided by its European allies dramatically in North Africa. The Bible reveals where it will lead.

To learn more, request your free copy of The King of the South. Also read “Germany, Migrants and Angela Merkel’s Big Lie” to learn about Europe’s domestic response to growing Muslim populations.