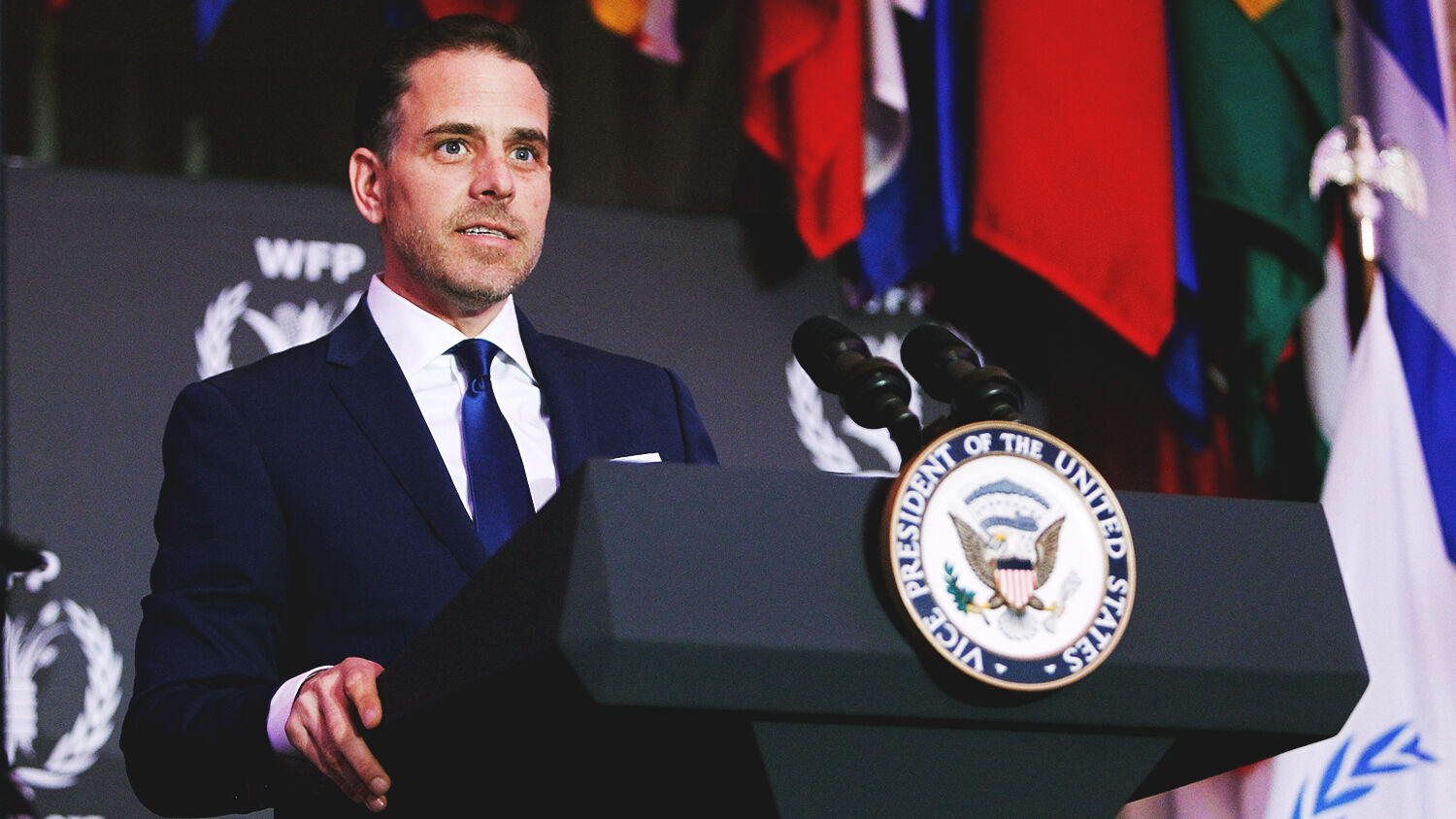 Cancel culture is a weapon unsheathed only for a certain kind of enemy, and only for a specific purpose.

Text messages from Hunter Biden’s laptop obtained by the Daily Mail show that he used the “n-word” multiple times in conversation with his white lawyer. The messages were sent as recently as 2019. One of the released conversations was on the subject of unconditional love, until Hunter, according to his lawyer, “interjected with frivolity” by using the n-word multiple times.

The Daily Mail obtained a copy of the hard drive to Hunter’s laptop earlier this year. Forensic experts verified the authenticity of the laptop’s contents. It was shown to contain pornographic images and videos, evidence of illegal drug-trafficking and prostitution, and now, Hunter’s liberal use of racist language.

The media reaction—or lack thereof—has raised a few eyebrows. Besides the Daily Mail and a couple other conservative news sites, the story has barely received any coverage. This is especially puzzling considering the fact that the story broke only a couple of days after President Joe Biden commemorated the 100th anniversary of the 1921 race massacre with his hate speech in Tulsa.

This would all be very, very bad for Hunter and his parents, if he were a local tv anchor or a cake-shop owner or a middle schooler or something. If he were any of those things then this story might conceivably consume the national news cycle for at least a day.

Fear not, though. Hunter Biden will be fine. His story will be restricted to the pages of the Mail and a few conservative-ish outlets. To his immense good fortune, he’s merely the son of a U.S. president who has inexplicably piled up one lucrative opportunity after another despite being a druggie and all-around screwup. Nobody at cnn finds his story interesting.

Now, if Hunter were someone really powerful and important, like an anonymous high-schooler dreaming of cheerleading at the University of Tennessee, then this story would be important.

Popular fact-checking site Snopes justified the media silence by writing, “There was no conclusive evidence that the controversial laptop ever belonged to Hunter Biden, nor is there any proof that the screenshots published by the Daily Mail authentically showed his text messages. The circumstances under which certain news venues apparently obtained the alleged evidence were questionable.”

One can only wonder if that same reasoning would be applied if the text messages belonged to Donald Trump Jr. instead of Hunter Biden.

The real story is about the hypocrisy.

Over the last few years, expert rebranding has transformed traditional American values into cardinal sins. The sinners are identified as perpetuating or representing traditional family and Judeo-Christian values. But they are said to have toxic masculinity or are branded as homophobes, transphobes and racists. Testimony from accusers and years-old tweets are the usual evidence. A public assassination is the usual dose of justice. For some, a prison sentence follows soon after.

But in every case, the sentencing is swift and the condemnation universal.

At first, cancel culture seemed to target anyone who committed any of those sins. But it seems some, like Hunter Biden, are above the law. Apparently, cancel culture can be situational. He clearly violated today’s characterization of racism, but there has been no national media inquest, no political commentator rants. The subject barely trended on Twitter. In fact, some defended Hunter’s use of the word.

Megan, sweetie! The problem is that Hunter is using the word as a term of endearment not a racial slur, putting a race down! He is using it in the correct manner, although he is not a POC he is using it correctly and not racially!

Why the rank hypocrisy? Why is it OK for Hunter Biden to do the very thing that gets other people canceled?

One of the main reasons is that Hunter Biden is the furthest thing from a representation of Judeo-Christian values. Yes, he is a wealthy white man—one of the worst things to be in America today—but he is well known for his engagement in illicit sexual activity and drug abuse. He has been accused of being central to corruption with Chinese and Ukrainian governments. Simply put, Hunter is nearly the opposite of everything cancel culture targets. It targets American culture, values and history—none of which Biden represents. That’s why his use of the n-word gets a pass.

Not to mention Hunter is firmly embedded in the upper echelons of the clerical elites of the left. His cancelation would do nothing for the agenda.

This reality, evidenced by the silence of mainstream media, reveals the true and evil intent of these 21st-century crusades: Cancel culture is only useful and only employed when it attacks America and what it stands for. Yes, in some cases it has executed some truly disturbed individuals, like Harvey Weinstein. But even this is laced with inconsistency and hypocrisy, which means it spares and tolerates many who are equally as guilty.

There is a reason God calls the United States a “hypocritical nation” (Isaiah 10:6).

This isn’t blind hypocrisy. At its core, it is driven by a being with a desire to completely erase America and all it stands for.

Trumpet editor in chief Gerald Flurry explains this in America Under Attack, written in 2013. Regarding the media’s free pass to the Obama administration, he writes:

What happens when most of the media just follow along with whatever the president says? What is going on? That is totally aberrant behavior! It seems these supposed professionals have lost all consciousness of their responsibility as journalists!

Without a free and truthful media, a republic cannot survive!

Why aren’t more people talking about this dangerous trend? This is serious beyond measure!

What you see there is a direct symptom of the spiritual reality I described in the first chapter. The devil, who comes as “an angel of light,” is using his powers of deceit and intimidation to get a stranglehold on this nation!

Through cancel culture, Satan has a vice grip on America. And clearly he’ll only squeeze when it proves fatal to the nation.

It’s easy to glance over Hunter’s use of the n-word. It is rather inconsequential in and of itself. But the media’s response to it, or lack thereof, reveals that there is a “prince of the power of the air” who is directing the radical left (Ephesians 2:2). He is the “god of this world” and he is at the heart of the wildly popular cancel culture. He himself is a liar and a hypocrite (John 8:44). And he is only interested in mobilizing the cancel culture when it advances his agenda to erase America.

America is under attack. Most people don’t know it. To learn how to defend yourself against being a pawn or a casualty, request Mr. Flurry’s free booklet America Under Attack.