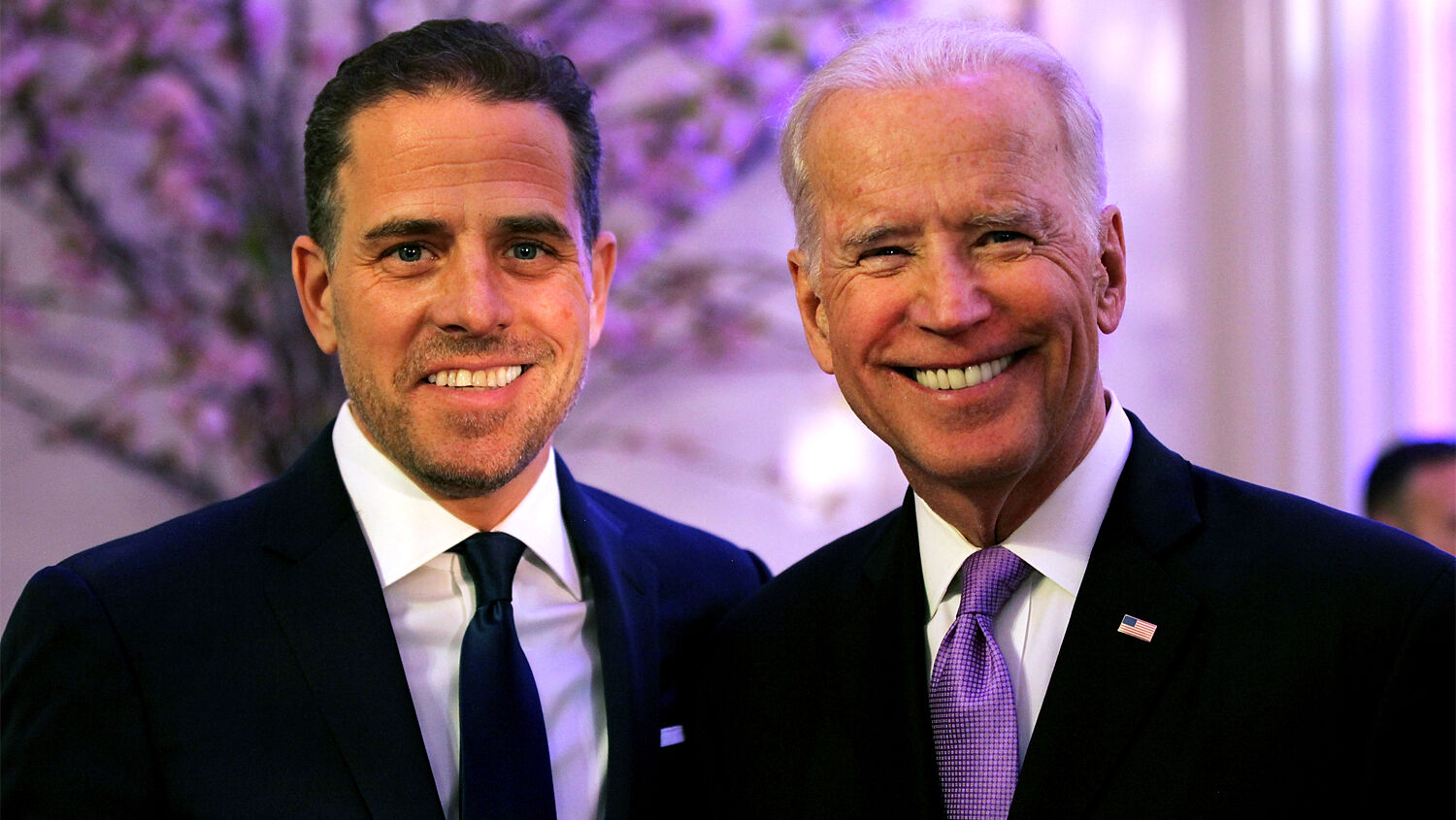 The propaganda media are gushing over Hunter Biden’s new biography, Beautiful Things, which purports to tell the unvarnished truth about the first son’s drug addiction. cnn’s Brian Stelter called the book “extraordinary” and “breathtaking.” David Zurawik at the Baltimore Sun called it “powerful” and “profound.” Yet even as the media hails Hunter’s memoir as a book that will help people struggling with addiction, a forensic investigation into a laptop Hunter owned is revealing that his unvarnished truth is dripping with several coats of lacquer, gloss and embellishment.

Late last year, the New York Post broke the story that Hunter’s personal laptop had been abandoned at a repair shop, and photos and information on it were shocking. Facebook and Twitter mass-censored everything to do with that story until after the presidential election in November and the declaration of Hunter’s father as the winner. Journalists were prohibited from talking about the subject. One investigative journalist who helped found The Intercept resigned because the company censored his article about it.

Now that Joe Biden has been installed in the White House, the censorship has relaxed somewhat, and reports have emerged that cyber forensics experts have confirmed that the laptop and its contents definitely belonged to Hunter.

“After obtaining a copy of the hard drive, DailyMail.com commissioned top cyber forensics experts Maryman & Associates to analyze its data and determine whether the laptop’s contents were real,” wrote Daily Mail senior reporter Josh Boswell. “The firm’s founder, Brad Maryman, is a 29-year fbi veteran supervisory special agent who served as an information security officer and founded its first computer forensics lab. … The report said the data on the drive ‘appear to be authentic,’ and that after an extensive search of its contents for any tell-tale signs of tampering, Maryman and Greenfield found ‘no evidence’ of fabrication—by Russians or anyone else.”

Maryman and his business partner, Dr. Joseph Greenfield, found 103,000 text messages, 154,000 e-mails and more than 2,000 photos on Hunter’s laptop. And what these messages and images reveal about the life of the first son is sickening.

The evidence shows a man obsessed with making pornographic videos with prostitutes and uploading them to pornographic sites. It indicates criminal activity involving prostitution and drug trafficking. It indicates that Hunter repeatedly dodged police action. It shows that he spent so much of his not insignificant income on prostitutes and crack cocaine that he asked his father to pay his children’s dentist bills.

The laptop shows that Hunter spent hundreds of thousands on prostitutes, drugs, luxury cars and more, yet he was scrambling to avoid jail time for $320,000 in unpaid taxes. E-mails from May 24, 2020, show he wired out $25,000 to a single prostitute. Some of the prostitutes connected to Hunter have even been arrested, but no one has yet dared to prosecute Joe Biden’s son.

The laptop also shows that despite his father’s talk about the importance of gun control, Hunter illegally purchased a .38-caliber pistol as a cocaine addict. His girlfriend, the widow of his brother, threw the gun away out of concern that Hunter would harm himself, but Joe Biden has never addressed the issue. The message from the Biden administration is clear: Gun laws are for the little people.

The way journalists usually react to such revelations, you would expect much more coverage of the activities of the son of the president of the United States, especially when involving special treatment, abuse of power, money laundering, drugs and prostitution. But covering these topics got journalists banned from social media before the presidential election.

Journalists also typically look into why a man whose only “qualification” is being the son of a top American politician was hired at Burisma Holdings, a Ukrainian energy company, for $50,000 a month. That gives you some idea of how much he was spending on cocaine and prostitutes before needing his father to pay his bills.

But in November, Joe Biden said there was “zero basis” for President Donald Trump’s claims that his son acted inappropriately regarding Ukraine. News executives and journalists largely accepted that explanation. But this same e-mail cache that reveals Hunter’s cocaine-fueled calamities and prostitute binges also reveals that he introduced his father to a top executive at a Ukrainian energy firm. And it shows that this occurred less than a year before then Vice President Joe Biden blackmailed the Ukrainian government into firing a prosecutor who was investigating that same company.

Joe Biden has tried to plead ignorance to the extent of his son’s addiction and business corruption in the past, but one of the biggest takeaways from the forensic review is that he has been enabling his son’s crimes and atrocious behavior.

“You’ve got countless photographs of him taking drugs,” said Maryman in an interview on Fox News. “You’ve got many, many text exchanges between him and women, some of whom we believe to be prostitutes, and some of whom actually have charges for prostitution. It becomes very clear when you see these texts that he is dealing with crack cocaine dealers and multiple prostitutes—sometimes getting two at the same time. You get to a point where Joe knows about his son’s severe drug addiction and he is still funding him. Hunter goes to him saying he doesn’t have enough money, that he is being bled dry by alimony payments when in fact he is spending thousands of dollars on prostitutes and crack cocaine. And Joe Biden says, ‘Can I pay your kid’s dentist bills? Do you need cash.’ In some ways, he is enabling him.”

And after all this, Hunter is on a book tour making money selling a sanitized version of his drug addiction story.

cnn opinion writer Nicole Hemmer called Hunter’s story “a window into America’s soul.” And on this count, she may be right. But through this window, we see no “beautiful things.”

Galatians 5:19-21 list “Adultery, fornication, uncleanness, lasciviousness, Idolatry, witchcraft, hatred, variance, emulations, wrath, strife, seditions, heresies, Envyings, murders, drunkenness, revellings and such like” as works of the flesh. “Witchcraft” in the King James Version is translated from the Greek pharmakeia, which could more precisely be rendered as the use or the administering of drugs. When you read about the contents of Hunter’s laptop, you read about a lot of drug addiction, fornication, uncleanness, lasciviousness, sedition and drunkenness. And you read about a lot of people in the government and the Biden family who enable these works of the flesh in order to protect their political careers and curry favor with corrupt businessmen in Ukraine, Russia, Kazakhstan and China.

These sins are not confined to the elites of our country. Many Americans are entertaining themselves with, tolerating, excusing, enabling and engaging in these same vices.

Regarding the sickness in America’s government, the Prophet Isaiah wrote, “Ah sinful nation, a people laden with iniquity, a seed of evildoers, children that are corrupters: they have forsaken the Lord, they have provoked the Holy One of Israel unto anger, they are gone away backward. Why should ye be stricken any more? … the whole head is sick, and the whole heart faint. From the sole of the foot even unto the head there is no soundness in it; but wounds, and bruises, and putrifying sores: they have not been closed, neither bound up, neither mollified with ointment” (Isaiah 1:4-6).

We are getting a stark look at just how grave this sickness is! Like our ancestors in ancient Israel, the Americans are fatally weakened not by bullets and bombs, but by sin. During the time of the Israelite King Jeroboam ii, the Prophet Amos condemned greedy leaders who prioritized selfish interests and enriched themselves while afflicting the people of Israel (Amos 6:1-6). Like the Bidens and many other elites, these people “put far away the evil day” and “drink wine in bowls”—acting as if their lavish lifestyle will last forever and ignoring threats to the nation. Yet God warned through the Prophet Amos that enemies will take advantage of our terrible weakness, and among the first to be captured will be these same elites!