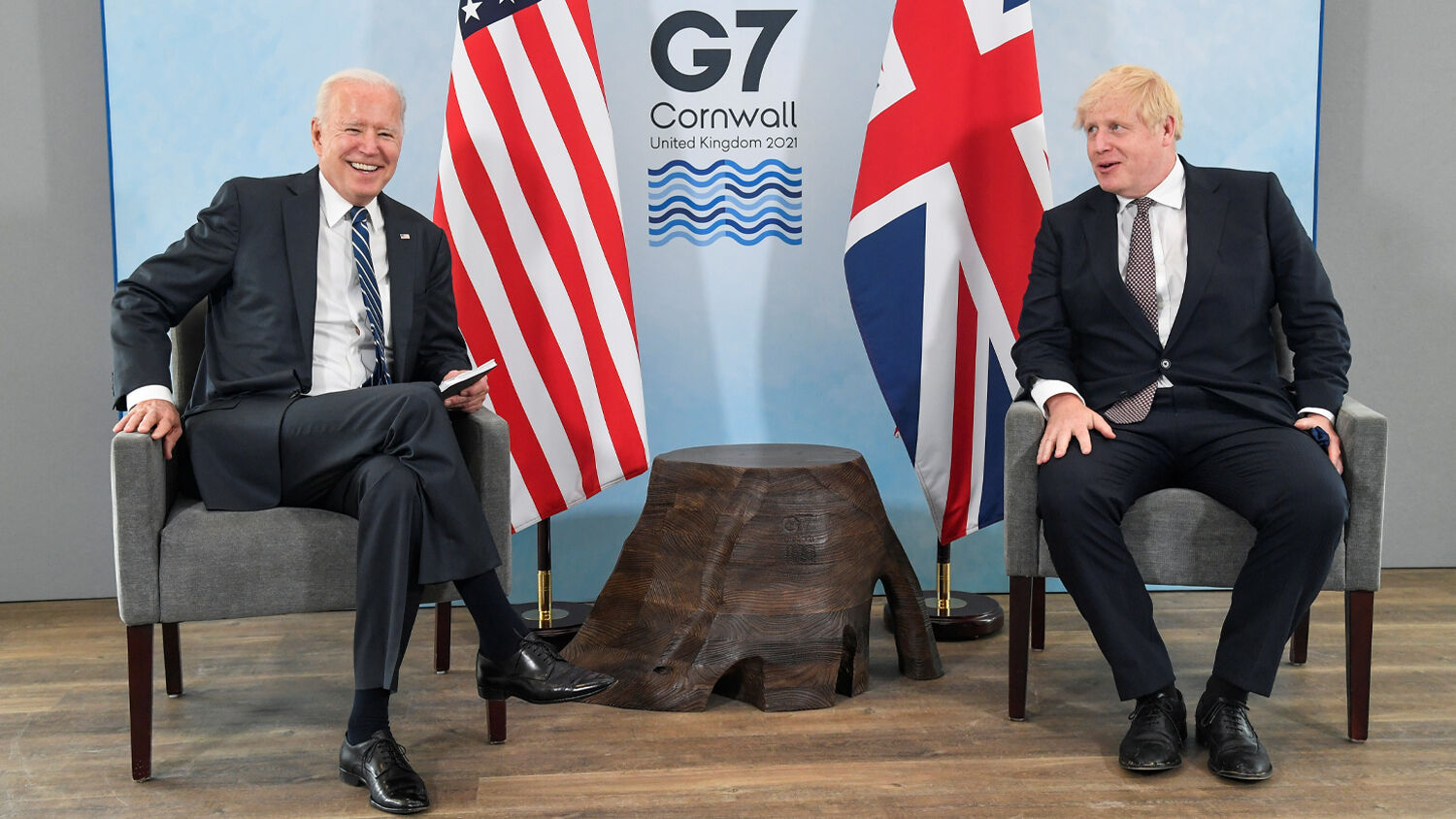 U.S.-UK relations aren’t as strong as you may think.

The United States issued the United Kingdom an unprecedented rebuke on the eve of a critical international summit, the Times of London reported on June 10. America’s top diplomat in London, Yael Lampert, sent Britain a “demarche,” accusing London of undermining the Good Friday Agreement of 1998. A demarche is a formal reprimand defined by the U.S. State Department as “a request or intercession with a foreign official, e.g. a request for support of a policy or a protest about the host government’s policy.” Demarches are normally reserved as criticisms of geopolitical adversaries, like Russia and China. The Times said the rebuke was “without recent precedent.”

What made it even more unusual was that it came just before U.S. President Joe Biden left for the UK to attend the G-7 summit, held June 11-13. The summit was meant to highlight the unity and close relationship between the UK and U.S. Photo ops were carefully planned. Biden would meet the Queen. British Prime Minister Boris Johnson hoped to bond with Mr. Biden over a shared ambition to cut carbon emissions and save the planet. Johnson and Biden planned to launch “The New Atlantic Charter,” reviving the glory days of the U.S.-UK relationship during World War ii. In imitation of the original Atlantic Charter of 1941, Biden and Johnson proclaimed ways in which Washington and London would cooperate to defend the global order. The G-7 summit would be a three-day celebration of the trans-Atlantic relationship.

Then the demarche torpedoed the show of unity before it could get started.

Britain and the European Union are currently squabbling over UK trade rights in Northern Ireland. The UK wants as few barriers between Northern Ireland and the rest of the country as possible. Meanwhile, the EU is insisting on the toughest, most divisive possible interpretation of the agreement signed recently over the issue.

In the demarche, the U.S. took the EU’s side. Lampert has also been pressuring London to accept EU agricultural standards.

Washington had good relations with London under the previous administration. President Donald Trump was supportive of the British government while he was in the White House. He backed the Brexit process and promised Britain a “phenomenal” trade deal once Brexit was complete. He commented that people called British Prime Minister Boris Johnson “a really good man” and “Britain Trump.”

Biden must have agreed with that statement. In 2019, he called Johnson the “physical and emotional clone” of Trump. This obviously wasn’t in a positive sense.

Barack Obama’s administration was notoriously Anglophobic. In 2016, then-President Obama said that, if Brits voted to leave the EU, the UK would be at the “back of the queue” in any trade negotiations. He ordered a bust of Winston Churchill to be removed from the White House. His foreign-policy adviser, Jeremy Shapiro, referred to the Falkland Islands under their Spanish (Argentinian) name. He mocked the idea of America and Britain having a “special relationship.”

In the 1990s, then Senator Biden campaigned to give a visa to Gerry Adams, leader of Sinn Fein (the Irish Republican Army terrorist group’s political wing) to enter the United States—to the ire of then British Prime Minister John Major. This supposedly was an attempt to convince him to enter the Northern Irish peace process. This would be the equivalent of allowing the leader of Hamas into America against Israel’s wishes.

Why is America’s president meddling in the internal affairs of its British ally? Considering that a majority of Britons in 2016 voted to leave the EU, why is Biden pressuring London to get back under the EU’s authority?

It seems like Biden, who is very proud of his Irish heritage, is inserting himself in British internal affairs for little more reason than to stick it to London.

But how important does the British government consider its alliance with the U.S. in the first place?

A British government insider told the Atlantic on June 7 that Johnson dislikes the phrase “special relationship.” After Biden reportedly used it in a phone call, Johnson apparently told him he had problems with it. The phrase was coined in 1946 in a speech by Winston Churchill, describing the alliance between the UK and U.S. Johnson finds the term “needy and weak”; he apparently thinks it puts Britain in an inferior position.

The third article of the charter reads: “[W]e remain united behind the principles of sovereignty, territorial integrity, and the peaceful resolution of disputes.” Apparently this doesn’t apply when it comes to Northern Ireland.

Trumpet editor in chief Gerald Flurry wrote an article for the July 2021 Trumpet issue titled “The Real Rift Caused by the Royal Couple.” Notice what he wrote:

Britain and America have done great things by working together. Winston Churchill dedicated much of his life to building a special relationship between America and Britain. They fought together in World War i and won the war. The same occurred in World War ii. Had Britain been left to itself, it could not have won!

When these nations are divided, both are less secure.

2 Kings 14:26 is an important passage regarding the problems facing Britain and America today. It describes a time in ancient Israel under King Jeroboam ii when there was no “helper for Israel.” The book of Amos is full of prophecy for the future, and it has a lot to say about King Jeroboam ii, which makes this passage in 2 Kings 14:26 prophetic (for more on why this passage describes modern times, read our article “America Has No Helper”).

“These verses are prophecy of a time when there would be no one to help these nations,” wrote Mr. Flurry. “People are creating and aggravating divisions within America and Britain—regarding race, class, politics and anything else they can think of. Now they are sowing divisions between these two nations. Splitting Britain and America apart from one another means that they cannot help each other.”

“The division developing between our nations is a deadly weakness,” he warned. “It’s a weakness the radical left and especially Barack Obama have spent years creating and exploiting.”

It’s no surprise the Biden administration is continuing that policy. Britain and America are more divided, especially under the current presidential administration, than many realize. And it is making both countries less secure. To learn the fundamental cause of this, please read “The Real Rift Caused by the Royal Couple.”