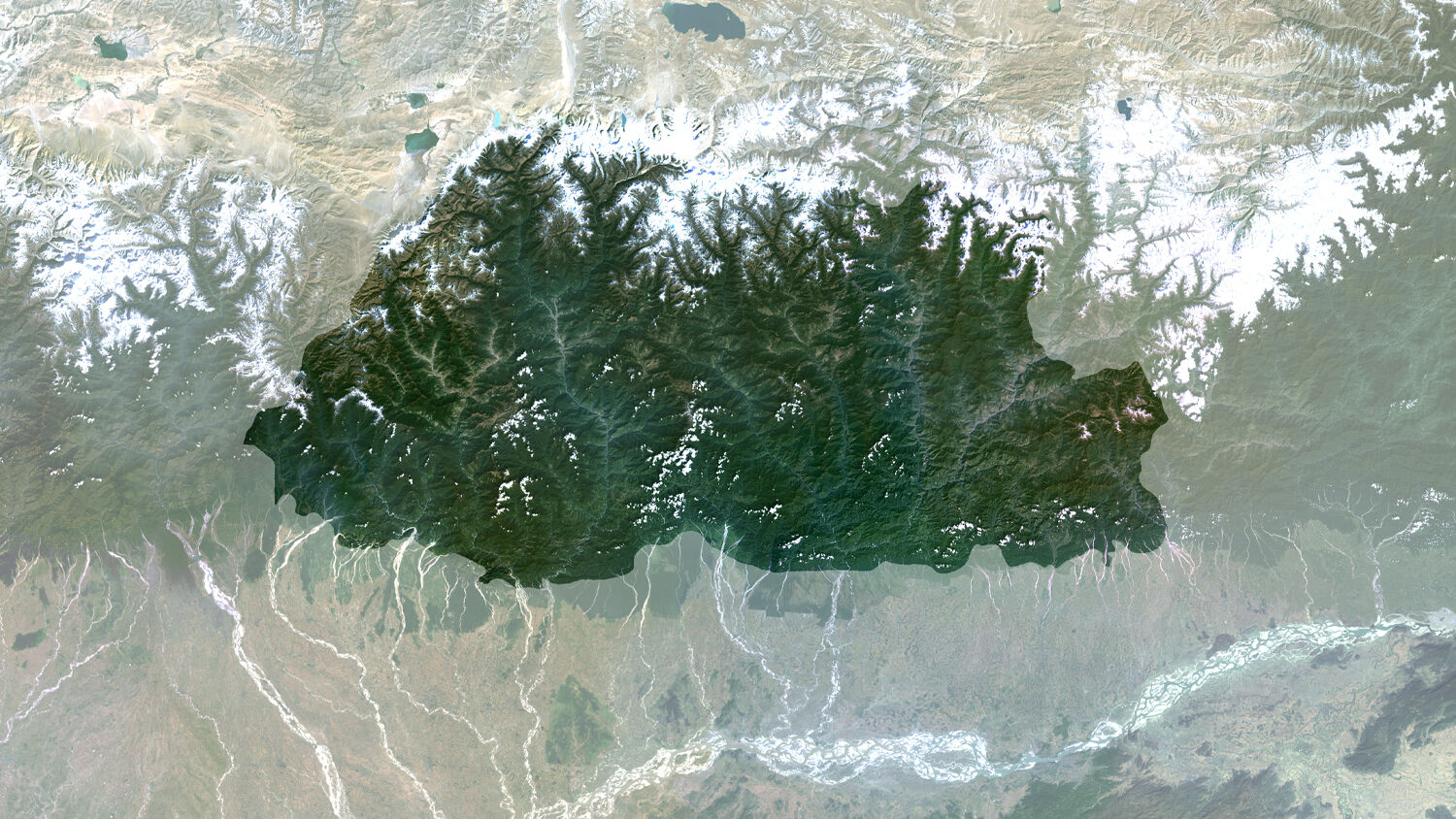 This brazen move is only the latest showing that the days of China biding its time and hiding its strength are over.

“Raise the bright five-star red flag high.” This was the rally cry that Communist Party official Wu Yingjie gave to Chinese citizens during a visit last year to a town China has recently built high in the Himalayas called Gyalaphug. But there is a big problem with Wu’s order and the very existence of Gyalaphug: While the Chinese claim that the town lies in China, it is actually well inside the nation of Bhutan.

Based on satellite imagery and Chinese media reports, Robert Barnett broke the story of China’s illegal construction of Gyalaphug in Foreign Policy last month. Barnett noted that Gyalaphug is one of three villages China has built in Bhutan’s Beyul region since 2015. It has also constructed “66 miles of new roads, a small hydropower station, two Communist Party administrative centers, a communications base, a disaster relief warehouse, five military or police outposts, and what are believed to be a major signals tower, a satellite receiving station, a military base, and up to six security sites and outposts.”

These developments mean almost all of the Beyul and the entirety of the nearby Menchuma Valley is under Chinese control. These regions together make up 1 percent of Bhutan’s total territory. Were the nation to lose this land, it would be comparable to the United States losing Indiana.

And China seems prepared to make Bhutan’s loss permanent. Official government rhetoric calls the citizens China has installed in these locations “soldiers without uniforms.” It orders them to make “every village a fortress and every household a watch post.”

The construction of Gyalaphug is especially provocative because it lies in an area called the Beyul Khenpajong, which is of exceptional religious significance to Bhutan’s people. Since at least the 15th century, the nation’s Buddhist literature has associated Beyul Khenpajong with heightened spiritual powers. “Given its incomparable importance for the Bhutanese,” Barnett wrote, “no Bhutanese official would ever formally relinquish this area to China, any more than Britain would yield Stonehenge or Italy Venice.”

But the Chinese didn’t wait around for Bhutan’s leadership to relinquish the region. Instead they decided to move in unilaterally and, in the words of Wu, “raise the bright five-star red flag high.” The Chinese simultaneously amplified claims that the region has always been part of China, even though official Chinese maps from as recently as the 1980s place it within Bhutan.

And it was not despite Beyul Khenpajong’s religious significance that China built there—but because of it.

What China really wants is Bhutan’s territory some 150 miles southwest of Gyalaphug on the Doklam Plateau. This area is adjacent to India, one of China’s main rivals. Controlling Doklam would give the Chinese military a sturdy foothold just 60 miles from India’s geographic weak spot, the narrow Siliguri Corridor that joins India’s mainland to its northeastern region. In the event of war, this foothold would give the People’s Liberation Army a major advantage over Indian forces.

For 30 years, China has tried to persuade Bhutan to cede the Doklam Plateau to Beijing. The Chinese repeatedly offered to give up their claims to the Beyul Khenpajong in exchange for Doklam.

But in an effort to avoid upsetting India (and since China is offering to “give” Bhutan something that already belongs to Bhutan), the Bhutanese leadership have refused. They appear to be trying to maintain what Bhutanese pundit Tenzing Lamsang has called a “disciplined silence.” As a small nation of just 800,000 people that is “stuck between two giants,” he wrote, Bhutan’s policy is “to avoid unnecessarily antagonizing either side.”

But now China is upping the ante, seizing and desecrating some of Bhutan’s most sacred ground by building villages and various military installations there. In so doing, China is openly violating the 1998 treaty it signed with Bhutan, in which it promised that “no unilateral action will be taken to change the status quo on the border.”

Barnett noted that the move marks “a dramatic escalation in China’s long-running efforts to outmaneuver India and its neighbors along their Himalayan frontiers.” He said the development is “more provocative than anything China has done on its land borders in the past.”

As brazen as Beijing’s move in Bhutan is, it’s only the latest showing that the days of China biding the time and hiding its strength are over. The same fact is evident in Xinjinag, Hong Kong, the South China Sea, Inner Mongolia, Sri Lanka and Cambodia. In all these locations, the message is clear: China is mighty and is bent on overtaking the U.S. to dominate Asia and eventually the world.

This is a chilling reality, especially considering how the Chinese Communist Party treats its own people and those of other nations. But the Bible tells us that as alarming as the current trends are, they will continue. China will become a dominant global power and the U.S. will be marginalized.

Luke 21:24 says a global era will soon set in called “the times of the Gentiles.”

The term Gentile basically means all nations other than those that descended from the Israel. Modern “Israelites” include the Jewish nation called Israel and also the United States, Britain and others.

For decades, American and British leadership was an imperfect but stabilizing force for civilization because of the nations’ biblically influenced beliefs in the God-given rights of individuals, the rule of law and the injustice of government tyranny. But these nations have refused to turn to God, and as a result are having their power stripped from them.

During “the times of the Gentiles,” Mr. Flurry wrote, “two major powers—one revolving around Russia and China, and the other around Germany” will become the dominant global powers.

China’s illegal seizure on Bhutan’s land, and the other atrocities now happening under the Chinese Communist Party are only the beginning. That is all just a preview of how horrendous the times of the Gentiles will be. As Mr. Flurry wrote, we are now seeing only the first gales of this “catastrophic storm.”

Luke 21:26 says that in the tempestuous days ahead, “men’s hearts” will be “failing them for fear.” But the very next verse shows that the storm clouds will break and give way to a stunning radiance. To understand the unfathomably bright future that lies beyond the approaching storm, read Mr. Flurry’s article, “The Climax of Man’s Rule Over Man.”