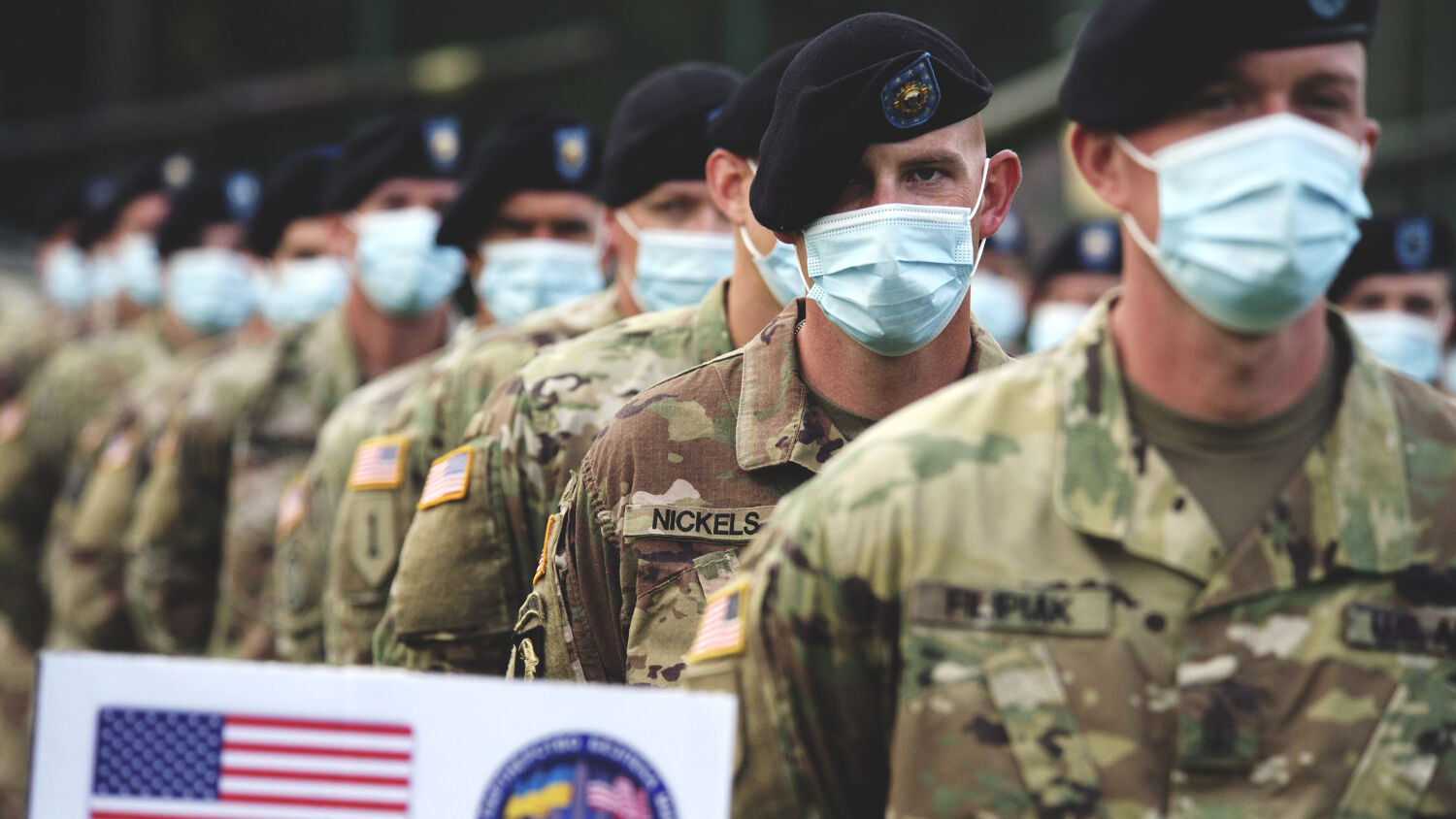 Servicemen of the U.S. Army stand to attention during an exercise.
MARKIIAN LYSEIKO/Ukrinform/Barcroft Media/Getty Images

“New data indicates that, despite China’s ridiculously low official defense spending figures, the value of its defense budget may have surpassed what the U.S. actually spends on defense,” wrote defense spending expert Bill Greenwalt for Breaking Defense on May 26.

America spent $778 billion on defense in 2020, more than the rest of the top 10 countries combined. By comparison, China only spent $252 billion on its defense last year. Many in the West draw comfort from such statistics, especially in the face of the growing threat from China. The belief is that this threat will be neutralized by simply redirecting and dedicating some of these massive funds to specifically countering China.

But it’s not that simple.

It’s not just about how much money you have available to spend. What makes a difference is the actual purchasing power—the value of the money you spend, and what the expenditures are specifically going toward. For example, while an American service member may collect a salary of around $1,700 a month, a Chinese soldier is paid $108 a month. Similar disparities apply to purchasing and maintenance of military equipment.

And the U.S. advantage is shrinking. Even having accounted for the coronavirus-driven economic downturn, China’s defense spending is projected to grow by 6 percent while America’s struggles to keep up with inflation. In addition, little of America’s defense budget goes toward actual usable combat power. What little does costs more than it does for China.

“We spend $1 billion more on Medicare in the defense budget than we do on new tactical vehicles. We spend more on the Defense Health Program than we do on new ships,” says Rep. Anthony Brown. Funds allocated for military also go to salaries, grocery stores, healthcare, cancer research and much more. “In total,” Brown said, “some $200 billion in the defense budget are essentially for non-defense purposes.”

As this trend continues, expect the gap between China and the U.S. to continue shrinking.

In addition, any confrontation between the U.S. and China is likely to be on the Chinese periphery. It costs considerable more money to fight a war far from home, especially when military power is spattered around the globe.

It may take the combined weight of U.S. military power to prevail over the [People’s Liberation Army] in Asia, but U.S. forces are scattered all over the map of the Pacific and the world. Because it cares mainly about what happens in the Western Pacific, Beijing can concentrate its assets near likely scenes of conflict. It can hurl the whole of its military might at the fraction of U.S. forces present in the theater. Who wins when part of one armed force takes on a peer force in its entirety?

America did once have a seemingly unassailable advantage over China and the rest of the world militarily. But as Adm. James Stavridis, former Supreme Allied Commander of the North Atlantic Treaty Organization, wrote on May 30, “Over the next decade, that gap will close and—if the U.S. does not respond—will favor China.”

An era that “will favor China” was prophesied in your Bible, and it is coming soon. Jesus Christ Himself called this rapidly approaching age “the times of the Gentiles” (Luke 21:24).

Herbert W. Armstrong proved in The United States and Britain in Prophecy that America and Britain descended from ancient Israel. Therefore, Bible prophecies about “Israel” in the end time are chiefly about the U.S. and Britain today. And as Trumpet editor in chief Gerald Flurry explained in his article “What Are the Times of the Gentiles?” certain Bible prophecies detail the conclusion of the era of Israelite dominance and the rise of the Gentiles, “the non-Israelite peoples” who “have started to take charge of the world right now.“

Nations like China have already been exerting a heavy influence on global affairs. And from its colonization of the South China Sea, to its diabolical treatment of Uyghur Muslims, to its human rights abuses in Tibet, to its claims over Taiwan and even its unleashing of covid-19 on the world, we have been getting a sneak peek into just how oppressive this approaching era will be. And prophecy tells us it will get far worse in the near future. Mr. Flurry explained:

The Bible is full of prophecies of this horrific time, and Christ said all of them will be fulfilled within a short span of time. If you follow the signs He gave us, you know that time is about here. “And they shall fall by the edge of the sword, and shall be led away captive into all nations: and Jerusalem shall be trodden down of the Gentiles, until the times of the Gentiles be fulfilled” (verse 24).

These “times of the Gentiles” are yet to be fully realized. However, we are in the outer edges of this catastrophic storm.

America’s advantage over China and the other Gentile nations is rapidly evaporating. We are witnessing the decline of a superpower and the prophesied rise of another. Our February 2021 Trumpet issue delves into the threat that China poses. Please read our cover article “Wake Up to the Threat From China” for a thorough understanding of who the Gentiles are and what their ascent to power means for this world.