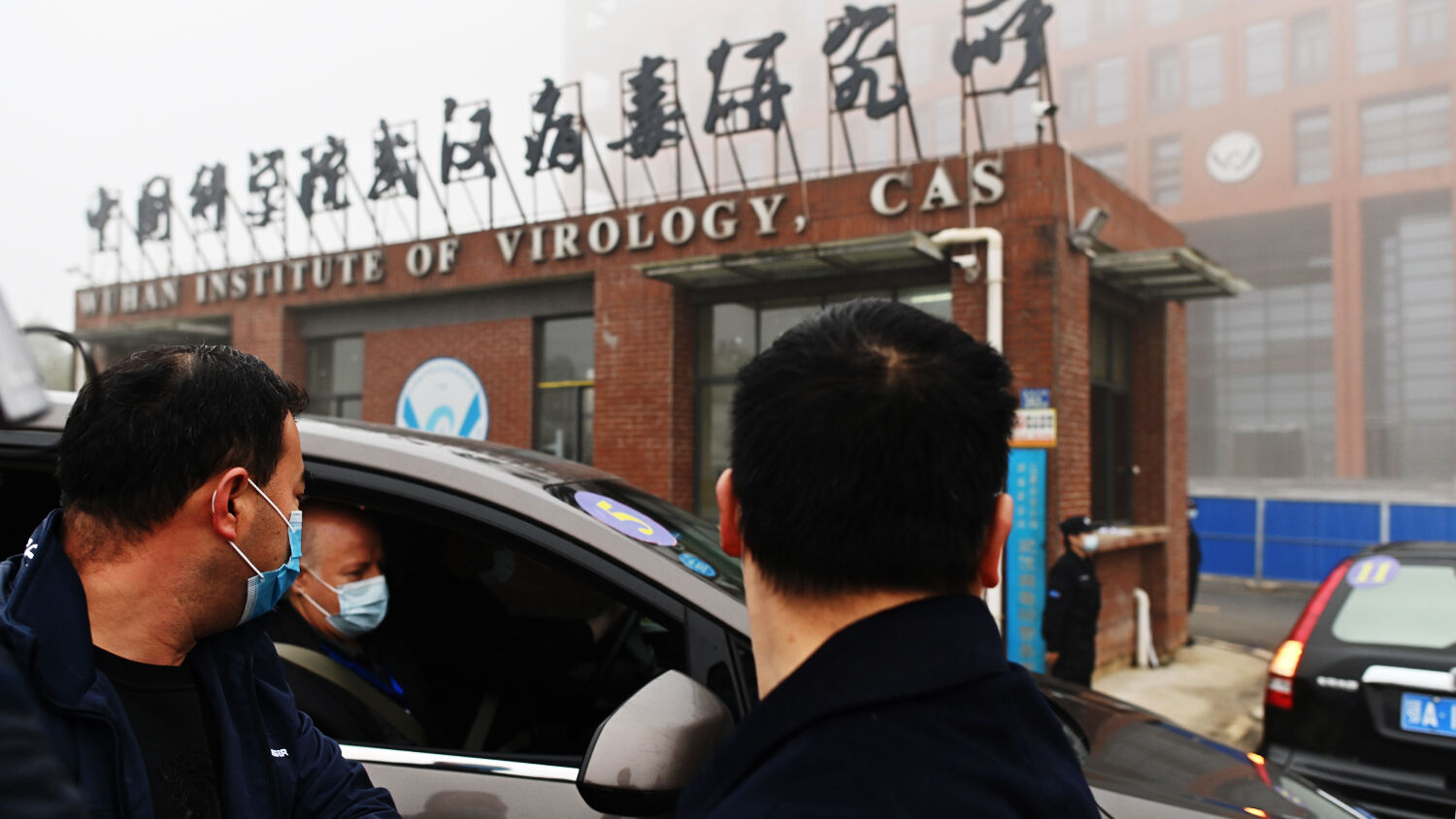 Members of the World Health Organization team investigating the origins of the covid-19 coronavirus arrive at the Wuhan Institute of Virology on February 3.
HECTOR RETAMAL/AFP/Getty Images

A 2015 military handbook sheds light on China’s view on bioweapons.

A Chinese government-published handbook on how to use biological weapons contains information mirroring the effects of the covid-19 pandemic, Sky News Australia reported on May 9. The book, The Unnatural Origin of SARS and New Species of Man-made Viruses as Genetic Weapons, was published in 2015. No English translation apparently exists yet, but it can still be found online.

Much controversy surrounds the origins of the covid-19 pandemic. The original story was that the disease started in a wet market in Wuhan, China. Some sort of animal sold at the market, like a bat, was sick with a coronavirus. That coronavirus mutated and spread to humans. And from there, it went to infect the world.

That story has since been debunked. There are indications the virus instead originated in the Wuhan Institute of Virology. It may even be a genetically engineered bioweapon. (Please read “Is COVID-19 a Chinese Bioweapon?” for more information.)

The Unnatural Origin of SARS and New Species of Man-made Viruses as Genetic Weapons gives the claim more credibility. Some of the book’s passages have eerie parallels with what is going on in the world today.

“Large-scale biological weapon attacks can cause many indirect consequences in addition to human casualties,” reads one passage. “Major impacts include enormous burden on healthcare [systems].” The book even states that a bioweapon crisis “could cause the enemy’s medical system to collapse.”

Think about the government’s warnings of our hospitals being overburdened. Think about how some countries base their lockdowns on the stress on their health-care systems. Think about how millions are pressuring their governments for access to untested vaccines.

I’m writing this from our office in the United Kingdom. A slogan we in the UK hear often from the government is, “Save lives. Protect the nhs,” referring to the National Health Services. Much of the British government’s covid-19 plan revolves around stopping the nhs from collapsing.

Biological weapons will not only cause widespread morbidity and mass casualties, but also induce formidable psychological pressure that could affect combat effectiveness. Just like other disasters, people will live under fear of attack for a considerable period of time after an attack, causing brief or lasting psychological impairment among some. In other words, attacks using biological weapons can cause acute and chronic psychological and mental illnesses, such as acute stress reactions.

The handbook also discusses the best circumstances to use bioweapons. For example, it discourages using them in broad daylight. Direct sunshine apparently hinders their effectiveness, as does rain or snow.

What may be most chilling about the book is its rationale for using bioweapons. Conventional attacks can be traced to their origin, triggering international backlash. But bioweapons “can be concealed [in deployment] and [it] is hard finding evidence against them.”

The book continues: “Even in the face of academic, virological or animal evidence, [one can] deny, prevent [someone from raising the issue], suppress [possible accusations], leaving international organizations and righteous people helpless.”

But think about how China has been trying so hard to disassociate itself from the virus. With the original wet-market theory debunked, Beijing has tried to blame other countries for the virus. The Chinese government claimed that the virus is an American bioweapon introduced by American soldiers visiting Wuhan. Another story is that it stowed away on frozen food imports from places like Brazil. There is no credible support for either theory.

Even if China’s not at fault for the pandemic, its response to the start of the pandemic implicates it in biowarfare. Notice what Trumpet editor in chief Gerald Flurry wrote in his article “Where Is the China-America Clash Leading?”:

It was only on January 23 that the ccp finally locked Wuhan down altogether. Many crucial days passed by while millions of people were leaving Wuhan for other parts of the world.

The report then notes that throughout February, Beijing pressured “the U.S., Italy, India, Australia, Southeast Asian neighbors and others not to protect themselves via travel restrictions.” This pressure came even as China was imposing heavy restrictions on its own people!

It shows that there was preplanning on China’s part, and that the nation willingly spread the plague.

Yet China has still been able to make itself look innocent. Not only that, but with its international vaccination program, China actually looks like the hero to many countries.

Again, just as the book described.

The book had several authors. One of its two editor in chiefs was Xu Dezhong. He was the head of the team sent to investigate a sars epidemic in China. sars is another coronavirus disease and a close relative of covid-19. Xu is a professor and doctoral supervisor at the Air Force Medical University’s Military Epidemiology department. He has trained over 100 people with doctorates and other students. An analyst at the research organization drastic said that Xu training up “the latest generation of pla [People’s Liberation Army] scientists.” He is well respected both in his field and in the Chinese Communist Party.

In other words, “the latest generation” of biological experts in the Chinese military were educated for years by an influential Communist Party member who is an expert in coronavirus epidemics and how to use bioweapons. And the information in his bioweapons handbook matches what has happened with the covid-19 pandemic almost to the letter.

At the very least, The Unnatural Origin of SARS and New Species of Man-made Viruses as Genetic Weapons is more proof that China is an extremely dangerous country that poses a threat to world order and stability.

The true extent of the threat China poses to the world—and America specifically—isn’t realized by many. The covid-19 pandemic is only the tip of the iceberg. If you would like to learn more fully about China’s subtle infiltration warfare, please read the cover article for our February 2021 Trumpet issue, “Wake Up to the Threat From China.”