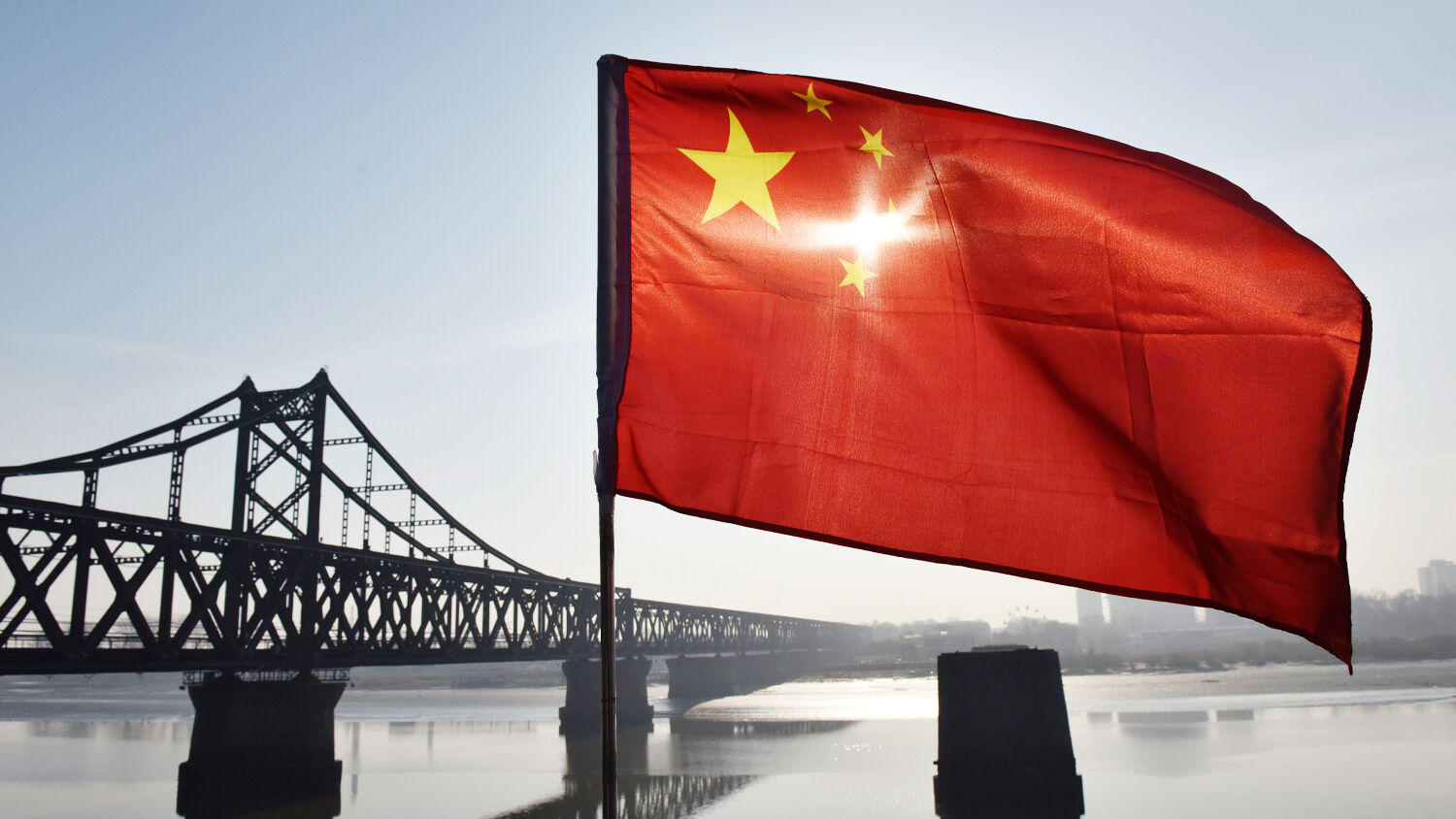 The Chinese flag flies on the Yalu River Broken Bridge, with the Sino-Korean Friendship Bridge and the North Korean city of Sinuiju behind, in China’s northeast Liaoning province on Feb. 23, 2019.
GREG BAKER/AFP/Getty Images

China and North Korea are trading for the first time in 15 months. Radio Free Asia reported on April 22 that imported Chinese goods are stocking grocery shelves and food prices are falling in North Korea. Asia Times told of trucks crossing from China into North Korea.

The commerce will boost North Korea’s economy, which has been suffering due to coronavirus trade restrictions. United Nations sanctions on North Korea have forced Pyongyang to rely on China for more than 90 percent of its trade. But in January 2020, China and North Korea stopped trading to prevent the spread of covid-19.

AsiaPress stated, “Shortages of daily necessities, medicines and production materials have worsened, and factory equipment and spare vehicle parts are not coming in from China, leaving the economy in a state of paralysis. Some of the poor have died of disease and hunger.” As trade reopens, agricultural materials are the priority, it said. Importing fertilizers, insecticides and machinery from China will help North Korea produce enough food this growing season. This is “the main reason for the North Korean government’s urgency to resume trade.”

Another sign of renewed trade between the countries is activity on the New Yalu River Bridge. This bridge connects Dandong in China with Sinuiju in North Korea. It was completed years ago, except for a connecting point on the Korean side. Now, trucks bringing construction materials have crossed the bridge from China to Korea.

Trading with China “won’t be a miracle cure for all that ails North Korea’s economy,” Asia Times wrote. But it will ease the immediate economic pressure and create opportunity for more partnership between Pyongyang and Beijing.

The Trumpet has watched the relationship between China and North Korea for years. In 2010, when Kim Jong-il was still the leader of North Korea, Trumpet writer Brad Macdonald said “the reason Beijing keeps North Korea afloat is because Kim Jong-il’s ideologies and ambitions align perfectly with China’s goal of undermining the United States!” Shipping fertilizer and food to North Korea does not directly undermine America. But China’s purpose is ultimately not to aid impoverished North Koreans. It is to maintain the threat that a functional but unstable North Korea poses to the West. Commerce with North Korea preserves this geostrategically advantageous tool for China.

Trumpet editor in chief Gerald Flurry wrote, “The Bible’s prophecies show that, in a sense, the North Korea crisis is a massive distraction from the real threat posed by China and Russia. These powerful Asian nations are the only reason North Korea is able to operate so freely. And Bible prophecy shows that they pose a threat many times greater than the one from North Korea!” (co-worker letter, Sept. 13, 2017).

Watch to see whether belligerence from North Korea begins to resurface. And keep your eye on the real threat from China. To learn more about where North Korea’s ties with China will lead, read Nuclear Armageddon Is ‘At the Door.’