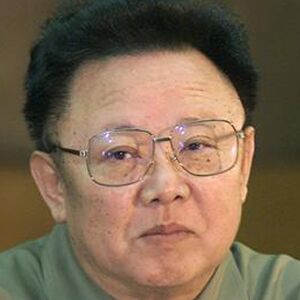 For China, Kim Jong Il is another tool through whom it can challenge the United States.

When Kim Jong Il began shelling the South Korean island of Yeonpyeong last month, most of the world, especially regional counterparts such as Japan and Taiwan, roared with disapproval.

Amid the fracas, however, China remained relatively quiet.

China has a lot at stake on the Korean Peninsula. If Kim Jong Il’s regime collapsed, or if North Korea was thrust into a prolonged crisis, a massive humanitarian disaster would be set off, and China would be invaded by tens of thousands of fleeing North Koreans. Beyond being a potential social burden on China, North Korea is also a military threat. North Korea’s nuclear launch sites are closer to Beijing than to Tokyo. Hundreds of millions of Chinese live well within range of Pyongyang’s short-range missiles; China’s entire population is in striking distance of North Korea’s long-range Taepodong-2 missile.

Even still, China’s leaders display little interest in curbing North Korea’s belligerence. Yesterday, Adm. Mike Mullen, Chairman of the U.S. Joint Chiefs of Staff, stated that the “Chinese have enormous influence over the North, influence that no other nation on Earth enjoys, and yet, despite a shared interest in reducing tensions, they appear unwilling to use it.'’

The reason China refuses to deal with North Korea is simple.

China’s modern relationship with North Korea began at the beginning of the Cold War, when, in 1950, Communist China dispatched soldiers into the Korean Peninsula to fight alongside their North Korean comrades against South Korea and its ally the United States. Ever since, Beijing has maintained its Cold War policy of defending North Korea from the U.S. and the international community.

This relationship was conceived in mutual opposition to America, and that is what holds it together today.

Some believe Beijing sustains and defends North Korea because it fears the flood of refugees an implosion of Kim’s regime would create. While that’s true, surely such short-term problems would be minor compared to the long-term advantage of encouraging an economically and politically stable government without ominous nuclear aspirations in Pyongyang.

The reality is more sinister: China’s leaders support Kim’s regime because a rogue North Korea serves China’s ambitions, both within the region and globally!

First, the existence of an unpredictable, highly volatile nuclear aspirant is a distraction to China’s competitors in the region. “Apparently, [Chinese] President Hu Jintao finds Kim useful in the short term for keeping Japan and South Korea off balance,” wrote Chang. China employs North Korea in Asia in much the same way Iran employs Hezbollah in Syria and Lebanon: as an instrument to push, pry and distract Western-aligned governments, thereby undermining and countering U.S. interests in Asia.

The media are awash with reports on China’s measured effort to eviscerate the U.S. economy, including its moves to destabilize the dollar and undermine the American financial system. Evidence shows that Beijing is expanding its military capacities, especially its navy, and solidifying military and strategic partnerships to counter America. China is competing with the U.S. in space, and reports show it to be undermining U.S. power in cyberspace. It has forged dubious relationships with anti-American regimes in Africa and Latin America, and it consistently handicaps America’s diplomatic ventures around the world, particularly in sensitive places like Iran.

When you consider China’s defense of North Korea in this broader perspective, there’s only one conclusion: China considers Pyongyang a tool with which it can challenge the U.S.!

When North Korea entered the nuclear club in October 2006 by detonating its first nuclear device, Henry Kissinger, Sam Nunn, William Perry and George Shultz wrote a joint article saying that “the world [was] on the precipice of a new and dangerous nuclear era.” “[T]he likelihood that non-state terrorists will get their hands on nuclear weaponry is increasing,” they wrote. “In today’s war waged on world order by terrorists, nuclear weapons are the ultimate means of mass devastation. And non-state terrorist groups with nuclear weapons are conceptually outside the bounds of a deterrent strategy and present difficult new security challenges” (Wall Street Journal, Jan. 4, 2007).

Thanks to China’s backing since the 1950s, North Korea can now construct nuclear weapons!

Moreover, with China’s sanction, Pyongyang now sits at the center of the global black market trade in nuclear technology. Strong evidence links the North Korean and Iranian nuclear programs. North Korea’s fingerprints were all over the nuclear facility in Syria bombed by Israel in September 2007. China itself, violating the Nuclear Non-Proliferation Treaty it signed in 1992, helped develop Pakistan’s nukes. In an age of nuclear proliferation among rogue terrorist-sponsoring states, China is supporting and defending the nation with the most advanced rogue nuclear program!

Why isn’t China concerned about Pyongyang’s nukes finding their way into the hands of terrorist organizations? Simple. It knows the nukes won’t explode in Beijing or Shanghai, but in New York City or Los Angeles. China has groomed North Korea’s nuclear ambitions from their infancy. It pleases Beijing that Pyongyang’s nukes are pointed not west, but east, at America’s shores.

For America and the international community, the solution to North Korea’s belligerency runs through China. If China stops its support of North Korea, politically, financially and ideologically, then perhaps Kim Jong Il’s regime can be overthrown. Problem is, the United States lacks the leverage to convince China to deal with Pyongyang. In fact, America right now needs China to keep the U.S. economy alive by financing its gargantuan debt.

No matter where we live, we must take North Korea—especially its quest to proliferate nuclear weapons—seriously. Bible prophecies speak of a soon-coming nuclear winter, a time when, as the Prophet Habakkuk warned, there will be worldwide destruction of plant and animal life: “the fig tree shall not blossom, neither shall fruit be in the vines; the labor of the olive shall fail, and the fields shall yield no meat; the flock shall be cut off from the fold, and there shall be no herd in the stalls” (Habakkuk 3:17). To learn more about this nuclear holocaust, request our free booklet Habakkuk and read Chapter 3.

In the Olivet prophecy in Matthew 24, Jesus Christ warned that world conditions would be so bad immediately before His Second Coming that unless He intervened, “there should no flesh be saved.” The only way world conditions could become so dangerous that they threaten all human life is if nuclear bombs are exploding around the world.

By continuing to sponsor North Korea’s belligerence, China is accelerating the fulfillment of this prophecy.