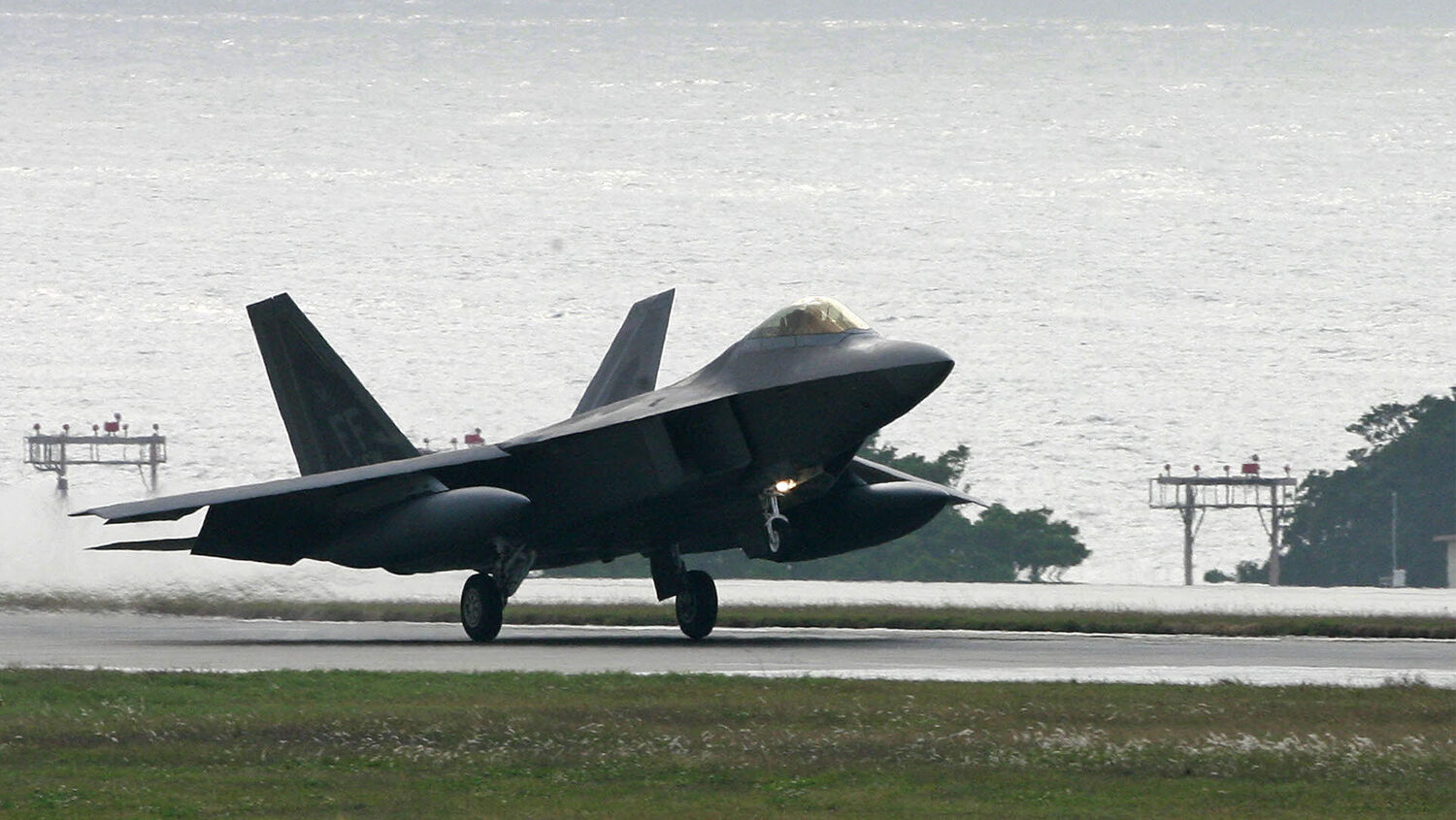 The pollution is only the latest issue stemming from the presence of American troops in Okinawa.

The United States’ Kadena Air Base in Okinawa, Japan is poisoning the drinking water of nearly half a million people with carcinogenic chemicals, the Globe Post reported on March 25. It is believed to be the most severe instance of environmental contamination in the island’s history.

The Kadena base, America’s largest Air Force hub in the Pacific, allegedly uses a type of firefighting foam in its sprinkler systems that contains both perfluoroalkyl and polyfluoroalkyl substances. These pfas are effective in sprinklers because they are highly resistant to heat and water. But they biodegrade at glacial speeds, and if ingested, remain in our bodies for decades. According to the U.S. Agency for Toxic Substances and Disease, accumulating significant quantities can lead to cancers of the kidneys and testicles, birth defects, and liver and immune system damage.

This is why Okinawans were concerned when recent tests of rivers in and near Kadena Air Base found that pfas were present in quantities far beyond safe levels. “[L]ocal authorities detected high levels of the substances in rivers … spring water, fish and farmer’s fields,” Jon Mitchell wrote for the Diplomat. “Most alarming, prefectural officials found pfas in the island’s drinking water, which is sourced from rivers near Kadena Air Base and an aquifer beneath the facility.”

The U.S.’s Environmental Protection Agency recommends a maximum level of 70 parts per trillion (ppt) of pfas in drinking water. The Environmental Working Group argues that even this is several times higher than what is safe.

But around Kadena, levels are as high as 120 ppt.

The U.S. has stonewalled attempts by Japanese officials to investigate the base, and a military spokesman said in 2019 that it “would be inappropriate to speculate where the presence of [pfas] in off-base waterways originated.”

But the base’s internal reports acknowledge that between 2001 and 2015, its personnel mistakenly discharged 23,000 liters or more of firefighting foam. One significant release occurred in 2015 after an intoxicated soldier trespassed into a hangar and triggered the sprinkler system. Last April, a barbecue held by U.S. Marines at the nearby Futenma Air Station set off a sprinkler system which released 140,000 liters of pfas.

And Japan’s Ryukyu Asahi Broadcasting has found that the poisoned water supplies seven local municipalities, which are home to a combined 450,000 people. Blood tests on residents who drank the water regularly revealed that levels for certain pfas were 53 times higher than the Japanese average. Authorities have documented significant increases in liver-related problems as a result of the poisoned water, and more studies are underway to see how pervasive the harm to Okinawans may become.

This water contamination issue is egregious. And it’s only the latest serious problem stemming from the presence of U.S. troops in Okinawa.

Following Japan’s defeat in World War ii, the United States occupied the nation and drafted its Constitution, including a clause barring Japan from maintaining “land, sea and air forces, as well as other war potential.” America and Japan then signed the Treaty of Mutual Cooperation and Security, which codified Japan’s dependence on the U.S. for its defense. The treaty said America would defend Japan by stationing U.S. forces within its borders and near potential conflict zones in the region.

About half of the 50,000 American troops now stationed in Japan are based in Okinawa, and American installations cover nearly one fifth of the island’s total area.

Over the years, Okinawans have complained that the troops bring violent crime and unbearable noise to the island. Now serious pollution, which Mitchell says constitutes “the worst case of environmental contamination in the island’s history,” can be added to the list of grievances.

Many Okinawans want the American military off the island entirely. But citizens on the country’s other islands do not want U.S. forces relocated to their cities. As Takeharu Onaga, son of the late governor of Okinawa, said: “The [relocation issue] is pushed to Okinawa because nobody on the mainland wants it.”

In the 76 years since World War ii ended, Japan has quietly undermined the pacifism enshrined in its Constitution. It has quietly worked toward military normalization. And many Japanese wish for the nation to entirely abandon what remains of its constitutional limits and its dependence on the U.S. and to become an overt military power once again.

The Trumpet has predicted for decades, based on Bible prophecy, that Japan will return to full-fledged military power status. The Okinawans’ growing dissatisfaction with the U.S. bases on their island is one factor that is creating the circumstances for this shift to occur.

Specific Bible prophecies about the end time show that Japan will be part of a confederation of Asian nations that is called in Revelation 16:12 “the kings of the east.” Ezekiel 38:1-2 show that this gargantuan Asian bloc will be led by Russia. Verse 6 shows that Gomer and Togarmah—ancient names indicating modern Japan—will be part of this powerful alliance. This indicates that Japan’s security dependence on America will soon come to an end and the nation will normalize its military and be drawn into Russia’s orbit.

To understand why the Trumpet watches the remilitarization of Japan, and to learn the details of Japan’s role in end-time Bible prophecy, please read our Trends article “Why the Trumpet Watches Japan’s March Toward Militarism.”