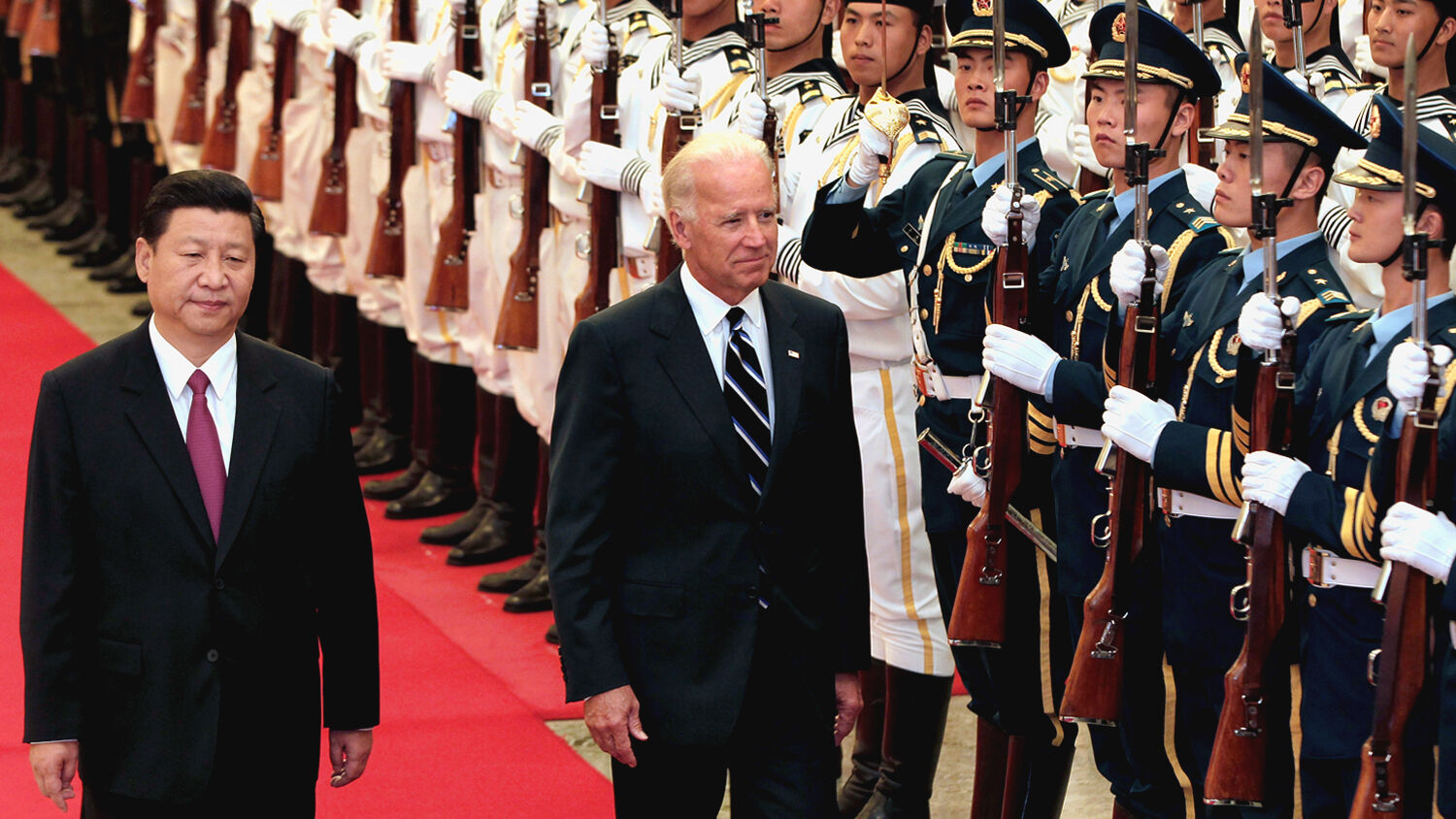 When it comes to China, Joe Biden speaks loudly and carries no stick.

More than 20 top Biden administration officials have been compromised by the Chinese Communist Party, according to former White House trade adviser Dr. Peter Navarro. “Over 90 percent of Americans now understand that Communist China is an existential threat to this country,” Dr. Navarro told Fox News Primetime on March 17. “Yet we know that over 20 top officials in the Biden administration are compromised in some way through money pots by the Communist Party of China.”

Dr. Navarro did not specify which 20 officials were compromised. He only noted that the Chinese Communist Party (ccp) had infected America with a deadly virus and that Secretary of State Tony Blinken refuses to confront China about it. But Ben Weingarten from the Claremont Institute has written about how Blinken cofounded a consultancy, WestExec Advisors, that helps corporations and academic institutions pursue economic interests in China. And two of Blinken’s colleagues, Director of National Intelligence Avril Haines and White House Press Secretary Jen Psaki, were on WestExec’s payroll.

So at least three top Biden officials have a vested interest in helping Communists succeed financially.

And these names do not count links between the ccp and family members of U.S. officials. Joe Biden’s son Hunter has close connections in China, as does his brother James and sister-in-law Sara.

Prof. Di Dongsheng, an associate dean at the School of International Studies at Renmin University, suggested in a Nov. 28, 2020, speech that the Chinese Communist Party helped Hunter Biden obtain lucrative business deals as part of an influence campaign. Then he confirmed that China had been influencing U.S. policy for decades via a network of sympathizers in the U.S. government.

“The associations between members of the Joe Biden administration and Chinese Communist Party (ccp)-linked individuals and entities are incredibly disturbing,” Weingarten wrote for Newsweek. “Personnel is policy. By dint of such ties, and past dutiful service to administrations that pursued the very policies of engagement and accommodation that enabled Communist China’s rise, we can surmise that the president, and the architects of his agenda, will likely be uniquely soft on China. That the fledgling Biden presidency has, by political necessity, sought to create a veneer of toughness toward China with rhetoric—while from its earliest days, literally and figuratively bending over for it with a battery of weak policies—would seem to reinforce this view.”

The Biden administration has refused to hold China to account for spreading covid-19 around the world. It has returned America to the World Health Organization, which helped China in the covid-19 cover-up. It has rejoined the Paris climate accord, which makes U.S. manufacturing non-competitive. It has suspended an executive order barring the government from purchasing equipment for the U.S. electric grid from adversaries like China. And it has extended the New start nuclear arms reduction treaty, giving the Communist nation a chance to catch up in the nuclear arms race.

Why are American policymakers being so accommodating to a Communist dictatorship?

Analyst Lee Smith confirmed that Dr. Navarro’s “money pot” theory is correct. “American political and corporate elites didn’t choose decline,” he wrote for the Tablet. “They chose to get rich. By shipping America’s manufacturing base off to China, they seized a business opportunity the likes of which had never been seen before—an enormous captive labor force controlled by an authoritarian regime that guaranteed the steady production of goods at a fraction of what it would cost at home.”

Chinese elites are using Americans’ greed, selfishness and shortsightedness against them.

The Prophet Isaiah corrected the house of Jacob for forsaking God’s law and running after Eastern philosophies. “O house of Jacob, come ye, and let us walk in the light of the Lord. Therefore thou hast forsaken thy people the house of Jacob, because they be replenished from the east, and are soothsayers like the Philistines, and they please themselves in the children of strangers” (Isaiah 2:5-6).

Instead of trusting God to bless and defend them, America has established trade relations with Communist dictatorships and invited Communist professors to teach at our universities. The result has been the moral corruption of our youth and the theft of our industrial power. Isaiah says that this idolatry will result in a time when the “lofty looks of man shall be humbled, and the haughtiness of men shall be bowed down, and the Lord alone shall be exalted in that day” (verse 11).

To secure their peace and prosperity, Americans need to stop trusting Communist authoritarians and instead turn to God and repent of the sins that are leading to their destruction!

For information about what the Bible reveals about communism and the threat China poses to the world, please read “Wake Up to the Threat From China,” by Stephen Flurry and Joel Hilliker. This article explains prophecies from Amos, Isaiah and Daniel concerning the relationship between America and China today!