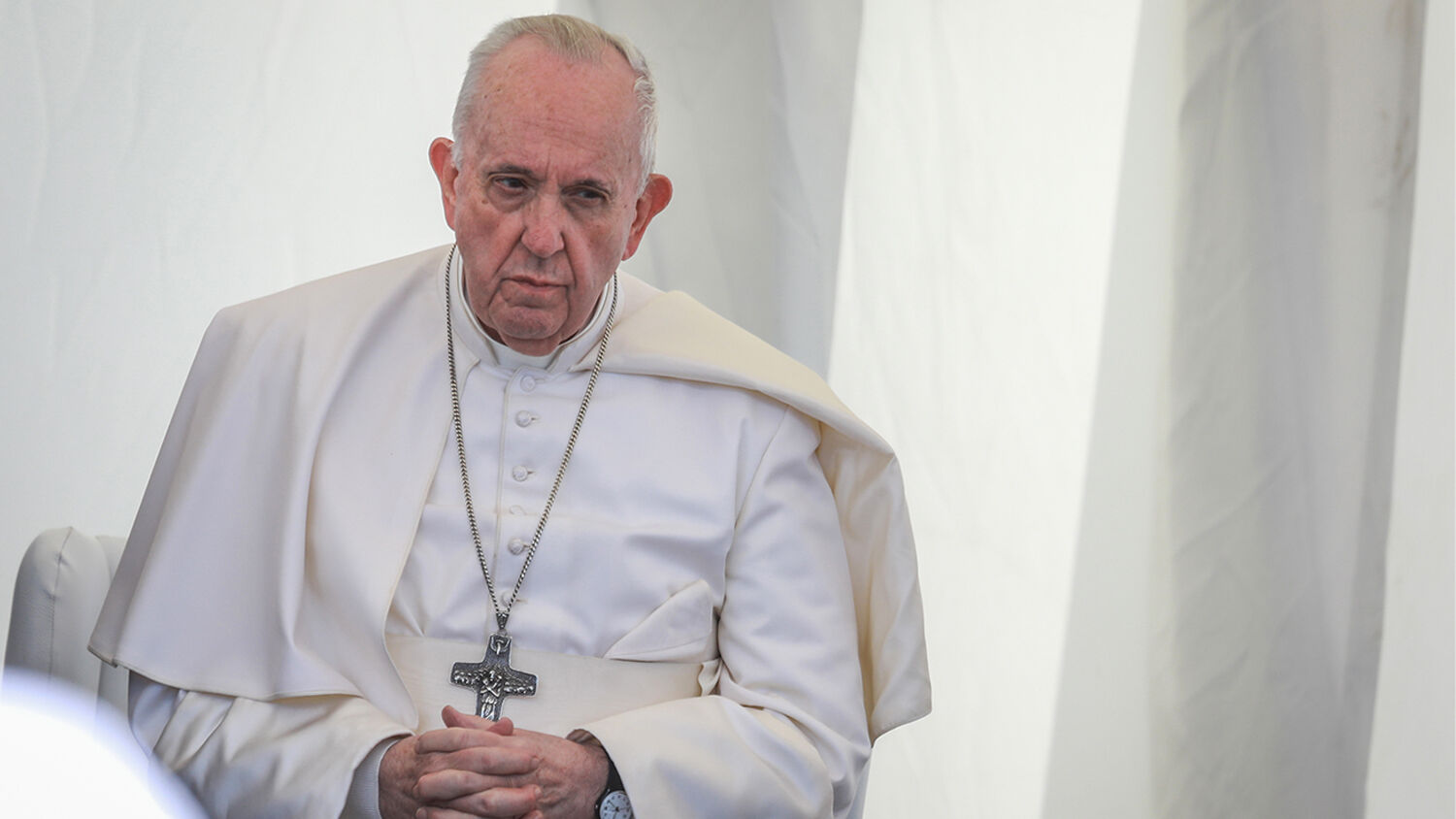 The biggest threat to Christian life in the region is yet ahead.

Despite the coronavirus crisis, Pope Francis made a historic four-day visit as the first pope ever to visit Iraq. For years, the Catholic Church has lamented the persecution of Christians in the Middle East. The Islamic State has devastated the already shrinking Christian population and destroyed church buildings and Christian communities.

The biggest threat to Christian life in the region, however, is yet ahead.

A ‘Pilgrimage of Peace’

Francis called his visit a pilgrimage of peace. Inside the Church of Immaculate Conception near Mosul, the pope noted: “How cruel it is that this country, the cradle of civilization, should have been afflicted by so barbarous a blow. With ancient places of worship destroyed and many thousands of people, Muslims, Christians, Yazidis, who were cruelly annihilated by terrorism, and others forcibly displaced or killed.”

In 2009 the New York Times wrote: “Christians used to be a vital force in the Middle East. They dominated Lebanon and filled top jobs in the Palestinian movement. In Egypt, they were wealthy beyond their number. In Iraq, they packed the universities and professions. Across the region, their orientation was a vital link to the West, a counterpoint to prevailing trends.” Those days seem long gone.

In 2003, around 1.5 million Christians lived in Iraq. Only 400,000 remain today. In comparison, 97 percent of Iraqis are Muslims, of which 60 percent are Shiites and 37 percent are Sunnis. Christians, Yazidis, Alevis and others are part of a dwindling minority.

Pope Francis expressed his appreciation for the Kurds in northern Iraq who offered refuge to Christians. “You have protected Christian communities when [the Islamic State] attacked,” he said.

At the height of the Islamic State persecution, in 2014, the Vatican called for military intervention in Iraq. In 2015, the Vatican reiterated that force may be necessary to stop the persecution of Christians and other minorities in the region. In February 2015, Germany launched its own mission in Iraq without the backing of either the United Nations or the North Atlantic Treaty Organization. The unprecedented and arguably unconstitutional mission was justified with the goal to stop the “barbarism” of the Islamic State. Between 2015 and 2018, Germany deployed almost 1,600 soldiers to Iraq and trained approximately 18,000 Kurdish Peshmerga fighters before shifting its focus to train Iraq’s military.

But while the Islamic State is becoming less and less of a threat, an even greater threat is looming: Iran is currently hard at work to take over Iraq. This would be a death sentence for the Christian communities that the Catholic Church seeks to protect. Francis’ meeting with Iraq’s leading Shiite cleric, Grand Ayatollah Ali al-Sistani in Najaf, was seen as strong sign that the pope opposes Iran’s advances.

In Iraq, Sistani is considered the leading figure of the Shia faith. Omar Mohammed, who runs the Mosul Eye blog, said that the meeting sends a political message that Iraq can have an independent Shia leadership. He added that pro-Iranian militias were “ready to do whatever” was necessary to stop the meeting between the pope and Sistani.

The pope knew exactly what message his visit would send to Iran. By showing solidarity toward many Iraqis, the pope is telling Iran that Iraq has a powerful ally in the Catholic Church.

While America is seeing less and less reason to stay in the Middle East, Europe and the Catholic Church are taking an increased interest.

Iran will not stop its efforts to take over Iraq. Rather, as Trumpet editor in chief Gerald Flurry explains in his free booklet The King of the South, Iraq is prophesied to fall into Iran’s fold—but that doesn’t remove the Catholic Church from the picture.

Germany and the Vatican have very similar objectives in this decisive battleground. Catholic Europe and the Islamic world have clashed repeatedly over the centuries. Daniel 11 reveals that Germany and Catholic Europe are preparing for the last and most violent of these clashes (verse 40).

Referring to “the time of the end”—the time we are living in now—Daniel 11 describes a confrontation between a “king of the north” and “the king of the south.” As Mr. Flurry notes in his booklet, the king of the north is referring to a German-led, Catholic Europe; radical Islam led by Iran is the king of the south. “[Daniel 11:40] describes a time when Germany’s Catholic empire will wage all-out war, throwing everything it has at radical Islam—and dominating it like a violent flood pouring in!” Mr. Flurry writes. Chapter 3 of The King of the South, “The Last Crusade,” explains in detail how this millennia-old conflict will end.

While the pope encouraged interfaith dialogue between the Muslim and Christian communities, his meeting with Sistani also revealed their shared displeasure for the nation Israel. The Crux reported:

Sistani also spoke about injustice, oppression, poverty, religious and intellectual persecution, the suppression of basic freedoms and the absence of social justice, especially wars, acts of violence, the economic blockade and the displacement of many peoples of the region who suffer, highlighting the Palestinian people “in the occupied territories.”

In Sistani’s opinion, Iran is not the only threat to peace in the Middle East. Israel, as an “occupying force,” is also a major hazard. This is an opinion that Catholic Europe wholeheartedly shares.

As Mr. Flurry also explains in his booklet, the Bible reveals that an alliance is forming in the Middle East to destroy Israel. He references a prophecy in Psalm 83 to highlight this: “Keep not thou silence, O God: hold not thy peace, and be not still, O God. For, lo, thine enemies make a tumult: and they that hate thee have lifted up the head. They have taken crafty counsel against thy people [Israel], and consulted against thy hidden ones. They have said, Come, and let us cut them off from being a nation; that the name of Israel may be no more in remembrance” (verses 1-4).

The enemies of Israel in this prophecy are an alliance between Germany and a few moderate Arab nations. You can read about the identity of these nations in our Trends article “Why the Trumpet Watches an Alliance Between Arab Nations and Europe.”

All these prophecies paint a horrifying picture of what is ahead in our imminent future. They reveal that men’s efforts for peace will utterly fail and that mankind’s rebellion against God’s law culminates in a horrifying disaster. But most of all they give hope. All these prophecies recorded in the Bible by different authors thousands of years ago show that God is in charge of world events and about to intervene in a dramatic way. To learn more about where these prophecies are leading and how they reveal incredible hope, request a free copy of The King of the South, by Gerald Flurry.