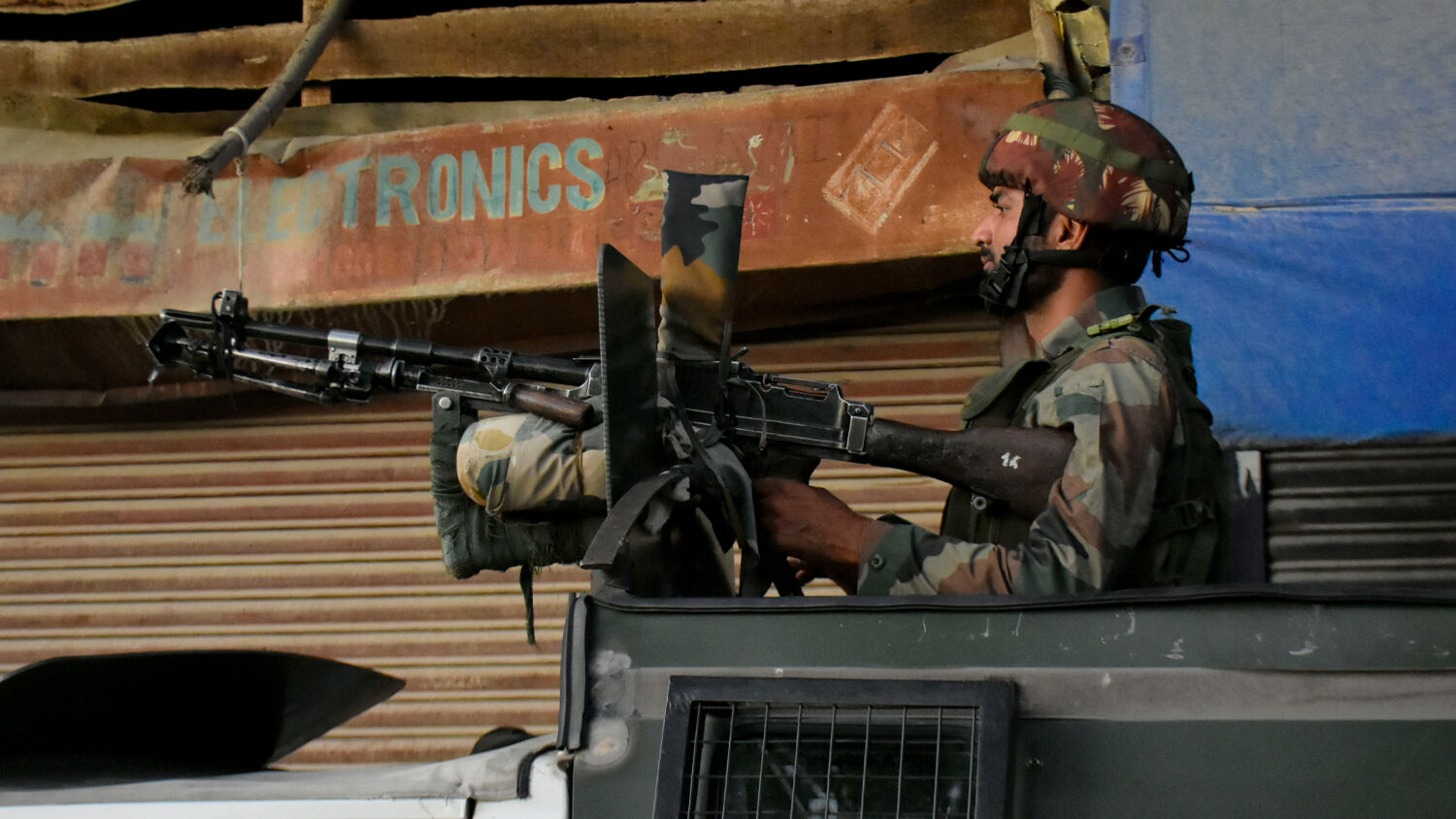 An Indian soldier stands alert during an encounter with militants on Sept. 7, 2020.
Muzamil Mattoo/NurPhoto/Getty Images

Chinese and Indian soldiers continued pulling back from their disputed border in the Himalayas this week, signaling that the worst conflict between the two sides in decades is inching toward a close.

The two nuclear-armed nations have long disputed several points of the 2,100-mile border that divides them in the Himalayas. In June, the disagreement turned deadly when hand-to-hand combat in the Galwan Valley killed 23 Indian soldiers and as many as 43 Chinese.

The gruesome conflict sent Sino-Indian tensions soaring to their highest levels since the all-out war between them in 1962. In the nine months since, both sides were amassing military power at several locations, digging in to defend frozen and inhospitable slivers of land at an altitude of 14,000 feet. Increased numbers of troops and military vehicles were sent to areas including the Galwan Valley, Gogra, Hot Springs and Pangong Tso, a glacial lake in the region of Ladakh.

After several rounds of negotiations failed, analysts feared the standoff had become intractable.

But on February 10, Senior Col. Wu Qian, a spokesperson for the Chinese Ministry of National Defense, issued a statement saying the two sides had reached a breakthrough. “Frontline troops of the Chinese and Indian armies stationed at the southern and northern banks of the Pangong Tso began simultaneous, scheduled disengagement,” he said.

The next day, Indian Defense Minister Rajnath Singh confirmed that both sides had agreed to disengage around Pangong Tso in a “phased, coordinated and verified manner.”

Satellite imagery published by Maxar Technologies on February 16 showed that the Chinese have disassembled tents and even bunkers in the area and have relocated numerous military vehicles as they empty out entire camps. The Chinese withdrew 2,000 soldiers and more than 130 tanks from the south bank, as well as 30 artillery guns. From the north bank, they withdrew 30 artillery guns and somewhere between 4,000 and 5,000 troops.

Chinese pullback in Pangong apparent in jaw-dropping clarity through brand new satellite of the pack-up. Even permanent positions dismantled in some areas. Join me live @ 5pm for more on @IndiaToday. pic.twitter.com/5fxMp7UxiN

As I reported last night, the disengagement from the north and south banks of Pangong Tso is on. These exclusive pictures shared by the Indian Army say it all: the Chinese dismantling sangars, temporary structures, tanks pulling back and troops leaving lock, stock & barrel pic.twitter.com/7wwij9XwJt

Speaking to the South China Morning Post on the condition of anonymity, an Indian military official said, “Similar action is happening from our side also.”

Now talks are underway to discuss concluding the standoff at other points along the border.

China’s state-run Global Times said Chinese experts were optimistic that the disengagement would not just ease border tensions, but lead to “peace and stability” between the two sides.

It is early days. Each side is vigilantly watching the other because the last time they agreed to disengage was actually just days before the June massacre. A deep trust deficit persists. But a cautious optimism is in the air that this time the truce will hold and usher in a new era in the China-India relationship.

This has been our persistent forecast because of what Bible prophecy teaches about the role China and India will play in the third and final world war. The book of Revelation says one of the main players in this war will be a confederacy of Asian nations called “the kings of the east,” fielding an army of 200 million troops (Revelation 16:12; 9:16).

Ezekiel 38 lays out key details about this largest military force ever to be amassed in man’s history. Verse 2 shows that it will be led by Vladimir Putin’s Russia and that China—included in the region anciently called Magog—will be secondary in leadership.

In verse 5, India enters the picture. The King James Version says “Ethiopia and Libya” will join this massive Russia-led army. These two names should be translated “Cush” and “Phut,” as some other Bible translations such as Young’s Literal Translation and the Darby Bible render them. History shows that a portion of the peoples of Cush and Phut settled in Africa, but the remainder migrated to the Indian subcontinent. From the context of Ezekiel 38:5, it is clear that these names denote not the African branches of these peoples but the modern peoples of India—and possibly also of Pakistan and Bangladesh.

Verse 6 shows that modern Japan (or Gomer) will also join the gargantuan “kings of the east” alliance.

Trumpet editor in chief Gerald Flurry writes in his booklet The Prophesied ‘Prince of Russia’ about India’s role in this biblically prophesied Asian power: “This is significant because India has a population of [1.4] billion people—plus an advanced nuclear arsenal! When you put India and Japan together with Russia and China, it is easy to see how an army of 200 million soldiers could be formed.”

India has long been close with Putin’s Russia. That part of the equation is already in place. And though its relations with China have been under considerable strain, we should not expect it to last. Ultimately, India will contribute its population and military power to the “kings of the east.” At that time, China and India will fight as allies. The disengagement of recent days may be a step toward that end.

To understand what lies ahead for China, India and Russia, and to see that there is great hope connected to developments now underway in Asia, order your free copy of Mr. Flurry’s booklet The Prophesied ‘Prince of Russia.’