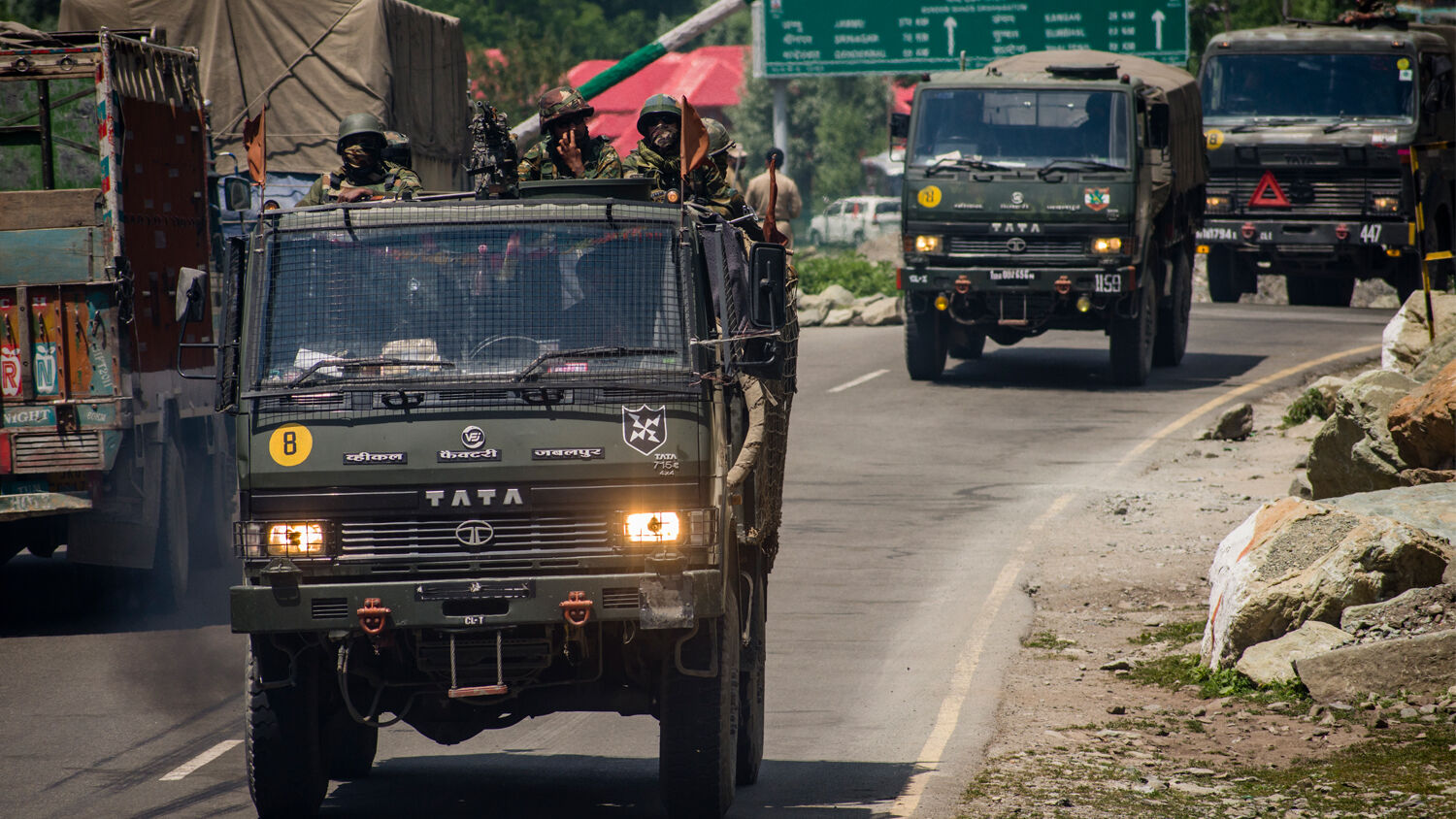 Recent bloodshed has stained Sino-Indian relations—but for how long?

Both China and India are armed with nuclear weapons. And at locations along their disputed border in the Himalayas, both sides are equipped with tanks, artillery and a variety of firearms. Yet it was not with any formal weapons that soldiers from the two sides clashed there on June 15—but with sticks and stones. And though the weapons were primitive, the violence killed at least 23 Indian soldiers and as many as 43 Chinese.

Tensions had been rising between the world’s two most populous nations since early May when Chinese forces crossed over the disputed border in Ladakh, called the Line of Actual Control (lac). The Chinese action was apparently prompted by India’s decision to build a road on its side of the lac, which China viewed as a change in the status quo. After China crossed the border, both nations began moving military vehicles, artillery and thousands of troops into the high-altitude region, and China seized some 23 square miles of territory in three separate areas that India views as its own.

Some analysts view this Chinese land grab as “salami slicing,” in line with China’s construction and militarization of islands in contested regions of the South China Sea, which strengthen Beijing’s ability to assert control over the region. Regarding Beijing’s moves near the lac, Tanvi Madan, director of the India Project at the Brookings Institution, said: “What they seem to be trying to do is the territorial version of what they have done in the South China Sea.”

Last week, the Chinese agreed to vacate part of one of the areas they had seized. But Indian media reported that in the midst of vacating, Chinese troops abruptly “trapped and encircled” a group of 120 Indian soldiers. Protocols established after the 1962 Sino-Indian border war ban both sides from opening fire around the lac. So the Chinese soldiers instead attacked the Indians with stones, clubs and rods spiked with nails or wrapped in barbed wire.

“[T]hey trapped and carried out the attacks,” an Indian Army official told ains, adding that it was “a purely savage act.”

Among the first slain was the Indian commander, Col. Bikkumalla Santosh Babu, whose death prompted broader violence—lasting 6 to 7 hours—along a steep ridge near the Galwan River.

Indian officials initially said only Babu and two infantrymen were killed, but later revised the toll up to 20 after many who had been injured and “exposed to sub-zero temperatures in the high-altitude terrain” succumbed to their wounds. Three others later died, and Outlook India reported that several surviving soldiers remain at “the point of mutilation.” Indian media and United States intelligence estimate that there were also 43 Chinese casualties, a figure that China has not confirmed but has insinuated is accurate.

The violence was the worst between the two nuclear-armed nations in 45 years, and many analysts say it means the relationship between China and India that had been warming in recent years will ice over. Harsh Pant, an academic at London’s Kings College, said, “India’s entire China policy was based on the assumption that we can continue with our broader engagement and keep the border issue in abeyance. That assumption has been altered with this.”

The New York Times agreed with Pant’s view, writing that this week’s bloodshed means “the leaders of the two nuclear-equipped countries now confront a military crisis that could spin dangerously out of control.”

Both Chinese leader Xi Jinping and Indian Prime Minister Narendra Modi are, according to the Times, “in uncharted territory.” The two fiercely nationalistic leaders “are dealing with the coronavirus” and the “economies of both countries are weakened” so the “deaths along the border only increase their anxieties, making a diplomatic resolution all the more difficult.”

It is true that the domestic crises Xi and Modi are facing make both unwilling to risk the humiliation of surrender, even in a battle over a frozen and utterly inhospitable sliver of land at 14,000 feet altitude. For this reason, rhetoric on both sides has remained combative. “The sovereignty and integrity of India is supreme, and nobody can stop us in defending that,” Modi said in a televised speech on Wednesday. “India wants peace, but if provoked India is capable of giving a befitting reply,” he said, adding that, “the sacrifice of our soldiers will not be in vain.”

The same day Chinese Foreign Minister Wang Yi said: “The Indian side must not misjudge the current situation and must not underestimate China’s firm will to safeguard territorial sovereignty.”

Meanwhile, Indians are burning photos of Xi Jinping and calling for boycotts of Chinese goods.

Tensions remain high, and in the near term, it is possible that they could escalate into more border clashes. But the Trumpet believes that a major conflict between China and India will not happen, and if isolated clashes do continue to erupt, they will be short-lived.

This is our basic forecast of the dynamic because of what Bible prophecy teaches about the role China and India will play in the third and final world war. The book of Revelation says one of the main players in this war will be a bloc of Asian countries called “the kings of the east,” fielding an army of 200 million soldiers (Revelation 16:12; 9:16).

Ezekiel 38 provides vital details about this largest military force ever to be assembled on Earth. Verse 2 shows that it will be led by Vladimir Putin’s Russia and that China—included in the area anciently called Magog—will be secondary in leadership.

The King James Version says “Ethiopia and Libya” will comprise a part of this gargantuan Russia-led army. These two names should be translated “Cush” and “Phut,” as some other Bible translations such as Young’s Literal Translation and the Darby Bible render them. History shows that a percentage of the peoples of Cush and Phut settled in Africa, but the remainder migrated to the Indian subcontinent. From the context, it is clear that these names in Ezekiel 38:5 refer not to the African branches of these peoples but to the modern peoples of India—and possibly also of Pakistan and Bangladesh.

Verse 6 shows that Japan will also be part of this massive “kings of the east” Asian bloc.

Trumpet editor in chief Gerald Flurry writes in his booklet The Prophesied ‘Prince of Russia’ about India’s role in this biblically prophesied Asian bloc: “This is significant because India has a population of 1.2 billion [now 1.4 billion] people—plus an advanced nuclear arsenal! When you put India and Japan together with Russia and China, it is easy to see how an army of 200 million soldiers could be formed.”

India has long been a close friend of Putin’s Russia. And though its relations with China are presently under considerable strain, the tensions will not last. And Russia, close with both China and India, may be the one to moderate the current dispute and bring an end to the border tensions. This would pave the way for India to contribute its population and military power to the kings of the east. At that time, China and India will fight with far more than sticks and stones—not against each other, but as allies.

To understand the details of India’s role in the end-time Asian confederacy that is already forming, order your free copy of Mr. Flurry’s booklet The Prophesied ‘Prince of Russia.’