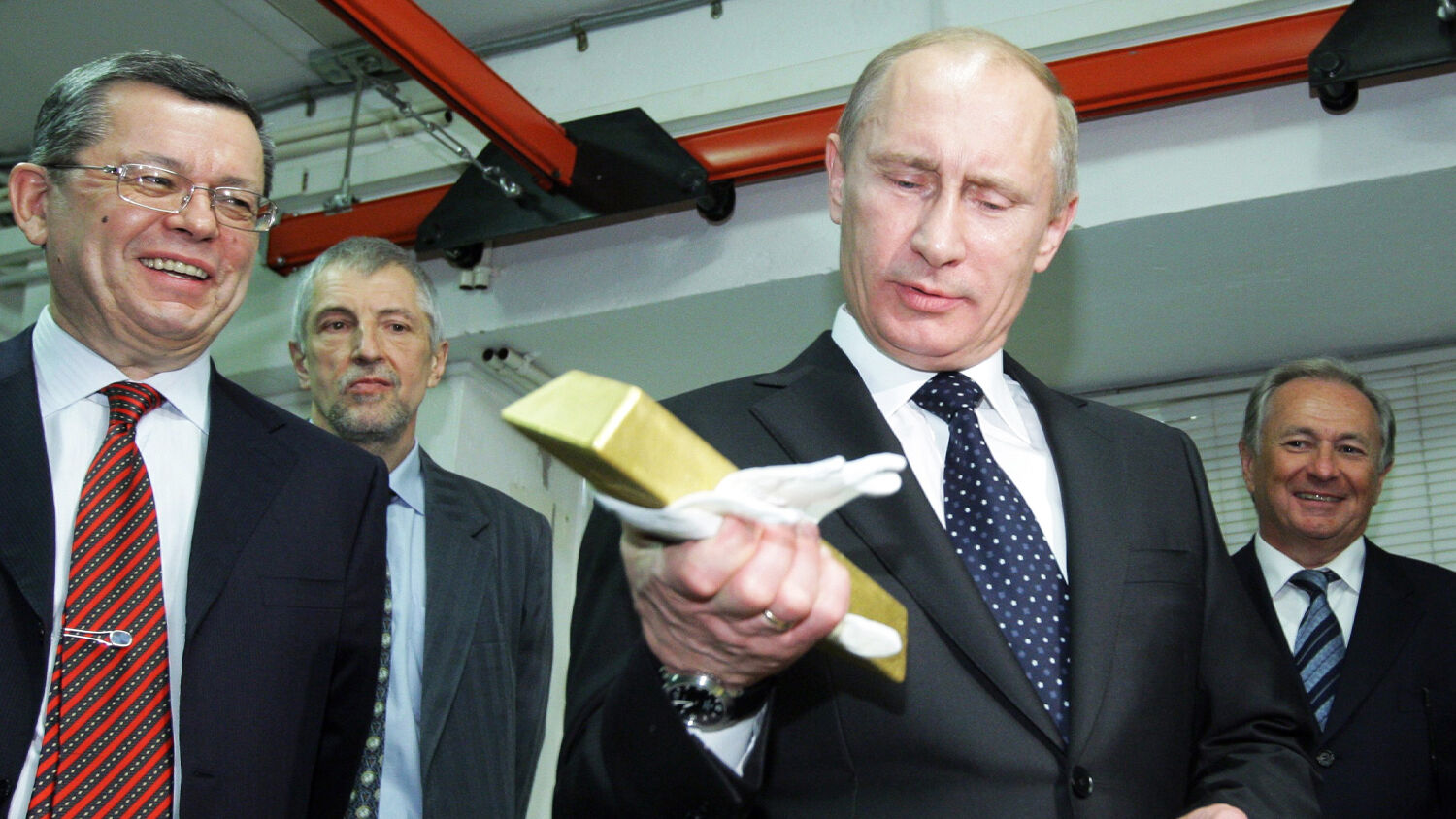 Russia is showing that a dollar-free future is closer than many think.

For the first time in history, Russia holds more gold in its reserves than United States dollars, reported Bloomberg on January 12. This is a milestone for Russia and a warning to the U.S. Russia is willing to risk moving away from the dollar. The question is, will others follow?

Over the course of many years, Russia has been decreasing its holding of dollars. To replace them, it has amassed gold and non-American currencies. The Russian Central Bank reports that only 22 percent of its international reserves are in U.S. dollars; gold accounts for 23 percent.

Russia holds $583 billion in international reserves. These are funds that can be exchanged between central banks of different countries. Therefore, they must be stable and internationally recognized currencies. Since the end of World War ii, the dollar has been the primary reserve currency.

Russia’s largest reserve currency holding is the euro, accounting for a third of all reserves. Gold is the second largest. Chinese Yuan comprises about 12 percent.

Bloomberg wrote, “The shift is part of a broader strategy outlined by [Russian] President Vladimir Putin to ‘de-dollarize’ the Russian economy and lower its vulnerability to U.S. sanctions amid deteriorating relations with Washington.”

When a nation’s central bank buys gold, its government expects the future to be unpredictable. It can also be a precursor to armed conflict. While this does not mean war is imminent, it does mean Russia is well-prepared.

Russia’s decision to distance itself from the dollar is a warning to the United States. Yet during 2020, the U.S. continued to take full advantage of its status as producer of the world’s most popular reserve currency.

To pay for its response to coronavirus, the United States printed $4 trillion. This gigantic sum of money is difficult to fathom; we broke it down in our article “The Cost of Coronavirus Is Beyond Imagination.”

In June 2020 alone, the United States printed more money than it did in the first two centuries after its founding. Its deficit for June was $864 billion, which exceeds all the debt it incurred from 1776 through 1979. This period encapsulates the Civil War, two world wars and the Great Depression.

The only force stopping the U.S. dollar from plunging in value and causing hyperinflation is its global demand. Around 60 percent of global trade is still conducted in U.S. dollars, according to International Monetary Fund data for the third quarter of 2020. Other nations are buying the currency in order to trade and hold reserves. However, Russia is challenging the idea that holding dollars is necessary. Will other nations follow it away from the dollar?

Europe already is. In a strategy paper published January 19, the European Commission set out 15 key actions it plans to take to promote the euro as the world’s exchange and reserve currency and compete against the dollar. It noted that the euro is already the second most widely used currency for global payments, and 20 percent of the world’s reserves are held in euros. This is an impressive achievement for a currency that was only launched in 1999.

One source warns that more nations will follow this same path.

The Trumpet looks at these developments through the lens of Bible prophecy. Deuteronomy 28 is a prophecy about the blessings or curses that come as a result of either obeying or breaking God’s laws. This includes those that relate to finance. Though written to ancient Israel, it is actually addressed to the modern nations of America and Britain, as well as the Jews. We prove this in our free booklet The United States and Britain in Prophecy.

Verse 44 warns that one curse for disobeying God’s laws would be economic in nature. It shows foreign nations holding a position of strength because of Israel’s reliance on them for loans. Today, America finds itself in a similar position. Without demand for dollars from foreign nations, the economy and its habit of massive money printing would collapse.

As Russia and other nations move away from the dollar, America gets closer to that collapse.

Trumpet editor in chief Gerald Flurry has written often about the danger of relying on foreign nations to prop up America’s spending. His free booklet Ezekiel—The End-Time Prophet explains Deuteronomy 28:52, saying, “The United States and Britain are going to be left out in the cold as two gigantic trade blocs, Europe and Asia, mesh together and begin calling the shots in world commerce. These nations of Israel are going to be literally besieged—economically frozen out of world trade!”

Another prophecy in Isaiah 23 describes a trade bloc called the “mart of nations,” which will work against the United States. Our article “The Great ‘Mart of Nations’” and Mr. Flurry’s free booklet on Isaiah explain that this economic power will include both Asian and European nations. Russia, China and many European nations will take part. It is clear that such a broad economic alliance would be a nightmare for Washington.

President Donald Trump presided over an economic resurgence in America. However, prophecy states that in the end, its foundations will be undermined from the outside.

Russia’s deeds are one of many warnings for America. Elsewhere in Asia and Europe, similar trends have been developing for years. The European Union continues to promote greater use of the euro around the world. America’s money printing can only continue as long as the dollar is in global demand. Current trends and Bible prophecy agree that this time is limited.

There is only one solution to this problem, and it doesn’t involve hoarding gold. To understand what these global trends mean for you, request a free copy of Ezekiel—The End-Time Prophet.