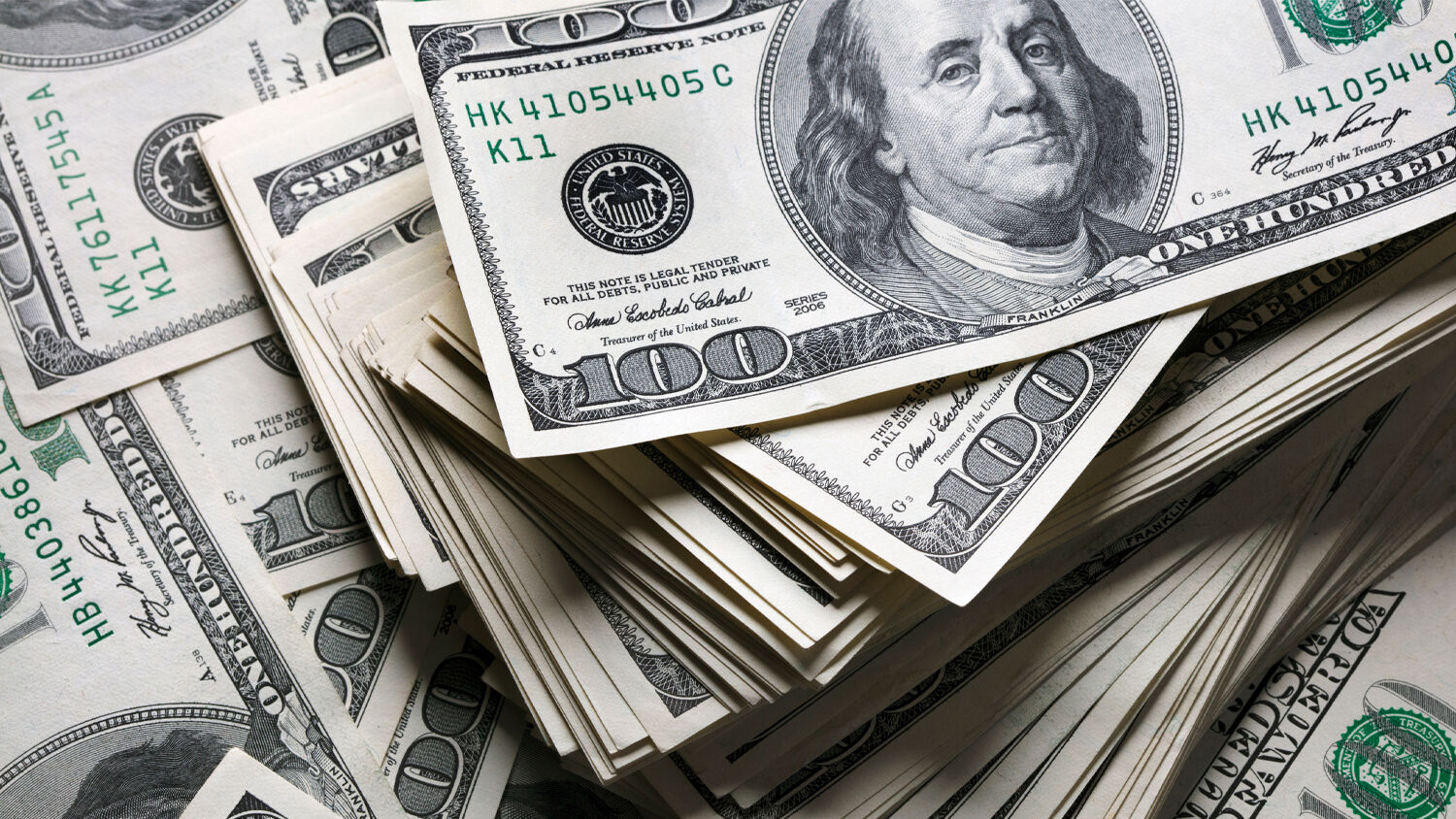 America’s expenditure on covid-19 equals the combined gdp of 135 nations.

Four trillion dollars—that’s how much the United States has spent on its coronavirus response this year, up through the end of October. Four trillion is one of those numbers that is hard to wrap your head around. Most people, including our leaders, simply cannot grasp how gigantic that sum is.

So let’s try breaking it down.

Adjusting for historical inflation, $4 trillion is equal to the cost of all U.S. wars combined with the exception of World War ii. That means Afghanistan, Iraq, Kosovo, Vietnam, Korea, World War i, the Civil War, the American Revolution, and all the others in between—combined; the U.S. has spent the equivalent in less than one year.

In 1867, the United States purchased Alaska from the Russian Empire. Some criticized the purchase as a waste of money. Adjusting the purchase price for inflation, with the equivalent spending, you could buy Alaska 30,000 times over!

What about within the time frame of one year? If we spread it out from the first confirmed U.S. coronavirus case (January 20) to the start of October (when we hit $4 trillion), that averages to roughly $15.7 billion per day. That’s two Panama Canals, every single day. That’s an American Revolution every four hours. The Louisiana Purchase every half hour. Buying Alaska every 10 minutes—for over nine months. That is sickening.

America has now spent $4 trillion, in less than a year, to fight a virus that doesn’t even rank in the top three pandemics of the past century. Can we begin to fathom the magnitude of this spending?

And this, of course, is just the money being spent. This doesn’t even take into account the sheer nationwide losses this year from shuttered businesses.

And the situation across the Atlantic is much the same. The United Kingdom is approaching $700 billion in its own attempt to deal with coronavirus. For a population one fifth the size of America’s, the figures aren’t far behind.

What is that money being spent on? Did you know that of that $4 trillion, only 16 percent went to actually fighting the virus itself? Most of it—$2.3 trillion—went to businesses that, in large part, were not required to show if they were impacted by the virus or lockdown.

Even during the 1918 Spanish flu, which killed some 50 million people worldwide, the healthy were allowed to work. No work meant no food. The choice for heads of households was the possibility of catching the flu and possibily dying—or starvation for themselves and their families.

But coronavirus is no Spanish flu. Coronavirus is a disease in which 99.9 percent of people who get it survive.

What, then, is all this spending for?

Already around the world, economic effects are beginning to bite. More people in Japan committed suicide last month than died of coronavirus in the entire year. Based on the economic fallout, Australia is predicting more suicides per year than current coronavirus deaths. Nobody knows how many suicides or drug overdoses have already taken place in the United States. And this is the result of the present economic lockdown, before the $4 trillion in artificially injected spending has begun to come due. A projected 270 million are facing starvation worldwide as a combined result of unprecedented lockdowns and diverted national spending.

Who are we saving exactly?

There is no intention of paying off that debt. Even if we did, those are physically impossible figures to manage. To pay off just the current $27.5 trillion debt would take more than a year of pouring every single cent of our $21 trillion gross domestic product into it. (And in the time you’ve taken to read to this point, we’ve added another $10 million to the national debt.)

Have you noticed that no one seems to even discuss the debt anymore? We are apparently living in a Willy Wonka world where our leaders believe they can simply spend imaginary money—printed or borrowed—with impunity. Who talks about fiscal responsibility anymore? If you are a good Democrat, if you are a good Republican, you don’t dare question the spending. Actually, you bay for more! In the words of New York Gov. Andrew Cuomo, “If everything we do saves just one life ….”

It used to be that the Republicans were the party of fiscal responsibility, the party of Scrooges keeping spending in check. That’s what we heard all the way through the Obama presidency—outrage (and justified) over the spending. But this present spending has taken place under a Republican presidency, and with a Republican Senate. If anything, it is the Republicans condemning the Democrats for stonewalling spending, and not allowing more! What has happened?

The Senate knows all about end-of-year drama, but this time the stakes could not be higher. Americans are struggling under the weight of this pandemic. Democrats need to let Congress do our job & pass more relief.

We have so much common ground. Let’s make law. Let’s get it done.

What our leaders have done this year has enslaved future generations. You know your children will not be able to pay this off. If you are an American, you currently have $12,000 of the 2020 coronavirus spending over your head. That’s what one single year of spending on one single thing has bestowed upon you, your family, your children’s children. Perhaps you don’t see it in that light. But that’s how lender nations see it. That’s how hostile powers see it. All debts come due. And 6,000 years of human history show us that if countries are unable to pay with money, there are other, more sinister means.

You can be assured that this spending will catch up with us. It always does. 2020 has seen the United States reach an unprecedented spending milestone in its history. There is no going back. These are not economic numbers that simply go away. Those are numbers that start world wars.

Our leaders have no future vision. We have the national spirit summed up in Isaiah 22:13: “Let us eat and drink, for tomorrow we die!” (nkjv). And tomorrow, we as a nation will die.

That chapter in Isaiah happens to be an end-time prophecy. And at the Trumpet, we point our readers to where we are in Bible prophecy. If you have been reading our articles, you’ll know that President Donald Trump is fulfilling the role of a prophesied end-time King Jeroboam ii. During the reign of this “king,” there is one final, temporary “resurgence” for a sinful, undeserving nation (2 Kings 14:23-27).

That is what we have seen over the past four years (what Trump calls the “Great American Comeback”)—a temporary resurgence—and it is what we expect to see in the coming years of Donald Trump’s continuing presidency. It is during his presidency that God says He will pass over the nation one last time (Amos 7:8). Indeed, it was immediately following the reign of the ancient Jeroboam that Israel became subject to a foreign power exacting a crippling tax burden (2 Kings 15)—a power that eventually razed the country to the ground, deporting and enslaving its inhabitants (2 Kings 17). This same foreign power is on the scene today—and it is gunning for our nation.

Little wonder that America’s modern resurgence is only temporary. Little wonder this is the last time God is “passing by.” Our nation has passed the point of no return—our out-of-control spending is one of the clear signs. There is no coming back as a nation from this kind of spending. We are being measured, and found wanting.