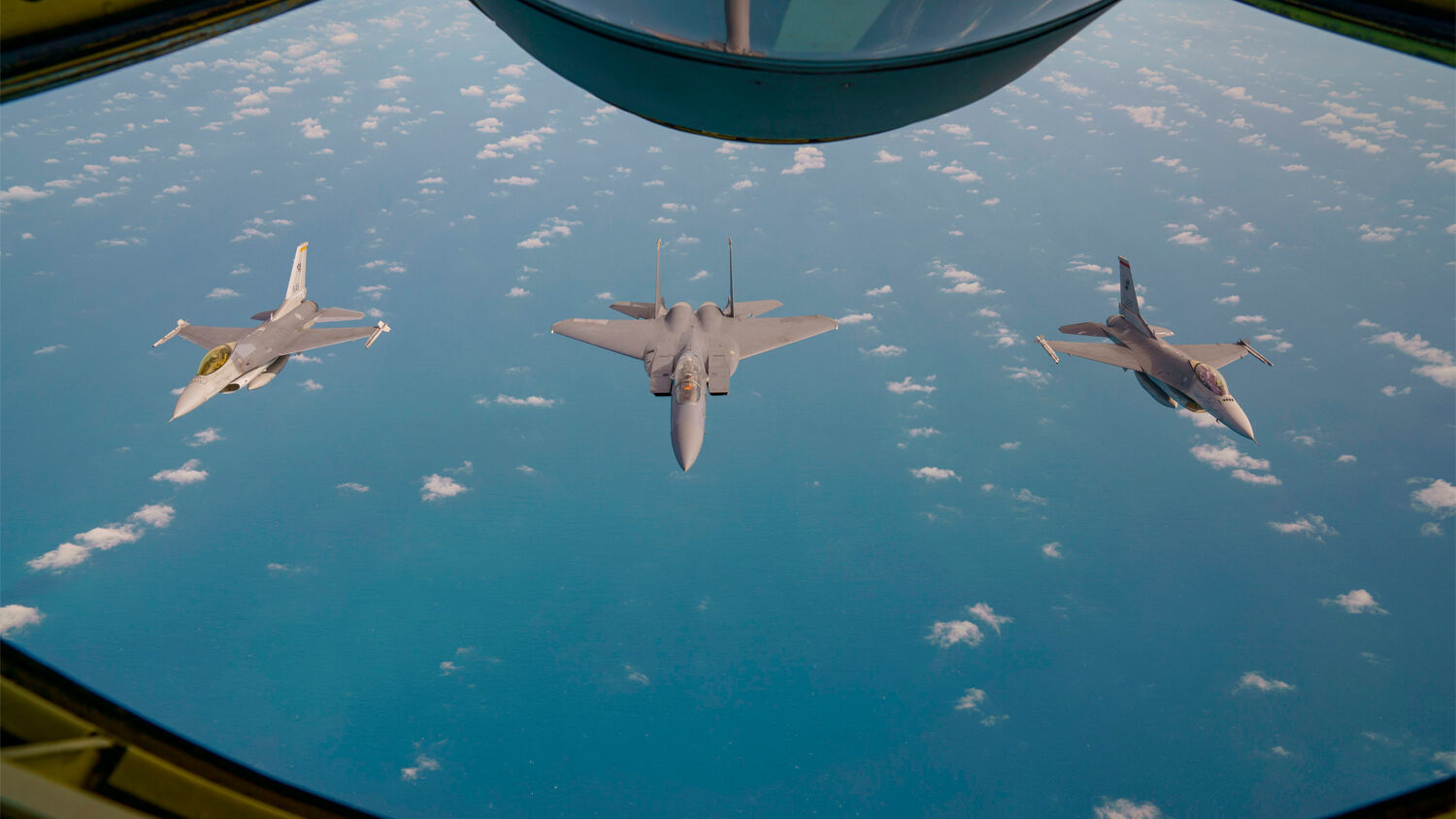 Expect China to double down on taking over this highly contested, highly valuable sea.

China concluded a marathon naval exercise in the South China Sea on January 7, in another sign of its determination to tighten its stranglehold on the region.

These drills, originally intended for early 2020, were delayed by covid-19, but not cancelled, and neither is China’s overall ambition.

For years, China has been working to gain control of the highly valuable South China Sea. Understanding China’s strategy and need for energy help reveal what China will do next.

China consumes over 13 million barrels of oil per day, second only to the United States. With China’s economy expected to grow by a colossal 8.4 percent this year, that the need for oil for its industries, infrastructure and military will correspondingly increase.

China has been working to increase its own energy production. According to the U.S. Energy Information Administration, China now produces nearly 5 million barrels of oil per day on its own. The ruling Chinese Communist Party has instructed China’s energy giants PetroChina, Sinopec and cnooc to spend a mammoth $77 billion on increasing domestic resources. But this still isn’t nearly enough to meet the country’s demand.

So, China imports vast amounts of energy, more than any other country.

In 2018, it brought in 440 million metric tons of crude oil from other nations. This astounding figure represented 70 percent of China’s total crude for the year. By 2019, China’s foreign oil dependency ratio was an estimated 72 percent. And despite increases in domestic production, energy consulting company icis China says it expects the share of imported energy to continue climbing.

China’s supply simply can’t keep up with its demand.

That is where the South China Sea comes in.

The Gateway to Maritime Commerce

The South China Sea holds an estimated 190 trillion cubic feet of natural gas and 11 billion barrels of oil in provable reserves, just along the margins of the territory. Its disputed islets and reefs are believed to contain trillions more. With just the provable energy reserves in the South China Sea alone, China could meet all its energy needs for the next six years.

China’s dependency on energy imports is a major part of the reason why it furiously held three simultaneous exercises in the South China Sea, and why it is determined to take control of this trade route.

This also explains China’s aggressive response to renewed intervention in the region by America and its allies. The most recent instance of such intervention came last month when the U.S dispatched aircraft and the uss John S. McCain destroyer to the South China Sea. Britain’s newest aircraft carrier, the hms Queen Elizabeth, is expected to join it soon. China has condemned both nations for “sending their warships thousands of kilometers from home to flex muscles.” China’s military and paramilitary routinely harass such vessels.

The U.S. had, for decades, maintained peace and control in this region. But it has gradually been exiting the South China Sea. Only 14 percent of its maritime trade passes through the region, making it far less important to the United States than it is to China.

This is a big part of the reason why we can expect China to continue feverishly conducting naval exercises in the South China Sea and deepening its military foothold there. As its energy dependence grows, expect China to continue tightening its grip over the valuable waterway, challenging other nations’ territorial claims while working to satisfy its own voracious appetite for energy.

And despite its recent moves, we can also expect the United States to continue its gradual retreat from the region.

In his 2016 article “China Is Steering the World Toward War,” Trumpet editor in chief Gerald Flurry explains as much. “Since Japan’s defeat in World War ii, America has protected this vital trade route and brought peace to this part of the world. Now the American military is retreating, and other great powers are coming in to fill the vacuum.”

Mr. Flurry goes on to explain that China is number one on the list of “other great powers” who are moving in.

And the Chinese won’t stop there. Their ambition is to control more and more of the world, which will fundamentally alter global trade structures and directly affect the United States, Britain and the world.

The Trumpet has been proclaiming this message for years. Our bold position is informed by and founded on Bible prophecy.

As Mr. Flurry explains, God delivered a sobering warning to the nation of Israel in Deuteronomy 28. If the nation obeyed God, it would be blessed abundantly (verses 1-14). But the remainder of the chapter shows that if the people disobeyed and turned to sin, God would curse them. One specific way God said He would curse them is recorded in verses 50-52: “A nation of fierce countenance … shall besiege thee in all thy gates.”

Mr. Flurry explains that the term “gates” here refers to strategic maritime chokepoints, ports and shipping lanes. And he explains that “Israel” refers mainly to the U.S. and Britain, which you can prove for yourself by requesting a free copy of Herbert W. Armstrong’s book The United States and Britain in Prophecy.

Britain and the U.S. long controlled the important gates around the world, including those of the South China Sea, and they kept the region open for decades. But because they have rejected God, this is rapidly ending. Now, as Mr. Flurry explains, control over those gates is being handed over to nations, such as China, who will end up using them against the U.S. and Britain:

By building artificial islands atop coral reefs in the Spratlys, and installing surface-to-air missile batteries in the Paracels, China is building a new strategic sea gate. After passing through the Strait of Malacca, oil tankers and other ships pass between the Spratly and Paracel Islands on the way through the South China Sea.

Whoever controls these vital sea gates controls one third of the world’s maritime commerce.

Mr. Flurry explains that this is all connected to a future time of unprecedented global conflict and suffering that the Bible calls “great tribulation” (Matthew 24:21). And he continues:

These nations are full of terrible sins today, and God is going to correct them for that! This prophecy and several others show that He will send foreign enemies to punish America and Britain! …

In the past, we believed this Tribulation would begin when these three nations were attacked militarily. Ezekiel 4, however, describes the Tribulation as beginning with an economic siege against these nations.

The Prophet Isaiah gives us some remarkable details about how this economic siege will take shape. In Isaiah 23:3, he wrote about a powerful, multinational trade conglomerate, a “mart of nations,” that would arise in this age. This dominant trade group would conduct an economic siege against the modern nations that descended from ancient Israel. One of the key players in this conglomerate is identified as “Chittim,” which refers to China.

Chittim is prophesied to be one of the key players in a powerful trade alliance that will also include Tyre (Europe), Meshech (Russia) and Tarshish (Japan) (Isaiah 23:1; Ezekiel 27:1-6, 12-14). It will ally to cause America, Britain and other nations descended from Israel to become “literally besieged—economically frozen out of world trade.”

China’s ever growing need for energy and resulting clampdown on the South China Sea is helping to set the stage for this alarming future besiegement. China’s military exercises in the region point toward larger designs. Its continued intimidation of neighbors and its aggression toward the U.S. and Britain are all leading to the fulfillment of major Bible prophecies.

We should be concerned. These prophecies will impact the entire world. Knowing and understanding what will happen is not enough. The next step is to find out what God would have us do with this knowledge, and He explains it all in the Bible. Request a free copy of Mr. Flurry’s book Ezekiel: The End-Time Prophet and study it along with your Bible. It makes plain all the prophecies about to pass and contains the crucial instruction for what God would have us do.