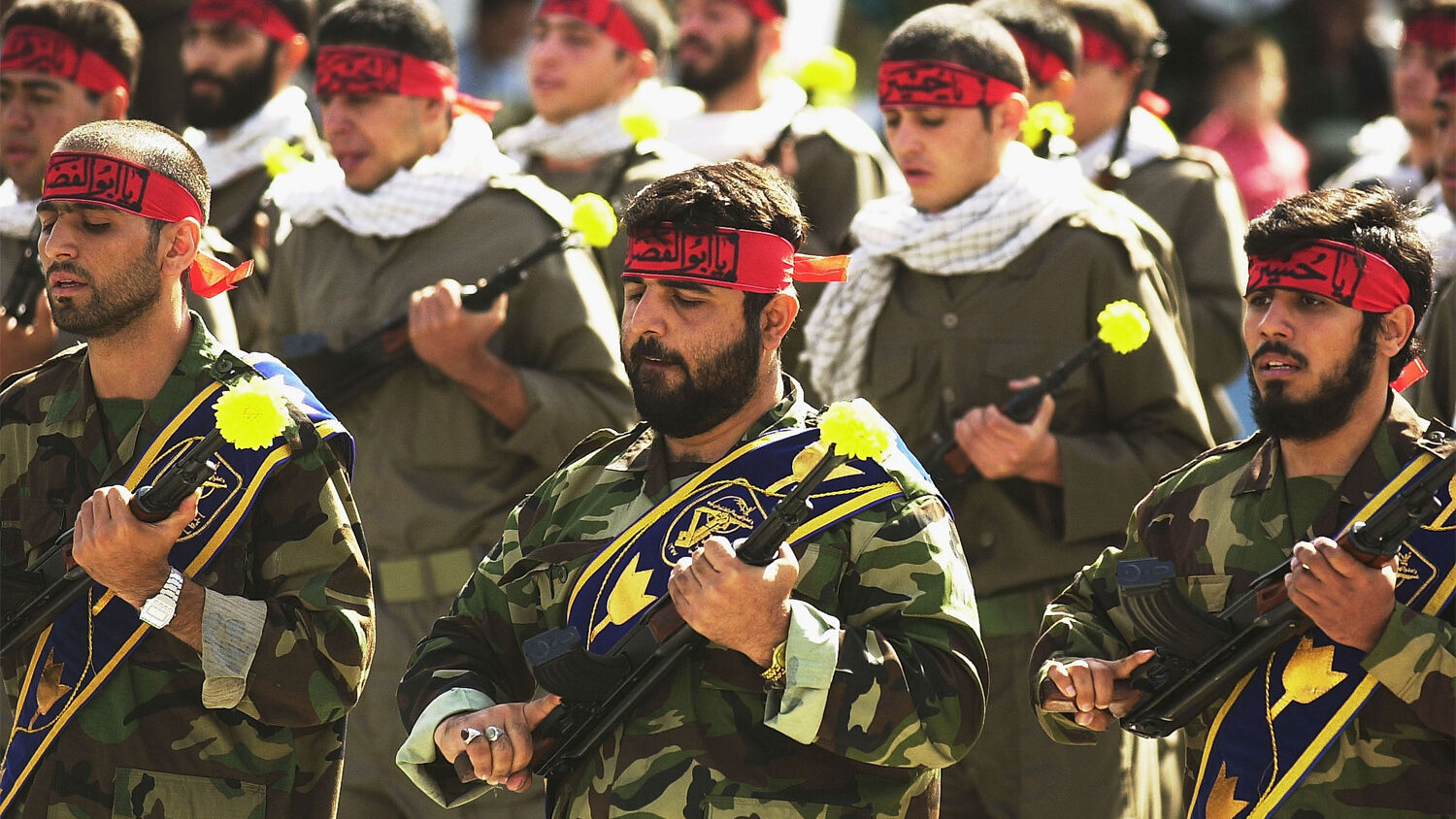 On the evening of August 7, Lebanese Prof. Habib Dawoud was driving his Renault L90 through the bustling streets of Tehran. In the car with him that night was his 27-year-old daughter, Maryam. As Dawoud approached a set of traffic lights, two men on a motorbike pulled alongside his car. The rider pulled out a silenced pistol and fired five shots through the window at Dawoud and his daughter. Both Habib and Maryam died immediately. The assailants fled into the night, leaving the bullet-riddled car idling in the road.

The killing came in tandem with a series of explosions at Iranian nuclear facilities. The murder of the Lebanese academic and his daughter soon faded from the headlines. But not before journalists had a chance to dig into the background of the victims. They found one glaring problem: Habib Dawoud didn’t exist.

In Lebanon, nobody had heard of the professor or his daughter. He had no associates. No friends. The journalists dug further, and new names emerged for the victims. The man was none other than Abu Mohammed al-Masri, al Qaeda’s second in command.

For years, Masri sat near the top of the Federal Bureau of Investigation’s most-wanted list. There was a $10 million reward for information leading to his capture. Masri was responsible for the 1998 United States Embassy bombings in Kenya and Tanzania that left 224 dead. His own death came on the anniversary of those attacks.

His slain daughter was the widow of Osama bin Laden’s son Hamza bin Laden. It seems that she also died for her role in the plots.

Iran is no stranger to assassination and spycraft. But what makes this case unusual is the cover-up. Al Qaeda sat on the news for months—only coming forward to confirm the news in December. At the time of the assassination, Iran also buried the news and continues to deny the allegations.

Aged 58, Masri was part of the old guard—the core founders of al Qaeda. He was a top-tier terrorist living and operating within Iran with impunity. Iran is the number one state sponsor of terror in the world. And the presence of a handful of al Qaeda operatives in Iran is well-known. But how deep does Iran’s relationship with al Qaeda go?

There is no doubt Iran has kept al Qaeda alive by providing a safe haven. Iran is in ideal territory to shelter and transport terrorists. It shares large borders with Iraq, Afghanistan and Pakistan. This creates a nation-size bridge across the Middle East.

And so the question becomes one of complicity. Does Iran merely provide a safe haven or more direct financial and military support? Does al Qaeda act independently or at Iran’s behest?

According to sources that spoke with the New York Times, Masri has been in Iranian custody “since 2003, but … living freely in the Pasdaran district of Tehran, an upscale suburb, since at least 2015.” He wasn’t exactly living as a prisoner, but he wasn’t free from Iranian control either.

“Iran’s connections to al-Qaeda [are] very real,” declared Secretary of State Mike Pompeo in April 2019. “They have hosted al Qaeda; they permitted al Qaeda to transit their country. There is no doubt there is a connection between the Islamic Republic of Iran and al Qaeda. Period. Full stop.” In May that year, Pompeo gave a classified briefing to Congress on the same subject.

Many in the mainstream media claim that linking al Qaeda and Iran is baseless. To them, the jihadists and Iranians cannot and will not cooperate. Many view the association between Iran and al Qaeda to be like oil and water. Iran is Shiite; al Qaeda is a Sunni jihadist group. Each considers the other religious heretics. The only tenuous thread binding the two is a shared hatred of the West.

But that preconception is being challenged. The cover-up of Masri’s murder suggests the relationship is stronger than most are willing to admit.

Iran didn’t want the world to know about Masri.

It is in Iran’s best interest to have the world believe that there is no way it could work with Sunni partners. Such a preconception protects Iran from repercussions when its sponsored terror cells carry out attacks—9/11 being the most obvious. Ever since the New York attacks, Iran has failed to bring al Qaeda terrorists to justice. That makes Tehran a supporter of the terrorists at the very least. If a strong link between Iran and al Qaeda is discovered, post-9/11 Authorization for Military Force laws might justify war with Iran.

The age-old adage says, “The enemy of my enemy is my friend.” Iran’s target is first and foremost the nation of Israel and its Western supporters like America. Perpetuating al Qaeda’s existence—even if it is not controlled by the mullahs—helps Iran.

For instance, earlier this year the U.S. signed an agreement with the Afghan Taliban. In the deal, the U.S. would commit to withdrawing all American forces from the country by next summer. In return, the Taliban would stop al Qaeda from using Afghanistan to stage attacks. This was a major victory for Iran. By perpetuating the war and keeping al Qaeda alive, Iran has worn out America. Al Qaeda is heavily involved within the Taliban ranks. They will not leave Afghanistan. And even if they did, they need only move a few hours away to neighboring Iran.

By supporting America’s enemies, Iran has been able to wage a proxy war without risking a more direct confrontation with the West. But the evidence is piling up.

Even the Benghazi, Libya, attacks have ties to al Qaeda and Iran. In 2013, Egypt arrested three militants armed with explosives and bomb-making equipment. Egyptian Interior Minister Mohammed Ibrahim told journalists that the men received orders from an al Qaeda leader called Dawoud al Asadi. According to Rewards for Justice, a website set up by the U.S. State Department, Dawoud al-Asadi is an alias for Muhsin al-Fadhli—who was the leader of al Qaeda in Iran. One of the three terrorists even received military training in Iran.

The terrorists had been attempting to contact an al Qaeda affiliate in Egypt: the Nasr City Cell. This cell has been linked to the attacks on Benghazi. You can read more about this in our article “Was Iran Behind the Benghazi Attacks?”

Other al Qaeda affiliates, such as al Shabaab, also have strong links to Iran. Many of its fighters have received advanced training from Hezbollah, an arm of Iran.

The evidence is there for all to see, yet so few do. As Trumpet editor in chief Gerald Flurry wrote in a 2006 Trumpet article, “America lacks the will to confront Iran, the head of the terrorist-sponsoring snake.” Instead, the wars in Afghanistan, Iraq, Libya and elsewhere chop at the snake’s tail. But there is no denying that Iran is at the head.

Accepting these facts is hard. Doing so means accepting that Iran’s influence is far broader than most are willing to accept. If Iran and al Qaeda are working together, how far does that extend? How much responsibility must be laid at their feet for Benghazi, for 9/11? If al Qaeda can work with Iran in these arenas, where else do they cooperate? Only time may tell.

Iran’s efforts to spread terror across the Middle East and North Africa are being exposed. Iran once hid comfortably behind proxies. Today, we are starting to see Iran for what it is. It is not a Shiite-exclusive “enabler.” Iran is an active instigator of terrorism through any means possible—Sunni or Shiite.

Much of the world is only now waking up to Iran’s involvement in the region. But the Trumpet has long forecast the rise—and ruin—of the Iranian regime. We peg Iran to become a major power in northern Africa. It will get control of Egypt, Libya and Ethiopia. Its links with al Qaeda and its affiliates are a major step in that direction. These terrorist groups may be Sunni, but they are still influenced by Iran and supported by Iran. And as Masri’s life in Tehran suggests, that support may go deeper than previously thought.

God’s inspired words found in the book of Daniel and elsewhere back up the facts about Iran. You can read in Daniel 11 about a “king of the south.” We identify that power as Iran—the leader of radical Islam. Keep watching as that role becomes more and more prominent. Iran will remain the chief patron of radical Islam until it is outmatched in what God describes as a “whirlwind” retaliation.