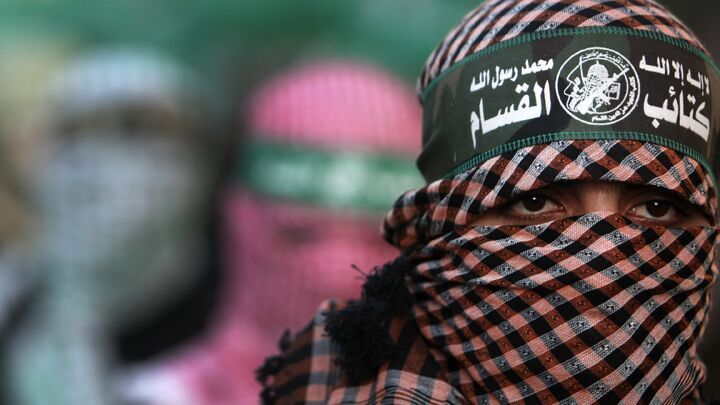 President Bush tried to get the world’s most powerful leaders to sign a document condemning Iran (and its puppet Syria) for causing the current Middle East conflict. The whole world knows that Iran is the primary sponsor of Hezbollah in Lebanon and Hamas in Gaza. But Russia, China and other nations said there was no evidence to support such a view!

There is years and years of mounting evidence that Iran sponsors these terrorist organizations and that it is the number-one nation sponsoring terrorism today.

The evidence that Iran is causing this crisis is overwhelming. To say there is no evidence supporting this view is laughable—if the fate of the world weren’t at stake!

“The situation took a sharp turn when Tehran and Damascus made the decision to enter the fray” (Stratfor, July 12). This intelligence organization and most of the other objective ones clearly see who is behind Hamas and Hezbollah.

If we are going to solve the Middle East problem, we must start by facing reality.

The people in Israel need to know who their enemies are. The only friends they have at present are their fellow terrorist fighters, America and the British peoples.

We need to understand why this is so.

You can’t negotiate with people who are trying to kill you. You either destroy them or they will eventually destroy you.

Prime Minister Chamberlain thought that his surrendering land and people to Hitler would bring “peace with honor.” It did just the opposite: The world exploded in war, Britain lost its honor, and the West came dangerously close to losing that war.

We never learn the important lessons from history. Mankind refuses to be taught. We keep making the same mistakes over and over. Even the brutal violence and wars of history teach us for only a short span of time.

We are seeing the little nation called Israel show a dangerous lack of will with the Hezbollah terrorists in Lebanon.

July 24, Israel’s public security minister, Avi Dichter, said his country does not want to destroy Hezbollah, but just to prevent its attacks. Israel’s air offensive and limited ground assault is aimed only at stopping the rocket attacks in the short term and buying Israel a bit of time.

The Jews have a broken will. America and Britain have the same prophesied disease (Leviticus 26:19). The cause is our “immoral and decadent” way of life, as the terrorists keep telling us. And in this area they are right!

So don’t be surprised if the Jews show a lack of will and fail to remove the Hezbollah terrorists. That will mean victory for the terrorists and Iran.

The terrorist-fighting nations lack the will to win the war.

Here are two statements that illustrate the difference between the radical Islamists and the Middle East Jews (emphasis mine throughout).

After the PA’s parliament approved the Hamas government on March 28, a Palestinian Authority legislator said, “The Koran is our constitution, Mohammed is our prophet, jihad is our path and dying as martyrs for the sake of Allah is our biggest wish!”

That translates into “we are too tired and weak to survive as a nation”!

Abundant evidence is stacking up to show Israel’s policy of concessions and retreat has made its enemies that much bolder and more capable. Sadly, that policy is unlikely to change. Michael Freund, formerly a deputy director in the prime minister’s office under Benjamin Netanyahu, stated plainly: “The audacity of the terrorists, and their willingness to attack Israeli forces head-on, is a direct result of the weakness that has characterized Israeli policy in recent years.”

Freund explained: “In May 2000, Israel pulled out of Lebanon like a thief in the night, and in August 2005, Israel fled Gaza in broad daylight. Preferring to buy short-term quiet at the expense of long-term strategic interests, Israel ended up paying a heavy price. These actions effectively put terrorists on notice that violence works, and that they have little to lose, and much to gain, by continuing to attack the Jewish state.

“[W]hatever happens, let one thing finally be clear: In the long run, the wages of weakness are far more costly than the price of standing firm.”

The Jews lack the will to win. The radical Arabs see this dangerous weakness and are brimming with the will to win! Like sharks that smell blood in the water, they are moving in for the kill.

On Sept. 2, 2004, the United Nations issued a resolution to disarm Hezbollah. But the UN is too weak or doesn’t want to enforce it. Instead it consistently attacks the Jewish victim! What a hopeless and evil organization.

Unleashing Hezbollah was an Iranian act of war. But Israel and America lack the will to act accordingly.

Tehran has made clear its intentions to eliminate Israel and secure Jerusalem. At some point, one can be sure that the terrorists will open a third front on Jerusalem itself.

Bible prophecy reveals that one half of Jerusalem is about to fall to the Islamists—that half already inhabited by Arabs (Zechariah 14:2-3). That could easily happen this year. The mind-dazzling solution lies in the last part of that prophecy.

Years ago, the U.S.News & World Report said the world needs “a strong hand from someplace” to save us. That strong hand is about to appear, but not before this world has suffered as never before.

Many in this world are losing hope. But there is infinite hope if we only know where to look. Bill O’Reilly of Fox News said, “I don’t see a way out” of the Middle East crisis—a hopeless scenario. He and other commentators like Newt Gingrich believe we are already in World War iii. They see Iran pushing the Middle East and the world toward a nuclear war.

They are right, but there is much more to the equation than they see. (Request our booklet Jerusalem in Prophecy. All of our literature is free.)

Here is what Newt Gingrich said on Meet the Press, July 16: “I’m saying the first step has to be to understand, this is an alliance—Syria, Iran, Hezbollah, Hamas—and you can’t deal with it in isolation.” That is precisely right. But almost none of our authorities see it that way. They see isolated problems and refuse to see this dangerous alliance. And this problem will never be solved until we deal with the alliance!

Mr. Gingrich also said, “[T]his is absolutely a question of the survival of Israel, but it’s also a question of what is really a world war. Look what you’ve been covering: North Korea firing missiles. We say there’ll be consequences, there are none. The North Koreans fire seven missiles on our Fourth of July; bombs going off in Mumbai, India; a war in Afghanistan with sanctuaries in Pakistan. As I said a minute ago, the Iran-Syria-Hamas-Hezbollah alliance. A war in Iraq funded largely from Saudi Arabia and supplied largely from Syria and Iran. The British home secretary saying that there are 20 terrorist groups with 1,200 terrorists in Britain. Seven people in Miami videotaped pledging allegiance to al Qaeda, and 18 people in Canada being picked up with twice the explosives that were used in Oklahoma City, with an explicit threat to bomb the Canadian parliament, and saying they’d like to behead the Canadian prime minister. And finally, in New York City, reports that in three different countries people were plotting to destroy the tunnels of New York.

“I mean, we are in the early stages of what I would describe as the Third World War, and frankly, our bureaucracies aren’t responding fast enough, we don’t have the right attitude about this, and this is the 58th year of the war to destroy Israel. And frankly, the Israelis have every right to insist that every single missile leave south Lebanon and that the United States ought to be helping the Lebanese government have the strength to eliminate Hezbollah as a military force, not as a political force in the parliament, but as a military force in south Lebanon.

Tim Russert then asked, “This is World War iii?”

Gingrich responded, “I believe if you take all the countries I just listed, that you’ve been covering, put them on a map, look at all the different connectivity, you’d have to say to yourself this is, in fact, World War iii.”

Now add to that bad news this alarming reality: Russia and China are very cozy with the terrorist-sponsoring nations. That means they are not friends with those nations fighting terrorism.

However, our leaders in America, Britain and the State of Israel don’t know what this means. We are entering into what the Bible calls the times of the Gentiles (Luke 21:20-24).

Christianity doesn’t know that the little nation called Israel is really biblical Judah (“Jew” is a shortened version of “Judah,” which was only one of the 12 tribes of Israel anciently). These prophecies are also aimed mainly at America and the British peoples, which are also a part of biblical Israel. (Request a copy of our book The United States and Britain in Prophecy.)

The past few hundred years have been the times of biblical Israel. Now we are plunging into the times of the Gentiles. That means the Gentiles will be the powerful, conquering nations, and people will suffer more than any time in man’s history.

The irony of the Middle East crisis is that Iran—the king of terror—is going to be conquered by a far greater power rising in Europe. We have been prophesying of this event for over 50 years. (You can read about this in our booklet Germany and the Holy Roman Empire.) That European power is going to clash with the “strong hand from someplace”—and lose.

Human warfare is about to end forever. Peace, joy and abundance is going to fill this Earth very soon—probably in less than a decade!

From The September 2006 Philadelphia Trumpet
View Issue FREE Subscription
Next