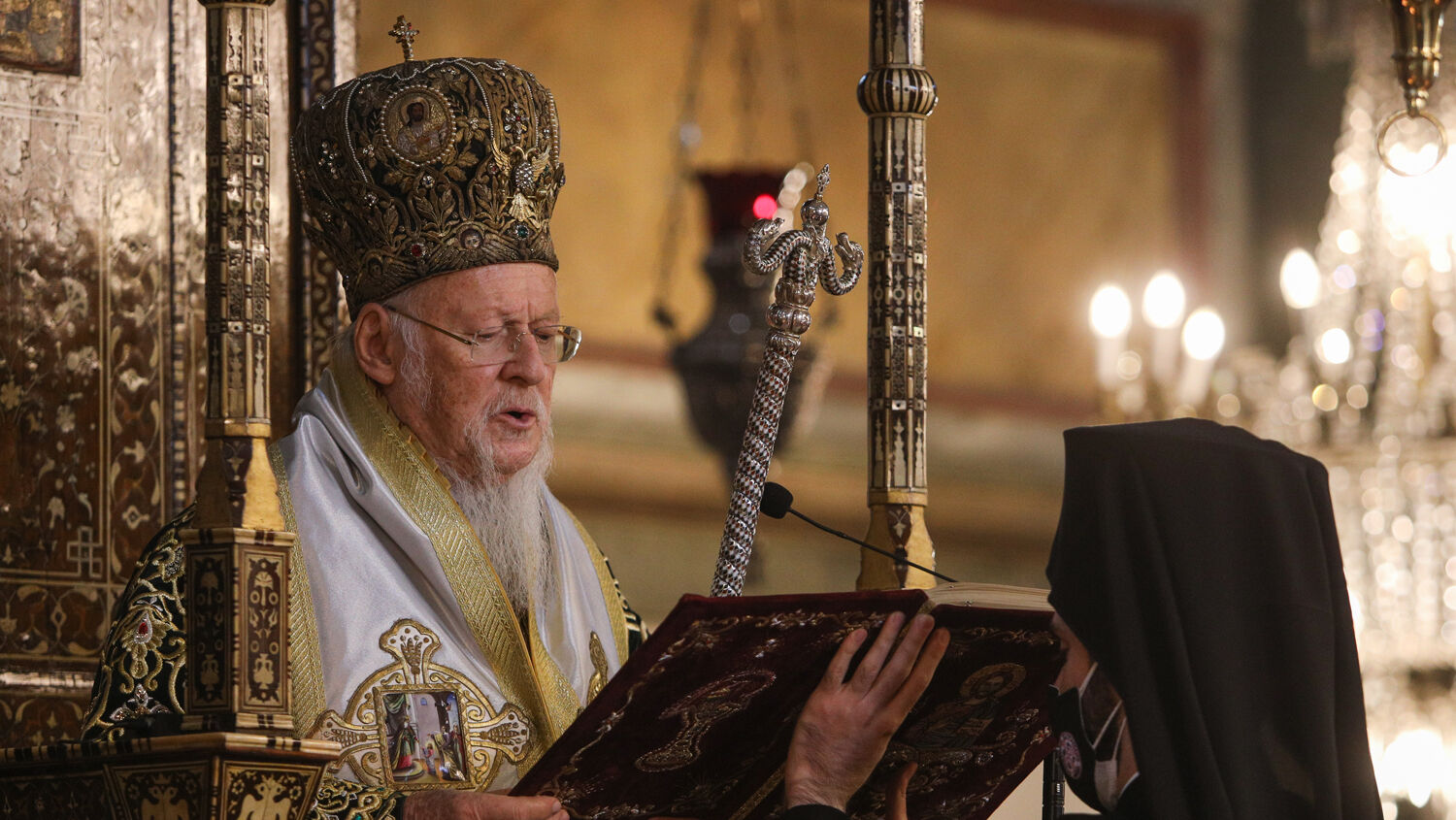 Is the millennium-old schism between Catholicism and Eastern Orthodoxy close to healing?

A papal delegation visiting the patriarch of Constantinople on November 30 in Istanbul, Turkey, publicly stated its hope that the Catholic and Orthodox churches would be reunited soon.

Cardinal Koch is the head of the pope’s organization in charge of relations with other churches. But his delegation seems interested in more than maintaining good external relations. He is calling for Rome and Constantinople to mend their division and be unified once again.

During the celebrations, the delegation gave Bartholomew a letter from Pope Francis, which stated in part (emphasis added throughout):

We can thank God that relations between the Catholic Church and the Ecumenical Patriarchate have grown much over the past century, even as we continue to yearn for the goal of the restoration of full communion expressed through participation at the same Eucharistic altar. Although obstacles remain, I am confident that by walking together in mutual love and pursuing theological dialogue, we will reach that goal.

Francis hopes for full reunion between the Catholic and Orthodox churches. And his language suggests that he suspects it will take place sooner rather than later. Bartholomew’s acceptance of the delegation and letter suggests he is of like mind.

Relations between the two institutions have been warming for many years now. Last year, speaking to the monastic community at Mt. Athos in Greece, Bartholomew reportedly stated that it is “inevitable” for Roman Catholics and Orthodox Christians to unite. Catholics “are exactly the same Christians as [Orthodox Christians] are,” he said. He also claimed the differences between the Catholic and Orthodox world are historical, not doctrinal.

In a recent interview with Vatican News, Bartholomew called Francis his “brother.” When asked about Francis’s latest encyclical, Fratelli Tutti, Bartholomew said he and his entourage “completely agree” with its contents.

Meanwhile, the Catholic Church in Spain gave Orthodox Christians in Granada permission to hold services in the Church of St. Bartholomew (no relation to the patriarch).

“Together with the challenges posed by the current pandemic, war continues to afflict many parts of the world, while new armed conflicts emerge to steal the lives of countless men and women,” Francis wrote to Bartholomew. “Conflict and violence will never cease until all people reach a deeper awareness that they have a mutual responsibility as brothers and sisters.”

Bartholomew certainly sees all the chaos filling the world today and may be desiring an ally in Francis. And the global chaos has certainly threatened the Eastern Orthodox Church.

Eastern Europe and the Middle East are Eastern Orthodoxy’s heartland. The church barely survived East European communism and struggled to keep its head above the water of instability in the Arab world. But even after the fall of communism, the church is facing an assault of new challenges.

Take, for example, the crisis in Ukraine. In 2018, Bartholomew gave the Orthodox Church in Ukraine autocephaly. Ukraine is traditionally under the jurisdiction of the Russian Orthodox Church. Russian Patriarch Kirill responded by severing ties with Constantinople. After the Greek and Alexandrian Orthodox Churches followed suit later, Kirill did the same to them. Recently, the Cypriot Church also recognized Ukraine’s independence.

Meanwhile, closer to home, Turkish President Recep Tayyip Erdoğan is causing problems. He is converting former Orthodox churches in Turkey from museums into mosques, including the famous Hagia Sophia.

Bartholomew is watching Eastern Orthodoxy disintegrate before his eyes. He may feel the need for the religion to have new life breathed into it. Some felt the same way about Catholicism not that long ago. Then Pope Francis came along.

Bartholomew might be hoping that Francis could breathe this new life into the dying churches of the East.

The Roman Catholic Church and Eastern Orthodox Church officially split in 1054. The main cause of the division was a controversy of the role of the pope. Catholics believe that the pope is the supreme head of their church. Orthodox Christians meanwhile saw the pope as the “patriarch of Rome,” sharing equal status with the patriarchs of the Eastern Church. They thought that the pope’s claim of primacy over all Christians was a power grab.

It seems like the patriarchate’s problem with the pope’s “power grab” is, like the foundations of Constantinople, ancient history.

The patriarch of Constantinople, headquartered in Istanbul, is technically the Eastern Orthodox leader. However, his official title is “first among equals” and holds little actual authority over most of Orthodoxy. His role in the different Orthodox churches can be compared to Queen Elizabeth ii’s role in the British Commonwealth: a common figurehead ruler over separate institutions. Nevertheless, his decisions carry a lot of weight. The fact that other Orthodox churches were willing to support his recognition of the Ukrainian church shows this.

The Philadelphia Trumpet and our predecessor magazine, the Plain Truth, have been watching for the reconciliation of the Roman Catholic and Eastern Orthodox churches for decades. In November 1963, Plain Truth editor in chief Herbert W. Armstrong wrote:

The final—albeit short-lived—triumph of Catholicism is recorded in literally dozens of Bible prophecies. Right now—whether we want to believe it or not—the stage is being set for the greatest revolution in religion the world has witnessed. … The mighty problem of achieving unity is twofold. First, it involves the reconciliation of the Orthodox Schism that officially commenced in 1054 and divided the churches in the East. … Second, it involves restoration to the Roman Communion all Protestantism which developed from 1517 onward.

Mr. Armstrong based his prediction on passages like Isaiah 47. Verse 1 talks about a “virgin daughter” who sits on a “throne.” The Bible often uses a woman as a symbol for a church (Ephesians 5:22-25; 2 Corinthians 11:2). Isaiah 47:5 describes this “virgin daughter” as “the lady of kingdoms.” Verse 8 notes that this woman will not “know the loss of children.” Mr. Armstrong identified this woman as the Roman Catholic Church. Who, then, would her “daughters” be, except the churches that left her authority long ago and have since grown up—churches like the Eastern Orthodox Church and the various Protestant denominations?

Historically, reconciling with the pope would have been the last thing Orthodox Christians and Protestants would want. But the Vatican will bring its rebellious daughters back one way or another.

To learn more about Mr. Armstrong’s predictions, how they are coming to pass, and what they mean for you today, please request our free booklet He Was Right. The chapter “Returning to the Fold” is especially relevant regarding the Catholic and Orthodox reconciliation.