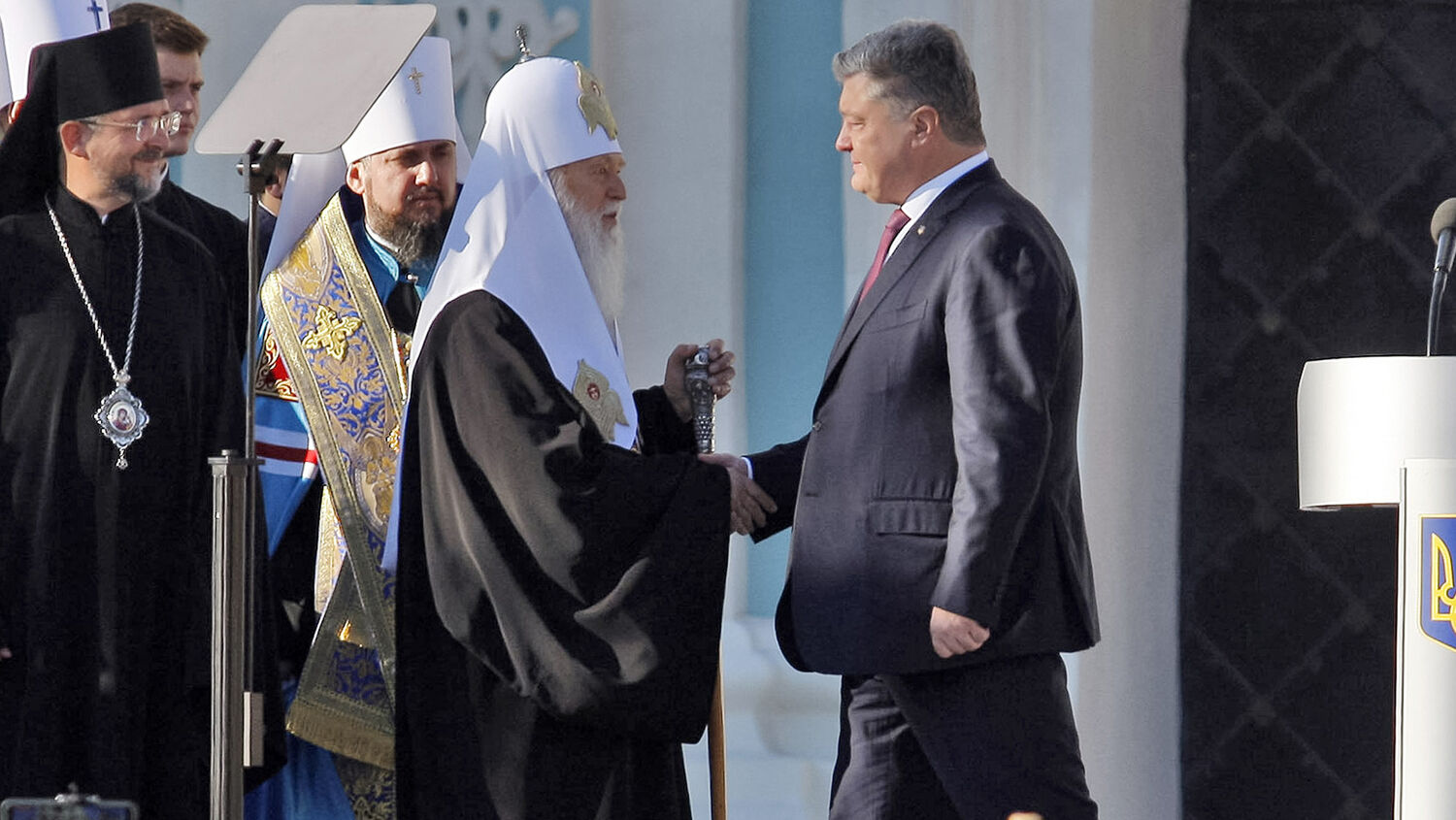 In a religious and geopolitical earthquake, the Russian Orthodox Church severed ties with the Ecumenical Patriarchate of Constantinople on October 15. This may seem to be an obscure development, but half of the world’s 300 million Eastern Orthodox Christians are members of the Russian Orthodox Church. This severing of relations could be the beginning of the biggest religious conflict in the Orthodox world since the split with Catholicism in a.d. 1054. And it will worsen the antagonism that has produced a five-year war over eastern Ukraine that has no end in sight.

As the war between Ukraine and Russian-backed insurgents entered its fifth year in April, Ukraine’s parliament petitioned Ecumenical Patriarch of Constantinople Bartholomew to recognize a new independent Ukrainian Orthodox Church. Bartholomew did so on October 11. But not everyone is happy with the decision. The Russian Orthodox Church opposed the idea, as did a large number of Ukrainians. At least 30 percent of Eastern Orthodox parishes in Ukraine say they would rather remain part of the Russian Orthodox Church. The civil war between pro-Russia and pro-Ukraine factions is now taking on a religious dimension. Pro-Ukrainian forces could soon be fighting not only for political independence from Russia but also with a stronger religious motivation. Pro-Russian forces could soon be crusading for Russian Orthodoxy.

One reason the war in Ukraine has dragged on is due to the lack of decisive intervention and pressure from the other predominantly Roman Catholic countries of Western Europe. Most Catholics in Ukraine want the nation to become independent from Russia, and so support the push for Ukrainian Orthodox independence. Yet the Vatican has remained neutral in the conflict between Russia and Ukraine. Germany has surrendered Ukraine to Russia by constructing a new natural gas pipeline under the Baltic Sea that bypasses Ukraine completely (allowing Russia to shut off natural gas supplies to Ukraine while still supplying Germany and Western Europe).

The war in Ukraine may escalate as each side starts fighting for its “national” church; it is unlikely that Ukraine will receive much aid from the German-led European Union or the Roman Catholic Church. Yet other Orthodox churches (such as the Bulgarian Orthodox Church, Greek Orthodox Church and Romanian Orthodox Church) may draw closer to Germany and the Vatican in hopes that their parishioners do not suffer the Ukrainian’s fate.

As amazing as it sounds, these developments were foretold thousands of years ago in the Bible. A passage in Isaiah 47 describes a church called “the lady of kingdoms” that has power over many nations. This church has protesting daughter churches that have split away, but Isaiah prophesies that these protesting daughters will come back under their mother’s control. This mother will rise to prominence in the end time.

A parallel prophecy in Revelation 16 and 17 shows that this mother church will dominate a European power bloc that eventually goes to war with an alliance of eastern kings. These verses indicate that the religious landscape of Eastern Europe will almost certainly be divided between a European power and an Asian alliance. Even though Germany and Russia are currently cooperating, the warring and religious infighting in Ukraine will ultimately contribute to a bitter divide.

For more information on how the Roman Catholic Church is working to unite all Christians under the pope, read “Returning to the Fold.”