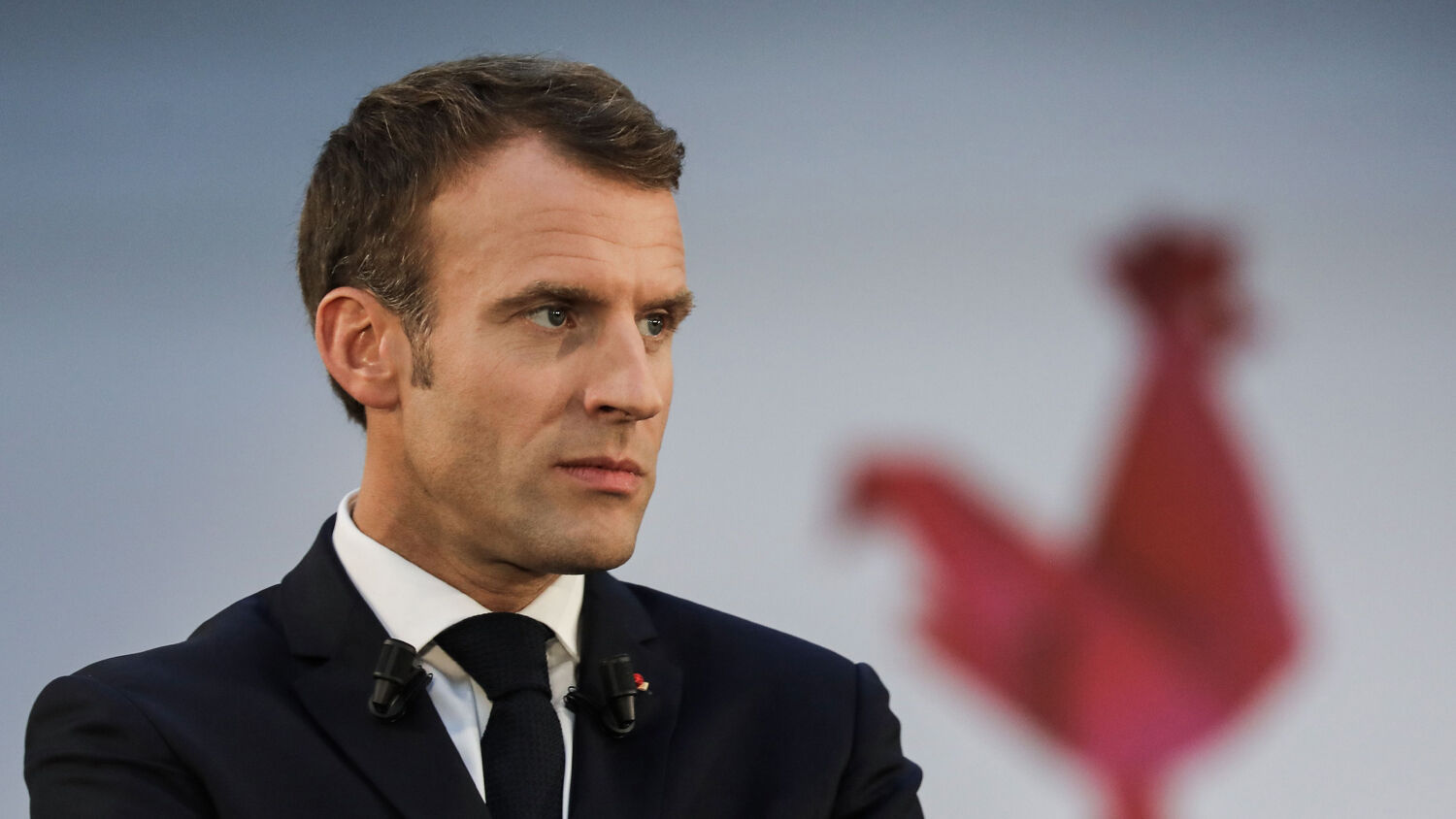 Another terror attack puts France in an ‘existential battle.’

“Islamic extremism must be crushed,” said Marine Le Pen, leader of France’s far-right National Rally party (formerly known as the National Front), while running for president in 2017. “The hate preachers must be expelled. The Islamic mosques must be closed.”

Her rivals and the media attacked her at the time. She lost the election to Emmanuel Macron, who claimed to be the opposite of Le Pen’s xenophobia.

Three years later, Mr. Macron sounds a lot like Le Pen. His change in rhetoric and action is changing the way France deals with Islam.

Mr. Macron has already given police powers of search and seizure, with limited oversight from French courts. Police can also shut down “places of worship in which are disseminated the writings, ideas or theories that provoke violence, hatred and discrimination.”

But as attacks continue, Macron is doing more.

On October 16, France suffered another terror attack. Samuel Paty, a history teacher, was beheaded in the Paris suburb of Conflans-Sante-Honorine. During a lecture on free speech, Paty had shown his class cartoons depicting Mohammed. Abdullakh Anzorov, an 18-year-old Chechnyan refugee, responded by beheading Paty in broad daylight.

The police arrived within minutes of the attack and shot Anzorov dead. Witnesses reported hearing him shouting, “Allahu akbar!” (“Allah is the greatest”).

Even before this attack, the rise of radical Islam had prompted President Macron to be bolder with his rhetoric and action.

Mr. Macron gave a landmark speech at the Paris suburb of Les Mureaux on October 2, proposing new laws to deal with Islamism. Mosques would be banned from importing imams from abroad. Homeschooling would be outlawed for French youth, with an exception for children with valid medical excuses. He pledged to ban the burkini, the nickname for a modest female swimsuit used by many Muslims. And he wanted more government oversight over Arabic-language classes and private schools in general.

President Macron said he wanted to use these measures to make French Islam “compatible with the values of the republic.”

Foreign states have a lot of influence in French mosques. Algeria, for example, sponsors the Grand Mosque of Paris, while Turkey—under its increasingly Islamist strongman, Recep Tayyip Erdoğan—actively sponsors Muslim organizations in France. Just last month, police in Vienna reported a plot orchestrated by Erdoğan to assassinate an Austrian politician of Kurdish descent.

Already one mosque in the Paris region of Pantin has been ordered to close for six months.

Macron’s language was more surprising. He warned (Trumpet translation throughout):

Islam is a religion living through a crisis today, everywhere in the world. We don’t realize that in our country; it’s a profound crisis linked to tensions between fundamentalisms, projects fittingly religious and political, which, as we are seeing in all regions of the world, lead to a very strong intensification, including in the countries where Islam is the majority religion.

Saying Islam is in “crisis” is not politically correct. President Macron received a lot of backlash from the French Muslim community for saying it. But what can be inferred is that Macron sees Islam as a whole going down a path that is dangerous for France and cannot be ignored.

He also talked about “building an Islam in France which can be an Islam of the Enlightenment.” France, he says, must take the religion and mold it into something more French.

During a speech in the aftermath of the latest beheading, Macron stated, “It was no coincidence that the terrorist killed a teacher because he wanted to kill the republic and its values. … The battle is ours and is existential.”

Macron isn’t the only French politician giving a call to arms. His interior minister, Gérald Darmanin, has been even more aggressive against Islam—and not just the radical form. Darmanin is arresting suspected radicals en masse and promises to deport them. He is also dissolving 51 Muslim organizations, apparently with little more than the stroke of a pen, some at the personal request of the president. Darmanin called one organization, the Collective Against Islamophobia in France, an “enemy of the republic.”

It’s clear that beheadings on the streets of Paris are changing France’s attitude toward Islam. Where is this leading?

Macron said that Islam’s “crisis,” included “the countries where Islam is the majority religion.” He warned that Muslim-majority countries with Sharia law contribute to global terrorism.

France is boosting its military and diplomatic presence in the Islamic world. French troops played a big role in the coalition that defeated the Islamic State in Iraq and Syria. French peacekeepers maintain a heavy presence in the West African nation of Mali. He pressured the Lebanese government to accept Paris-dictated reforms in exchange for an aid package in the aftermath of the August 4 Beirut blast. His popularity in Lebanon skyrocketed. Many Lebanese wished their country to return to French colonial rule. He also stood up to Turkey, sending warships to the eastern Mediterranean to counter Turkey’s intrusion into European Union-claimed waters in the search for fossil fuel deposits.

But soon France’s military presence in the Middle East will increase even more dramatically.

As Trumpet editor in chief Gerald Flurry writes in The King of the South, the Bible’s description of this pushy king of the south matches closely with radical Islam, led by Iran.

Iran has a network of political, military and terrorist organizations that it sponsors and directs around the world. Its blatant pushes against other governments in the form of terrorist attacks and other Islamist activities are practically declarations of war. And the world—including France under Macron—is getting fed up with Islamic provocations.

The king of the north, or a European superpower to arise in our day, will confront this Islamist king of south. The Bible also forecasts that in this clash Europe will become a lot more religious.

That means some important changes for France. A 1905 secularism law outlaws the involvement of religion in politics and limits how involved the French state can be in religion. The law is one of the reasons France depends on foreign imams in French mosques. The state is legally barred from getting involved in the administration of religions like Islam. But Macron’s proposed law would override this principle.

France has allowed radical Islam to grow within its borders by refusing to confront it. It is starting to address that problem. But aspects of the new law go further—pointing already to a new authoritarian direction for the country.

Take the homeschooling ban. This applies universally to France’s estimated 50,000 homeschooled children, who could be anything from Muslim to Catholic to atheist. Homeschooling is the only way a parent has to opt-out of any governmental propaganda being instituted in schools—which is why Adolf Hitler banned it. This is a major change to the French educational system, and the Islamist crisis is allowing it to be pushed through with very little debate.

France prides itself on being a secular nation. But tensions with the French Muslim community are causing many to reexamine what it means to be French. The responses to the 2019 fire at Notre Dame Cathedral were a good demonstration of this. President Macron lamented the burning of what he called “the epicenter of our lives.” A bbc reporter covering the events at the time stated, “No other site represents France quite like Notre Dame.”

Despite republicans’ best efforts, Catholicism remains at the heart of French culture. Avignon, a city in southern France, used to be the headquarters of the papacy in the Middle Ages. One of the major annual pilgrimages for Catholics is to travel to Paris to see the alleged crown of thorns displayed in Notre Dame Cathedral for Easter. Napoleon was crowned “emperor of the French” in the presence of the pope. The flag of the Free French army in World War ii featured the Cross of Lorraine, a historic symbol of France.

The Bible also predicts that France—with the rest of Europe—will return to its Catholic roots and stamp out religious dissenters.

The book of Revelation gives some details as to how the king of the north will behave, though it doesn’t describe this empire under that name. Chapter 13 describes a “beast,” a world superpower forming right now in Europe. Verse 7 says that “it was given unto him to make war with the saints [followers of the true God who dissent with the beast’s religion], and to overcome them: and power was given him over all kindreds, and tongues, and nations.”

The same chapter from verse 11 onward describes another beast, a “false prophet” (as termed in Revelation 19:20) that has “two horns like a lamb” but speaks “as a dragon.” This beast directs public worship and has the authority to cause nonbelievers to be executed (Revelation 13:14-15) and imposes a “mark” on “all, both small and great, rich and poor, free and bond” (verse 16). This mark is an identifying sign, a sign enforced by a religious power, that excludes nonconformists from participating in society (verses 16-18).

And this “mark of the beast” has everything to do with what is going on in France right now.

France is already setting the stage for a public religion that outlaws some modes of worship.

The direction that France and Europe as a whole are going right now will change the course of world events in a dramatic way. It will directly impact the life of every person on the planet in the near future. For more understanding on this subject and how you can be prepared for what is coming, request our free booklet Who or What Is the Prophetic Beast? by Herbert W. Armstrong.