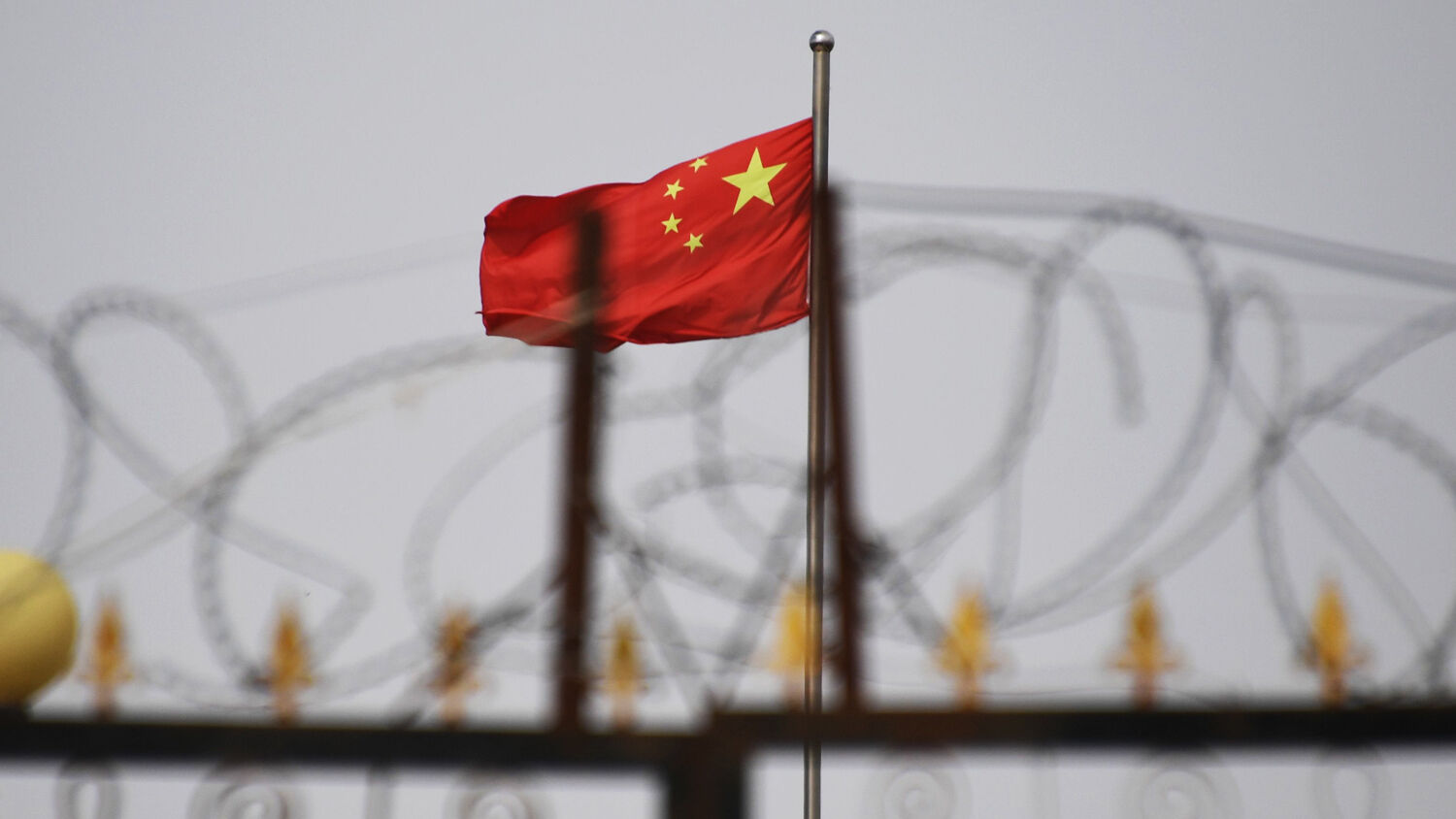 ‘Political power grows out of the barrel of a gun.’

China has built 380 Muslim detention centers in the Xinjiang region since 2017, with 14 still under construction, according to new satellite imaging obtained by the Australian Strategic Policy Institute. International pressure led to China declaring that its “reeducation program” of Uyghur Muslims in the region was winding down as most people had “returned to society.” In reality, China is expanding its detention program.

One of the newest complexes was erected in Kashgar, western China. Built to hold at least 10,000 detainees, the massive compound with a brutalist entrance gate, 45-foot-high walls and 13 residential buildings has no identifying sign. Instead, its walls simply have an inscription quoting the founder of the Communist Party, Mao Zedong, responsible for the deaths of tens of millions of Chinese: “Stay true to our founding mission and aspirations.”

Kashgar is considered the capital of Uyghur culture. The fact that the Chinese Communist Party has based its campaign of cultural genocide in Kashgar is an indicator of its unrepentant intentions.

United States Secretary of State Mike Pompeo called China’s repression of the Uyghurs the “stain of the century.” According to the Senate Foreign Relations Committee, as of 2018, China has up to 2 million Uyghur Muslims in detention camps and “reeducation centers” in the largest mass internment of an ethnic-religious minority group since the Jews in World War ii.

But the Chinese government has labeled it the “People’s War on Terrorism” following the 2009 deadly protests and riots against Chinese repression toward Uyghurs and other Muslim minorities in the region.

And so, the Muslim minorities are being forced to undergo political indoctrination—what some have called systematic brainwashing—and proclaim support for the Chinese government. And as China’s Han ethnic majority is being encouraged to have more children, Uyghur women are being forcibly sterilized and subjected to abortions by the hundreds of thousands. One of the main reasons why Uyghurs are sent to the detention centers is because of having three or more children.

And so, since 2015, birth rates in Uyghur areas have dropped by more than 60 percent. Last year alone, they fell by 24 percent, compared to a 4 percent drop nationwide.

This mass sterilization meets the United Nations’ definition of genocide. Secretary Pompeo is reportedly weighing officially labeling China’s actions as genocidal. Despite these labels and condemnatory statements, China is not only continuing with the detention program, but also expanding it.

No End in Sight

China is now constructing 14 other detention centers, in addition to the 380 it constructed over the past three years, to “reeducate” the Uyghurs and other minority groups. The compounds are often next to the so-called vocational training schools where detainees are force-fed Communist Party propaganda and “deradicalized.”

The new Kashgar compound is 1 of 60 built over the last year alone. These detention centers do not have any kind of rehabilitative features, said Australian Strategic Policy Institute researcher Nathan Ruser. “They seem to rather just be prisons by another name,” he said.

China’s statements minimizing the “war on terror” seem to be false. In fact, China is increasing the scope of its human rights abuses. Eminent among them has been the forced labor Uyghurs have been subjected to.

“Make people who are hard to employ renounce their selfish ideas” was the government directive behind molding China’s minority groups into an army of workers after leaving the reeducation centers. The main goal is to change the minorities from their “ingrained lazy, lax, slow, sloppy, freewheeling, individualistic ways so they obey company rules.”

It would be easy to think that the Chinese government harbors some unique animus toward the Uyghurs. To be sure, the Communist Party elevates the Han ethnic group above all others. The Uyghurs are looked upon as inferior and treated accordingly.

But Xinjiang also sits on China’s “special economic zone” as China’s largest producer of natural gas due to its rich supplies of oil and minerals. It is therefore central to the Belt and Road Initiative, China’s regional and international cooperative effort to create a global trade partnership between Asia, Europe and Africa. It is also the home of China’s highly advanced direct energy weapons facility.

Additionally, beyond the Uyghurs, there are already half a million Tibetans that China has forced into labor camps in the first seven months of this year alone. These also include enforced indoctrination, surveillance and punishments for insubordination.

The world has been up in arms over China’s human rights abuses in Xinjiang. It has been condemned and demonstrated against, and many leaders have made statements denouncing and castigating it. And yet, not only is China continuing on the same path, it is actually stepping up its efforts.

As Mao Zedong said, “Political power grows out of the barrel of a gun.” In his article “China: The Dictator’s Fantasy,” Trumpet contributor Jeremiah Jacques wrote:

Over and over again, when a human government is given great amounts of unchecked power, genocide, politicide, democide, repression and egregious human rights violations are inevitable. … Bible prophecy reveals that Xinjiang is just the beginning—such authoritarian governments and policies will soon dominate the world.

Thirty-seven countries, including Russia, Laos, North Korea and the Philippines, have actually defended China’s “war on terrorism.” Authoritarian regimes are backing and supporting one another and, to one degree or another, working to grow their power and control over peoples just as China is doing.

Times of the Gentiles

During His earthly ministry, Jesus Christ prophesied of this time today as “the times of the Gentiles” (Luke 21:24). In The United States and Britain in Prophecy, Herbert W. Armstrong proved that Bible prophecy regarding Israel refers mainly to the nations of Great Britain and the United States of America. Trumpet editor in chief Gerald Flurry has explained that the non-Israelite nations are what Christ referred to as Gentiles.

In his article “The Climax of Man’s Rule Over Man,” Mr. Flurry wrote:

Once you understand who Israel is, then you can see how the Gentiles—the non-Israelite peoples—have started to take charge of the world already. … The big reason these powers are rising today traces back to the power vacuum created by America’s weakness—and the disappearance of America’s will.

Gentiles have contempt for the weak. … Recognizing this weakness, China has been asserting its power in the South China Sea and tightening its control over the people of Hong Kong and Xinjiang. Throughout history, China has often taken on an expansionist policy to conquer, destroy, subdue and enslave people. In recent years, the United States has acted like China has changed, but that same policy is materializing again, stronger than ever.

It is all about power, and Xinjiang is only the beginning.

We already see the support China and its form of government has around the world. As the times of the Gentiles are fulfilled, this will only be exacerbated. These times will not only affect Xinjiang and Tibet, but the whole world. As prophecy continues to be fulfilled, the fruits of this form of government will be evident for all the world to see.

To fully understand what these times portend for all of mankind, please read “The Climax of Man’s Rule Over Man.”