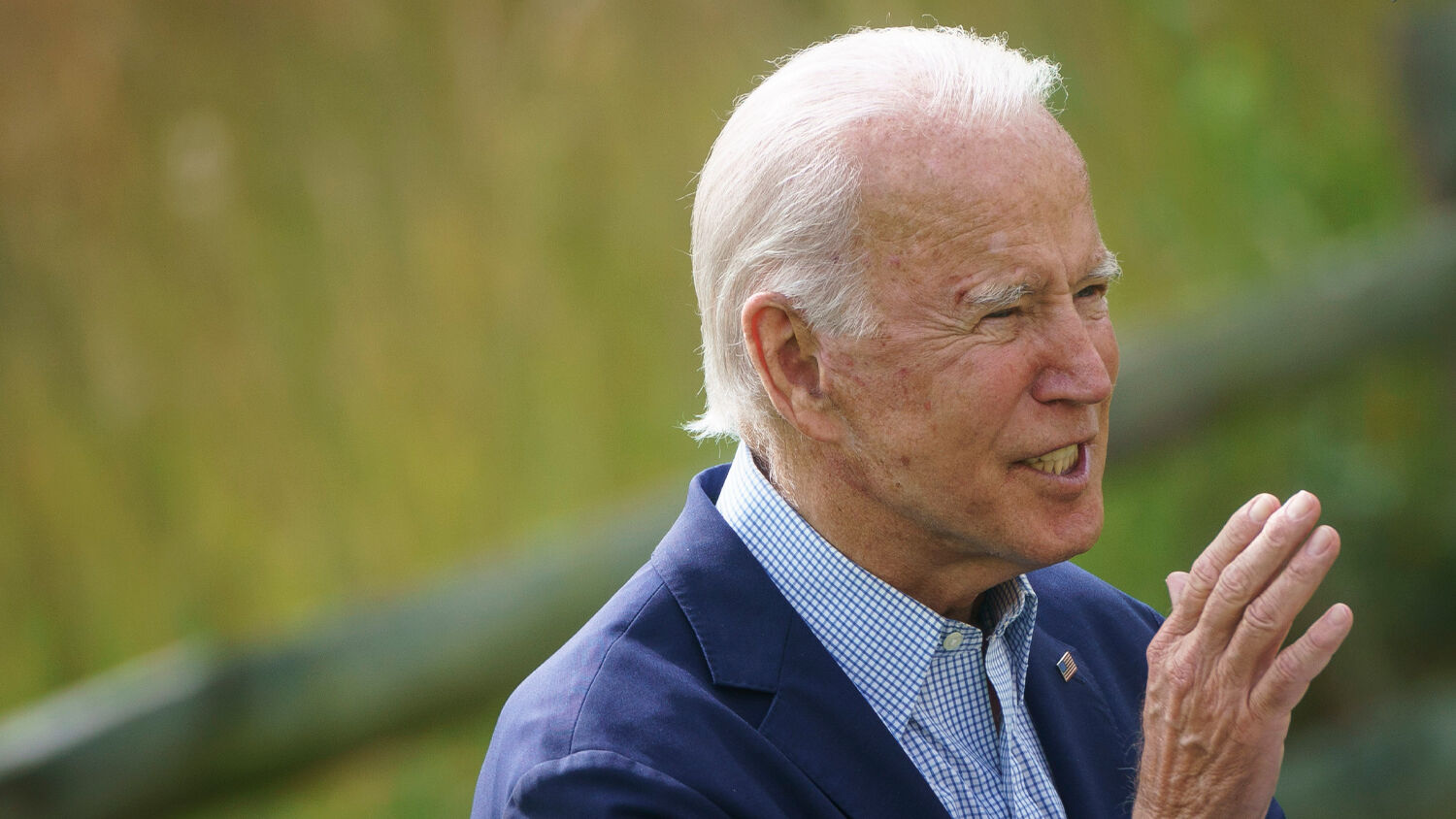 Democratic presidential nominee Joe Biden speaks about climate change and the wildfires on the West Coast at the Delaware Museum of Natural History on September 14.
Drew Angerer/Getty Images

United States Democratic presidential nominee Joe Biden blamed President Donald Trump for the weather disasters devastating the U.S., calling him a “climate arsonist” on September 14. Deadly fires are ravaging the West Coast as hurricanes and floods inundate the South. This year’s hurricane season is expected to be one of the worst on record.

Now another hurricane has made landfall in the South. Hurricane Sally reached Alabama Wednesday morning. The Category 2 hurricane is expected to bring up to 30 inches of rain in parts of Alabama and Florida, leading to historic flooding. Over 300,000 people are without power already.

The fires burning through the West Coast have killed at least 27 people. Roughly 4.5 million acres of land have been burned and hundreds of thousands have been evacuated from their homes. Biden says these disasters will get worse if President Trump is reelected.

“Donald Trump’s climate denial may not have caused these fires and record floods and record hurricanes,” Biden said, “but if he gets a second term, these hellish events will continue to become more common, more devastating and more deadly” (emphasis added throughout).

President Trump has pointed to poor forest management of California as a major factor in these fires. He has urged for better forest management through clearing woodland floors of leaves and broken branches, which act as kindling for the fires raging across the West Coast. But many scorned his blaming California rather than climate change.

Many have come to believe that to vote for Joe Biden is, as his wife tweeted, to “vote for science” and for the real solution to these issues.

California Governor Gavin Newsom said climate change clearly was a factor and that “science is key.” He added: “If we think it’s all vegetation management, we won’t succeed in protecting California.”

He went on to say, “Something’s happening to the plumbing of the world, and we come from a perspective, humbly, where we submit: The science is in and observed evidence is self-evident that climate change is real and that is exacerbating this.”

This is because, as Trumpet editor in chief Gerald Flurry pointed out in the August 2017 issue, “Climate change has become something like a religion for the radical left. They believe it as an article of faith regardless of the evidence.” Hence, Governor Newsom spoke of humbly submitting to science.

Nobody talks about humbly submitting to God. Yet the Bible explains that God controls the weather, and can use it to bless or curse. God has power over the rain, He can “dry up all the rivers,” and He has control over storms (Nahum 1:3; Job 38:28; Amos 4:7). How God exercises this power depends on mankind’s obedience or disobedience to His laws.

Cutting carbon emissions is not the solution to climatic disasters. Turning to God in humble, repentant prayer is (2 Chronicles 7:14). Politicians, looking to win elections and seize power, promote the religion of climate change and push God from the picture. But God has a great deal to say about these climatic disasters. They are not “natural,” and they are going to get a lot worse. God is trying to get our attention.

To learn specifically what message God is sending through these weather disasters, read Why ‘Natural’ Disasters? along with your Bible.