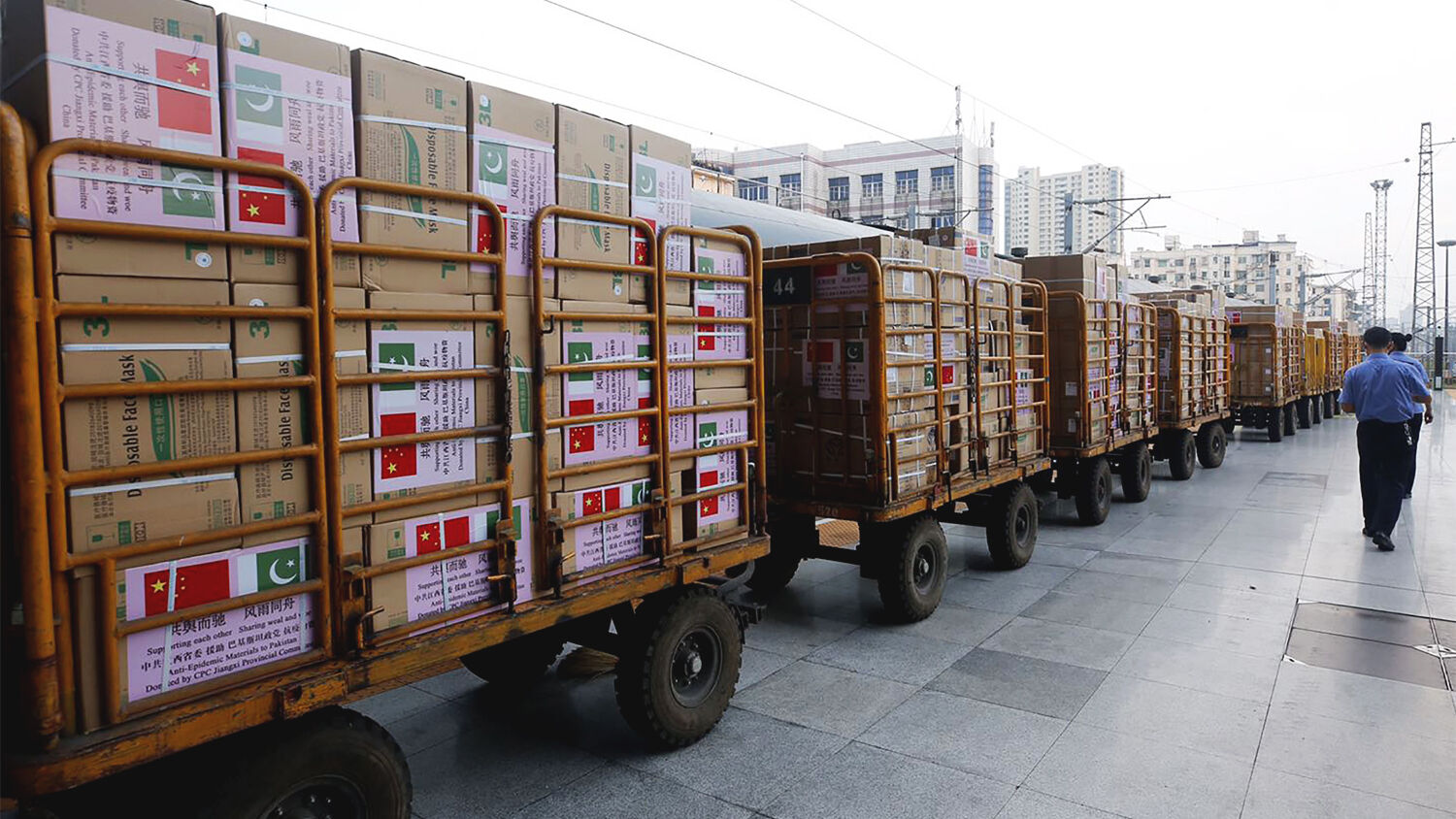 Could Pakistan be a part of the ‘kings of the east’?

China will be supplying Pakistan with coronavirus vaccines if and when a vaccine is developed, Pakistani government officials announced on August 13. It is part of a deal for vaccine trials to be held in the Asian nation, to cover about a fifth of the population of 220 million. At least two Chinese companies are negotiating to have their vaccines tested in Pakistan.

As a developing country, Pakistan’s pharmaceutical industry lacks the means to develop, test and produce medication on a large scale, much less a vaccine for the coronavirus. It therefore turned to China in an effort to explore one of the few options it has to curtail the pandemic. And China is happily leveraging its influence and comparatively greater means to gain a foothold in Pakistan.

According to senior Rand Corporation researcher Jennifer Bouey, coronavirus has afforded China an opportunity to step into global leadership. “China could build solidarity with developing countries,” she said, “and become a more influential player in global health.

This is emphasized by the fact that China has not joined the World Health Organization’s global initiative to develop and distribute a vaccine around the world. Instead, China is interested in pursuing its own ends by its own means—and it is starting with Pakistan.

The China state-owned pharmaceutical group Sinopharm is working directly with the International Center for Chemical and Biological Sciences at Karachi University to conduct the vaccine trials in Pakistan, allowing it to receive the vaccine on a “priority basis,” according to an involved official.

At the same time, China and Pakistan have reached an agreement to forge ahead with rail and power projects under the China-Pakistan Economic Corridor, an outgrowth of China’s Belt and Road Initiative. “The foreign ministers of China and Pakistan agreed that the joint construction of the Belt and Road should be accelerated to bring more benefits to the two peoples,” said Chinese Foreign Minister Wang Yi on August 21.

The $62 billion project cements China’s position as Pakistan’s largest investor. Last month alone, China was responsible for nearly 25 percent of investment in Pakistan, the showcase of its Belt and Road Initiative.

However, the collaboration with China “is costing Pakistan a lot of money,” according to Claude Rakisits, a professor at the Australian National University. Pakistan is increasingly indebted to China, and many fear it could become the latest casualty of China’s debt-trap diplomacy.

This is all contributing to an enlarging Chinese sphere of influence, foretold in the pages of your Bible. Revelation 16:12 prophesies of “the kings of the east” power bloc, prophesied to play a major role in a coming cataclysm that will affect the entire world.

Trumpet editor in chief Gerald Flurry has explained that this power bloc will include Russia, China and other Asian nations. Present developments indicate that Pakistan could be assimilated into this power bloc, led by Russia and, secondarily, China.

Pakistan is a nuclear power. It has advanced weapons and could be a pivotal player in the kings of the east. China’s interest in Pakistan’s Gwadar port, which offers access to the highly lucrative Strait of Hormuz, increases its incentive for Pakistani subservience. Trumpet managing editor Joel Hilliker wrote in his article “A Terrorist Dies—a Dragon Encroaches”:

Biblical prophecy speaks of a massive war—to shake this world very soon—in which an enormous pan-Asian army will march into the Middle East. Given the geography of the region, it seems Pakistan, including this key seaport, could be a major staging point. Evidence also suggests the possibility that, despite its Muslim majority, Pakistan could by then be allied with that Asian behemoth, contributing not only its gateways but even its soldiers to the effort.

To learn more about this coming Asian behemoth and Pakistan’s possible role as a part of it, please request your free copy of Russia and China in Prophecy.