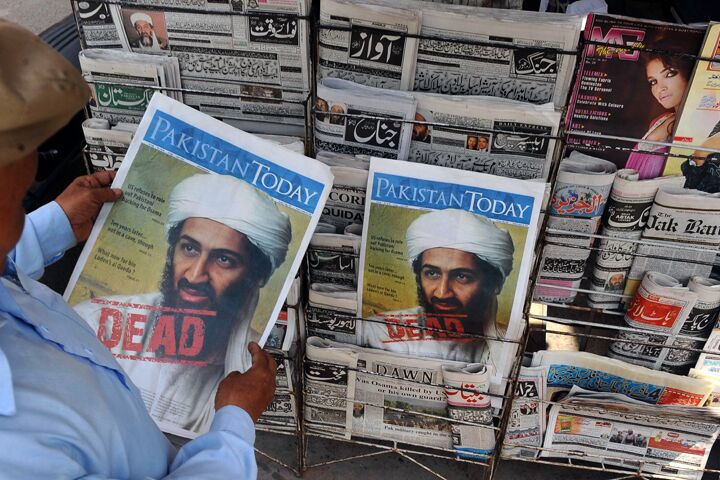 Osama bin Laden’s death made one thing plain: The relationship between America and Pakistan has tanked.

Some high-ranking Pakistanis must have known America’s number one enemy was camped out, for years, in plain view—within walking distance of the Pakistan Military Academy, just outside the capital.

No surprise, then, that when Washington decided it was time to take bin Laden out on May 2, it didn’t even warn the Pakistani government about the raid. cia Director Leon Panetta said it didn’t want to “jeopardize the mission. They might alert the targets.” Ouch. Not exactly a ringing endorsement of America’s “ally” in the war on terror.

Pakistan “apologized” for harboring the terrorist mastermind—by berating the U.S. for not getting its permission to kill him. Prime Minister Yousuf Raza Gilani warned that future American raids within Pakistan could be repelled with “full force.”

So, this is where the relationship stands after America has gifted more than $18 billion in military and civilian aid to Pakistan over the last decade. Signs are that Pakistan has had enough and is ready to walk away.

Other signs show this may be because it has another powerful suitor to take America’s place.

May 17, Prime Minister Gilani began a four-day visit to an old ally—one that, given his nation’s troubles with the U.S., is looking more relevant all the time: China.

Beijing is aggressively courting Pakistan right now. It expects America’s presence in the region to shrink soon, and it wants to fill the void—not only in Pakistan, but also in Afghanistan and other states in the neighborhood. So far its efforts look quite successful.

In April, even before bin Laden was killed, a remarkable report emerged highlighting this trend. Gilani visited Afghanistan and, according to what Afghan officials later told the Wall Street Journal, he “bluntly told Afghan President Hamid Karzai that the Americans had failed them both” (April 27). The Washington Post said Pakistan’s position was “that the U.S. military strategy had no prospect for success, that its troops antagonized the region and that the Afghan government should avoid any agreement that allows long-term U.S. military bases in Afghanistan” (April 28). Does that sound like someone who wants to preserve his ties with Washington?

But here’s the kicker: Gilani then counseled Karzai to seek new allies—particularly China.

Clearly, Pakistan is preparing itself for the U.S. to fail in Afghanistan. But do you suppose Gilani would be so dismissive of Washington if he weren’t confident that China is able and willing to take its place?

These two countries are celebrating the 60th anniversary of their relationship by allowing it to blossom. China has agreed to invest up to $30 billion in Pakistan over the next five years. It exports significant military hardware there. It supports Pakistan’s nuclear power industry; in fact, it helped Pakistan become a nuclear power back in 1998.

After Osama bin Laden was killed, China became the only major power to stand up for Pakistan. Gilani responded by singling out China as Pakistan’s “all-weather friend.”

“For Pakistan, Beijing represents an uncritical friend ready to provide aid, investment and military assistance,” Associated Press reported May 17. “To the leaders in Beijing, ties with Pakistan and other countries in its neighborhood offer a bigger diplomatic footprint, better access to resources and a larger stable of allies to challenge U.S. supremacy.”

This is important to realize: China’s courting of Pakistan fits with its larger strategy.

China is rapidly expanding its presence as an economic powerhouse in countries worldwide. It has leveraged its massive cash holdings to establish ties with needy but resource-rich nations, and to build and buy the infrastructure globally it needs in order to fuel its own meteoric growth. Since 85 percent of its trade is sea-based, one of its big pastimes has been to snap up ports and sea gates all over the world.

China particularly seeks greater strategic control over the Indian Ocean, the vital oceanic route to the Middle East. The Strait of Hormuz, the entrance to the Persian Gulf, is one of Earth’s most strategic sea gates; 13 million barrels of Middle Eastern oil pass through it each day. China wants in—and Pakistan provides the perfect means.

Back in 2002, China broke ground on a joint project with Pakistan to build a major deep-sea port in the Pakistani coastal city of Gwadar. This became operational in 2008. Recent reports indicate that now the Chinese want to build an oil pipeline direct from there into their own Xinjiang region.

Gwadar has been called the “Chinese Gibraltar.” This port increases China’s trade access to the Middle East, Central Asia and Europe. When the project began, China tried to dispel anxiety among its rivals by insisting the port would only be used for trade. But now the Pakistani defense minister says Pakistan has asked China for technical and financial aid to expand it into a naval base. While China hasn’t yet confirmed it will do so—perhaps in order to avoid fueling tensions with India, which fears Chinese encirclement—it is clear that military cooperation between China and Pakistan is rising.

For the moment, Beijing may be content to maintain Gwadar as a friendly port available for naval visits, maintenance and refueling, and as a commercial conduit to bring in minerals from Pakistan and so on. China is renowned for its long-term worldview—and its patience in achieving foreign-policy goals. Certain world events, however—such as the rise of a more assertive European power—could quickly spur Asian nations to join forces and speed up China’s timetable regarding its naval presence in places like Gwadar.

In the end, it is only a matter of time before the Chinese Navy establishes a presence on the Middle East’s doorstep.

Biblical prophecy speaks of a massive war—to shake this world very soon—in which an enormous pan-Asian army will march into the Middle East. Given the geography of the region, it seems Pakistan, including this key seaport, could be a major staging point. Evidence also suggests the possibility that, despite its Muslim majority, Pakistan could by then be allied with that Asian behemoth, contributing not only its gateways but even its soldiers to the effort.

It appears America’s tattered alliance with Pakistan is all but over. The U.S. is fading; power is shifting eastward. And Islamabad is entertaining offers from another, more attractive suitor. Watch closely. This appears to be yet another proof among many of the rapidly changing world order—the end of the Anglo-American era and the start of something radically different.