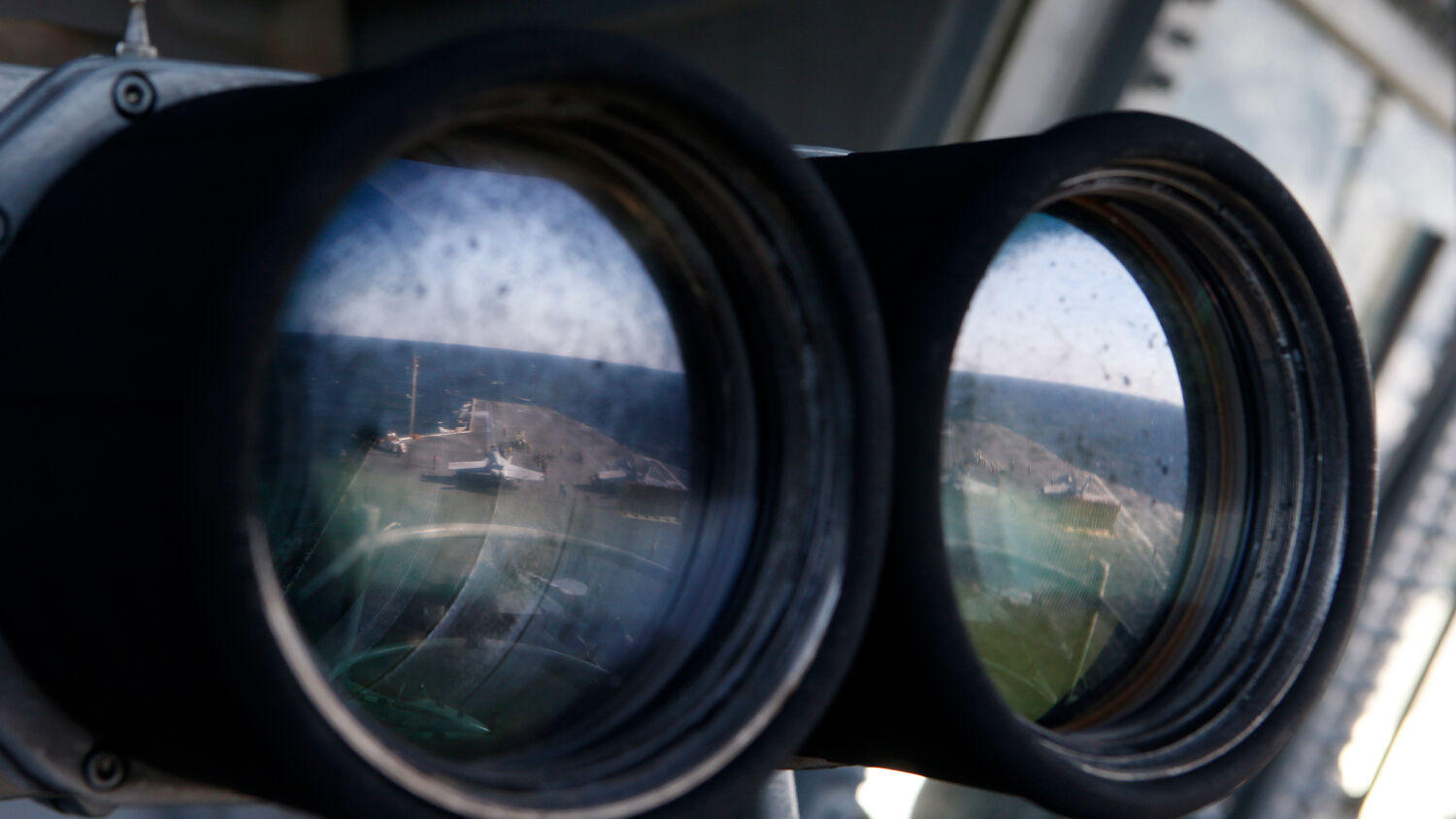 The deck of the uss Ronald Reagan, a Nimitz-class nuclear-powered aircraft carrier, is reflected in a pair of binoculars during a joint naval drill between South Korea and the U.S. in the West Sea off South Korea on Oct. 28, 2015.
KIM HONG-JI/POOL/AFP/Getty Images

South Korea has completed plans to begin construction of its first aircraft carrier, its Defense Ministry announced August 12. This is the first time the government has openly committed to building the billion-dollar vessel, after hinting at plans for a “multipurpose large transport vessel” late last year. This is only the latest instance of Asian powers looking to increase their operational firepower in the Pacific Ocean.

The Defense Ministry says the carrier will “enable the military to more effectively suppress threats and dispatch forces and materials to a disputed region in the sea by playing a role of a controlling vessel for the navy unit.”

South Korea has two Dokdo-class helicopter carriers, but this new carrier will be its first carrier with a fixed-wing aircraft platform. Currently, only nine nations have at least one true aircraft carrier in active service. South Korea is also reportedly purchasing 20 of America’s F-35B fighter jets for its new carrier, the only short take-off and vertical-landing fighter jets in production in the world.

The aircraft, worth $122 million each, are capable of flying at more than 1.5 times the speed of sound, carrying two air-to-air missiles and two 1,000-pound bombs. Their quick take-off and landing ability allow them to operate closer to the battlefront, maneuvering from various locations with the best tactical advantage.

According to United States Navy Capt. Carl Schuster (Ret.), this aircraft carrier will allow South Korea to expand its military’s reach, even as far as the Indian Ocean. “It signals the [Republic of Korea Navy] intends to operate farther from home than it does now,” he said.

The decision to construct the aircraft carrier comes amid worsening ties between Seoul and Pyongyang after North Korea cut ties with the South after talks between North Korean leader Kim Jong-un and United States President Donald Trump had raised hopes of deescalation and denuclearization. But the opposite seems to be developing, not just in the Koreas, but across Asia.

China’s monetary and military investment in the Pacific through the covid-19 pandemic has been well documented. It has asserted its authority and naval power in the South China Sea, seizing foreign boats, threatening any contesting navies, and equipping its artificial islands with military equipment and reserves.

Japan is also expanding its naval power. Its largest warship, the JS Izumo, is being converted from a helicopter-carrying destroyer to a carrier, just like South Korea’s, capable of housing the F-35Bs.

This has added significance as Japan hasn’t deployed an aircraft carrier since World War ii.

Asia is militarizing. The Pacific Ocean is gradually becoming a crucible for an impending maritime implosion. At present, these powers are largely divided and seem to be advancing their own individual interests. South Korea is motivated by its volatile and unpredictable neighbor, North Korea. Japan cites “the drastically changing security environment around Japan,” which is causing it to “take all possible measures to protect the lives and assets of Japanese people.” China seems to be motivated by nationalist designs of conquest.

At the Trumpet, we have watched and predicted that these Asian nations will come together as part of a united military alliance in this age. In a February 1963 issue, our predecessor magazine, the Plain Truth, said, “There is an utter inevitability of the ultimate tie-up between Japan and … China!” A 1968 issue stated, “Despite its many national, religious and political differences, Asia will ultimately be welded together into a common power bloc.”

The developments we see are precipitating this union, with each nation being able to make significant military contributions to the alliance’s total power.

But how can we make such bold claims? How can we be sure that historical enemies such as Japan and China can unite under one banner? Or that they should choose to then ally with South Korea? Because we base our forecasts on the sure word of Bible prophecy.

Ezekiel 38 speaks of a powerful Asian bloc of nations led by Russia, with China in a secondary position. Revelation 16:12 calls them “the kings of the east”—an end-time coalition with an army that numbers 200 million soldiers (Revelation 9:16). This power bloc will be involved in a period of violence and devastation unlike any before, “slaying the third part of men” with its frightening array of weaponry and military power (verse 15).

In our free booklet Russia and China in Prophecy, we write:

Watch for the East Asian alliances to develop economically and militarily. Watch for coming agreements between Russia, China, Japan, South Korea and others to harness the maverick North Korea and muscle the U.S. out of Oriental diplomacy in Korea and Taiwan. Watch for a third great power bloc to emerge in the East to balance the power of the expanding European Union. … The new order of global powers is emerging precisely as depicted in Bible prophecy.

That is what we see happening right now. These nations are all developing economically and militarily before our eyes! Russia and China are already closely allied, and the U.S. is being harried out of Asian diplomatic relations—the unraveling situation in North Korea bears testament to this fact. It is only a matter of time before these prophecies are fulfilled in totality. Please request your free copy of Russia and China in Prophecy to learn how this situation will develop and how you should respond.