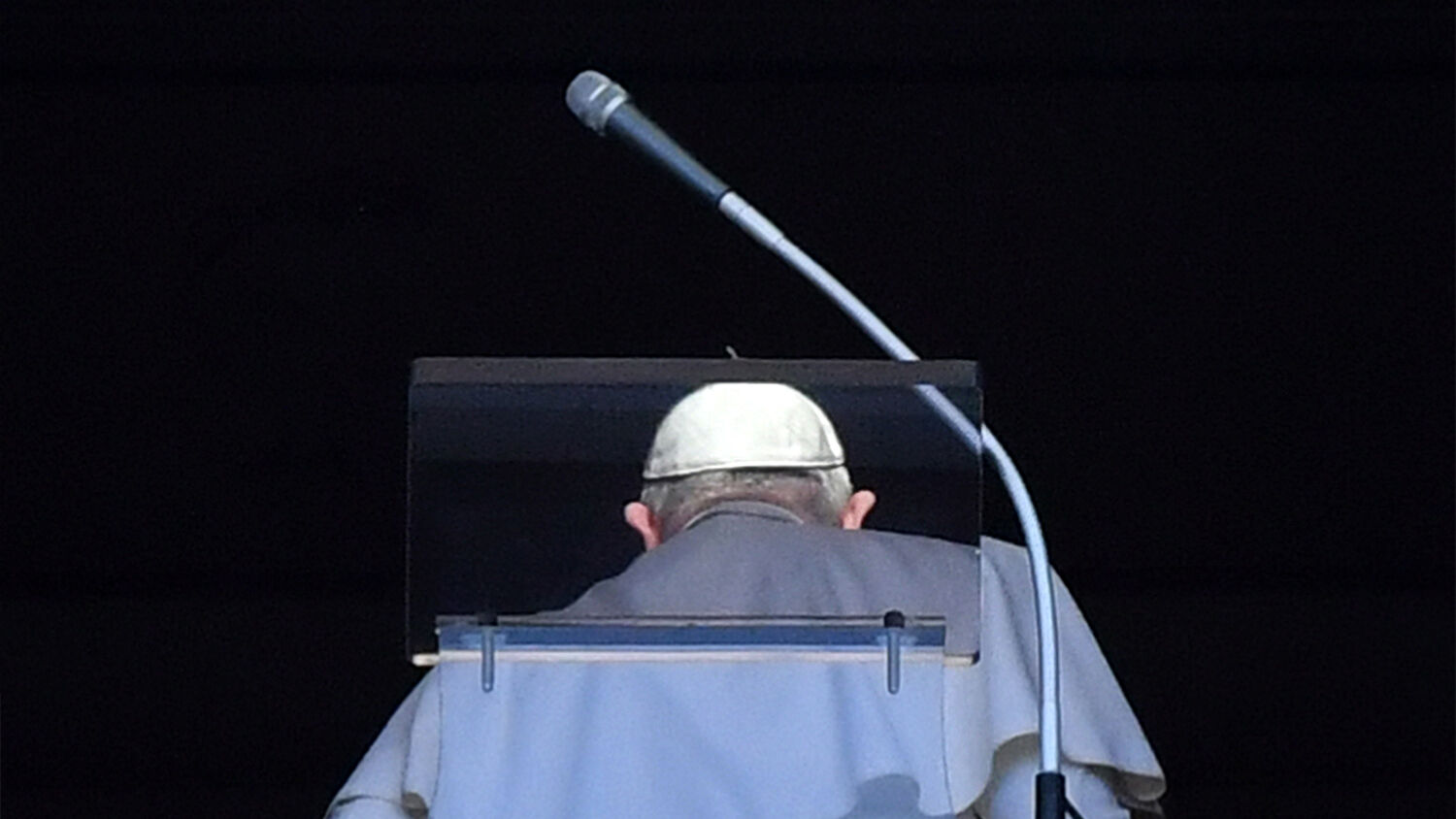 Pope Francis leaves after his Sunday Angelus prayer on August 9, 2020 at the Vatican.
ALBERTO PIZZOLI/AFP via Getty Images

Hint: Pope Francis is looking for allies against the United States.

Seventy-five years after the Holocaust, the Vatican is turning a blind eye to an authoritarian regime’s attempt to exterminate an ethnic minority. That is the assessment of British human rights activist Benedict Rogers. In a July 29 Foreign Policy article, Rogers recounted how the president of the Board of Deputies of British Jews wrote a letter to the Chinese ambassador in London, comparing the plight of the Uyghurs in Communist China to that of Jews in Nazi Germany. Children have been taken from their parents and sent to state-run orphanages. Women have been sterilized. And drone footage shows Uyghur men, kneeling and blindfolded, waiting to be loaded onto trains.

Twenty-three nations have condemned China’s human rights abuses. But the Vatican has remained surprisingly silent considering that Pope Francis is hailed as an advocate for the oppressed.

The pope has condemned the United States government for temporarily separating the children of illegal immigrants from their parents at the U.S.-Mexico border. And he has spoken out against the murder of George Floyd at the hands of a U.S. police officer, saying, “We cannot tolerate or turn a blind eye to racism and exclusion in any form.” Yet when it comes to Communist China, he has turned a blind eye. He has not uttered a public prayer for the Uyghurs, the Hong Kongers, the Tibetans, the Falun Gong practitioners, or any other group persecuted by the Chinese Communist Party. Why?

According to Benedict Rogers, Pope Francis may not be allowed to criticize China’s treatment of the Uyghurs under the terms of a secret concordat between the Vatican and Beijing.

Two years ago, the Vatican asked Bishop Peter Zhuang Jianjian and Bishop Joseph Guo Xijin to step down and make way for two new bishops approved by the Chinese government. This was a prelude to a deal between the Roman Catholic Church and the Communist Party of China. The text of this deal remains secret, but we know it gives an avowedly atheist regime a direct role in appointing Catholic bishops. And it may mandate the pope’s silence on Communist human rights abuses.

Before this deal was signed, about half of China’s 10 to 12 million Catholics worshiped in underground churches that refuse to recognize Communist control over their faith. The other half worshiped in government-managed churches run by clergy appointed by the Communist Party of China. The deal was supposed to be a strategic compromise in the name of Catholic unity, but no Catholic clergy have been released from prison. Instead, several more have disappeared since the deal was signed.

The last British governor of Hong Kong is warning that the Vatican is making a mistake by cozying up to China just as it is slipping back into the most hard-line dictatorship since Mao Zedong. And retired Hong Kong Cardinal Joseph Zen has said signing a deal with Communist China is analogous to signing a contract with Adolf Hitler or Joseph Stalin. Yet Vatican officials still plan on renewing their deal with China next month.

“The provisional agreement with China expires in September of this year and we must find a formula; we must see what to do,” Italian Archbishop Claudio Maria Celli said on an Italian television network. “We are trying to look toward the future, and we are trying to give to the future of our realizations a deep and respectful basis, and I would say that we are working in this sense.”

In summary: Pope Francis turns a blind eye to China’s egregious human rights abuses while praising Catholics who kneel at Black Lives Matter protests in the United States. This shows that human rights are not his primary concern. Instead, he is trying to accomplish a geopolitical goal.

Uki Goñi is an Argentine author whose research focuses on the Vatican’s historic role in organizing “ratlines” to help Nazi criminals escape to Argentina. In a 2015 editorial for the New York Times, he wrote that you couldn’t understand Pope Francis without acknowledging that his worldview was shaped in Juan Peron’s Argentina. That is why Pope Francis often warns about the “excesses of capitalism” while expressing sympathy for communism and other forms of socialism. He follows the sort of Catholic socialism that was practiced in Argentina during Juan Peron’s presidency.

“If you were to read one of the sermons of the first fathers of the church, from the second or third centuries, about how you should treat the poor, you’d say it was Maoist or Trotskyist,” Francis said in 2010 when he was still archbishop of Buenos Aires. So while the pope disagrees with China’s atheism, he seems more sympathetic to China’s Maoist economic system than he is to America’s free-market system. And this fact is key to understanding the geopolitical rationale behind the Vatican’s China deal.

Suppose Pope Francis wanted to defeat American capitalism. To do so, he would need to convince Catholic nations across Africa, Europe and Latin America to adopt a more socialist way of running their economies. And what better way to accomplish this than a deal with the world’s leading Communist economy? This deal with China is part of the Vatican’s long-term campaign to achieve full diplomatic relations with Beijing, a vital step toward restructuring the world economy.

Biblical passages such as Revelation 17 reveal that a powerful religious entity will rise in the end time and become the guiding force over a great economic powerhouse that intoxicates all nations with its wealth and splendor. Revelation 18:3 says, “The merchants of the earth have become rich through the abundance of her luxury” (New King James Version). Notice that these merchants are not only active in Europe and Latin America, they are merchants of the Earth doing business in all nations.

The late Herbert W. Armstrong explained in his booklet Who or What Is the Prophetic Beast? that the religious entity referred to in Revelation 17 and 18 is headquartered in Rome. So atheist China is not going to lead the world’s new economic order. But atheist China will ally with a revived Holy Roman Empire to replace the current Anglo-American economic system.

The people of Rome once referred to the Chinese as the people of Cathay, after the Khitans on northern China. Both the Old Testament books of Isaiah and Ezekiel mention these people as Kittim. The Kittim form an end-time trade relationship with Tyre, which refers to the commercial heart of the Holy Roman Empire (Isaiah 23; Ezekiel 27).

Anyone concerned about the type of deals the pope is making with totalitarian dictatorships needs to read “Building Toward a World Catastrophe,” by Trumpet editor in chief Gerald Flurry. It explains the soon-coming alliance between Catholic Europe and Communist China. Both powers are prophesied to be instrumental in America’s downfall!