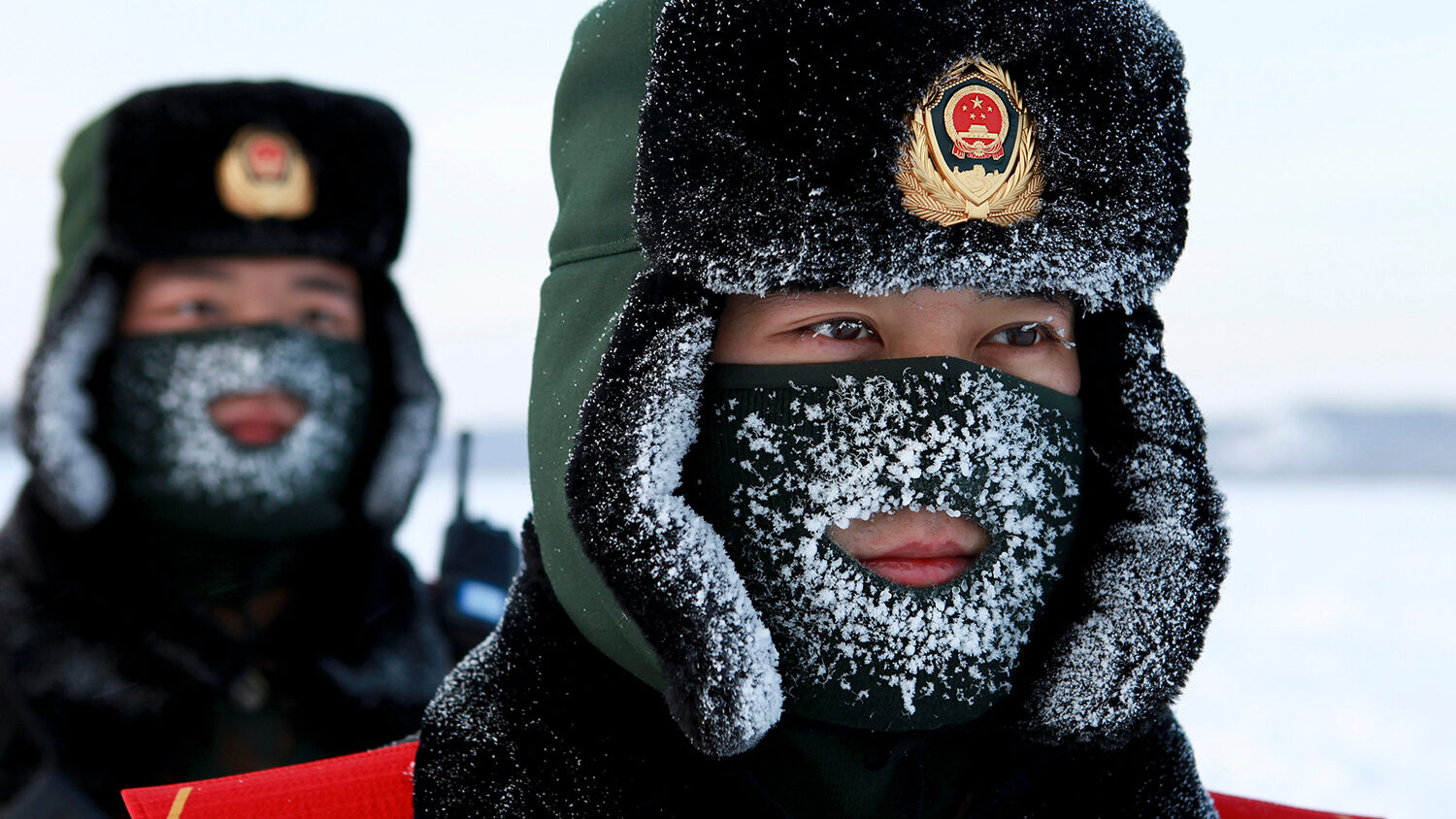 Chinese paramilitary police border guards train in the snow at Mohe County in China’s northeast Heilongjiang province, on the border with Russia, on December 12, 2016.
STR/AFP via Getty Images

America is on the verge of being overwhelmed by ‘the kings of the east’ on the northern frontier.

China dispatched its 122-meter-long icebreaker, the Snow Dragon ii, from Shanghai to the Arctic on July 15. It is intended to patrol the Northern Sea Route and establish a Chinese presence in the east-west maritime corridor. This comes during a time of increased Russian military presence along the same route and an America in retreat.

While China has publicly stated that its main interest in the region lies in protecting the Arctic environment, the Northern Sea Route has emerged as a valuable trade route, running from eastern Norway to the Bering Strait, just south of the Arctic Circle.

As the Arctic ice caps melt away, this route provides a shipping lane providing safe passage for container ships from the Bering Sea, off the coast of Alaska, along thousands of miles of Russian border, all the way to Norway, and from there, out into the Atlantic. This is of significant importance because it connects the Arctic to the already existing trade route from Vladivostok in Eastern Russia, through the Strait of Malacca and the Suez Canal, reaching Western Europe.

Russia has had a reestablished presence in the region for over a decade, having had strategic air patrols off the Alaskan coast in 2007. In 2014, it created a new military district for the entire region and, in 2017, began construction of icebreaking vessels capable of antisubmarine warfare.

However, Russia does not have the means to fully develop and expand the Northern Sea Route, and so, in steps China. Snow Dragon ii will traverse over 7,000 miles of the area for the next three months. It made its maiden voyage into Antarctica late last year and is now ready for the Northern Sea Route.

Despite China saying the purpose of the mission is scientific, this excursion is not just into the Arctic Circle, but along the Northern Sea Route itself. It will last longer than China’s 10 previous visits into the region.

China’s vested interest in this trade route is part of its long-established Belt and Road Initiative as the “Polar Silk Road.” This route is one of six important links, or roads, between China and Europe, promoting and enabling China’s geopolitical strategy.

The United States has historically had a sizable presence in the Arctic, but Russia’s recent reemergence in the region, coupled with China’s entrance, is supplanting a retreating U.S. Despite opposing China’s growing Arctic footprint, America’s presence in the region has greatly diminished since the end of the Cold War. U.S. President Donald Trump has mandated increased air patrols off the Siberian coast, but this lags behind Russia’s established defense systems and deployed fleet of icebreakers.

With China joining Russia’s side, the U.S. is outnumbered in the region. Russia already has an established presence in the Arctic, allowing it to exploit the vast mineral riches, worth an estimated $30 trillion. With China helping to fully develop and streamline the Northern Sea Route, Russia and China could form a lucrative trade partnership connecting the great wealth of the Arctic Circle to European markets.

These events point to specific prophecies in your Bible. Revelation 16:12 speaks of “the kings of the east”—a powerful Asian conglomerate led by Russia, and including other Asian nations, such as China, India and Japan—rising to power and dominance. (For proof, request Russia and China in Prophecy, free of charge.) This presently coalescing bloc was prophesied to ally itself with Europe in a far-reaching, powerful trade alliance.

In Isaiah’s End-Time Vision (request your free copy), Trumpet editor in chief Gerald Flurry writes that there will be “a brief alliance between the German-led [Europe] and certain Asian powers … possessing the key resources and strategic holdings of China,” which would have the power and influence to economically besiege the U.S.

He bases that forecast on a Bible prophecy in Isaiah 23, which describes Chittim (China), Tarshish (Japan) and Tyre (German-led Europe) having an interdependent economic alliance called “the mart of nations.” This trade bloc will have a monopoly over all trade routes and deals across the world and will freeze out the U.S. in an “economic siege.”

We can see both of these prophecies being fulfilled today. With Russia and China’s already close ties, their collaboration in the Arctic will only bring the “kings of the east” prophecy closer to fulfillment. As America continues its withdrawal from the Arctic, it is on the verge of finding itself frozen out of an emerging global trade order.

What is going to come out of these events will affect you. Understanding where these events are leading is imperative. The Bible reveals exactly what will come upon this nation and the entire world. Request your free copy of Isaiah’s End-Time Vision to fully understand where all of this is leading.