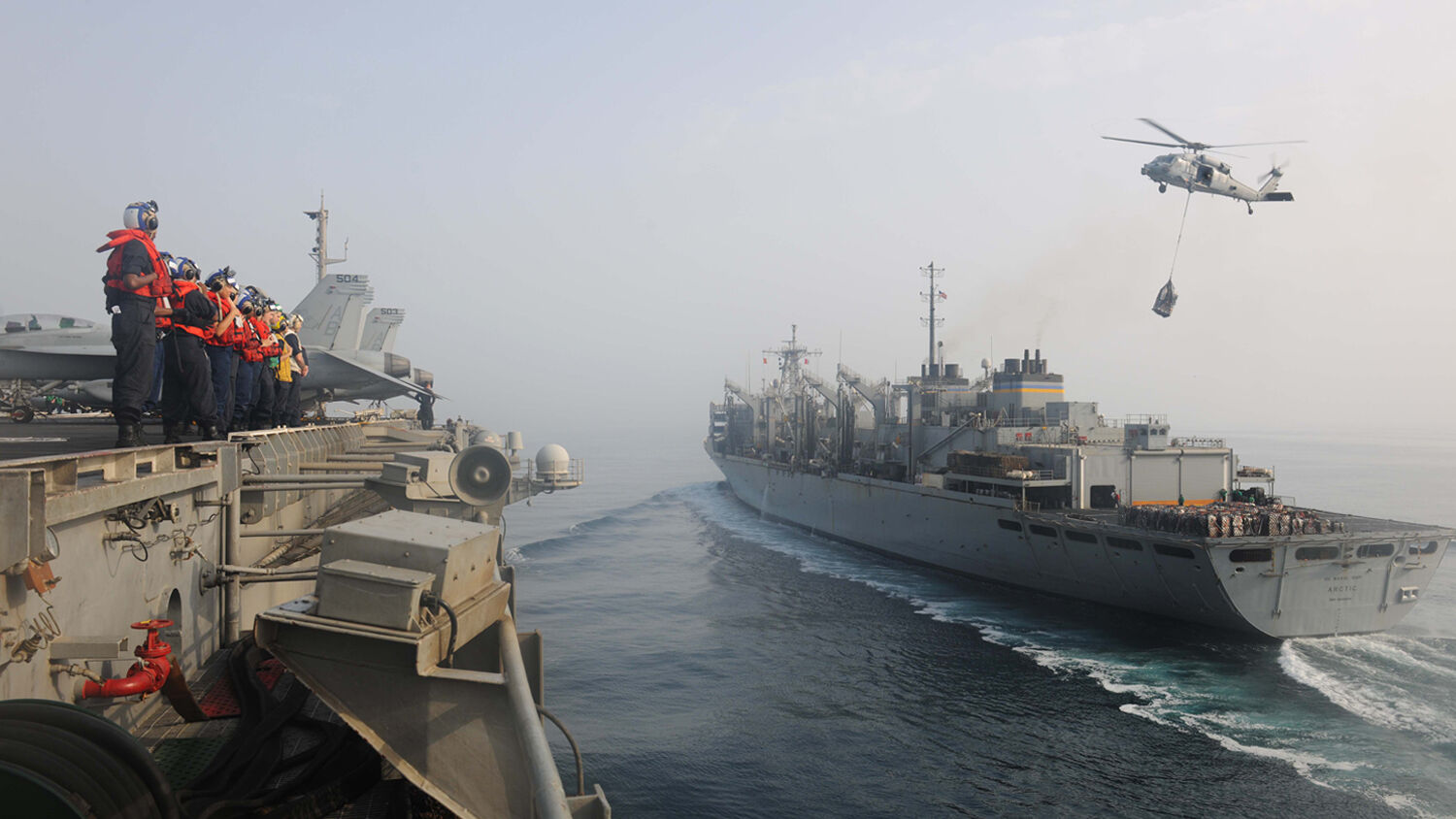 Tensions with China are reaching the boiling point.

The United States Navy has moved three aircraft carriers and several hundred aircraft into the contested South China Sea for the first time in three years, the Navy reported on June 12. The deployment of the vessels is intended to send a message to China that the U.S. won’t be leaving it to its own devices in the region.

China claims the South China Sea as its own, even though it is contested by the Philippines, Malaysia, Taiwan, Vietnam and Brunei. Over the last few months, while the world has been distracted by coronavirus, China has moved to further secure its interests and position of power in the Pacific.

At the same time, the U.S. has struggled to maintain a significant presence in the Pacific, as its naval forces struggled with the pandemic. However, the Navy has now rebounded and is determined to assert itself in the region once more.

Its movement has been swift. Three aircraft carriers, the uss Theodore Roosevelt, the uss Nimitz in the Western Pacific and the uss Ronald Regan in the Philippine Sea have all been dispatched. With each vessel carrying at least 60 aircraft and supported by all its forward-deployed attack submarines, destroyers and cruisers, this is the biggest deployment of U.S. vessels in the Pacific since tensions with North Korea were at their peak in 2017.

The Roosevelt and Nimitz carrier strike groups are scheduled to carry out defense drills and naval exercises in what Rear Adm. Doug Verissimo called “a great opportunity for us to train together in a complex scenario.”

The uss Ronald Regan’s operations are less clear, but its presence in the Philippine Sea offers the greatest threat of a flashpoint as it is an entryway to the South China Sea.

Chinese state media has already condemned the move, with China threatening to employ its aircraft killer weapons and anti-ship ballistic missiles. Beijing’s naval expert Li Jie told the Global Times, “By massing these aircraft carriers, the U.S. is attempting to demonstrate to the whole region and even the world that it remains the most powerful naval force, as they could enter the South China Sea and threaten Chinese troops on the [Paracel and Spratly] islands as well as vessels passing through nearby waters, so the U.S. could carry out its hegemonic politics.”

In response, China is preparing to hold counter drills to show off its own firepower and weaponry, and possibly use its “wide range of weapons designed to sink aircraft carriers,” such as the 21D “carrier killer.”

While America’s presence in the Pacific decreased significantly following the pandemic outbreak, it has been diminishing slowly over the past several years. China has steadily taken control of more and more of the Pacific and its sea gates, a region that sees over $3 trillion worth of trade pass through it every year.

Now, the U.S. is making moves to regain a great deal of the territory it has lost. But China is determined to keep the gains it has made. America’s acts of deterrence could motivate increased military action by China.

A prime example is China’s absence from the nuclear arms control talks that had been planned with Russia and the U.S. China has long since refused to reduce its nuclear arsenal, arguing that its nuclear buildup is much smaller than Russia’s or America’s.

Indeed, the main problem is that China is as determined to increase its nuclear armament as it is opposed to reducing it. China is also determined to maintain the strategic maritime advances it has made in the recent years that the U.S. has retreated from the Pacific. And in doing so, “China is Steering the World Toward War,” as Trumpet editor in chief Gerald Flurry wrote. He explained:

The Spratly Islands are claimed by the Philippines, Malaysia, Taiwan and Vietnam. China is ignoring these nations’ territorial claims. China is being aggressive and provocative.

A trade war often precedes a shooting war. That is what happened just before World War ii—especially so in Asia.

Despite America’s mitigative actions, China is too invested in the Pacific to back down easily. And Bible prophecy indicates that America’s loss of its strategic sea gates and valuable checkpoints are permanent.

These nations were to be the recipients of unconditional promises made to the biblical patriarch Abraham. One such promise was that his “seed shall possess the gate of his enemies,” referring to sea gates or strategic passageways (Genesis 22:17). Indeed, since the 1800s, America and Britain have possessed the world’s major sea gates.

But just as the Bible prophesies America’s and Britain’s rise, it also foretells their fall. God warned His people that if they disobeyed His law they would be cursed for their sins (Deuteronomy 28:15). Today, America and Britain are breaking God’s perfect law of love. As such, they are destined to lose control of the world’s strategic sea gates (verse 52).

This will allow for the fulfillment of another prophecy detailed in Isaiah 23 of a trade bloc, united against the United States, determined to freeze it out of global trade. It describes Chittim (China), Tarshish (Japan) and Tyre (German-led Europe) having an interdependent economic alliance called “the mart of nations.” This trade bloc will have a monopoly over all trade routes and deals across the world and will besiege the U.S. economically.

Mr. Flurry explained that this economic siege “will cause an economic cataclysm that will develop into race wars and fighting for food and survival” in a time the Bible calls the “great tribulation” (Matthew 24:21).

To fully understand the prophesied outcome of America’s excursions in the Pacific, read “China Is Steering the World Toward War” and request your free copy of Isaiah’s End-Time Vision, by Gerald Flurry.