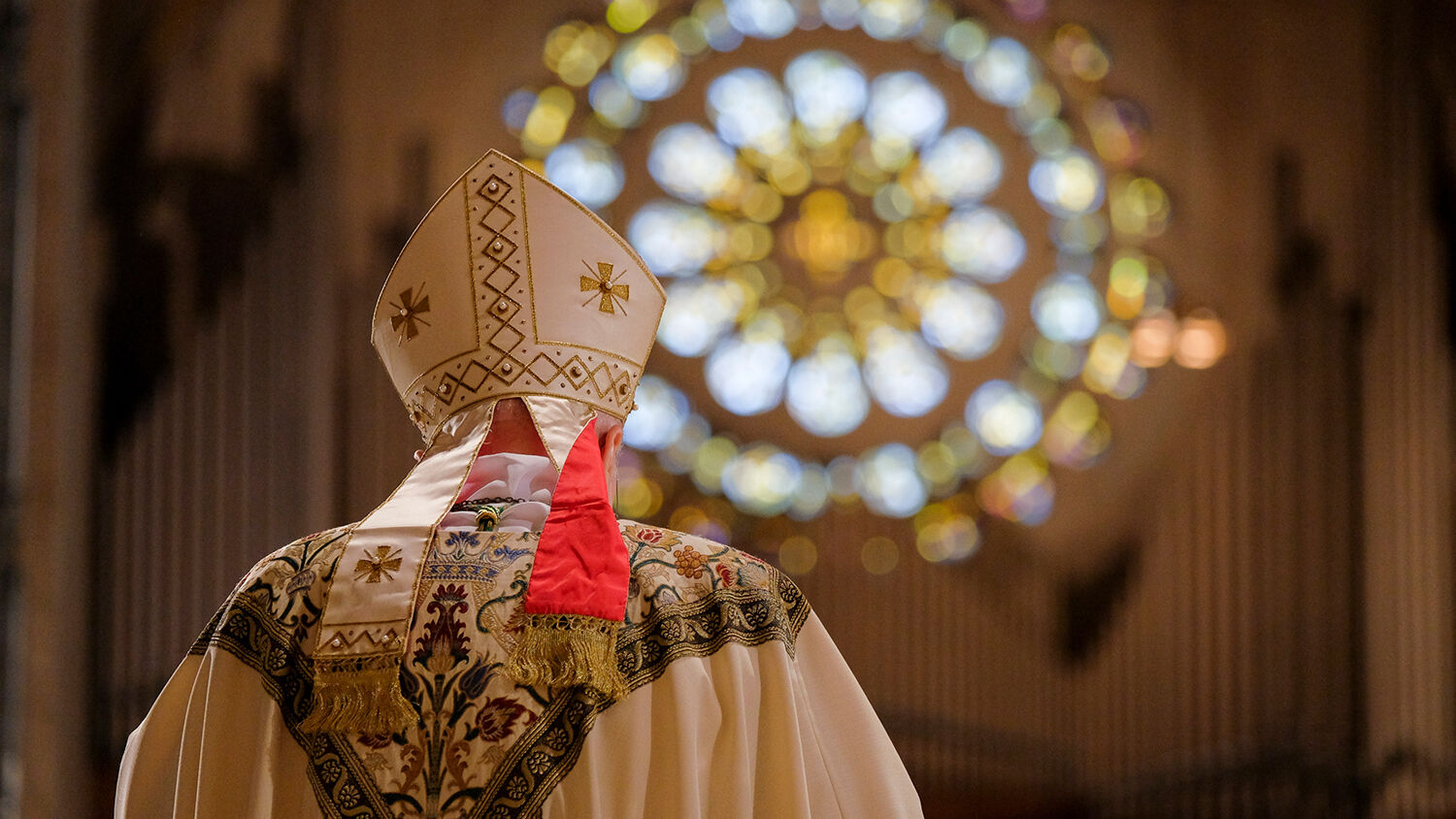 Archbishop Carlo Maria Vigano, the Vatican’s ambassador to the U.S., reads a sermon at the Basilica of the National Shrine of the Immaculate Conception.
Getty Images

Many American Catholics are more interested in supporting the Trump administration than toeing the Vatican line.

Vatican Archbishop Carlo Maria Viganò published an open letter on June 6 warning United States President Donald Trump that coronavirus lockdowns and race riots were part of a spiritual battle between good and evil. Viganò identified these problems as the work of the “deep state” and said those working for the deep state are “children of darkness.” He praised President Trump for fighting the deep state and warned that there was a “deep church” within Catholicism subverting Catholic dogma.

Viganò is a former Vatican ambassador to the U.S., perhaps most famous for his August 2018 memo revealing that Pope Francis helped cover up the crimes of the pedophile priest Theodore McCarrick. He was been called Francis’s “arch-nemesis,” and he recently accused Francis and other members of the Vatican hierarchy of “openly placing themselves at the service of the prince of this world”—the devil.

Yet Viganò is still supported by many Catholic traditionalists.

“So honored by Archbishop Viganò’s incredible letter to me,” President Trump tweeted on June 10. “I hope everyone, religious or not, reads it!”

Viganò called out protests as a deep state tool to bring down President Trump, saying, “It is quite clear that the use of street protests is instrumental to the purpose of those who would like to see someone elected in the upcoming presidential elections who embodies the goals of the deep state and who expresses those goals faithfully and with conviction.”

But Pope Francis has supported the protests occurring across America. On June 3, he said, “My friends, we cannot tolerate or turn a blind eye to racism and exclusion in any form and yet claim to defend the sacredness of every human life …. Today, I join the church in Saint Paul and Minneapolis, and in the entire United States, in praying for the repose of the soul of George Floyd and of all those others who have lost their lives as a result of the sin of racism.”

Francis offered his support for a bishop who knelt in prayer during a Black Lives Matter protest in El Paso, Texas. The murder of George Floyd was a horrific crime, but the officer who perpetrated this crime has been arrested. Francis has been slow to call out China on its persecution of Christians and Muslims. The continual focus on the U.S. and support for the protests shows the pope is more interested in undermining America than in justice.

Under normal circumstances, Floyd’s killing at the hands of a white police officer and the global protests denouncing racism and police brutality might have drawn a muted diplomatic response from the Holy See.

But in a U.S. election year, the intensity and consistency of the Vatican’s reaction suggests that, from the pope on down, it is seeking to encourage anti-racism protesters while making a clear statement about where American Catholics should stand ahead of President Donald Trump’s bid for a second term in November. Francis “wants to send a very clear message to these conservative Catholics here who are pro-Trumpers that, ‘Listen, this is just as much of an issue as abortion is,’” said Anthea Butler, a presidential visiting fellow at Yale Divinity School.

So with Viganò supporting President Trump and Francis supporting the protesters, the U.S. Catholic Church is divided as the nation heads toward the 2020 presidential elections.

Around 22 percent of Americans are Catholic, but a large portion of these Catholics (including Archbishop Viganò) are more interested in supporting President Trump’s fight against the deep state than they are toeing the Vatican line.

Bible prophecy reveals that there is a lot of significance in what is happening between America and the Vatican. A clash of civilizations is coming between Anglo-America and a Vatican-dominated empire. (This clash is explained in Trumpet editor in chief Gerald Flurry’s article “Why Is the Pope Meddling in American Politics?”)

Another prophecy in Amos 7 describes the Prophet Amos being persecuted by King Jeroboam ii of Israel, as well as an ungodly priest of Bethel. This account has been preserved for thousands of years because it is also a prophecy for the end-time descendants of Israel, which includes the United States. The current president is a modern-day Jeroboam ii, supported by “the sanctuaries of Israel” and “the king’s chapel” (verses 9-13). “When this says ‘the king’s chapel,’ it is talking about a place of worship that belongs to the king,” wrote Mr. Flurry in “Is America’s Supreme Court in Bible Prophecy?” “President Donald Trump has a strong following among evangelicals and quite a few Catholics. Many Christians in America today look to President Trump for leadership.” But Catholics and Protestants alike are making a deadly mistake in trusting their human leader and their ideas of God rather than having real faith in and real obedience to the true God.

A “king’s chapel” of religious people is forming around President Trump. But this religious alliance will not be able to save the U.S. for long. A clash between Anglo-America and a Vatican-dominated empire will result in a condition where “the high places of Isaac shall be desolate, and the sanctuaries of Israel shall be laid waste” (verse 9). For information on why God would allow such a calamity, please read Great Again, by Gerald Flurry.