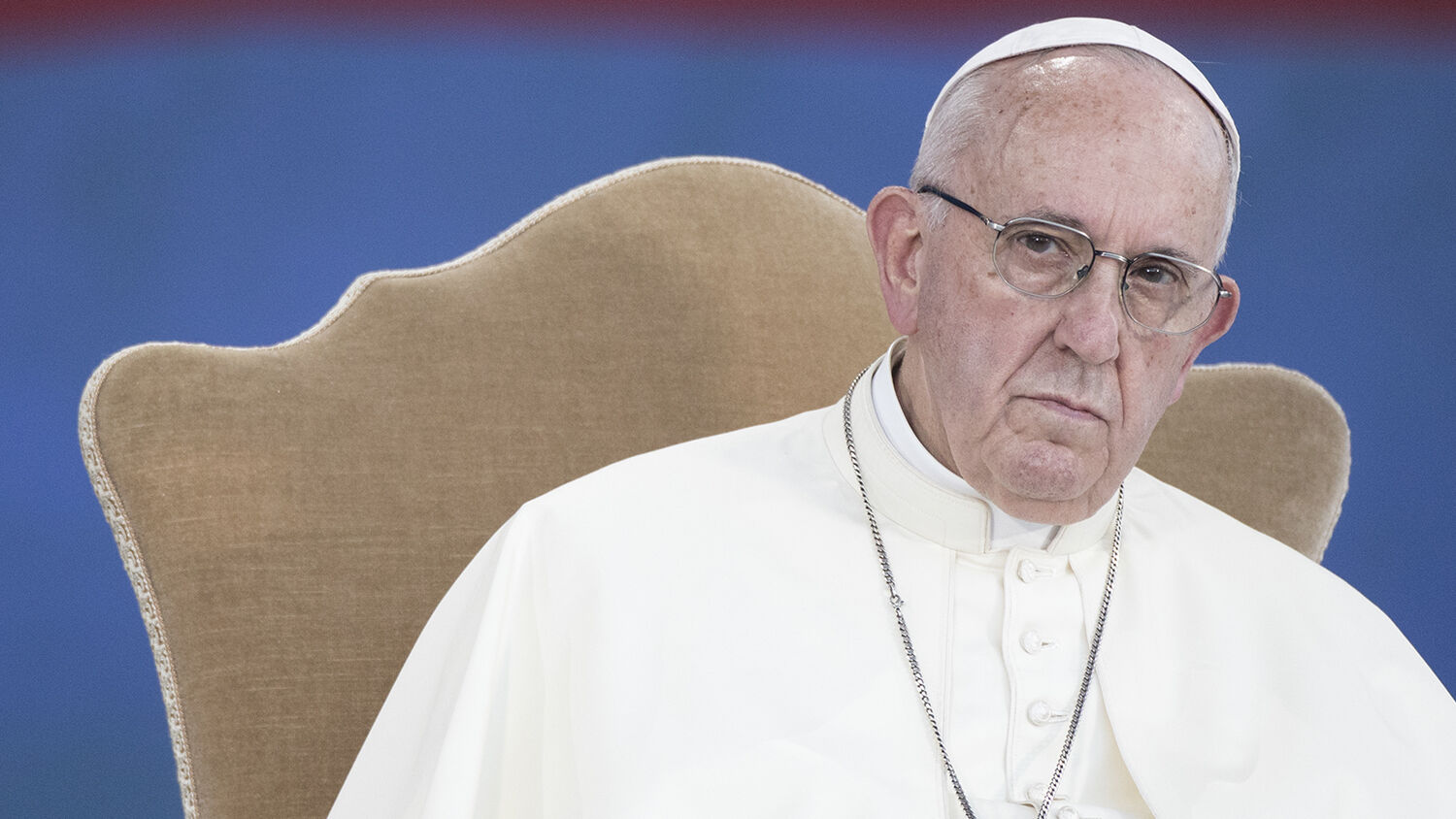 The Vatican is engulfed in crisis, again. Will we soon see a new pope?

The Catholic Church is facing its biggest crisis in centuries. The scandal took a dramatic turn over the weekend and is now engulfing the pope himself.

The present scandal began a fortnight ago with the release of a 1,400-page grand jury report accusing 300 Catholic priests in Pennsylvania of abusing children over a period of 70 years. The report was the result of an extensive investigation and disclosed the abuse of 1,000 children. The “real number” of abuses, according to the report, was “in the thousands.”

The report is painful to read. It documents the abuse of innocent children, some as young as 18 months, as well as the long-term effects of the abuse on the victims. Scarred by their interaction with a Catholic priest or nun, several turned to drugs, even suicide, to escape the trauma.

But there is another alarming dimension to the Pennsylvania report. The investigation revealed that several Catholic priests and church officials were aware of the abuse and covered up the crime. “The pattern was abuse, deny and cover up,” said Pennsylvania’s Attorney General Josh Shapiro. This was part of a “systematic cover-up by senior church officials” (emphasis added throughout). The grand jury report shows that some of the highest figures in the Catholic Church in Pennsylvania knew about the abuse and did nothing. Some actually protected the abusers.

Yesterday we learned just how high the cover-up goes.

In an 11-page testimonial, Archbishop Carlo Maria Viganò, the former Vatican ambassador to the United States, revealed that he had informed Pope Francis about a prominent priest accused of sexual abuse. When Pope Francis heard the news, said Viganò, he did nothing.

Viganò revealed that he had spoken with Pope Francis in 2013 about Cardinal Theodore McCarrick, a former archbishop of Washington. In his letter, Viganò said that he had warned the pope about McCarrick’s behavior and also informed him of an order that Pope Benedict xvi had given McCarrick to withdraw to a life of prayer and penance. “He knew from at least June 23, 2013, that McCarrick was a serial predator,” wrote Archbishop Viganò. “He knew that he was a corrupt man, [but] he covered for him to the bitter end.”

Viganò also recalled how he told Pope Francis that McCarrick “had corrupted generations of seminarians and priests.” The pope listened, wrote Viganò, but “did not make the slightest comment about those very grave words of mine and did not show any expression of surprise on his face, as if he had already known the matter for some time, and he immediately changed the subject.”

Archbishop Viganò has called on the pope to resign. “In this extremely dramatic moment for the universal church, he must acknowledge his mistakes and, in keeping with the proclaimed principle of zero tolerance, Pope Francis must be the first to set a good example to cardinals and bishops who covered up McCarrick’s abuses and resign along with all of them,” he wrote.

Yesterday’s announcement marks a stunning development in the sexual-abuse scandal enveloping the Catholic Church. Veteran Vatican journalist Rocco Palmo wrote that Viganò’s memo “can only be described as ‘nuclear,’ to say nothing of fresh fuel for the burgeoning crisis.”

Palmo said that even before this memo, “several key U.S. prelates” had privately told him that “the coming storm was already ‘worse than 2002—because this time, it’s about the bishops.’”

Journalist Damian Thompson has covered the Catholic Church for years and recognizes a genuine crisis. Thompson wrote in the Spectator today:

It is very hard to overstate the gravity of the crisis facing the pope and members of the senior hierarchy of the United States today. They have been implicated in an alleged conspiracy to protect a sex criminal.

The charges made by Viganò are so extensive, and so serious, that legal proceedings arising from them are likely to be on a gigantic scale—and will take years rather than months to address.

Long before they are concluded, there is a strong possibility that the pontificate of Jorge Mario Bergoglio, the Argentinian who took the name of Pope Francis, will have come to a spectacular and disastrous end.

As shocking as this revelation about Pope Francis is, it isn’t surprising.

In Australia, Cardinal George Pell, the head of Vatican’s finances and a papal adviser selected by the pope himself, is currently standing trial for “multiple historical sexual offenses.” Pell has already been found complicit in a cover-up of sexual abuse by the Australian Royal Commission Into Institutional Responses to Child Sexual Abuse.

In a strange twist of fate, yesterday’s news broke just as the pope was visiting Ireland, a nation still reeling from its own abuse revelations. In 2009, after a nine-year investigation, a report published by Ireland’s Commission to Inquire Into Child Abuse revealed that “sexual abuse was endemic in boys’ institutions” run by the Catholic Church. The 2009 report caused a major shift in Ireland’s relations with the Catholic Church. (This was apparent yesterday; the turnout for mass in Phoenix Park was 50 percent less than expected.)

What happens now? Will Pope Francis resign? Will a new pope be elected? Will he be replaced by his predecessor, Pope Benedict xvi? These are now pertinent questions. Perhaps more significantly, where does the Vatican and the Catholic Church go from here? These crimes, the behavior of the pope, and the ensuing scandal will no doubt further damage the reputation of Catholic leaders and perhaps even the religion itself.

We must pay attention to this story. Both history and Bible prophecy show that changes of this magnitude inside the Vatican and Catholic Church are extremely significant. Historically, the Vatican has been a powerful force in international relations and world politics. Popes often have the power to make and break kings and governments. When the pope speaks, hundreds of millions listen and respond. This means that the character, personality and ambitions of the pope and his inner circle matter—not just to Catholics, but to all nations and peoples and cultures.

Bible prophecy does not tell us who the next pope will be. It does, however, provide a lot of insight into the future of the Catholic Church and the Vatican. Prophecies in Isaiah 47 and Revelation 17 reveal that the Vatican in the end time will be a powerful and influential force in world events, especially in the unification of Europe. Catholicism will be the primary spiritual influence behind the now-forming Holy Roman Empire.

In April 2005, the Trumpet’s editor in chief explained how the Bible describes the pope who will be on the scene just prior to the return of Christ. He is “going to strengthen this church-state [Catholic-Europe] bond,” wrote Mr. Flurry.

In fact, he will come to actually guide European affairs in a powerful way! European leaders will soon realize that if they want to be in power, they will have to gain the support of the pope. They will actually become subservient to him. This is what the Bible prophesies.

This infusion of religion into European affairs is the missing ingredient that will vault the Continent to superpower prominence.

As prophetically significant as his pontificate has been, Pope Francis has not filled this role. Bible prophecy indicates that the final pope is likely to be conservative and traditional. He will be assertive and aggressive, even imperialistic. He won’t be afraid to tackle sensitive issues or to involve himself with geopolitics, especially politics in Europe. He is going to strike fear into his enemies.

As Pope Francis flounders, you have to wonder: Is the final pope about to appear?