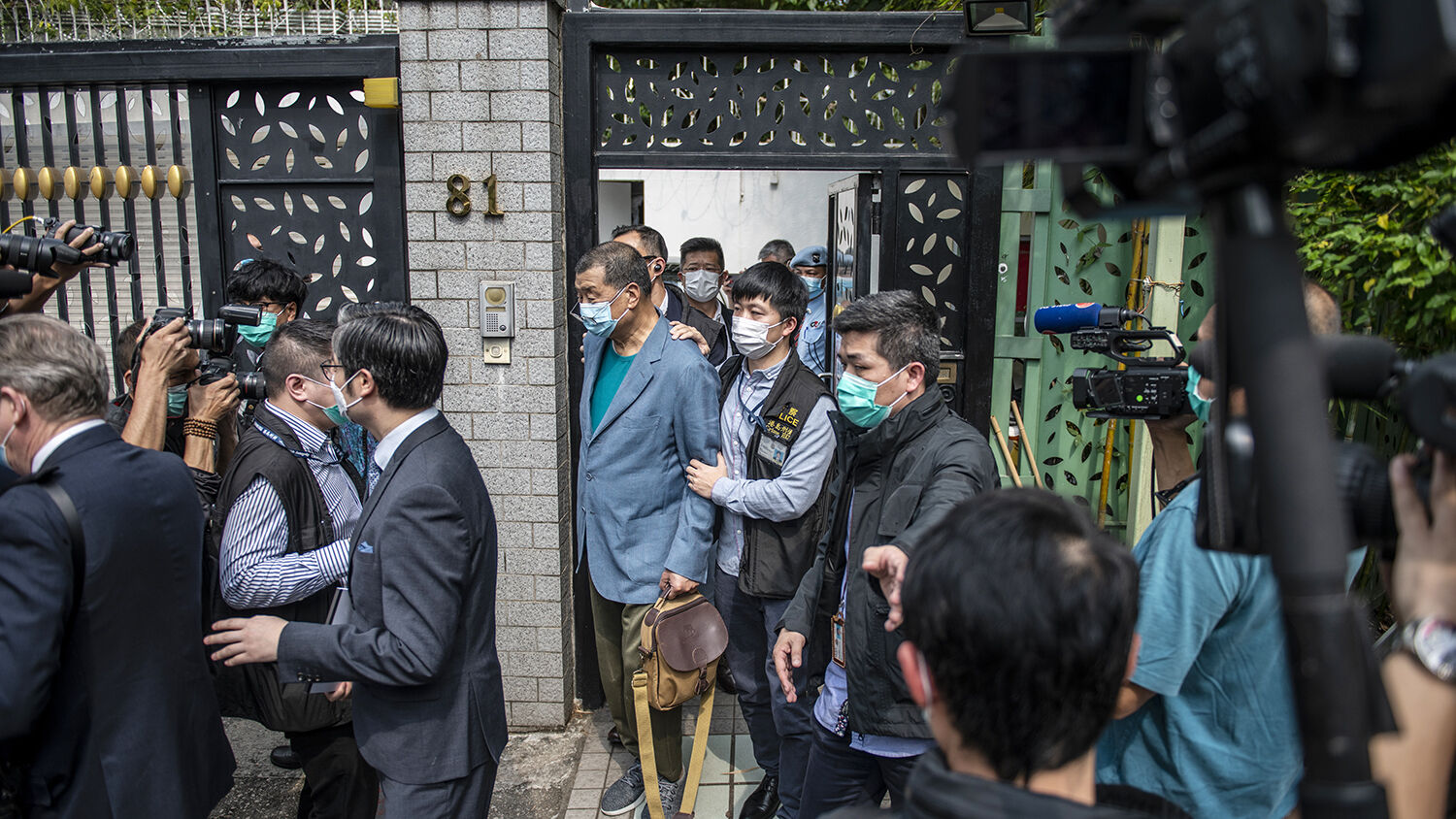 The arrest of pro-democracy activists shows China is acting while the pandemic keeps protesters at home.

Hong Kong police arrested 15 high-profile pro-democracy activists on Saturday, April 18, for their role in last year’s unprecedented, large-scale protests. While most of the activists were released the next day, the timing of the arrests prove that China is determined to take full advantage of coronavirus to quash Hong Kong’s pro-democracy movement.

15 pro-democracy figures were arrested in Hong Kong on Saturday for their roles in last year’s anti-government movement. The US called it a “deeply concerning” move. pic.twitter.com/aDt6e2Zpfn

For the last three months, coronavirus did what the Chinese government couldn’t—stop the Hong Kong protests.

But Hong Kong reported on Monday that it had no new coronavirus cases for the first time in six weeks. A plateau in coronavirus cases would strengthen the probability of a resumption in Hong Kong’s protest movement. And China is determined to make sure that doesn’t happen.

Therefore, China launched a series of intrusions on Hong Kong’s democracy last week to exploit the window of opportunity afforded by coronavirus while it is still open, culminating in Saturday’s arrests.

According to Geopolitical Futures, China is worried about the pro-democracy camp potentially winning a majority in the legislative council elections to be held in September. On Tuesday, April 14, the Hong Kong and Macau Affairs Office (hkmao) and the China Liaison Office in Hong Kong launched an attack against pro-democracy lawmakers, accusing them of “malicious filibustering.”

In two simultaneously issued statements, they accused lawmakers of stalling the election of the chairperson to the legislative council instead of taking actions to safeguard the people of Hong Kong in the face of coronavirus. According to hkmao, this constitutes disqualification of a lawmaker for misbehavior or breach of office. China is effectively trying to get the main candidates disqualified from running in the election.

According to Reuters, Hong Kong judges have been warned by state-controlled mainland press not to absolve protesters arrested during last year’s protests. Communist party officials are arguing that the rule of law must be used to preserve the one-party rule, especially in an increasingly pro-democracy Hong Kong.

These aggressive actions by Beijing continued all week. On Wednesday, April 15, the China Liaison Office (clo) urged the enactment of laws prohibiting any acts of subversion against Beijing. On Friday, it declared that it was not bound by Hong Kong’s Basic Law.

A 2007 legislative document, however, shows that the clo was set up to fall under Hong Kong’s Basic Law.

Throughout last week, China ratcheted up the pressure and its interference became more and more overt. Meanwhile, the rest of the world still grappled with coronavirus.

On Saturday, the 15 pro-democracy politicians, activists and advocates were arrested. Among those arrested was Lee Cheuk Yan, who told the Guardian that in normal times, China’s actions throughout the week, culminating in the arrests on Saturday, would have seen people “pouring out onto the streets in protest.” But with coronavirus still raging, China is “using the chance of the pandemic. This is a golden opportunity for them.”

Although many nations and democracy advocates are up in arms over China’s intensifying overreach, they’re tied up dealing with coronavirus. And quarantined Hong Kongers are unable to take to the streets as they have done in the past.

Coronavirus has presented China with a “golden opportunity,” not only to end Hong Kong’s pro-democracy movement, but to strengthen its grip over Southeast Asia as a whole. Since the pandemic began, China has taken an aggressive stance against Taiwan, Vietnam and other nations in the Asia-Pacific.

China is close to gaining absolute authority in the region. Whether it will happen in the short term remains to be seen. But Bible prophecy indicates that in the long term, China will gain full control of both Hong Kong and the South China Sea.

China has sought greater control over Hong Kong since Britain handed over the former colony in 1997 as a “special administrative region,” which would maintain “a high degree of economic, political and judicial autonomy” for at least 50 years. China’s premature and overt designs to end that autonomy led to the extradition bill, which sparked mass protests last year.

While protests continued and international observers decried China’s actions, its stance never wavered. It sent troops to Hong Kong and enforced violent crackdowns. While the relentless protests finally led to the extradition bill being withdrawn, China’s will remained resolute. Its swift movement in light of and despite coronavirus bears testament to that fact.

This is largely because China values Hong Kong as a “sea gate” from which it can exert control over the South China Sea, a highly valuable trade route through which a third of the world’s maritime commerce flows. China has continued to consolidate the South China Sea amidst the coronavirus crisis. Logic dictates that it would move to secure one of the vital sea gates that grants access to this important route.

China is resolute in the face of protests, demonstrations and coronavirus because it is determined to control the South China Sea. This trade route was once under British and American control, but with the British handover and gradual American retreat, China has increasingly asserted its authority in the region. Hong Kong and the South China Sea are on the cusp of being wholly in the hands of Communist China.

Trumpet editor in chief Gerald Flurry wrote in his article “China Is Steering the World Toward War” that what China is doing in Hong Kong and the Asia-Pacific will dramatically affect the entire world. In 2016, he wrote, “Since before the Korean War, China has had a strategy to establish a security buffer extending far from its coast and engulfing the entire South China Sea. Its current military buildup in the [region] is bringing China closer to realizing this strategy. … Whoever controls these vital sea gates controls one third of the world’s maritime commerce.”

The decline in Anglo-American power and the corresponding rise of China signals the arrival of what Jesus Christ called “the times of the Gentiles” (Luke 21:24). The Gentiles are non-Israelite peoples. Israel in end-time prophecy refers mainly to the United States and Britain. Prophecy indicates that as the modern-Israelite nations decline, Gentile nations, such as China, will become the dominant world powers.

China is showing that it won’t allow even a global pandemic, which originated within its own borders, to stop its ascension. In the times of the Gentiles, China’s determination will only grow.

To fully understand what is happening in Hong Kong, read our article “Hong Kong—the End of Freedom Begins” and request your free copy of our booklet Russia and China in Prophecy.