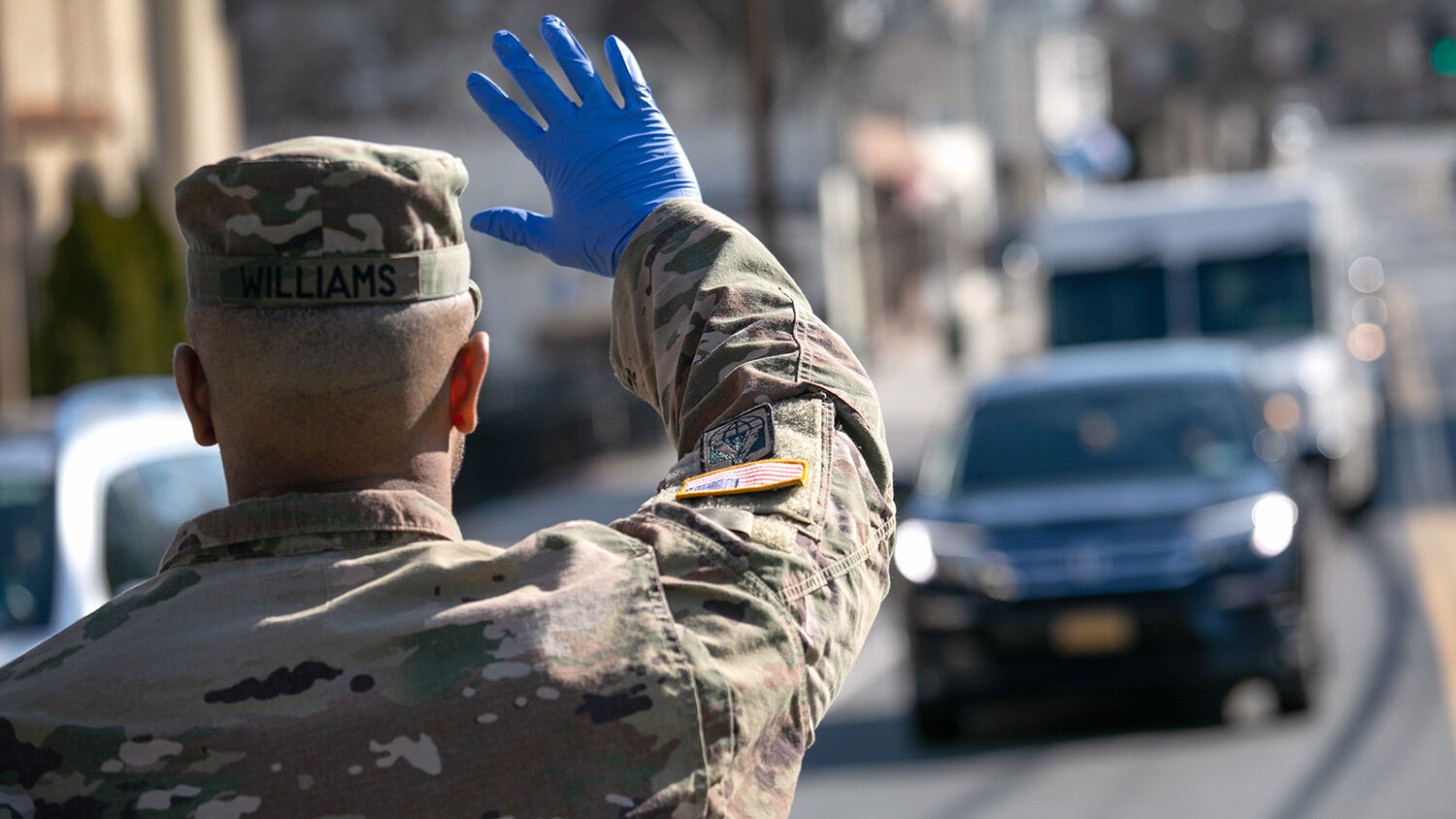 A little-known Obama administration directive gives the military authority to seize control of the nation in an ‘emergency circumstance.’

More than 16,000 United States National Guard members have been deployed across 50 states to help with the coronavirus pandemic by distributing food, running screening facilities, and disinfecting public places. The governors of at least 22 states have approved the use of dual-status commanders to coordinate this response. These commanders report to both the state governor and the command structure of the U.S. military.

“This response isn’t just about delivering food or supporting covid test centers. It’s about protecting our children, parents and grandparents,” Gen. Joseph Lengyel told the Military Times. “Our nation is looking to the National Guard to help, and we can’t let them down.”

Such military response to a domestic problem has never before been activated on a nationwide scale. On March 31, Defense Secretary Mark Esper announced that states have the option of using the National Guard to enforce stay-at-home orders during the coronavirus pandemic. The National Guard in Rhode Island has already been going door to door to enforce state-imposed quarantine orders.

EXCLUSIVE: On tonight’s @CBSEveningNews, Secretary of Defense Mark Esper told us that bringing in the National Guard to help enforce stay-at-home orders “would be an option” for state governors pic.twitter.com/8VjdKiiHNq

These moves are moving America dangerously close to martial law.

The National Guard is a reserve force comprised of citizen-soldiers from each state and territory. It is similar to the state militias of the Founding Fathers’ time. Governors have the right to call up the National Guard to deal with emergencies like coronavirus. But the Insurrection Act of 1807 says the U.S. military cannot be used in civilian law enforcement except by presidential authorization in the advent of an insurrection or invasion. And Article iv of the U.S. Constitution bars the military from intervening in state affairs unless the governor requests help because violence threatens its republican form of government.

Using the National Guard to enforce lockdowns during a bad flu season is a violation of the First Amendment right to peaceably assemble. The flu is not a threat to the American “Republican form of government,” and having dual-status commanders enforce such lockdowns is dangerously close to a military takeover of civilian law enforcement.

Shortly after Barack Obama was elected to a second presidential term, his Department of Defense issued a directive that unilaterally amended the Insurrection Act of 1807. This directive did not get much media attention, but it states that federal military commanders can use force to put down unexpected civil disturbances in cases where prior authorization by the president is deemed impossible. When this order was issued, it did not make sense why President Obama would allow this power to be delegated out of his hands. But now that a Republican is president, it appears as if the directive was laying the groundwork for a Department of Defense takeover of America in an “emergency circumstance.”

Democratic presidential candidate Joe Biden said that if he were president, he would enact wartime measures by mobilizing military forces to deal with the crisis. That is a telling statement. It can certainly be argued that the Trump administration has already exceeded its constitutional authority by allowing dual-status National Guard commanders to enforce state-imposed quarantine orders. But Biden has urged President Trump to use the “full force of federal authority in the fight against the coronavirus” and said that he would “call out the military” if he were president. Do Democrats really want to live in a nation where the president and his top generals can send federal troops into the streets to force people to stay indoors whenever there is a bad flu season?

In his article “America Has Been ‘Fundamentally Transformed,’” Trumpet editor in chief Gerald Flurry explained how a prophecy in 2 Kings 14:26-27 shows that God has used President Trump to save America from being completely destroyed—blotted out from under heaven. That statement may sound extreme to those who have not been paying attention to what was going on behind the scenes during the Obama administration. But if Hillary Clinton had been elected, she would have inherited the power to use the National Security Agency to spy on every American citizen, to use the Central Intelligence Agency to rig elections, and to use the Defense Department to impose martial law using the flu as a pretext.

The only reason this did not happen is that God showed mercy on the nation and raised up a flawed human leader to expose what was happening behind the scenes. But the danger has not passed. If the “deep state” can find a way to incapacitate President Trump and stir up civil unrest, they can invoke the Department of Defense Instruction No. 3025.21 and attempt to seize control of the nation in a violent coup.

Only God has the power to protect America. That is why people must take advantage of this nation’s temporary resurgence to pray, fast, study their Bibles, and turn to God in heartfelt repentance. Only repentance by the people can prevent the sickness in America’s government from escalating into full-scale revolution and war.

You can learn about the spiritual cause of the corruption inside the federal government in Mr. Flurry’s editorial “America Has Been ‘Fundamentally Transformed’” and in his free booklet America Under Attack.