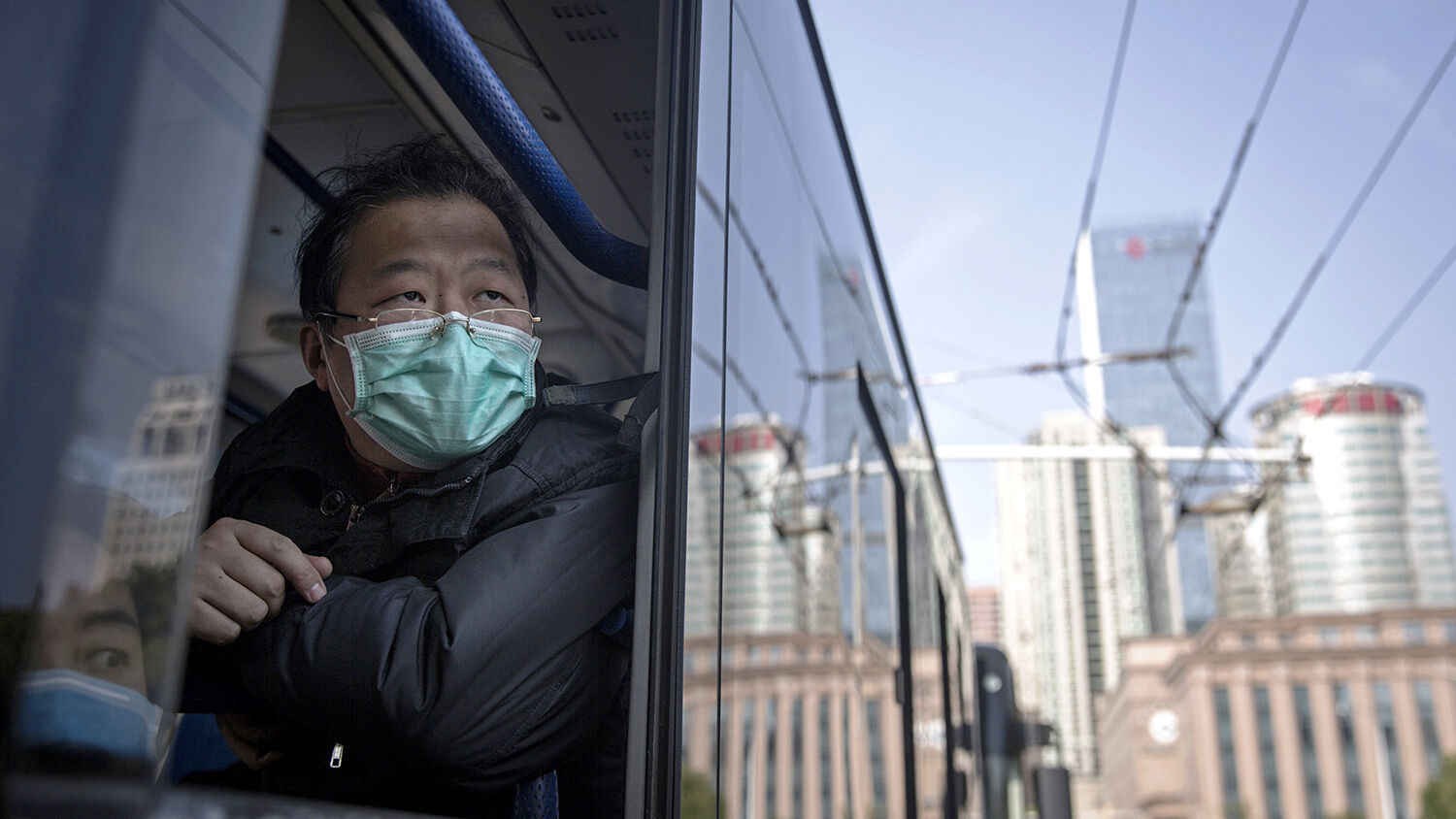 The Chinese Communist Party’s corruption and negligence throughout the crisis offers a preview of the kind of rule that will soon go global.

As the rest of the world wages war on covid-19 and on their own economies, the Chinese Communist Party (ccp) is waging an increasingly heated propaganda war to deflect blame for the outbreak.

Government spokespeople are on the front lines of the conflict, hurling accusations of racism at any who dare to emphasize the disease’s Chinese origins. Behind them are Chinese state media, lauding the Communist Party’s “effective and responsible governance” in handling the coronavirus. And overseeing it all are high-ranking Communist Party members, some of whom have gone so far as to blame the United States for bringing the coronavirus into Wuhan, the Chinese city where it originated.

Meanwhile, some in the Western world are acting as reinforcements for this Chinese campaign, parroting much of the propaganda and heaping praise on Chinese President Xi Jinping and the rest of the ccp.

In recent weeks, both the Chinese Communist Party and its state-run media organ Xinhua have repeatedly blasted leaders in the U.S. and elsewhere as “racists” for calling the illness the “Wuhan” or “Chinese” coronavirus.

Racism is not the right tool to cover your own incompetence pic.twitter.com/LmGDyPsULt

Are these accusations valid?

First, coming from a regime that has imprisoned over a million of its ethnic minorities in “reeducation camps” where it tortures them until they abandon their Muslim culture in favor of “superior” mainstream Han Chinese culture, this weaponization of wokeness is nauseatingly hypocritical.

That aside, calling the virus after China or Wuhan is only an acknowledgement of its undisputed geographic origin.

Here in the U.S., no reasonable person feels attacked by hearing a mention of “Rocky Mountain spotted fever” or of the other tick-borne illness named after an outbreak in Lyme, Connecticut. And Europeans don’t generally raise the racism canard over the “Spanish flu,” the “German measles,” or “Stockholm syndrome.” Nor do Middle Easterners bristle over talk of the eponymous mers (Middle East respiratory syndrome). I can’t even recall hearing those who dwell along the banks of the Ebola River in the Democratic Republic of Congo chafe at the name of the terrible disease that originated near there.

Perhaps most telling is that before the ccp began its propaganda war, the Chinese media themselves—including Xinhua and the Global Times—were routinely calling the novel disease by the city where it originated. This exposes the emptiness of their racist accusations.

Xinhua & Global Times called it “Wuhan virus” early on. That’s no longer convenient for the CCP as it seeks to wrest control of the narrative, so last week the foreign ministry called Pompeo’s use of the phrase “Wuhan coronavirus” a “despicable practice” https://t.co/teRiViYoj2 pic.twitter.com/i1w6BiIydN

What about the accolades for the Chinese Communist Party’s handling of the outbreak? We now understand that in December of last year, the ccp began receiving warnings from medical authorities about a new influenza-like illness, resistant to common flu medications, that was emerging in Wuhan.

Rather than heed the multiplying portents and take measures to contain the virus in those early days, ccp officials tried to ignore and cover it up. They detained journalists who covered the story, arrested citizens who posted about it online, and arrested doctors and strong-armed them into retracting warnings they had issued. The Communist Party destroyed lab samples. And some critics of their handling of the outbreak—including a property tycoon, a prominent blogger and the head of Emergency at Wuhan Central Hospital—simply disappeared.

Just two weeks ago the head of Emergency at Wuhan Central hospital went public, saying authorities had stopped her and her colleagues from warning the world. She has now disappeared, her whereabouts unknown. #60Mins pic.twitter.com/3Jt2qbLKUb

It was only in late January—after seven weeks had passed and after some 7 million potentially infected people had left Wuhan for other parts of the world—that the ccp began taking quarantine measures and alerting the world of the outbreak.

We know from the coronavirus’s spread in the U.S. and European nations how much can change in just one week—let alone seven.

A study released on March 11 by the University of South Hampton calculated that if ccp officials had taken action even just three weeks before they did, the pathogen’s geographic proliferation would have been considerably smaller. And 95 percent of infections would have been prevented.

China’s state-run media outlet Xinhua recently lauded the “precious time that China has bought the world” with its management of the coronavirus.

But the facts show just the opposite.

The ccp tried to save face instead of save lives. It prioritized its own survival above that of the Chinese people or the other peoples of the world, and as such it is culpable for the virus’s global spread. The facts show that it was the ccp’s dishonesty and ineptitude that unleashed this pathogen that has killed tens of thousands of people and that began pushing the world economy into recession.

Its self-serving and duplicitous governance throughout the crisis deserves only reproach.

Just as appalling as the Chinese Communist Party’s culpability for the outbreak and its subsequent propaganda war is the World Health Organization’s (who) complicity in both.

From the outset, the who, an agency of the United Nations, has praised China’s management of the disease, parroting Beijing’s narratives and turning a blind eye to the ccp’s lies and ineptitude.

In mid-January, the organization reassured the world about Chinese studies showing no evidence of person-to-person coronavirus transmission. In February, it joined China in criticizing nations, such as the U.S., that imposed travel restrictions on China. Such restrictions “unnecessarily interfere with international travel and trade,” who Director General Tedros Adhanom Ghebreyesus said. “Such restrictions can have the effect of increasing fear and stigma, with little public health benefit.”

Had the World Health Organization spent less time kowtowing to China and sermonizing to the world about not referring to the disease’s “Chinese origins,” and more time encouraging the kinds of measures that help contain the disease, many lives could have been saved and much economic hardship avoided.

Instead, the who served one of the world’s most powerful, deplorable and self-serving authoritarian regimes on the planet. And it is the type of regime that Bible prophecy warns will soon dominate the world.

During His ministry on Earth, Jesus Christ spoke of a worldwide era that would begin shortly before His return. He called this epoch “the times of the Gentiles” (Luke 21:24).

He explained that the term Gentile describes “non-Israelite peoples.” The term Israel “refers to a lot more than just the little nation in the Middle East,” he wrote, explaining that in end-time prophecy, it mainly refers to modern-day America and Britain. (For a thorough and illuminating explanation, order your free copy of The United States and Britain in Prophecy, by Herbert W. Armstrong.)

For decades, American and British leadership upheld the rule of law and thereby stabilized much of the world and advanced civilization. But during the times of the Gentiles, the rule of law will be despised, and the reins of world power will be taken up by dictators that rule two groups of non-Israelite nations. “While there are many Gentile nations around today,” he wrote, “when this prophecy is completely fulfilled there will be two major powers—one revolving around Russia and China, and the other around Germany.”

The Chinese Communist Party’s negligent and self-serving handling of the coronavirus outbreak and its ludicrous propaganda war in the aftermath are only the beginning. It provides a small preview of how tumultuous the times of the Gentiles will be.

As Mr. Flurry wrote, we are presently only in the outer edges of this new era. But soon these times will be fully realized and the kind of barbarity suffered by doctors and other whistleblowers in Wuhan will be common worldwide. It will surely be a “catastrophic storm.”

In His forecast about the tempestuous days ahead, Christ said “men’s hearts” will be “failing them for fear” (Luke 21:26). But in the next verse, He promises that the storm will break and give way to a stunning radiance: “And then shall they see the Son of man coming in a cloud with power and great glory” (verse 27). These times of the Gentiles, the stormy edges of which the world is already in, transition straight into Jesus Christ’s return!

He promises to end the age of self-serving tyrants and dictators. He will “save the children of the needy, and shall break in pieces the oppressor” (Psalm 72:4).

Christ will end the age of mankind’s tempestuous rule and bring in a new age of perfect, peaceful, loving governance.