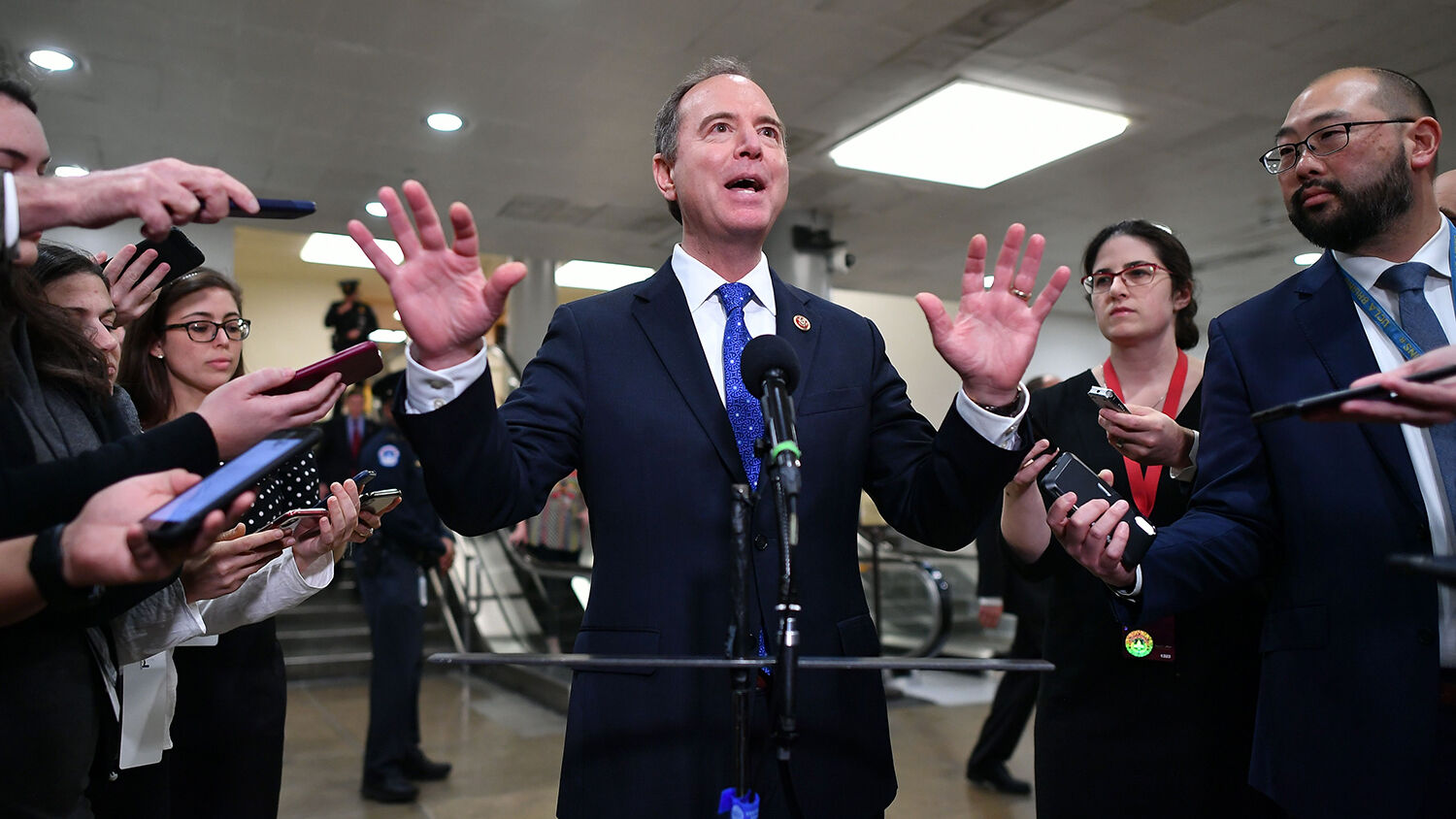 Refusing to respect the results of an election is a threat to democracy.

Lead impeachment manager Rep. Adam Schiff’s opening statement at the Senate impeachment trial focused on a simple concept: President Donald Trump attempted to cheat in this year’s election, just like he cheated in 2016 presidential election. The California Democrat mentioned Russia and election hacking at least 15 times in his comments on Wednesday, and insisted that Mr. Trump must be removed from office because the integrity of the 2020 election could not be assured if he was allowed to run again.

“A president this unapologetic, this lawless, this unbound to the Constitution and the oath of office,” said Representative Schiff, “must be removed from that office lest he continue to use the vast presidential powers at his disposal to seek advantage in the next election.”

“The misconduct set out in those articles is the most serious ever charged against a president.” - @RepAdamSchiff begins the Senate trial in the impeachment of Donald J. Trump pic.twitter.com/j53Kchw6ib

As an impeachment manager, Schiff has been tasked with convincing two thirds of the Senate that President Trump needs to be removed from office because: 1) he abused his power by pressuring the president of Ukraine to investigate the son of political rival Joe Biden, and 2) he obstructed the efforts of Congress to investigate his actions. Since only 45 senators are Democrats, however, that means Schiff is going to have to convince all of these Democrats plus a couple dozen Republican senators that Mr. Trump is guilty of a high crime, if he is going to get the 67 votes it takes to remove a president from office.

Since his impeachment articles are weak, Schiff is claiming that the Ukraine story is part of a bigger Russian collusion narrative. Yet former Federal Bureau of Investigation director Robert Mueller led a 22-month investigation into alleged Russian interference in the 2016 presidential campaign and found zero evidence of collusion between Russia and the Trump campaign. The Russian collusion narrative is as unsubstantiated as the Ukraine hoax.

Schiff must know that the way to convince two dozen Republican senators to vote to remove President Trump from office is not to repeat debunked Russian collection conspiracies. Yet he has been dogmatically claiming for about three years now that there is “more than circumstantial evidence” that Mr. Trump illegally cooperated with the Russian government to rig the 2016 election. And one Reuters-Ipsos opinion poll indicates that as many as 48 percent of Americans believe him.

When Schiff talks about election hacking at the Senate, he is not really talking to senators. He is talking to reporters who will take his message to the American people.

The endgame of impeachment is no longer to remove President Trump from office before the end of his first term. Almost everyone knows that is not going to happen. The endgame is to tarnish the president’s reputation to the point where he can no longer lead the nation.

Politically, it does not matter if Schiff and his allies have proof that President Trump committed a crime. If they can convince enough people that he is guilty, they can either cause Mr. Trump to lose the 2020 election or handicap him during his second term.

The Merriam-Webster definition of slander is “the utterance of false charges or misrepresentations, which defame and damage another’s reputation.” To say there is “more than circumstantial evidence” that President Trump colluded with the Russian government is slander. Neither Mueller’s Special Counsel investigation nor the House Intelligence Committee has been able to produce such evidence. Yet politicians keep making such claims in a deliberate attempt to undermine the president.

At the Federalist Society’s 2019 National Lawyers Convention, Attorney General William Barr accused Democrats of “waging a scorched-earth, no-holds-barred war of resistance” against President Trump designed to “sabotage the functioning of the executive branch.” And the consequences of this “no-holds-barred” smear campaign could be dire.

Representative Schiff knows that the Senate is unlikely to remove President Trump from office, and he knows that Mr. Trump may win the 2020 election. Yet without evidence, he is telling people that Mr. Trump cheated in the 2016 election and is planning to cheat again.

Perhaps he should consider the warning issued by Hillary Clinton at a 2016 rally at the University of North Carolina: “To say you won’t respect the results of the election, that is a direct threat to our democracy. We’ve been around 240 years. We’ve had free and fair elections and we’ve accepted the outcomes when we may not have liked them and that is what must be expected of anyone standing on a debate stage during a general election.”

If politicians pushing for impeachment can convince millions of Americans that President Trump is an illegitimate leader, many of these people may feel justified to rebel against the Trump administration. When people lose faith in the system, they will seek to tear it down.

Perhaps Schiff’s rhetoric is merely a vote-getting play, but such talk is boiling over into #NotMyPresident protests. The Bible reveals that such protesting will get more violent.

In The United States and Britain in Prophecy, the late Herbert W. Armstrong explained how modern Britain and America descended from ancient Israel. The Bible records that in the time just before Jesus Christ’s return, sinful behavior among Americans would lead to a violent revolution so devastating that no one will want to lead or rule.

“And I will give children to be their princes, and babes shall rule over them. And the people shall be oppressed, every one by another, and every one by his neighbour: the child shall behave himself proudly against the ancient, and the base against the honourable. When a man shall take hold of his brother of the house of his father, saying, Thou hast clothing, be thou our ruler, and let this ruin be under thy hand: In that day shall he swear, saying, I will not be an healer; for in my house is neither bread nor clothing: make me not a ruler of the people. For Jerusalem is ruined, and Judah is fallen: because their tongue and their doings are against the Lord, to provoke the eyes of his glory” (Isaiah 3:4-8). This passage describes a time in America when everyone is oppressed by their neighbor and youth rebel. This prophecy is fulfilled after America has been economically besieged by hostile nations—it will be hard to find either food or clothing, and no one will be want to be the president of this destitute nation.

The reason for this destruction is that the words and deeds of the people are against God.

The temporary revival America is experiencing right now is a last chance for the nation to repent of the sins that have allowed so much corruption to seep into the nation’s government. But this window of time will not stay open long. To understand what God wants Americans to learn from the impeachment hearings dominating the news cycle, please read “America Has Been ‘Fundamentally Transformed’” by Trumpet editor in chief Gerald Flurry.