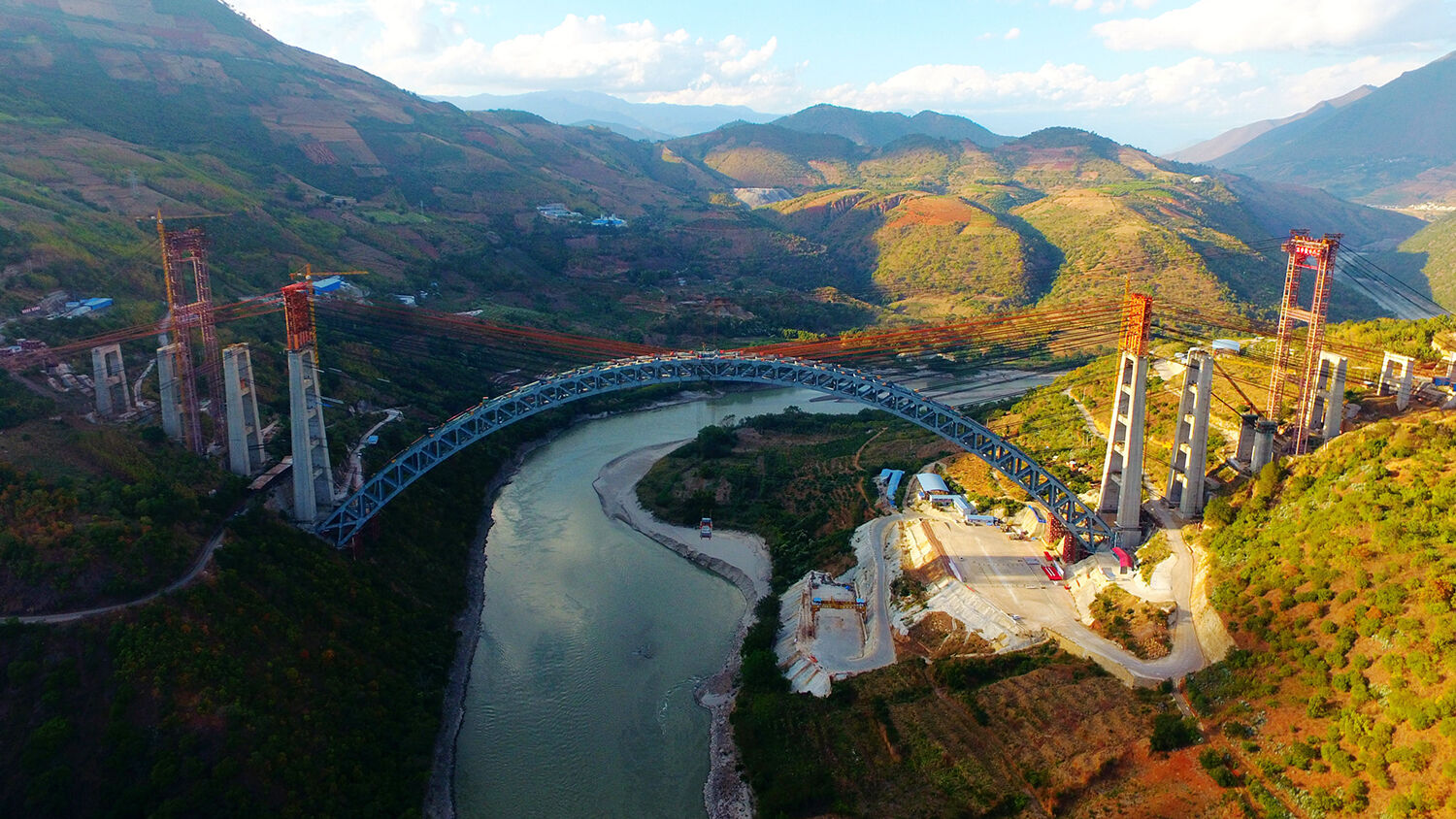 Aerial photo taken on Dec. 9, 2018, shows the railway arch bridge across the Nujiang River in southwest China’s Yunnan province. The bridge is a key project of the 220 kilometer-long Dali-Ruili railway, which is a key section of the China-Myanmar international railway corridor.
Xinhua/Xinhua via Getty Images

The development takes on great significance when viewed through the lens of Bible prophecy.

The flags of China and Myanmar waved side by side along the roads of Myanmar’s capital city over the weekend, as Chinese Paramount Leader Xi Jinping visited the Buddhist-majority nation to draw it more tightly into China’s orbit.

“Let us work hand in hand to build an even closer China-Myanmar community with a shared future and write a new chapter for our millennia-old ‘pauk-phaw’ friendship,” Xi wrote in Myanmar’s Myanma Alinn Daily on the eve of his trip, using a phrase meaning “fraternal” in the Burmese language.

With billboards, banners, fanfare and flags, the government of #Myanmar is welcoming #XiJinping , President of the People’s Republic of #China, for a 2-day state visit beginning #today ! pic.twitter.com/skoBphOVj0

Xi’s “hand in hand” work with Myanmar’s leadership over the following two days resulted in the signing of 33 agreements that will accelerate construction of infrastructure projects related to China’s Belt and Road Initiative. This is the project China brands as a 21st-century version of the ancient Silk Road, to facilitate trade across Asia, the Middle East, Africa and Europe. The most notable Myanmar-based bri projects are a railway running from China to Kyaukpyu on Myanmar’s west coast, and a full-scale operational deep-sea port there.

China’s plan to build bri-related projects in Myanmar has been in the works since 2009, but stalled in the mid-2010s after Myanmar began fearing that the ventures would give Beijing perilous levels of power over the country.

More recently, however, Myanmar’s government came under heavy international criticism for its 2017–2018 military operations against the nation’s Rohingya Muslim minority, which killed as many as 10,000 and drove more than 700,000 out of the country. When it seemed the whole world was against Myanmar for the genocidal campaign, China refused to condemn the move. This Chinese decision shielded Myanmar from punishment by the United Nations Security Council, prompting the nation to reconsider China’s bri projects. This opened the door for Xi’s landmark visit.

The railway from China to Kyaukpyu, Myanmar, is of immense strategic value to the Chinese because it will safeguard against one of China’s greatest fears: a potential United States naval blockade in the South China Sea. Without Kyaukpyu and the “back door” to the Indian Ocean that it will grant China, such a blockade would pose an existential threat to China. But now, this bri branch will give China an alternative route through which it can import the Middle Eastern energy that fuels its economy and export its finished goods to Europe and other regions.

The Diplomat noted the importance of this aspect of Xi’s visit, writing: “The handshakes with Xi in Naypyitaw [Myanmar’s capital] may not only impact the political economy of Myanmar for the upcoming decades but also herald the beginning of a new chapter for the geopolitical landscape of the Indian Ocean.”

The “new chapter” that China is opening with the Belt and Road Initiative, and the way it increasingly links Asia and Europe, is deeply significant in the context of Bible prophecy. Isaiah 23 discusses a vast trade bloc that will be formed in the modern day called a “mart of nations.” Leading the bloc will be a nation Isaiah refers to as Chittim, an ancient name for modern-day China. Also in a lead role will be Tyre, a city representing the commercial heart of modern Europe.

Isaiah 23 and Ezekiel 27 show that these two economic powers, along with Japan, Russia and others, will come to control global commerce for a brief time. Deuteronomy 28:52 makes plain that this trade partnership will operate to the detriment America and some of its allies.

Instead, it is evident that Asian powers, such as China, will assist the Europeans in carrying out the attack. “This is why Isaiah’s prophecy of an end-time ‘mart of nations’ that includes both European and Asian powers is so intriguing,” he writes. “And why the trend of collusion between these two great economic blocs is worth watching.”

In the near term, China’s deepening ties with Myanmar and other nations in the bri’s path point to a bleak future for America and its allies. But Bible prophecy goes on to say that after this economic siege and the fall of the U.S. and Britain, a new chapter will begin: the most hope-filled one in the annals of human history.

Christ will return to Earth, bringing a decisive end to mankind’s self-destruction and ushering in an age of peace and prosperity for the peoples of China, Myanmar, the U.S. and all the world. “Thank God,” Mr. Flurry writes, “there is great news beyond the bad news.”

To learn more about these Bible prophecies, how they will affect your life, and the hope that is at their core, order your free copy of Isaiah’s End-Time Vision.