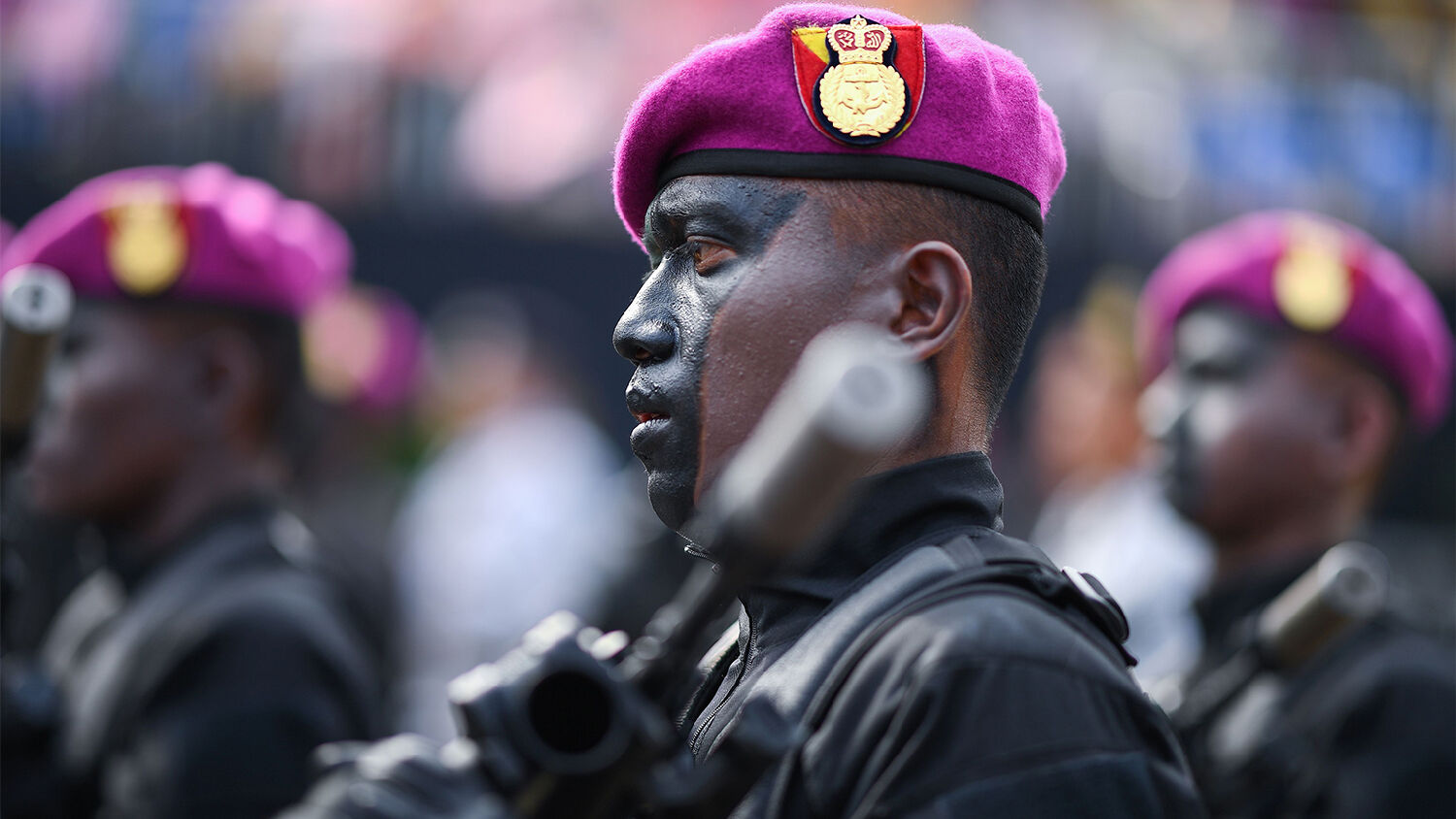 China is gaining more power over one of the world’s most important maritime choke points.

Malaysia commissioned its first Chinese-built Keris-class ship on January 6, in the latest sign of China’s tightening grip on a nation that boosts Beijing’s control over one of the world’s most important maritime choke points: the Strait of Malacca.

The vessel, delivered to Malaysia on December 31, is officially categorized as a Littoral Mission Ship. But due to its cutting-edge armaments and capacity to carry attack helicopters, Radio Free Asia calls this designation a “euphemism.” In actual practice, the Keris-class is not a patrol vessel but a warship.

.@tldm_rasmi’s first new-class large patrol craft to be based at @MPA_Timur near #KotaKinabalu was officially commissioned into service and named as KD Keris in a ceremony in Shanghai, China on Monday.

The ship is the first of four Keris-class vessels Malaysia will receive from China in the coming months as part of a contract worth $256 million. The Royal Malaysian Navy wrote that the handover of the first ship marks a milestone for military ties between the two nations since it is “the first capital defense asset acquired from China” by Malaysia.

The warship deal follows an equally momentous decision by Malaysia in April to let China restart construction of a vital section of its Belt and Road Initiative (bri) through the country.

The goal of China’s bri is to rebuild the ancient Silk Road network of routes that facilitated the flow of trade and ideas across Asia, Europe, the Middle East and Africa. China is loaning nations in those regions billions of dollars’ worth of capital to build ports, roads, rail networks, bridges and energy pipelines. In many cases, the Chinese take charge of the projects’ construction and operations—all in a bid to give China dominance over world trade.

Shortly after coming to power in 2018, Malaysian Prime Minister Mahathir Mohamad canceled his predecessor’s plan to let China build a bri-branded railway through Malaysia. But after renegotiating the terms of the agreement in April, Mohamad announced that the project was back on. The East Coast Rail Link starts on the northern coast of Peninsular Malaysia, where the Gulf of Thailand meets the South China Sea, and runs 400 miles down to Port Klang, on the southern coast, which is one of the main ports controlling passage through the Strait of Malacca.

With more than 90 percent of all crude oil flowing through the South China Sea passing through Malacca, the strait is regarded as the world’s second-most important shipping choke point, surpassed only by the Strait of Hormuz. And as China continues to deepen its ties with Malaysia, it is increasingly positioned to assert control over Malacca. This translates into bolstering China’s ability to dictate who can enter and exit the South China Sea.

“The South China Sea functions as the throat of the Western Pacific and Indian oceans,” writes Stratfor’s Robert D. Kaplan in his book Asia’s Cauldron. It is “the mass of connective economic tissue where global sea routes coalesce” and the “region that will dominate the future of geopolitical conflict.” The Sydney Morning Herald recently called the South China Sea “the world’s most valuable commercial artery.”

Trumpet editor in Chief Gerald Flurry has said China’s increasing control over the South China Sea “should alarm the world” because it means “China is steering the world toward war.”

He covered this topic in the Trumpet’s July 2016 issue, explaining that China’s tightening grip on this oceanic region is working toward the fulfillment of a specific Bible prophecy about America and Britain. The prophecy, recorded in Deuteronomy 28:52, says that as punishment for the U.S.’s and Britain’s rejection of God, He will cause them to lose control over sea “gates” that He had previously placed under their control.

For many decades, the Strait of Malacca was one of dozens of the world’s most important sea gates that were controlled by Great Britain. And then the baton was passed to the United States, which by virtue of its long uncontested naval power exerted a de facto control to ensure that such passages remained open to global traffic. But in recent decades, Britain and the U.S. have been losing control of the gates, one by one. And now, by forming defense ties with Malaysia and building the bri through the country, China is moving in and tightening its grip on the Strait of Malacca and the South China Sea.

Mr. Flurry wrote that China’s increasing control over the South China Sea is one of many areas where we can see this prophecy in Deuteronomy 28:52 “moving toward its fulfillment.” And he explained that it is leading to a time when China and its allies will be able to block the U.S. and Britain out of world trade.

To understand more about China’s rise, what it means for America and Britain, and why these developments mean “everything is headed in the direction of war,” read Mr. Flurry’s article “China Is Steering the World Toward War.”