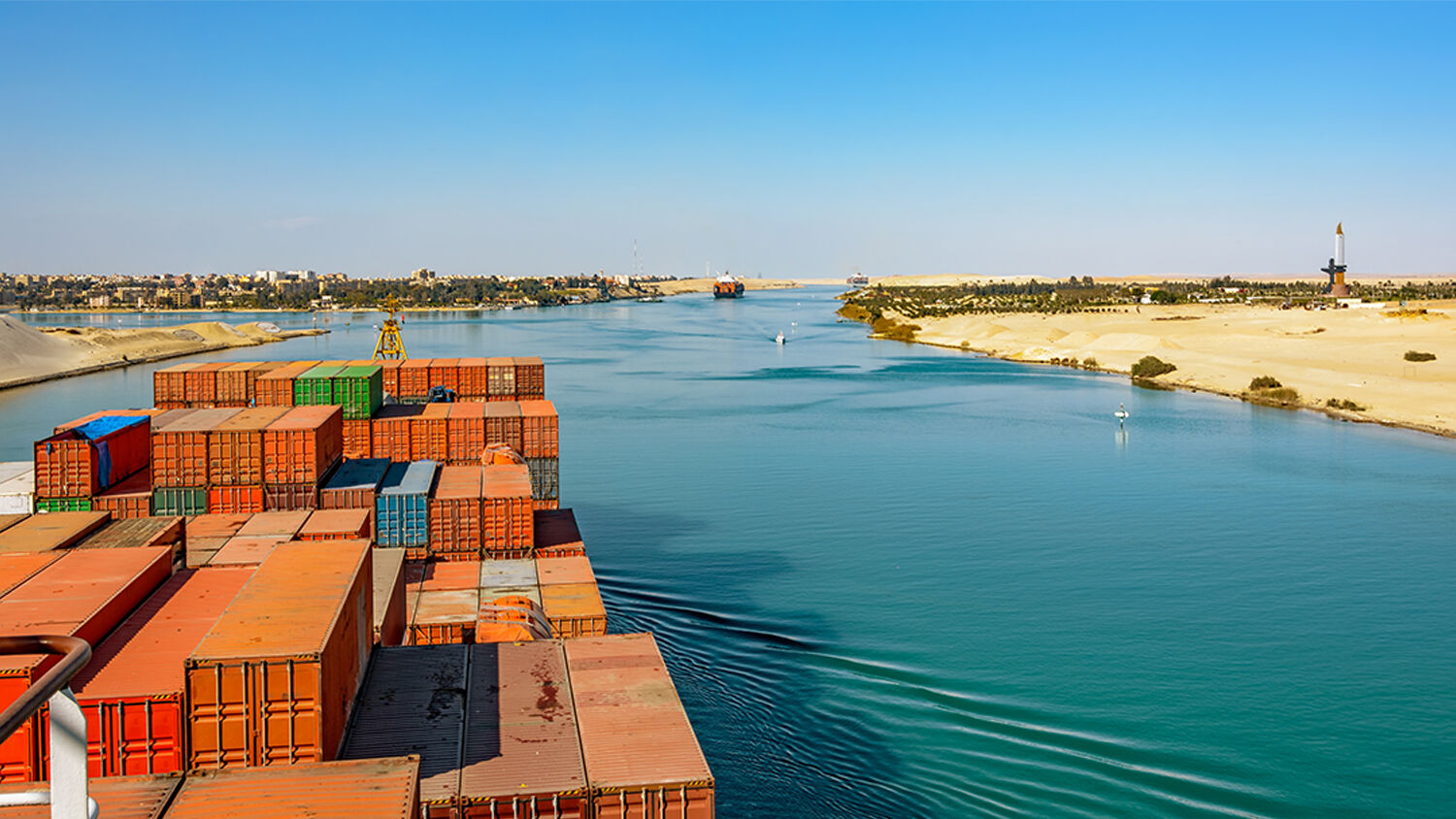 An industrial container ship passes through the Suez Canal.
iStock.com/IgorSPb

Why do we write about maritime passages so much? They seem to be distant, obscure and confusing.

Why does it matter who owns the Paracel Islands? How could the Hambantota Port affect my life? The Israelites may have crossed the Red Sea, but why does it need to cross my mind?

A lot of world news subjects seem remote and uninteresting. Yet they still affect our lives in very direct ways. The same can be said about sea gates.

Look at the objects in the room around you. How many of them got to you by ship?

Almost all of them.

Ninety percent of the world’s trade travels by the ocean. In the United Kingdom, 95 percent of the products we use came from overseas, according to the Maritime Foundation.

Even the products you own that were manufactured in your country almost always use raw materials or equipment that relied on maritime commerce.

The electronic device you are reading this on, the clothes you are wearing, the coffee mug on your desk, perhaps even the desk itself—these things would be much more expensive or perhaps completely unavailable without shipping.

Shipping doesn’t just provide a good selection of desks. It provides literal lifelines. Most of our food in the UK comes from overseas. Oceangoing tankers carry 60 percent of the world’s oil.

And most of that trade travels through narrow waterways that the Trumpet often refers to as sea gates.

You see the picture. Our everyday lives depend on a constant flow of materials and goods from overseas. This trade in turn depends on a series of sea gates. Close these gates using warships, warplanes, mines, shipwrecks or other means, and the oil market will panic, global economic chaos will result, and the UK will very quickly begin to starve.

But there are more important reasons to care about sea gates.

The Western world doesn’t just rely on oceangoing trade to exist—it also relies on it being prompt. Modern economic practices emphasize efficiency, which minimizes spare capacity and allowance for delay. Here in the UK, most supermarkets stock only enough fresh food for 24 hours. Concerns about trade being disrupted next year by Britain’s exit from the European Union are prompting plans for the British Army to help distribute food.

“Disruptions to global supply chains are, in fact, more devastating than a traditional military attack,” wrote Elisabeth Braw last week in Foreign Policy. She warned that even a cyberattack on a port or shipping facility could be deadly. “An adversary could bring a country to its knees without dispatching a single soldier,” she wrote.

It’s easy to forget about or ignore sea gates, but these chokepoints affect our lives.

The same goes for just about all international relations. It seems distant and academic, until it’s all too real. The reality is, these relations affect our lives every day—we just don’t realize it.

The next semester of my international relations class begins tomorrow. I like showing my students the start of this video from Geopolitical Futures founder George Friedman. It brings home how war, which seems so remote, is far closer to us than we realize.

That’s a bit of a bleak reason to take an interest in sea gates. But there is a more important and more positive one.

The issue of control over crucial sea gates appears in the Bible. Studying into this subject helps you prove the relevance of your Bible to world news and to your life today.

In Genesis 22:16-18, God told Abraham that He would multiply his descendents “as the stars of the heaven, and as the sand which is upon the sea shore.” These descendants, He said, would “possess the gate of his enemies.” Rebekah, Abraham’s daughter-in-law, was told “be thou the mother of thousands of millions, and let thy seed possess the gate of those which hate them” (Genesis 24:60). What, in the context of “thousands of millions” of people, could the Bible be talking about? What gates affect millions of people? What is the closest thing international relations has to a gate?

This has to be talking about sea gates.

The Bible says that one people would dominate the world’s maritime passages.

This is exactly what we saw happen. The British Empire ruled the waves with its navy by controlling these gates: the Strait of Gibraltar, the Suez Canal, Sri Lanka, Singapore and numerous ports like Hong Kong. The United States controlled the Gulf of Mexico, built the Panama Canal, and sent its navy and other military forces around the world, stationed in hundreds of overseas bases, often near key choke points.

But the Bible also prophesies that Britain and America will lose these gates. In Deuteronomy 28:52, God tells the recipients of these blessings that if they fall away, they will be besieged “in all your gates.” The gates they once owned will be slammed shut.

Britain has already given up nearly all of its gates. The U.S. has given up the Panama Canal, and it is watching its grip slipping around the world—as other nations win control of these gates.

That’s a sobering forecast, once you realize how vital these gates are. But at the same time, this understanding makes the Bible come alive as you watch world news.

Watching sea gates helps show that the Bible is a now book. It describes the world we live in, and it discusses real-world problems. It shows that the bad news we see around us is just part of a positive and inspiring plan.

You can learn more about this plan in our free book The United States and Britain in Prophecy, by Herbert W. Armstrong. As he wrote, this book contains “the strongest proof of the very active existence of the living Creator.”