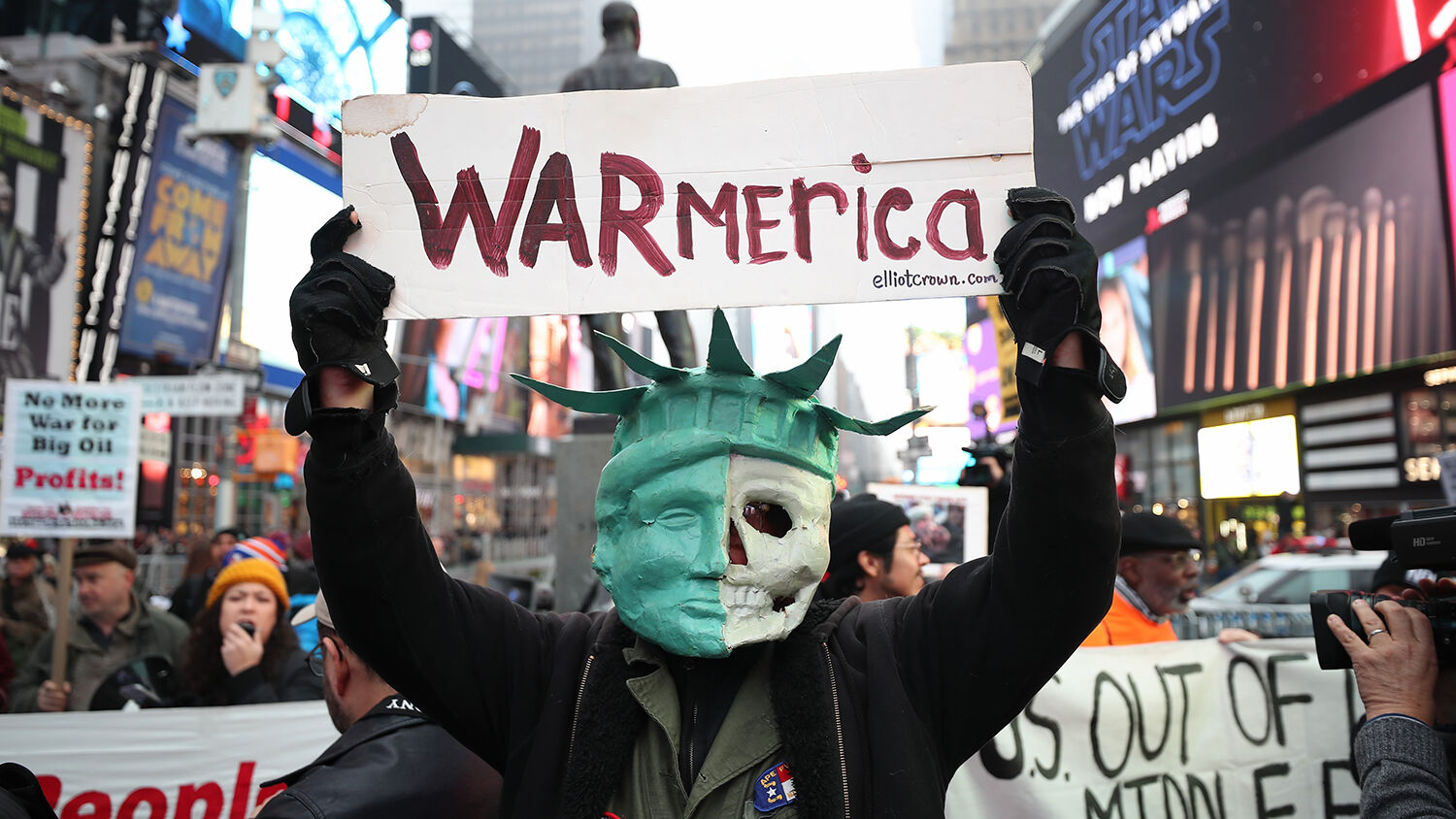 Many Americans no longer believe in the nobility of their cause.

American actress Rose McGowan took to Twitter to apologize to Iran for the January 2 attack that killed the commander of the Islamic Revolutionary Guard Corps Quds Force, Qassem Suleimani. In the tweet, she also lambasted the Trump administration by calling it a “terrorist regime” holding the nation hostage.

Predictably, Shiite Iraqi militia conglomerates are angry. However, they are joined by some Americans, not just actors like McGowan, but also Democratic presidential candidates and political commentators, who are condemning United States President Donald Trump for green-lighting the attack, expressing fear of conflict with Iran.

Soleimani was a murderer, responsible for the deaths of thousands, including hundreds of Americans. But this reckless move escalates the situation with Iran and increases the likelihood of more deaths and new Middle East conflict. Our priority must be to avoid another costly war.

Sen. Bernie Sanders blasted the president for these actions that, as he put it, set the U.S. on the path to “another disastrous war.”

Trump’s dangerous escalation brings us closer to another disastrous war in the Middle East that could cost countless lives and trillions more dollars.

Trump promised to end endless wars, but this action puts us on the path to another one.

Political commentator Emma Vigeland asserted that the attack on Suleimani was an illegitimate and unjustified “act of war.”

Imagine the Iranian government assassinated Mike Pompeo with a drone, at the direction of the president, and called it self defense.

That’s exactly what the US did by killing Soleimani — an act of war.

The only difference is Iran’s self defense claims would be more legitimate.

Last year, U.S. Gen. Stanley McChrystal called Suleimani “singularly dangerous,” the man uniquely positioned to shape the future of the Middle East. Suleimani led the Iraq shadow war against the U.S.; he was responsible for the continuation of the Assad regime in Syria; he authorized the violent murder of protesters in Iraq; and he orchestrated attacks on coalition bases that led to the deaths of over 600 American service members and the wounding of thousands more.

But in the wake of his death, many Americans are criticizing President Trump for the attack, citing concerns that the move will escalate tensions with Iran and risk war.

This reaction is a stunning fulfillment of Bible prophecy!

God tells America in this end time that He “will break the pride of your power … and your strength shall be spent in vain” because of the nation’s sins (verses 18-20). Today, sin and lawlessness are rampant in the U.S., with fornication, homosexuality, drug use and abortion all enjoying mainstream support. As a consequence, God has broken the pride of America’s power.

Americans are no longer proud of their country or supportive of the fight against terrorist-sponsoring nations such as Iran. Instead, they view their own government as the terrorists.

This is exactly what God said would happen to the nation that turned its back on Him. …

What a curse! America still has plenty of power, but the pride in that power has been broken. Our national will is broken. And no nation suffering this curse can long endure.

To be sure, the killing of Suleimani was a bold move. The impact of his death is not to be underestimated, and an Iranian response is to be expected. But his death does make the region of the Middle East safer—that is why many Iraqis celebrated after his death was announced.

Mr. Hilliker continued, “God wants us to be bold. He wants us to be people of strength. If you believe in your cause, you are irrepressible! If you are plagued by doubt and self-loathing, the faintest gust of adversity will blow you off course. If you are weak, God can do little with you.”

Sin breeds insecurity, doubt and fear. But God says that the righteous are as bold as a lion. He wants us to be bold and have righteous pride in Him and the power that He has given us. To better understand what has happened to the U.S., read “America’s Broken Will,” by Trumpet editor in chief Gerald Flurry.