The very foundation of America’s constitutional system of government is under attack. 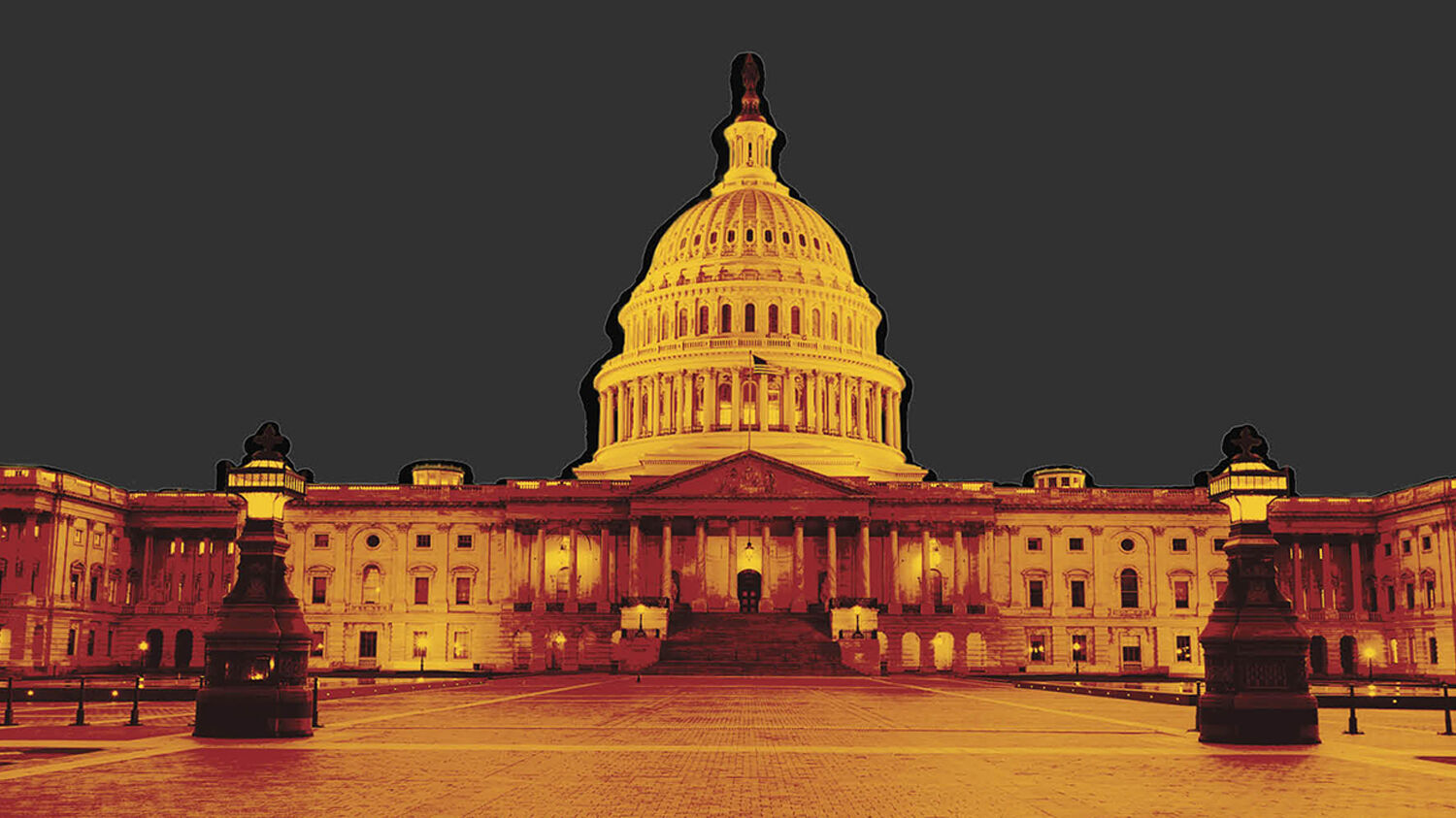 The very foundation of America’s constitutional system of government is under attack.

United States Attorney General William Barr gave a stunning speech at the University of Notre Dame in October, a speech that should move people to take note of the seriousness of the times. He warned that the Judeo-Christian moral foundation that America was founded upon is under attack by academics, activists, actors, educators, journalists, media moguls, politicians and secularists of all stripes.

This attack threatens the very foundation of America’s constitutional system of government.

Mr. Barr loves the U.S. Constitution and understands this noble document as few men do. My father, Trumpet editor in chief Gerald Flurry, has stated that God surely had a hand in Mr. Barr’s appointment as attorney general. He was attorney general under President George H.W. Bush in the early 1990s, and it is remarkable that he decided to take the job again. He seemed to come out of nowhere, and the timing of his nomination, hearings and confirmation is significant.

The attorney general’s speech is a message that God wants America to hear. In His mercy, God is exposing the corruption in American politics and giving people one last chance to repent before the nation plunges into a time of unparalleled calamity.

The attorney general began his speech by describing mankind’s capacity for self-government. He said that no society can endure that does not restrain individual greed and selfishness. But who is ultimately responsible for ensuring that people do not oppress their neighbors?

“By and large, the founding generation’s view of human nature was drawn from the classical Christian tradition,” Mr. Barr said. “These practical statesmen understood that individuals, while having the potential for great good, also had the capacity for great evil. Men are subject to powerful passions and appetites, and, if unrestrained, are capable of ruthlessly riding roughshod over their neighbors and the community at large. No society can exist without some means of restraining individual rapacity. But if you rely on the coercive power of the government to impose those restraints, the framers believed, this would inevitably lead to a government that is too controlling, and you will end up with no liberty, just tyranny” (ibid).

America’s founders faced the same dilemma that all civilizations face: How do you restrain selfish, lawless people without turning to an authoritarian government—which will inevitably be ruled by selfish, lawless people? The conclusion that George Washington, John Adams, Alexander Hamilton, John Jay, Benjamin Franklin, Thomas Jefferson and James Madison came to was that the individuals had to learn to restrain their own selfish and lawless human nature. This obviously required religion and morality.

“[T]he founders decided to take a gamble, and they called it a great experiment,” Mr. Barr continued. “They would leave the people broad liberty. They would limit the coercive power of the government and they would place their trust in the self-discipline and virtue of the American people. In the words of Madison, ‘We have staked our future on the ability of each of us to govern ourselves.’”

When the founders spoke about “self-government,” Mr. Barr said, they were not primarily referring to governmental structures that put power in the hands of the majority. They were referring to each individual’s capacity to restrain his own human nature and govern himself. They were referring to moral character, which is especially important in a free republic, where restraints are not enforced by “philosopher kings.”

This is why an American constitutional republic is only suitable and sustainable for a moral people.

As John Adams explained it, “We have no government armed with power capable of contending with human passions unbridled by morality and religion. Avarice, ambition, revenge or gallantry would break the strongest cords of our Constitution as a whale goes through a net. Our Constitution was made only for a moral and religious people. It is wholly inadequate to the government of any other.”

As long as most Americans voluntarily submit to God’s Ten Commandments, the U.S Constitution is a relatively effective governing framework that prevents tyrants from rising to power and guarantees a large amount of liberty to the people. But if people refuse to submit to the law of God, the same form of government will yield anarchy, until an authoritarian leader rises up to restore order.

“As far as human government goes, the United States started about as right as any government man has ever produced,” my father writes in Character in Crisis. “Critics today can say what they will about why it started right. But the Founding Fathers all seemed to be in perfect agreement on the issue. The country began in fertile ground because it was founded upon religion and morality.”

In the summer of 1787, Elizabeth Powel approached Benjamin Franklin as he exited the Constitutional Convention. The account goes that she asked, “Well, doctor, what have we got, a republic or a monarchy?” Franklin’s reply: “A republic, madam, if you can keep it.” Like America’s other founders, Franklin knew that if we fail to establish and maintain the rule of law, our republic is doomed!

Over the past century, society has abandoned even basic tenets of biblical morality. “[M]odern secularists dismissed this idea of morality as sort of otherworldly superstition imposed by a killjoy clergy,” Mr. Barr continued. “But in fact, Judeo-Christian moral standards are the ultimate utilitarian rules for human conduct. They reflect the rules that are best for man, not in the by and by, but in the here and now. They are like God’s instruction manual for the best running of man and the best operation of human society, and by the same token, violations of these moral laws have bad, real-world consequences for man and for society. We may not pay the price immediately, but over time, the harm is real.”

Militant secularists no longer have a “live and let live” attitude toward biblical moral codes, he said. They are no longer content to live a lawless lifestyle and leave others to practice their faith. In fact, he said, many government officials in the Obama administration seemed to “take delight” in compelling people to violate both the moral codes of the Bible and their conscience by forcing religious employers to fund contraceptive and abortifacient coverage in their health plans. Secularists in many state governments take the same delight in forcing Christian bakers to cater homosexual weddings.

Progressive activists think they are moral and upright, and that circumstances in America are improving as they go about destroying religion, morality and the institution of family. But this view is deranged. Just look at the social wreckage that family breakdown has caused. As Mr. Barr pointed out, we see record levels of depression and mental illness. We are witnessing soaring suicide rates and a deadly drug epidemic that is killing more than 70,000 people a year. We see swelling numbers of angry and alienated young males rioting in the cities and committing mass shootings.

Where is the progress? Look around and you see immense suffering, wreckage and misery!

“This is not decay, this is organized destruction,” Mr. Barr warned. “Secularists and their allies have marshaled all the forces of mass communication—popular culture, the entertainment industry and academia—in an unremitting assault on religion and traditional values.”

Americans are not keeping their republic. It is in grave danger of descending into anarchy and war. And the reason is that people abandoned “God’s instruction manual” and indulged their own selfish, lawless human nature.

Attorney General Barr is describing America under attack. He does not discuss Satan the devil, nor does he grasp the depth of Satan’s role in this attack. But the Bible reveals that Satan is “the prince of the power of the air, the spirit that now worketh in the children of disobedience” (Ephesians 2:2). It also prophesied that Satan would be cast to Earth in the end time (Revelation 12:9). The devil is full of wrath (verse 12), and he has gotten control of society, particularly the radical left.

Abraham Lincoln once stated, “All the armies of Europe, Asia and Africa combined, with all the treasure of the earth (our own excepted) in their military chest, with a Bonaparte for a commander, could not by force take a drink from the Ohio or make a track on the Blue Ridge in a trial of a thousand years. … If destruction be our lot, we must ourselves be its author and finisher. As a nation of freemen, we must live through all time or die by suicide.”

The devil understands this fact well, which is why he is attacking America from the inside.

“Many people scoff about there even being a devil—while he’s tearing them apart!” my father writes in his booklet America Under Attack. “They don’t understand anything about God, nor do they know the devil. Until they do, the problems will only intensify.” The only solution to our massive problems is repentance toward God (Ezekiel 33:11). “Satan’s growing wrath against [America, Britain and Israel] as his time grows shorter will climax in the worst suffering in human history—what the Bible calls the Great Tribulation” (ibid; request your free copy).

Attorney General Barr does not specifically mention Satan, but he is unmasking the devil’s work. It is very likely that God did have a hand in Mr. Barr’s appointment as attorney general so he could help expose the lawless spirit that has taken over academia, politics, entertainment and the news media.

God’s great desire is to bless America and all other nations with peace and prosperity. But He is not a tyrant who will force people to follow His laws against their will. So He is allowing people to learn from their mistakes as part of a plan to develop character in individuals—the character required to willingly submit to God’s government and overcome selfish, lawless human nature.